So, what do you do when you are a candy collector, you’ve launched a blog about collecting candy, and you’ve got five hours and ten stops in a country where all the candy packaging is different?  You buy a lot of candy, that’s what. 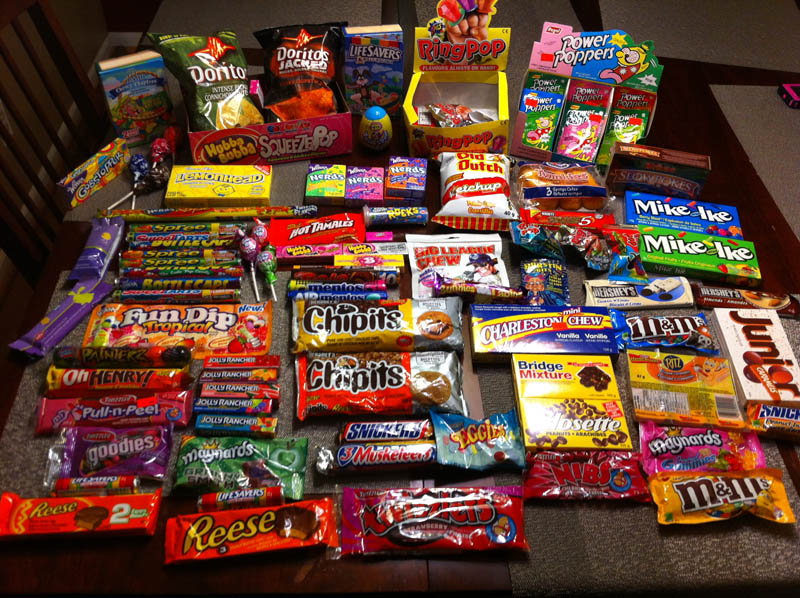 Even though I love picking up current packaging, I have to say, things might have gotten a bit out of hand today.  I’ve never bought close to this much candy in a single day.  But boy it was fun.

While Canada borders the United States, it shares more candy heritage with the United Kingdom than it does with the USA.  Of course, the country used to be a part of the British Empire, so it makes sense.   This all makes a visit to a typical Canadian candy isle a bit of an exotic experience for someone from south of the Canadian border.

Here are some of the highlights of the days’ take.

Did you know Canada has its own Nerds flavor?  They get Peach Nerds in Canada – but you won’t find them in the United States: 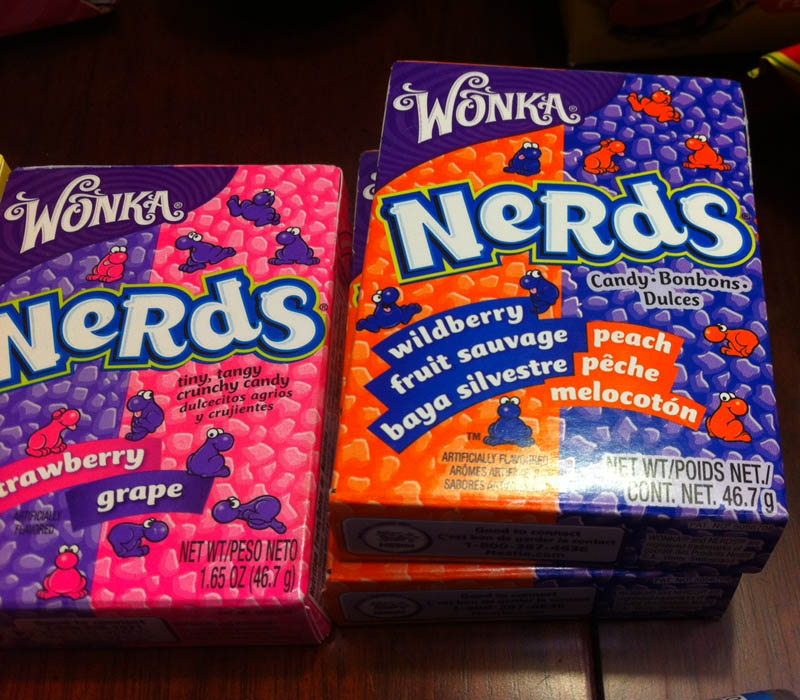 They have some great packages for Jolly Ranchers: 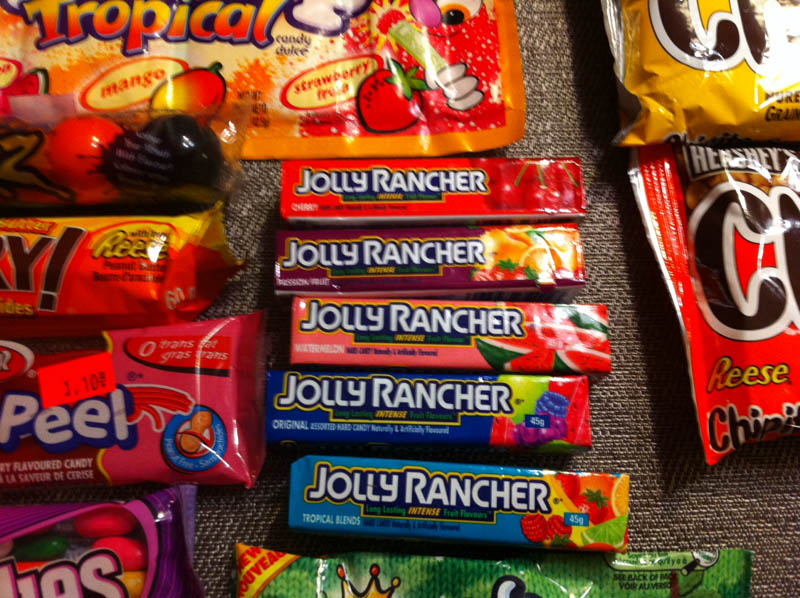 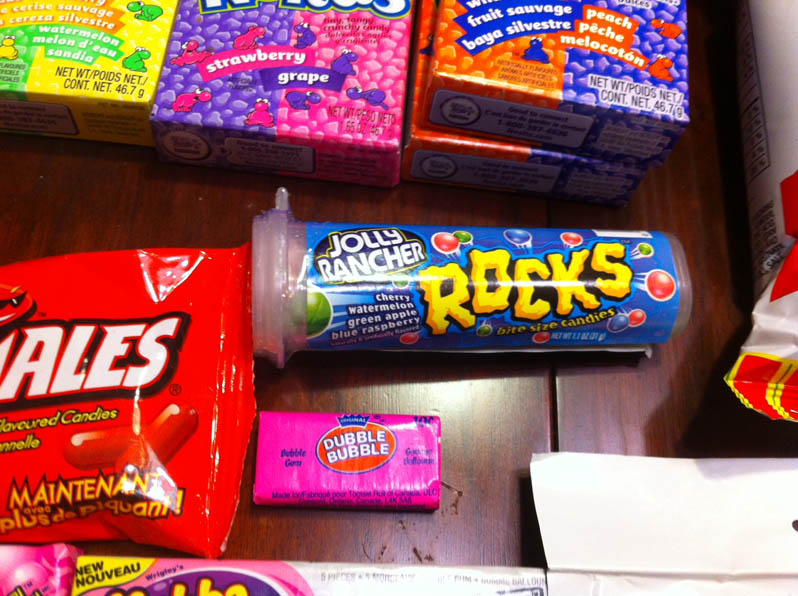 Even chocolate chips get a fun treatment north of the border:

Finally, here’s a few flavors of Power Poppers – think Pop Rocks, but with a crazy mascot – I found these at the last small corner variety store I stopped at during my cross-Ontario tour: 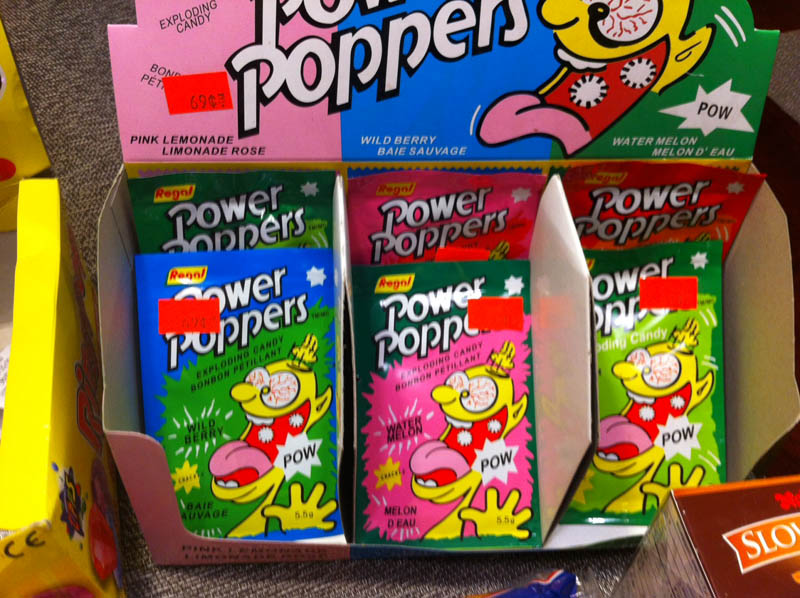 My last images to be shared for today are from an oddball variety store I stopped at while in Canada this afternoon.  The name of the place; “Milk & Things”.  Emphasis on “& Things”: 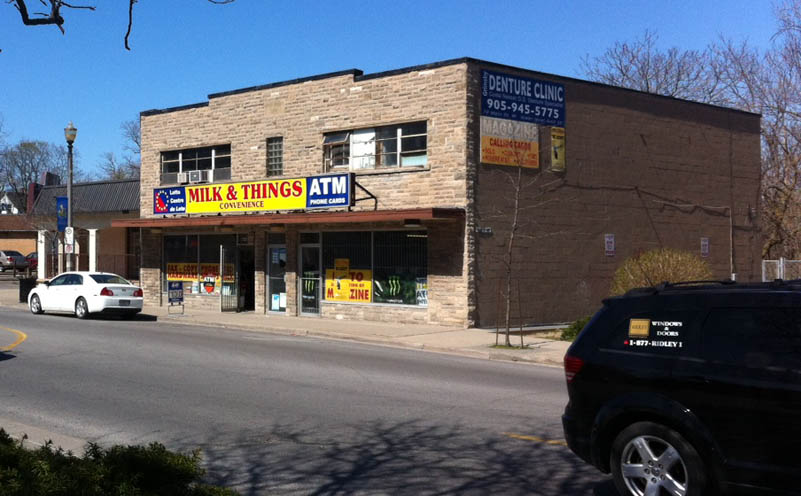 Milk & Things - They have lots of things in here.

I walked into Milk & Things, and it was exactly the kind of candy collecting scenario I hope for;  shelves and shelves of candy, most of it covered by dust.  Yeah, it was pretty disgusting, but they had American candy in there, and some of it going back to 2003 – it was crazy.  Here are some of the things I found there: 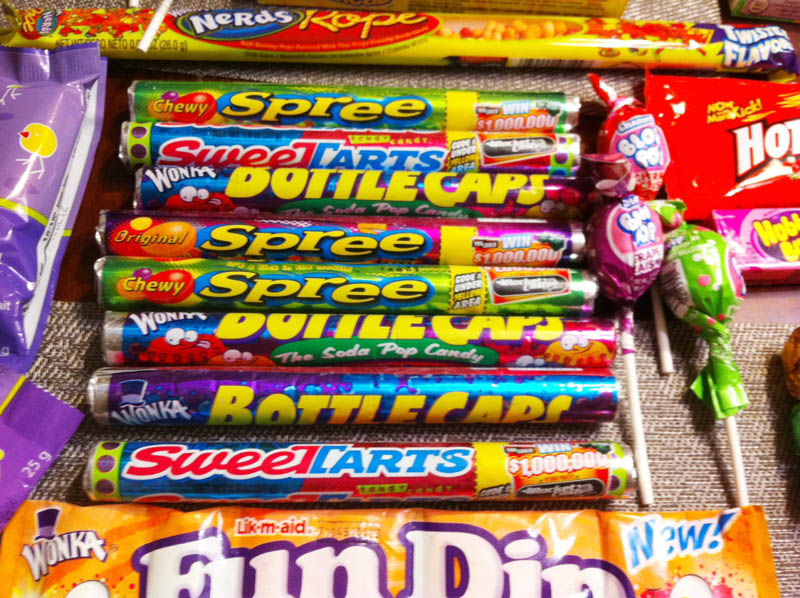 That’s all for today’s post.  It was a whirlwhind three-and-a-half-hour trip through Ontario, on the way to Michigan – which turned into about eight hour with stopping for meals, and hunting for candy.   Tomorrow is Easter and in recognition of that, I hope to bring together a diverse range of Easter-themed pieces from my collection to share.  I’m still adapting to working “from the field trip”, but I think it’s all worth it.  I’ve got a lot more from the field to share in the coming days.  Have a great holiday, everyone!

A New York City based writer, editor and sometimes actor. After spending much of the 1990′s in the comic book business helping tell the stories of Marvel Comics’ X-Men as series editor, he has since split his time between developing his own entertainment properties while still consulting and working on others. Having been described as “the Indiana Jones of lost and forgotten candy”, Jason is one of the country’s premier candy collectors and historians with his discoveries appearing in countless blogs, magazines, newspaper articles, and books. Always happy to share his knowledge and unique perspectives on this colorful part of our popular culture, Jason has consulted with New York’s Museum of Food and Drink and has also been a featured guest on Food Network’s Heavyweights, France’s M6 Capital, and New York’s TheActionRoom.com. My Google Profile+
View all posts by Jason Liebig →
This entry was posted in Uncategorized, Wonka and tagged Canada, Canadian, candy, collectible, collecting, collection, packaging, sweets, vintage, Wonka. Bookmark the permalink.