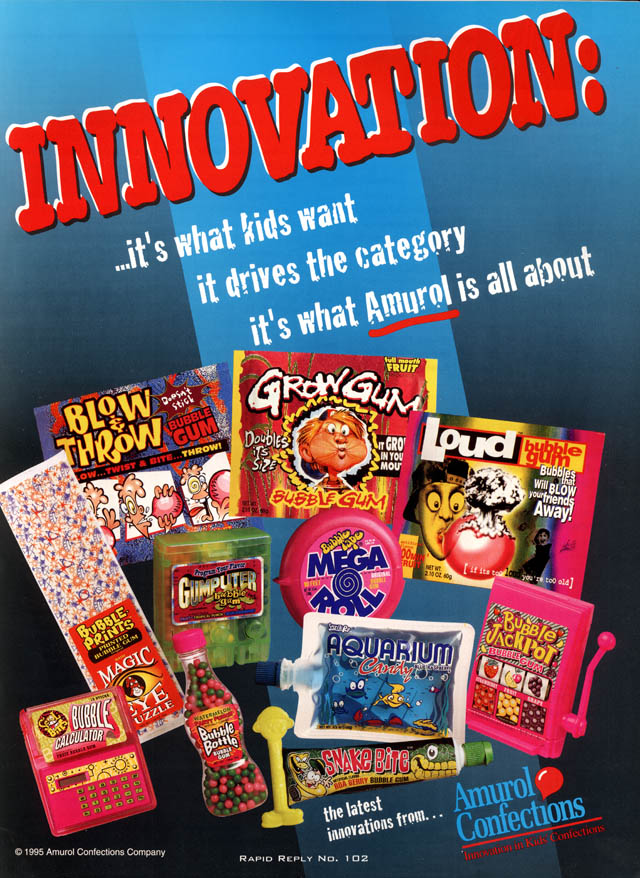 I’ve spoken before about Amurol, the division of Wrigley responsible for things like Big League Chew and Bubble Tape among many other fun products.  Though they started as a sugarless gum company, they ended up becoming the novelty arm of their larger Wrigley parent.  The amount of novelty gum products they came up with in the 1980’s and 1990’s rivaled that of the established novelty gum manufacturers.  In fact, 1995 saw the release of a particular fun range from them.

The trade ad at the top of today’s article is a great guide for me to sort through what I have here and present a small selection of pieces.  I don’t have every item pictured, but I have a few.  So without further adieu, let’s get to it: 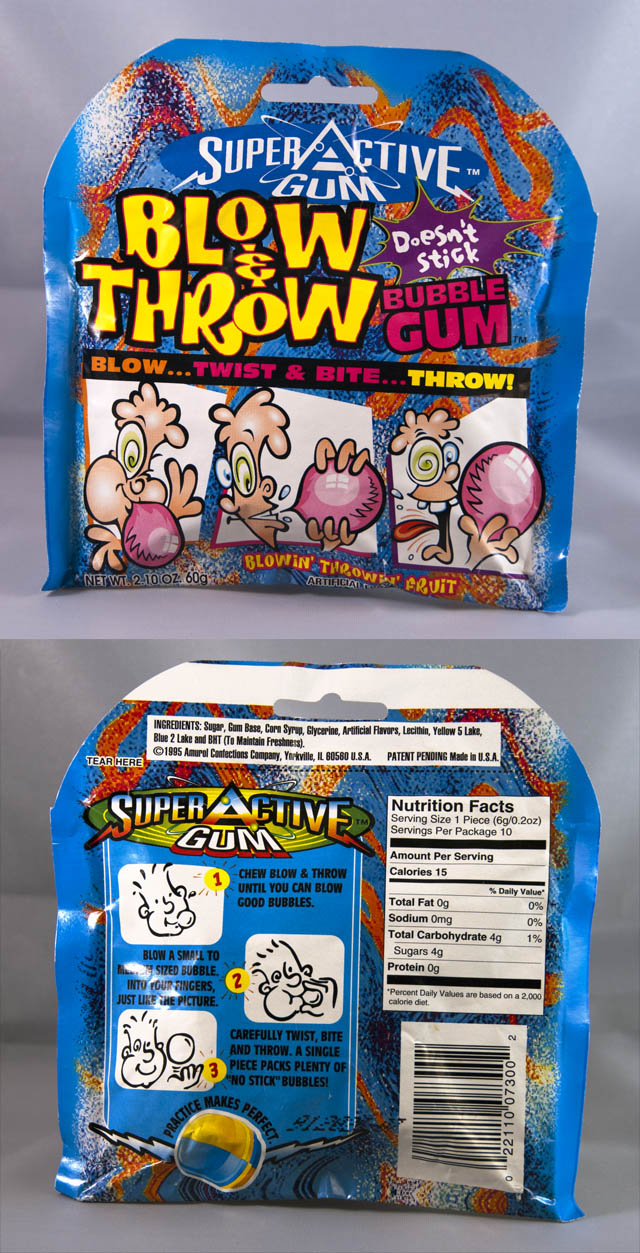 I really dig the Super-Active Gum branding, as well as the crazy ideas behind them.  I don’t think anyone else has ever tried to market a bubble gum to be thrown.  I have another Super-Active Gum pouch pack, and it’s my favorite, as it features a great illustration by the artist who created the original Big League Chew mascot art, Bill Mayer [Bill tells me this piece was created for general point-of-purchase displays, but was heavily edited and used on this packaging anyway.]: 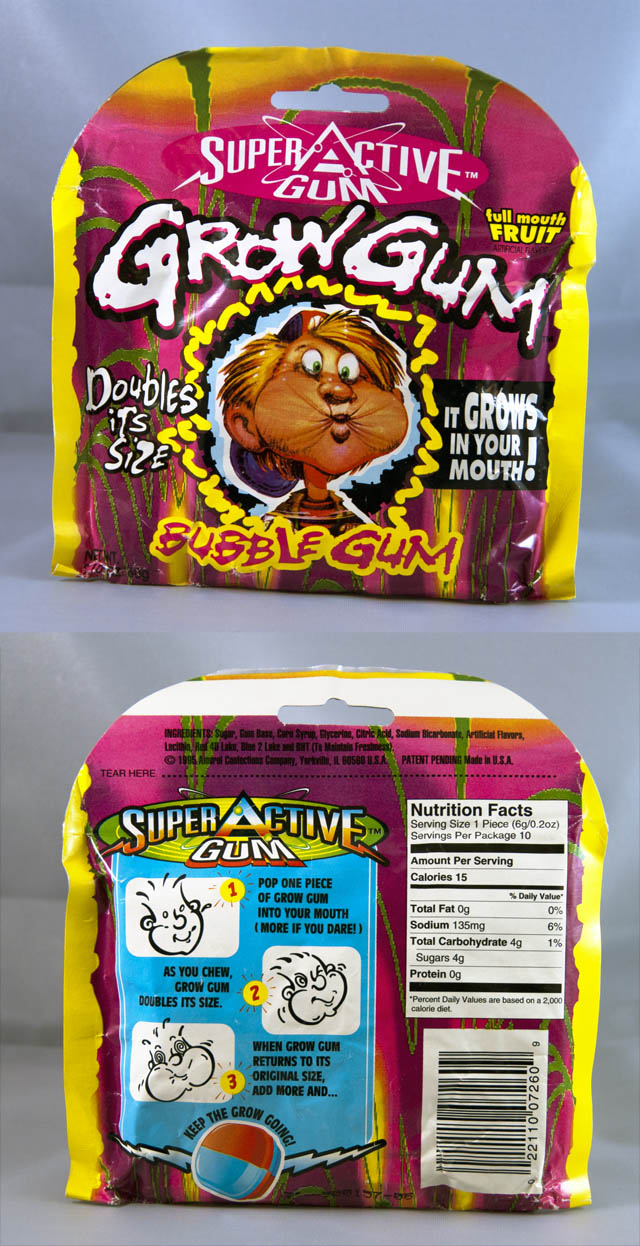 Next up is a pair of bubble gum novelty containers in the form of devices.   With these, it’s the container that is the novelty, rather than the gum itself: 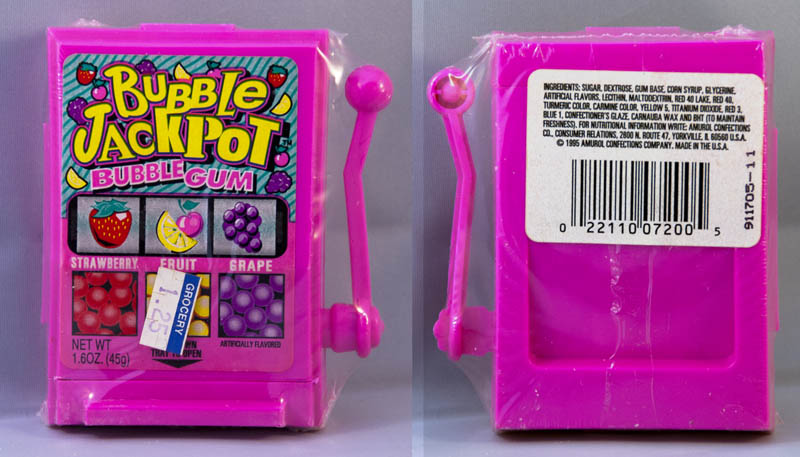 Amurol produced quite a few novelty container products in the 1990’s, and eventually I’ll be sharing more right here on the site.

Next up is a particularly fun one from the squeeze-gum category.  I recall trying Bazooka’s squeeze gum when it was first introduced in the late 70’s or early 80’s.  I liked it but it took a lot to get decent bubbles out of it.  I never tried this one when it was out, though: 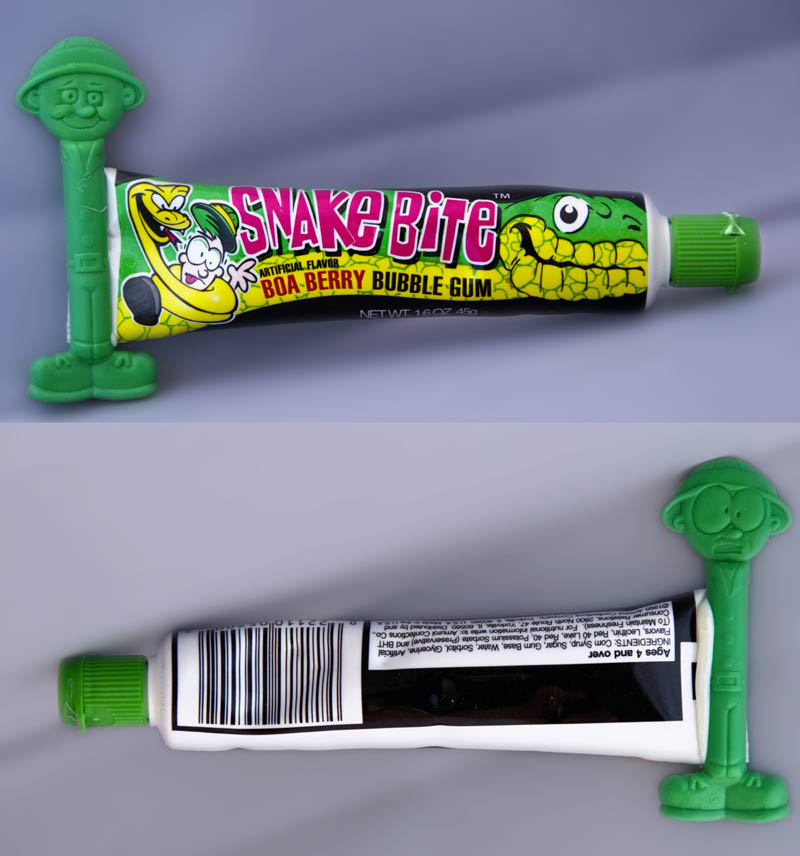 Last but not least is probably the weirdest of the items I have to show today.  The 1990’s gave us a number of fads, but one that I never could quite warm up to was the Magic Image thing.   While it wasn’t for me, a ton of people did enjoy the game of finding the hidden image in the patterns, and never one to miss a trend, Amurol produced a gum product based on them. 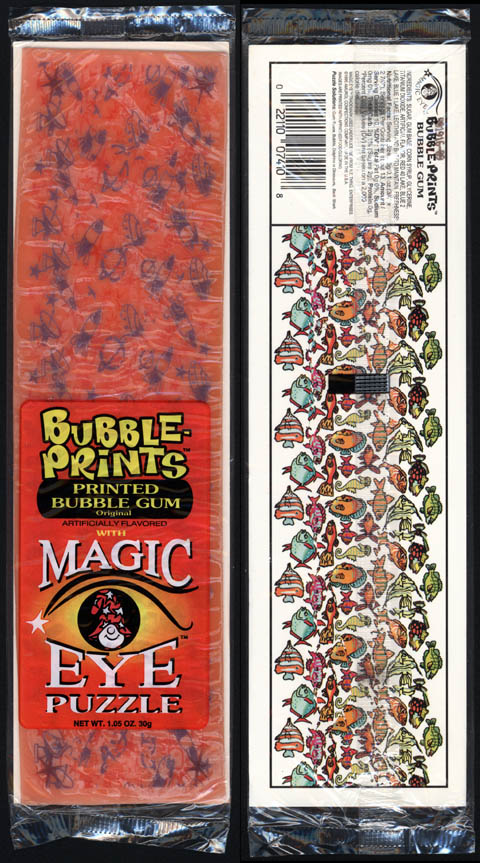 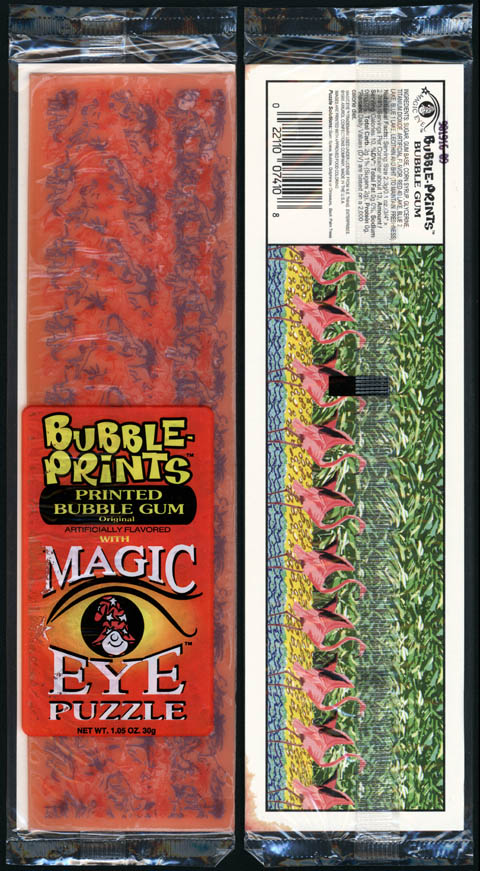 That’s all I have in my collection from Amurol’s 1995 Innovation ad.

One I don’t have but that I’d love to find, is a pouch of that “Loud” bubble gum – it looks pretty cool and is probably another of the Super Active Gum line.

See you next time with more CollectingCandy.com fun!

A New York City based writer, editor and sometimes actor. After spending much of the 1990′s in the comic book business helping tell the stories of Marvel Comics’ X-Men as series editor, he has since split his time between developing his own entertainment properties while still consulting and working on others. Having been described as “the Indiana Jones of lost and forgotten candy”, Jason is one of the country’s premier candy collectors and historians with his discoveries appearing in countless blogs, magazines, newspaper articles, and books. Always happy to share his knowledge and unique perspectives on this colorful part of our popular culture, Jason has consulted with New York’s Museum of Food and Drink and has also been a featured guest on Food Network’s Heavyweights, France’s M6 Capital, and New York’s TheActionRoom.com. My Google Profile+
View all posts by Jason Liebig →
This entry was posted in 1990's, Bubble Gum, Novelty and tagged 1990's, 90's, Amurol, bubble, bubblegum, candy, collectible, collecting, collection, confection, confectionery, gum, kids, mascots, nostalgia, nostalgic, novelty, packaging, retro, silly, sweets, vintage, Wrigley. Bookmark the permalink.