I’ve covered Valentine’s Mike and Ike and Hot Tamales boxes from previous years before, back when they last redesigned their seasonal packaging in 2014.   This year, they’ve broke with tradition and instead of giving us just a pair of new boxes, we get six!   It’s pretty awesome and since I’m traveling right now I’ll keep my commentary to a minimum and get to the goodies.  First up are the Mike and Ike’s. These have a fun, loose design sense about them that I think works quite nicely: 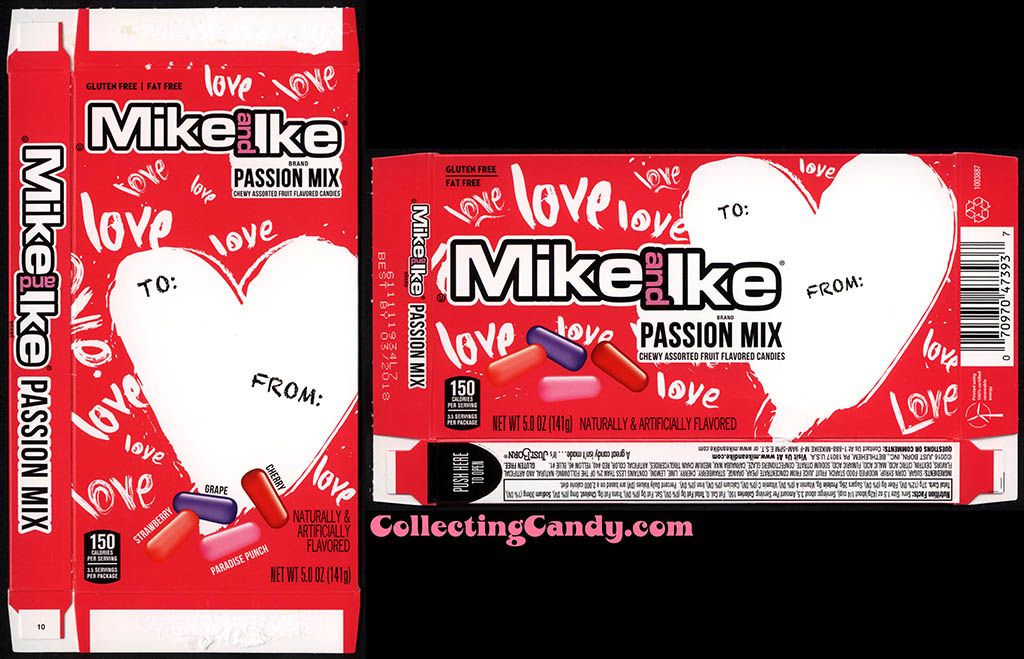 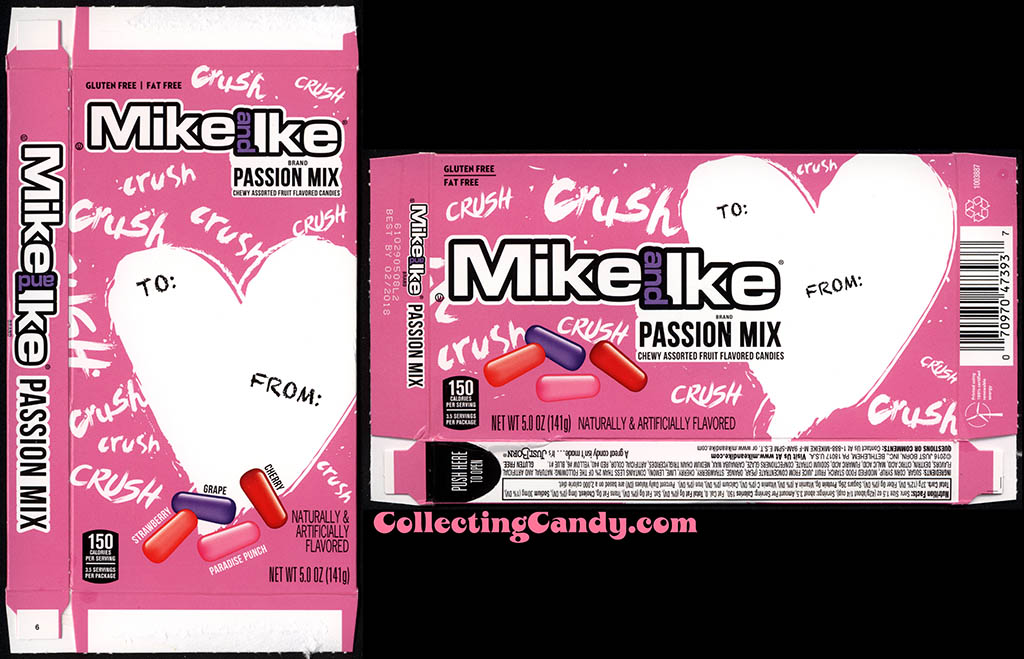 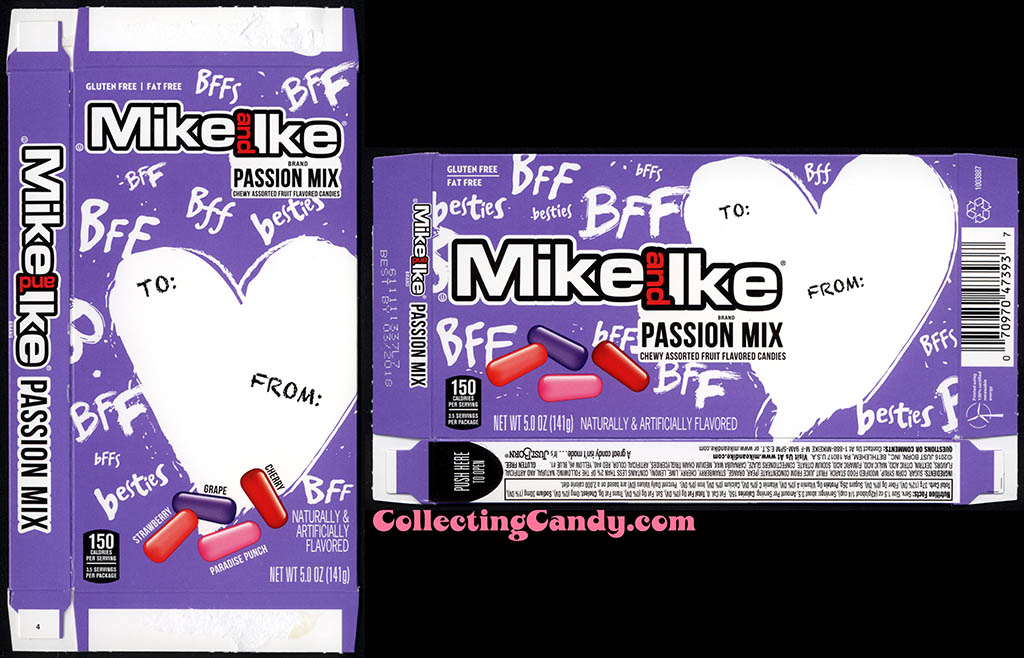 These are a significant departure from the version on shelves the last couple of years as you can see based on this box from 2014: 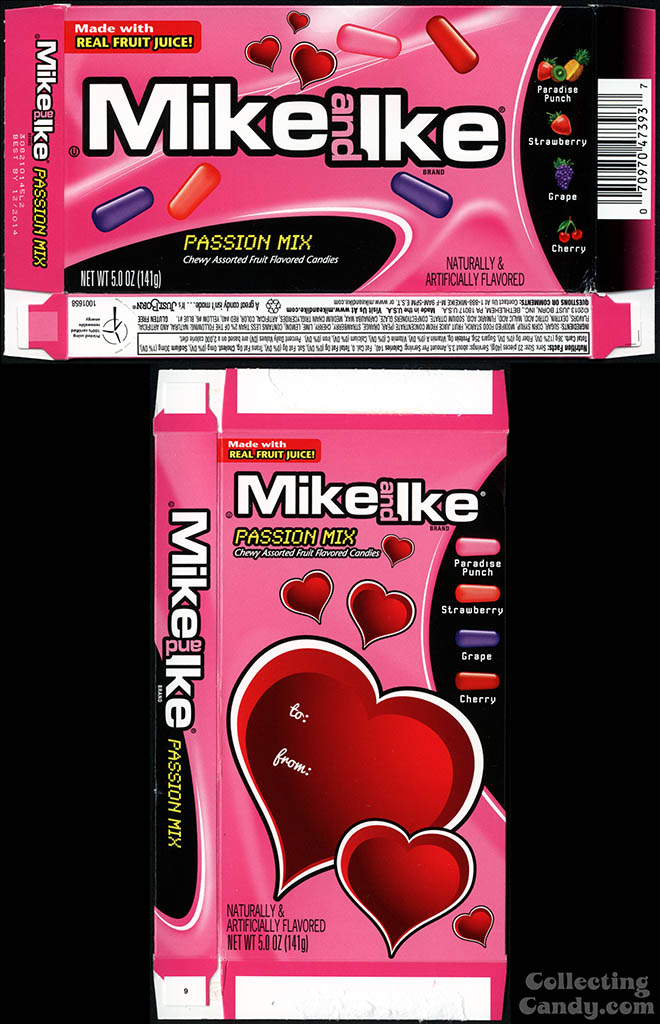 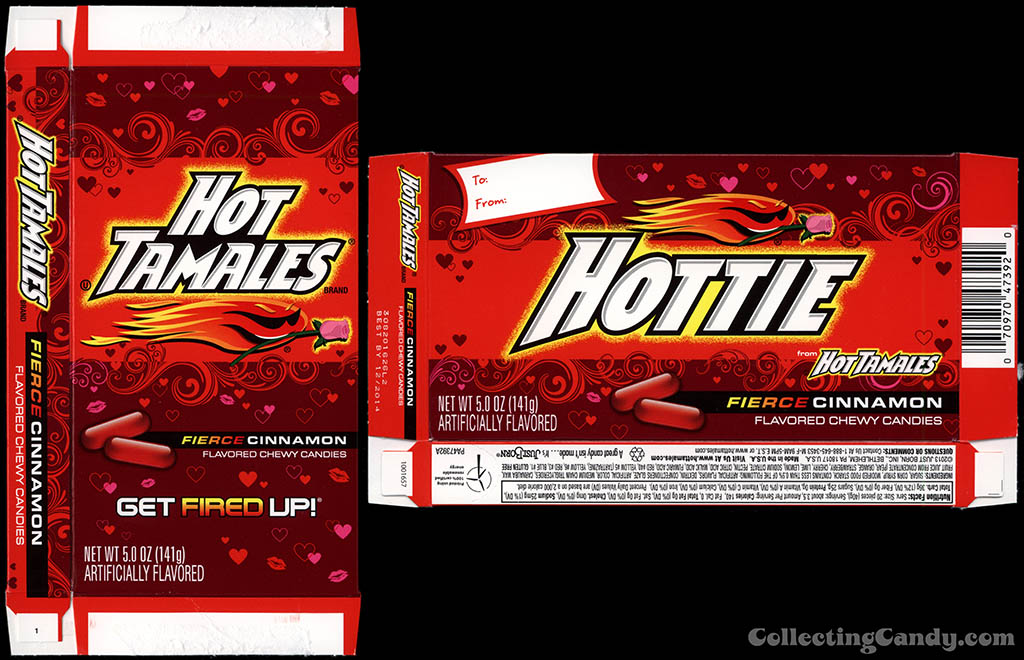 The “Hottie” box returns in the trio of Target-exclusive boxes (albeit with a remixed color scheme) joined by two other seasonal phrases: 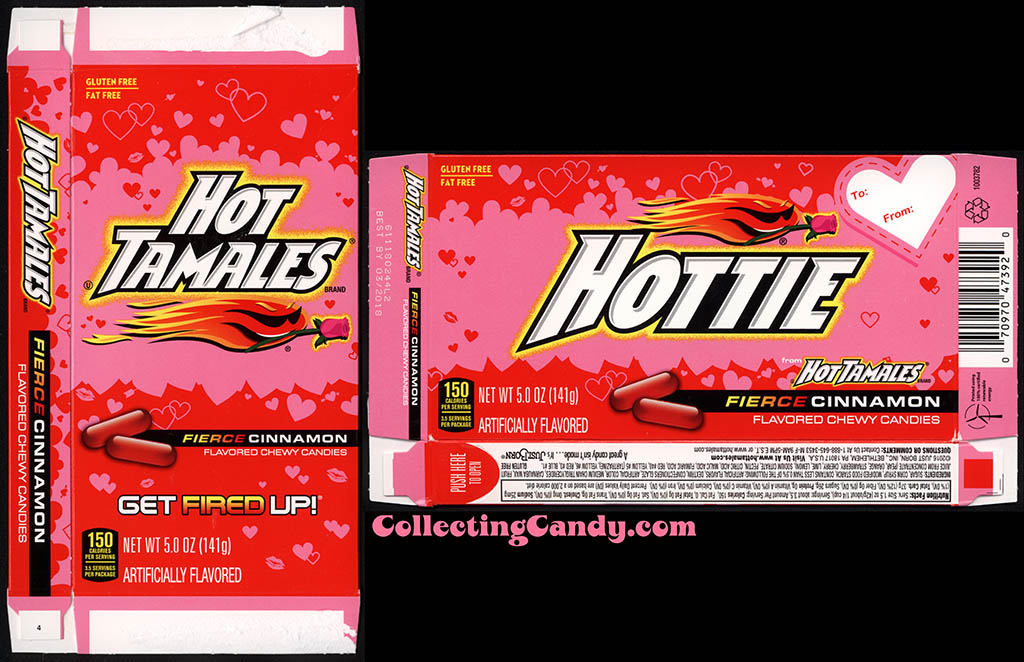 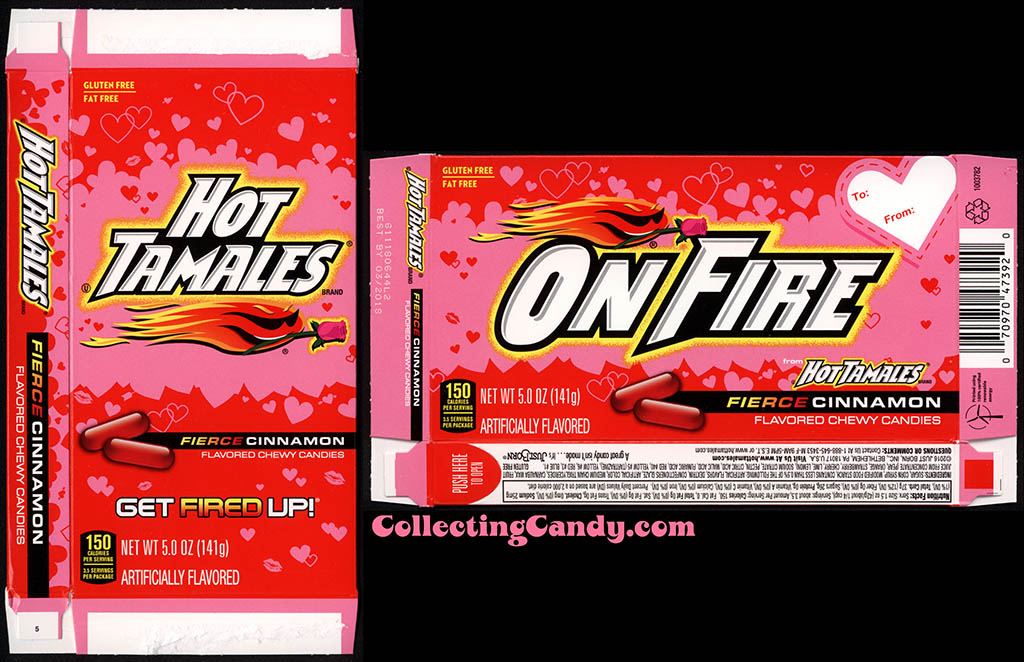 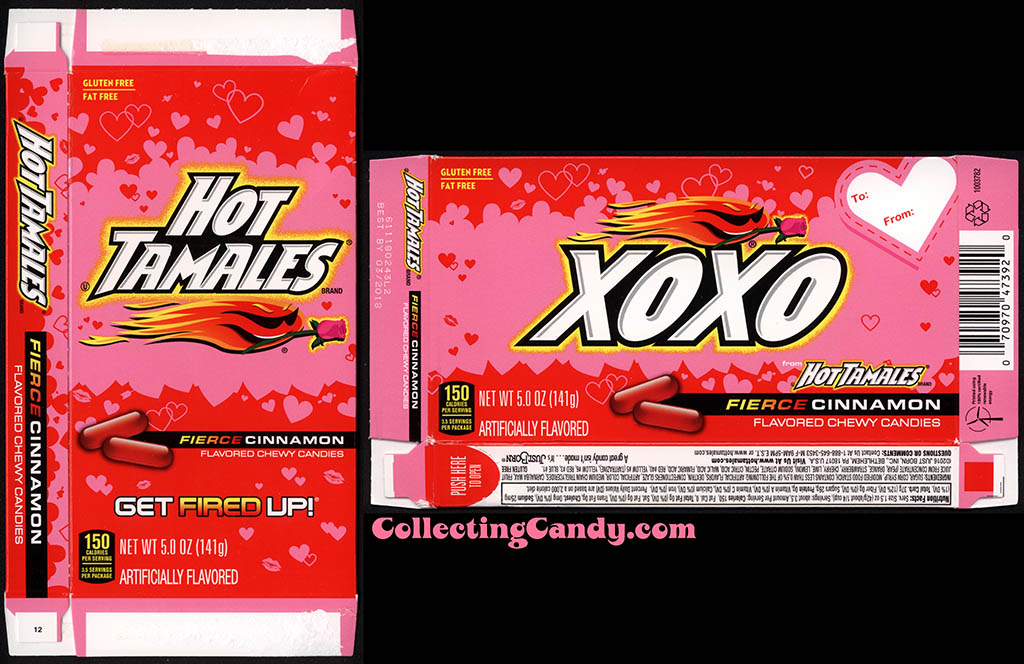 I really dig what Just Born did with their sextet of new Valentine’s candy boxes for 2017 – it’s great stuff (and from a collecting standpoint, chasing six boxes is always more fun than chasing two).

Now, just for fun, here’s a look at some of the earlier Just Born Valentine’s packaging I’d featured in my previous article on the subject: 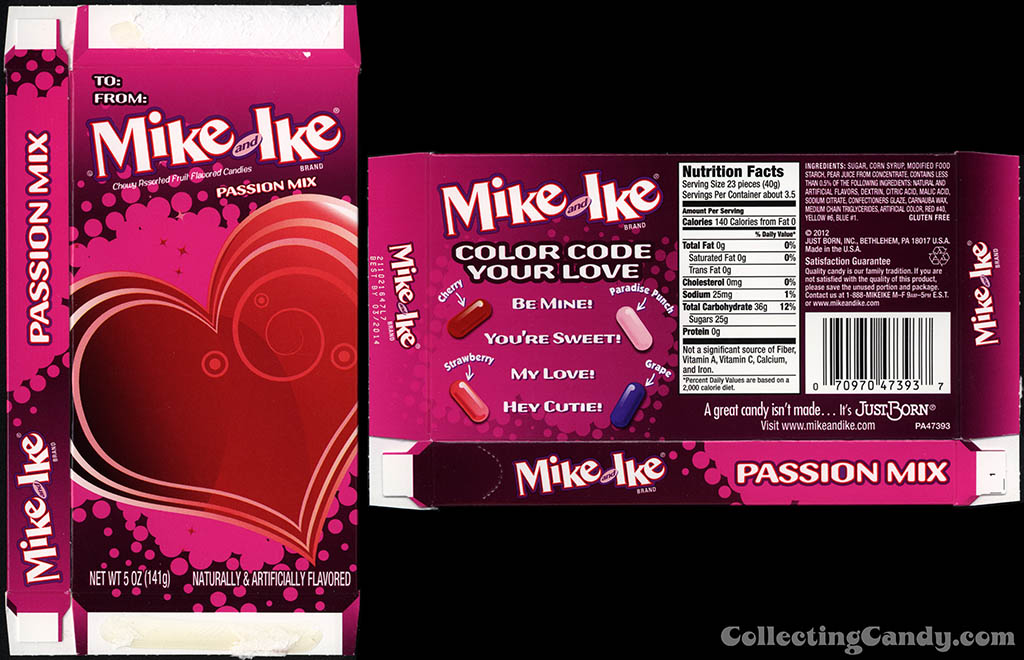 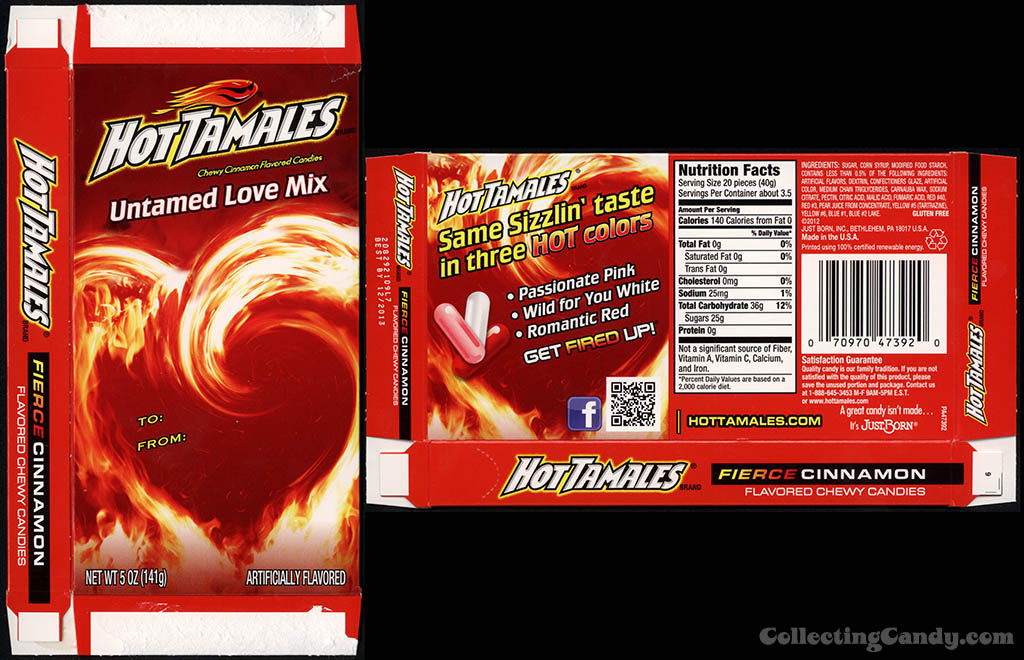 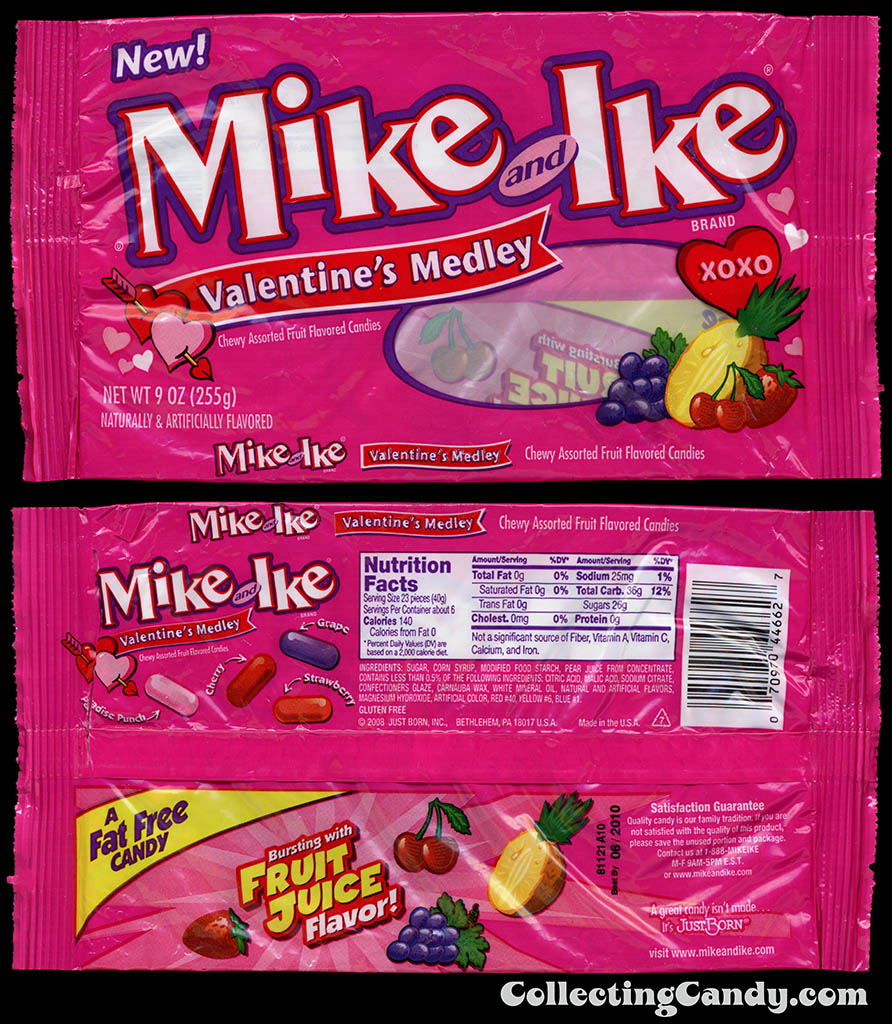 And that’s everything I’ve got on this 2017 Valentine’s post and my look at Just Born’s awesome new assortment of Mike and Ike and Hot Tamales boxes.

I hope you enjoyed the look at these fun pieces of Valentine’s candy packaging, but more importantly I hope this holiday finds you close to those you love.  Because really, love is what it’s all about.  It’s everything.

See you next time.

A New York City based writer, editor and sometimes actor. After spending much of the 1990′s in the comic book business helping tell the stories of Marvel Comics’ X-Men as series editor, he has since split his time between developing his own entertainment properties while still consulting and working on others. Having been described as “the Indiana Jones of lost and forgotten candy”, Jason is one of the country’s premier candy collectors and historians with his discoveries appearing in countless blogs, magazines, newspaper articles, and books. Always happy to share his knowledge and unique perspectives on this colorful part of our popular culture, Jason has consulted with New York’s Museum of Food and Drink and has also been a featured guest on Food Network’s Heavyweights, France’s M6 Capital, and New York’s TheActionRoom.com. My Google Profile+
View all posts by Jason Liebig →
This entry was posted in Boxed, Holiday and tagged candy collecting, candy collection, candy collector, candy wrapper collection, candy wrapper collector, collectible, collecting candy, confectionery, confections, packaging, packaging design, sweets, Valentine's, Valentine's candy, Valentine's Day, vintage candy wrappers, wrapper. Bookmark the permalink.