Japan’s Appetizing and Adorable Every Burger!

The folks making candy in Japan have long had a special talent for the unusual, exotic, and downright adorable.  After all, this is the confectionery culture that brought us chocolate-covered tree stumps and over 100 different flavors of Kit Kat.  Along the way, they also created a now-classic treat known the world over; the sweetly miniaturized confectionery sandwich from the Bourbon candy company known as Every Burger.  Make the jump to check it out!

The Bourbon company of Japan has been around a long time, going all the way back to 1923.  I’m not sure if Every Burger goes back nearly that far as I was unable to suss out any known history for the product online.  I can attest that it has been around at least 20 years, as you can see from the following Every Burger box from 1993.  It sports some spectacular graphics showcasing just how ahead of the curve Japanese packaging designers were at the time. 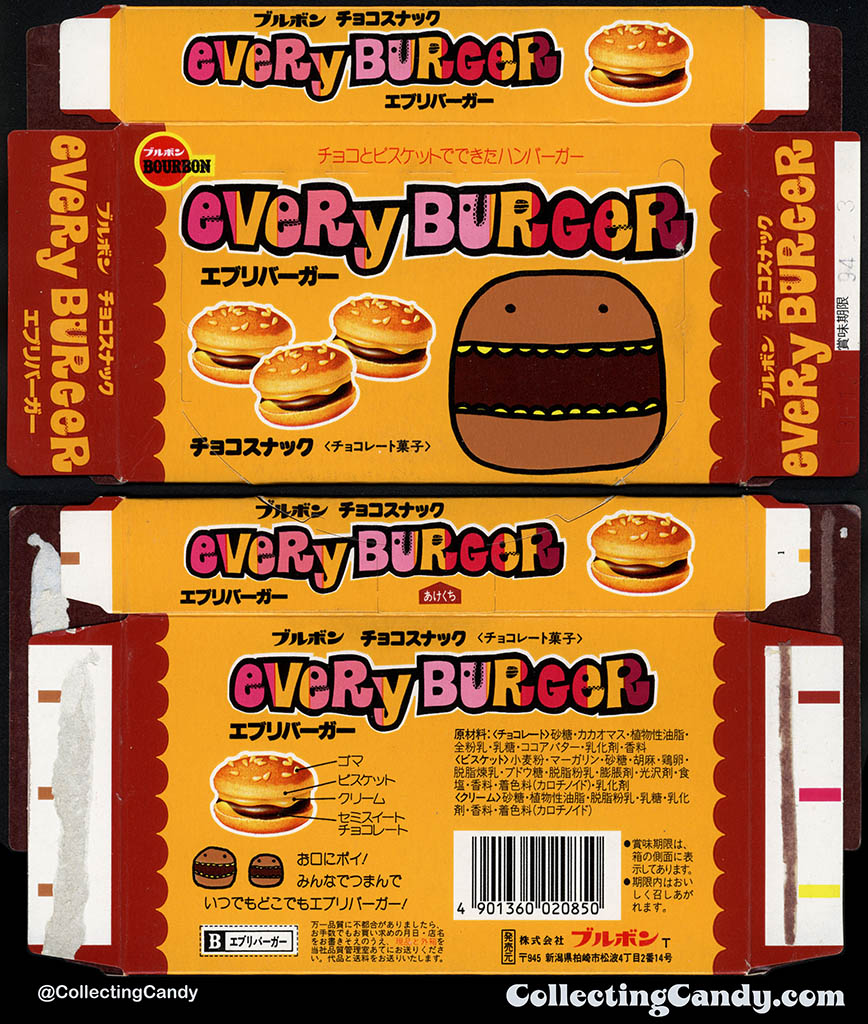 That’s such a fantastic box, it really is the kind of piece that reminds me why I enjoy this material as much as I do.  There are so many things to like about it.

For those that have never had them, Every Burger are meant to appear like tiny little hamburgers-on-buns, complete with faux sesame seeds on those faux buns.   What they actually are is a kind of bite-size chocolate sandwich cookie treat, easily pop-able, leading to a package never lasting more than one sitting.  In other words; perfection.

The next example of Every Burger packaging I have jumps ahead over a decade to 2007 with a more reserved, slick look that is notable for the lack of any kind of character mascot: 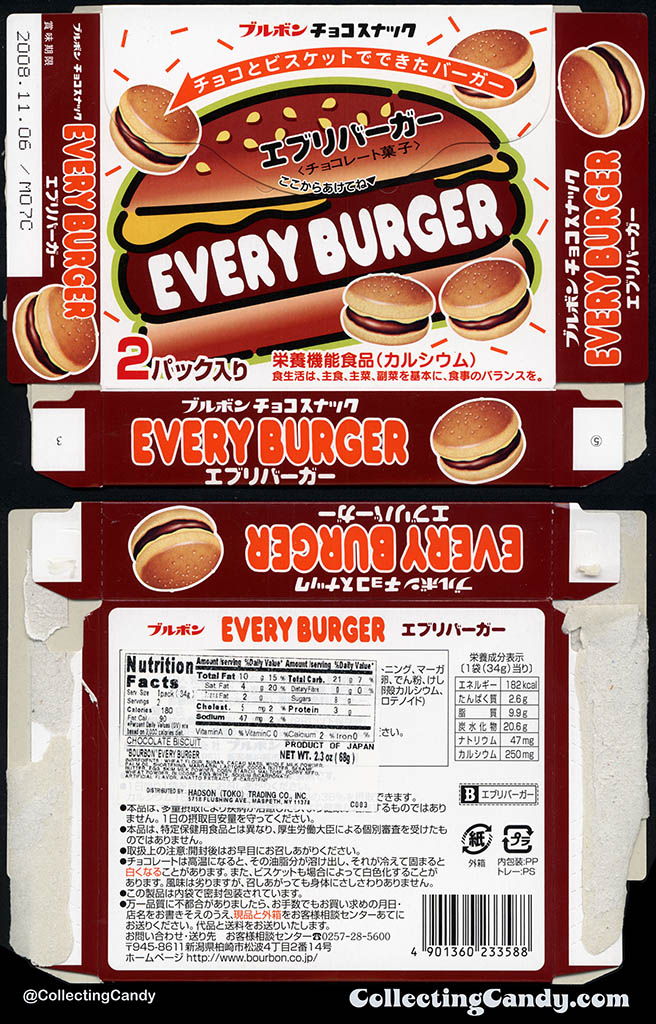 The 2011 packaging for Every Burger was a significant refresh, yet kept inline with the spirit of the previous version: 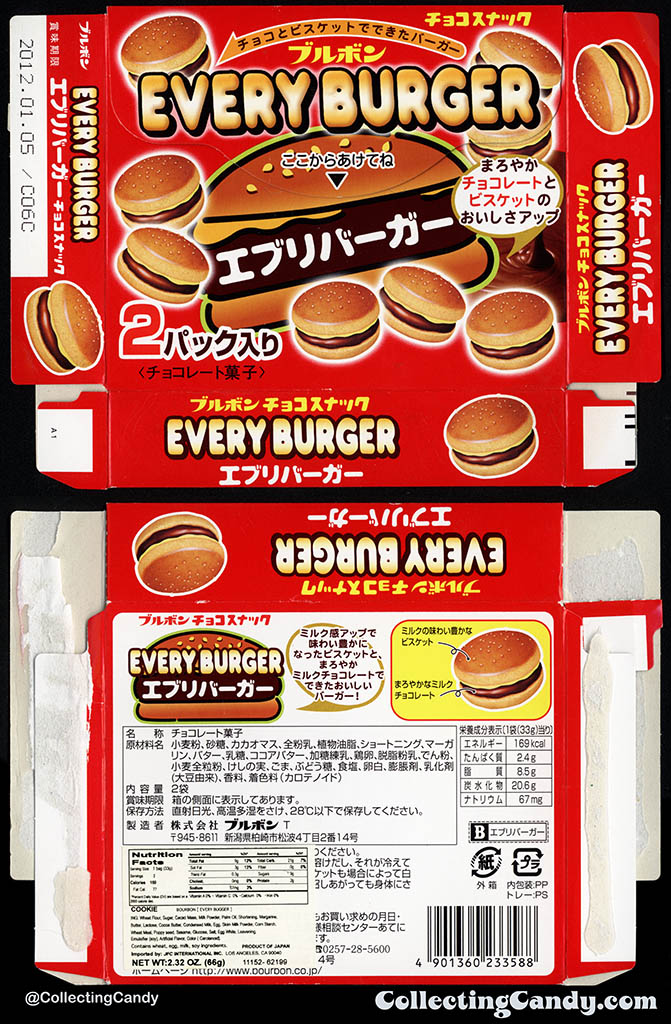 After a number of years without any character mascot on their Every Burger packaging, 2016 saw the addition of the enthusiastic guy seen here: 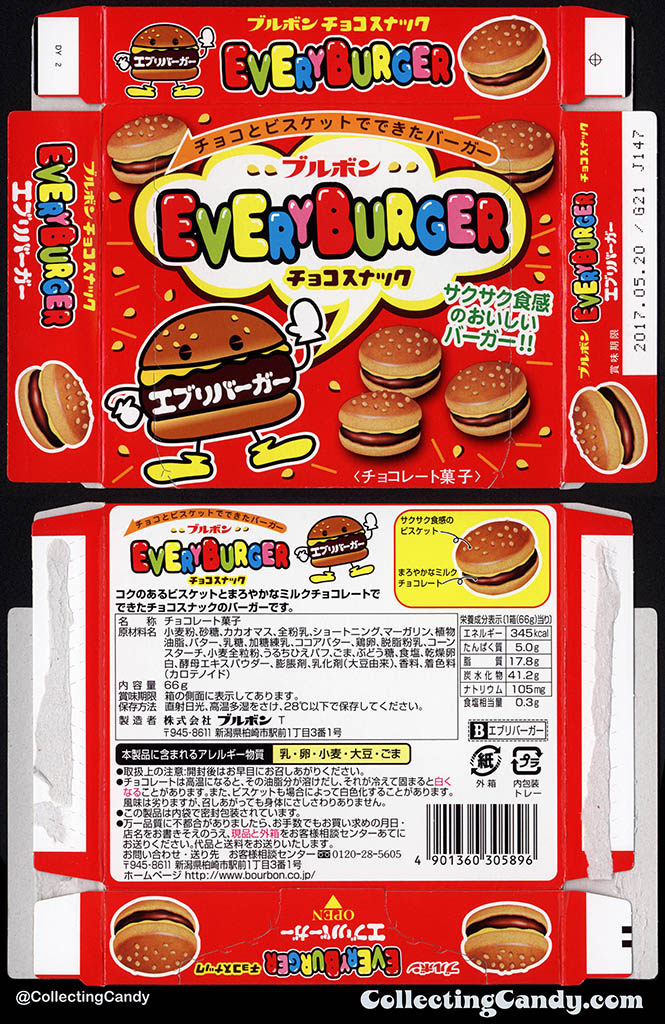 Not only did they bring back a mascot, but Bourbon also released a limited edition Salted Caramel Every Burger in 2016: 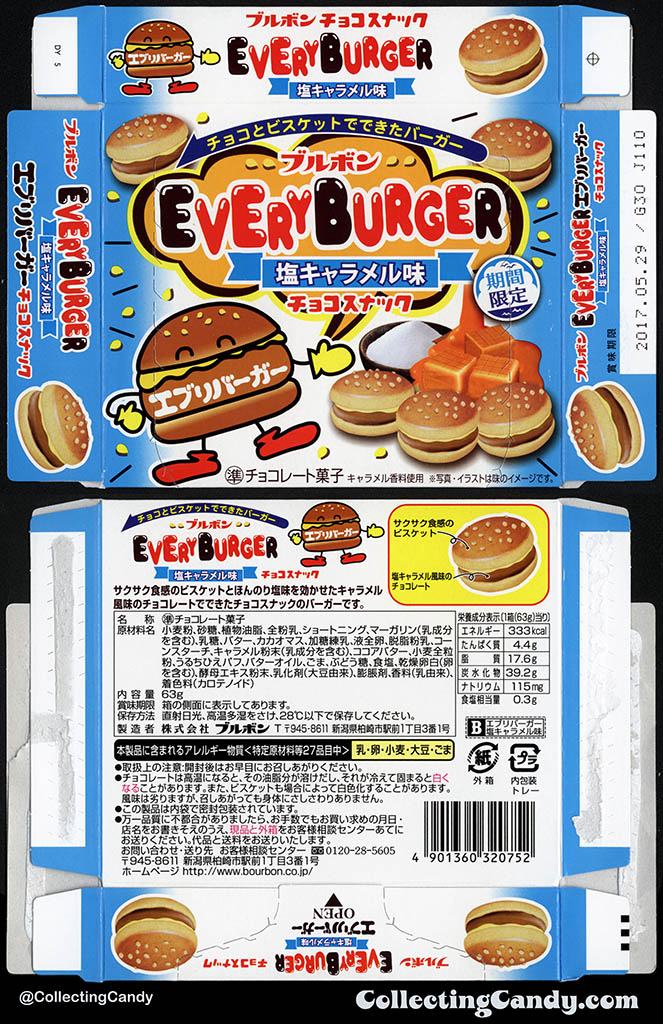 How fun is that?  Just like the regular edition, the salted caramel Every Burger was delightful.  I hope that this means that Bourbon will be playing around with the brand, giving us the occasional special edition release or limited flavor.

That’s all the Every Burger material that I have to share today, but it’s not everything I’ve got to show.

Since I mentioned the chocolate-covered tree stumps at the top of today’s post, I thought they demanded inclusion.  Also from the Bourbon company, here’s a recent package for them, officially called Kikori No Kirikabu (which I just poorly translated to “grilling lumberjack”?): 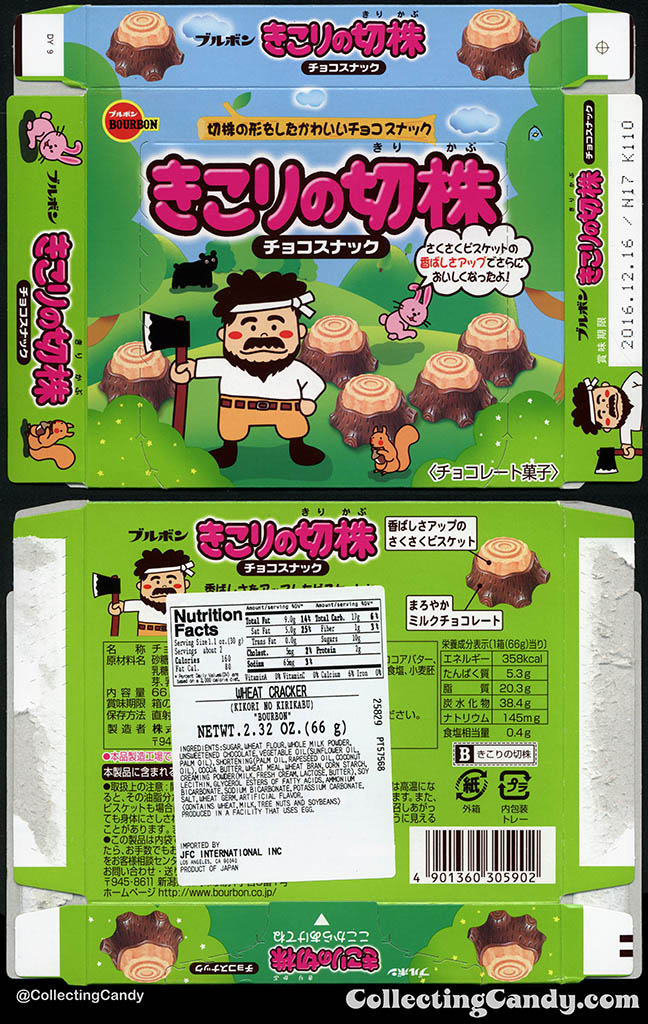 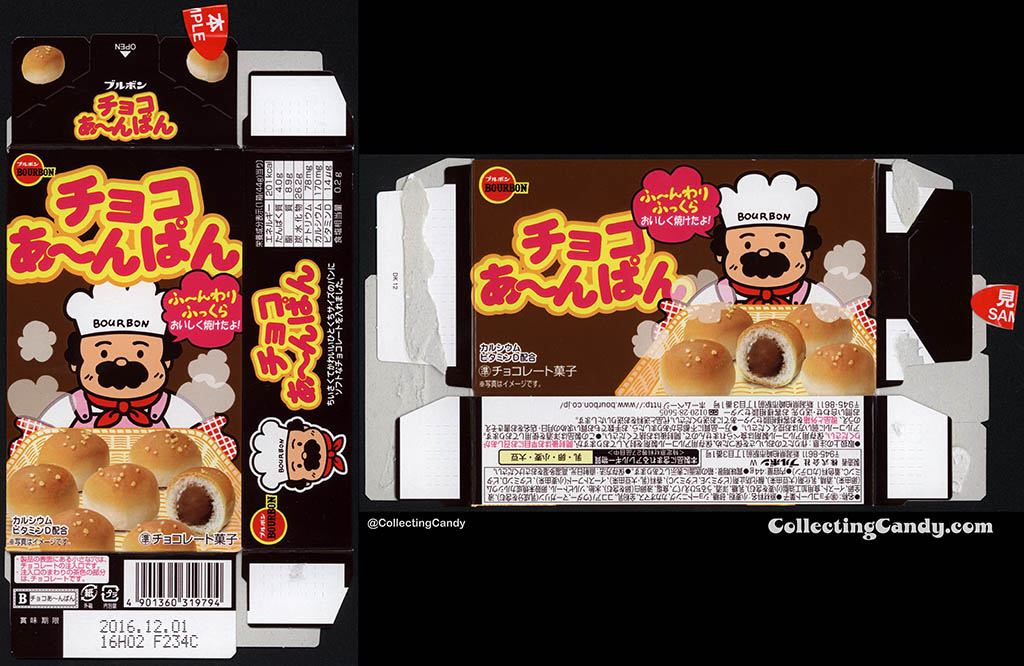 As I pointed out in today’s introduction; if you want unusual, exotic, or downright adorable confectionery treats, there’s no better place to seek them out than the Japanese candy isle or reputable online retailer.   It’s pretty amazing stuff.

And that’s everything I’ve got to share on Japan’s appetizing and adorable Every Burger.   See you next time!

A New York City based writer, editor and sometimes actor. After spending much of the 1990′s in the comic book business helping tell the stories of Marvel Comics’ X-Men as series editor, he has since split his time between developing his own entertainment properties while still consulting and working on others. Having been described as “the Indiana Jones of lost and forgotten candy”, Jason is one of the country’s premier candy collectors and historians with his discoveries appearing in countless blogs, magazines, newspaper articles, and books. Always happy to share his knowledge and unique perspectives on this colorful part of our popular culture, Jason has consulted with New York’s Museum of Food and Drink and has also been a featured guest on Food Network’s Heavyweights, France’s M6 Capital, and New York’s TheActionRoom.com. My Google Profile+
View all posts by Jason Liebig →
This entry was posted in Japanese, Novelty and tagged burger, candy collecting, candy collection, candy collector, candy wrapper collection, candy wrapper collector, collectible, collecting candy, confectionery, confections, foreign, imported, Japan, Japanese, packaging, packaging design, sweets, vintage candy wrappers, wrapper. Bookmark the permalink.

2 Responses to Japan’s Appetizing and Adorable Every Burger!