In honor of our historic 2016 US Presidential Election Day currently in progress, I’ve decided to offer up a bonus post showcasing Spangler’s own 2008 Election for two Dum Dums (Pops).  Make the jump to check it out!

Over the years Spangler has introduced and offered up all manner of limited edition Dum Dum Pop flavors, sometimes even allowing fans to create them.  Back in 2008, they released a special “Pop Vote ’08” assortment featuring eight new flavors with the invitation for consumers to vote to “elect” which two flavors would become a part of the standard variety. 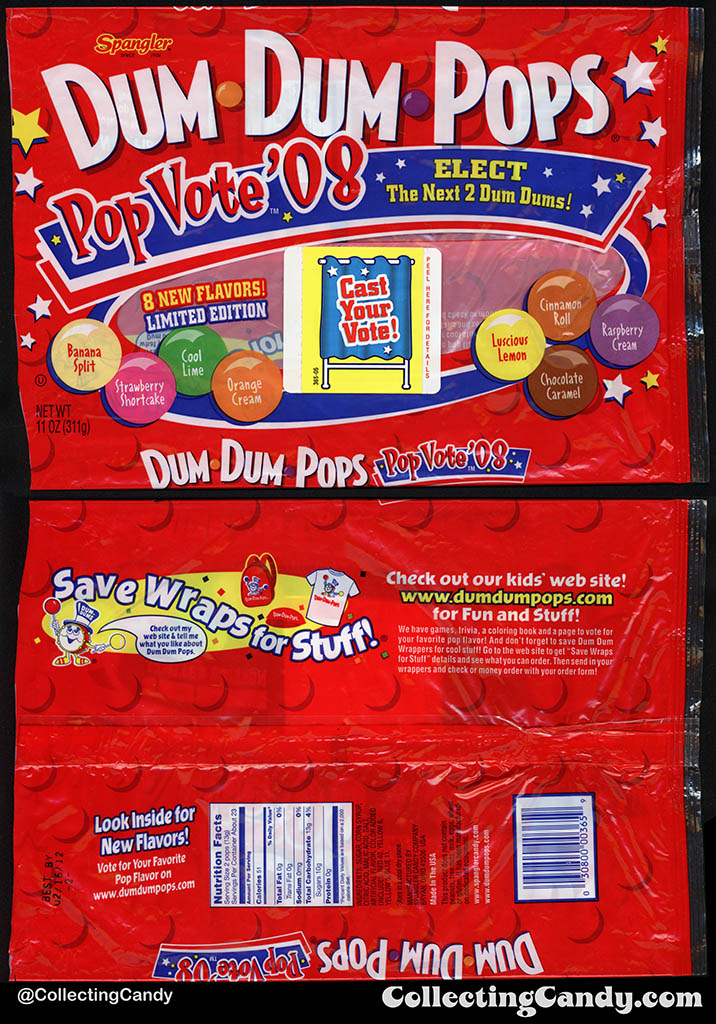 And in a bit of Mad magazine-like humor, the package copy presented us with what I think was a subtle dig at the political system.

The Pop Vote ’08 assortment was a pretty good one with eight new Dum Dum Pop flavors presenting their candidacy: 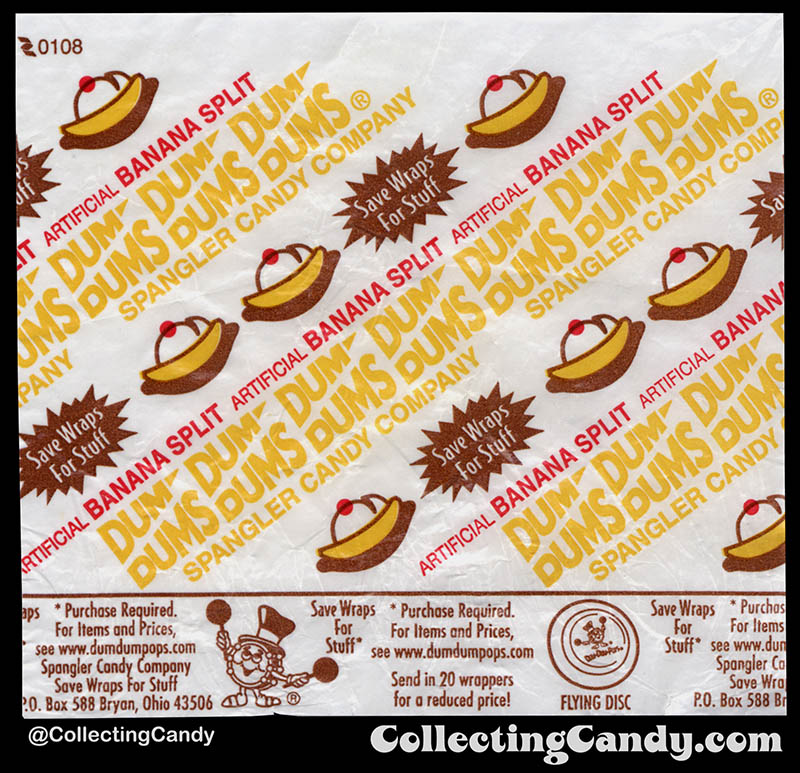 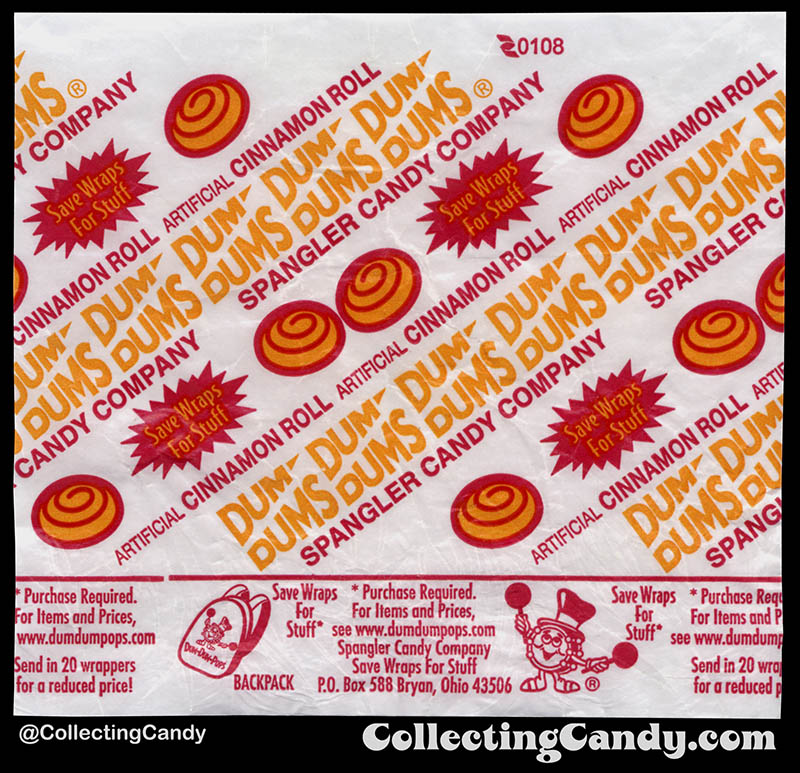 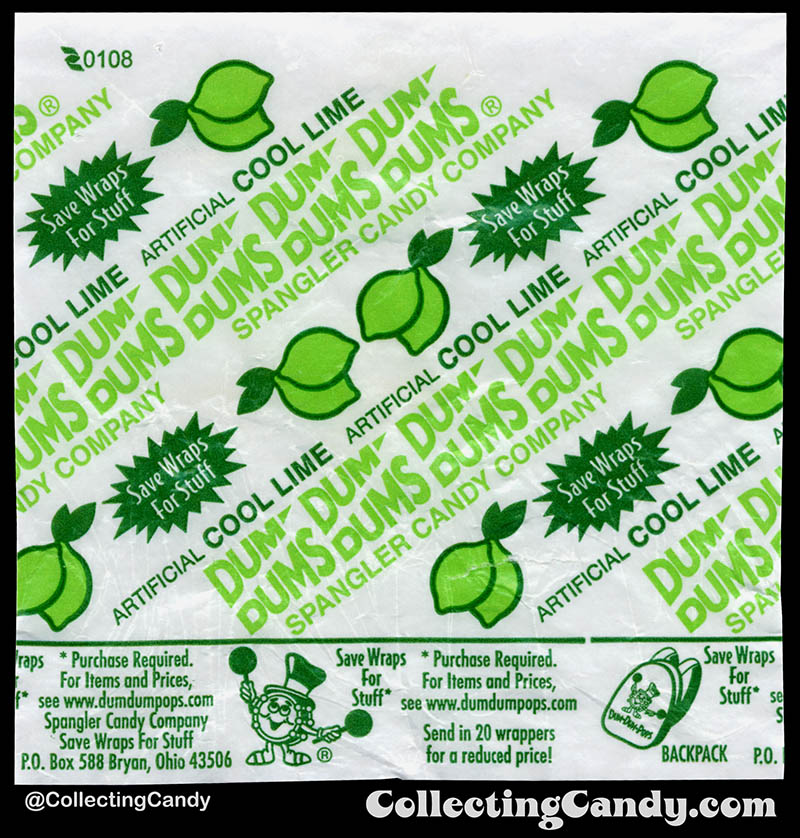 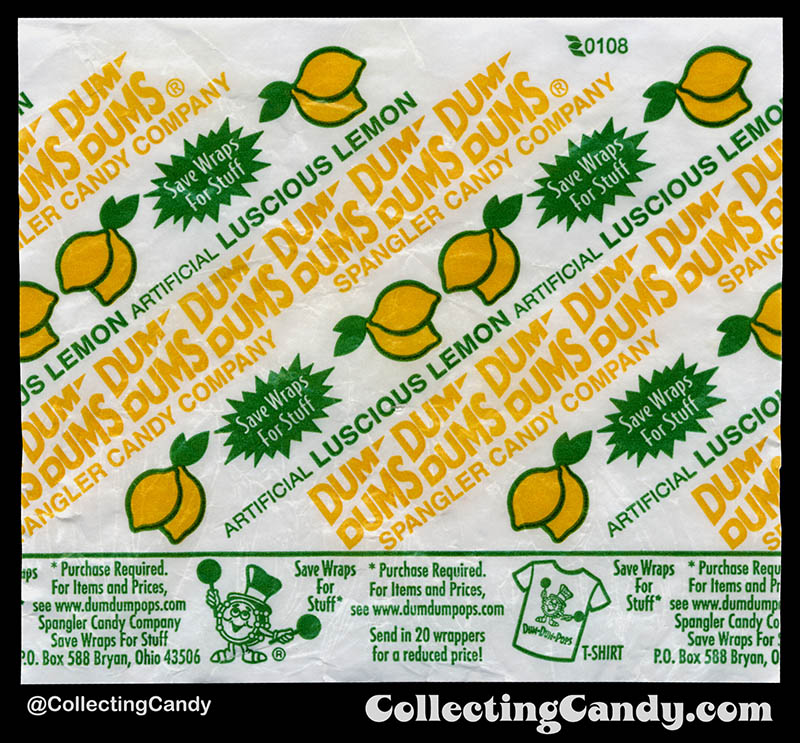 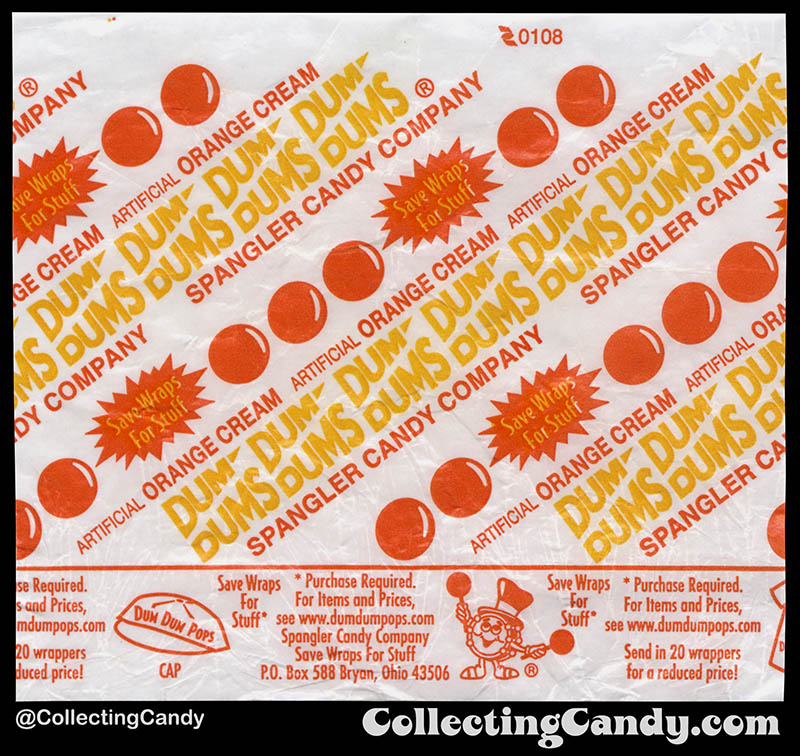 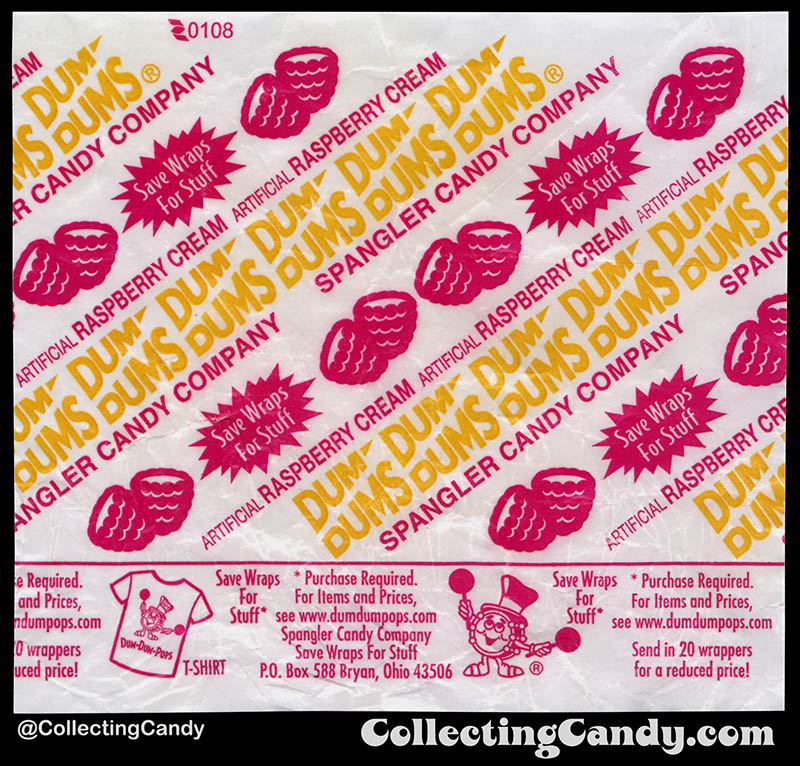 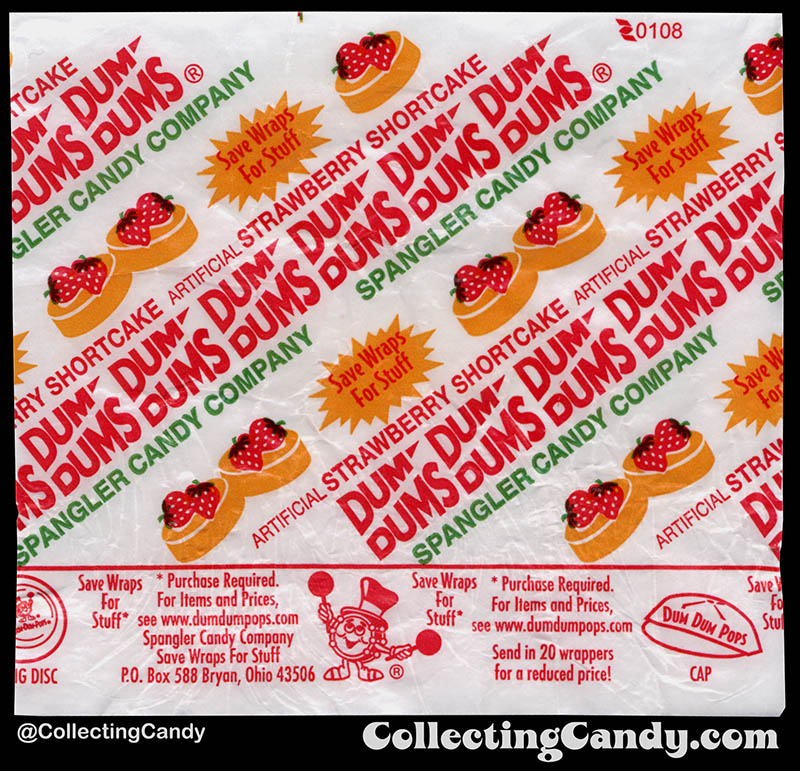 All eight of those sound pretty good to me, though I’m not certain of which two Dum Dum Pop flavors actually won the ’08 election.  So that’s a bit of confectionery election history I will have to continue research and get back to you on later.

And with that, that’s everything I’ve got to share on Spangler’s Dum Dum Pops PopVote ’08.  See you next time and Happy Election Day!!

A New York City based writer, editor and sometimes actor. After spending much of the 1990′s in the comic book business helping tell the stories of Marvel Comics’ X-Men as series editor, he has since split his time between developing his own entertainment properties while still consulting and working on others. Having been described as “the Indiana Jones of lost and forgotten candy”, Jason is one of the country’s premier candy collectors and historians with his discoveries appearing in countless blogs, magazines, newspaper articles, and books. Always happy to share his knowledge and unique perspectives on this colorful part of our popular culture, Jason has consulted with New York’s Museum of Food and Drink and has also been a featured guest on Food Network’s Heavyweights, France’s M6 Capital, and New York’s TheActionRoom.com. My Google Profile+
View all posts by Jason Liebig →
This entry was posted in Lollipop and tagged candy collecting, candy collection, candy collector, candy wrapper collection, candy wrapper collector, collectible, collecting candy, confectionery, confections, Dum Dum Pop, Dum Dums, DumDum, election, packaging, packaging design, sweets, vintage candy wrappers, vote, wrapper. Bookmark the permalink.