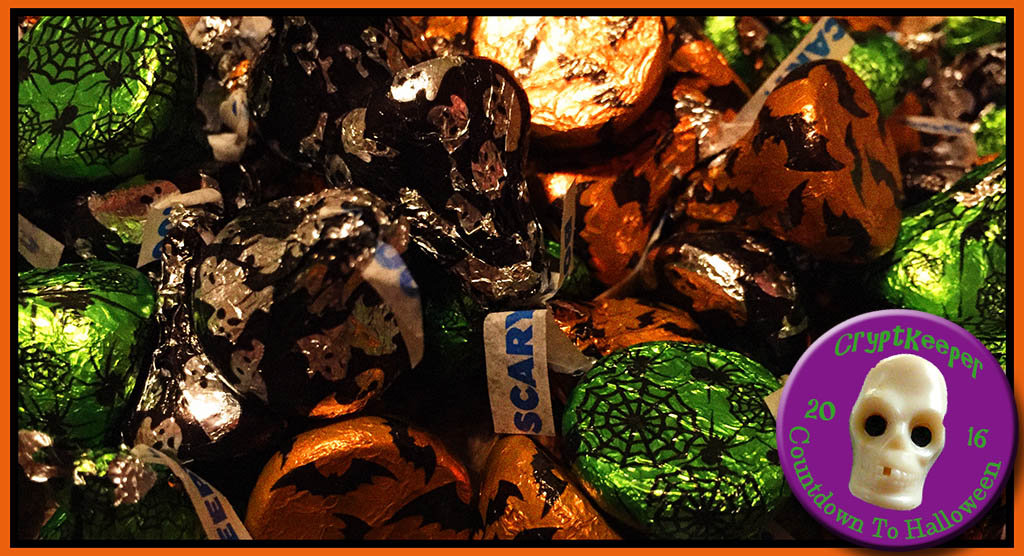 While Hershey’s has long provided consumers with specialty Fall and Halloween flavors for their Hershey’s Kisses line, this year they’ve taken a delightfully graphical approach and packaged up their classic milk chocolate variety in an assortment of awesome seasonally-themed wrappers – creating Spooky Hershey’s Kisses.  Make the jump to check them out!

I love the bold graphical approach that Hershey’s has been taking for their seasonal packaging the last year or so, and in my opinion they’ve created a number of “instant classic” examples of confectionery packaging.  This new Spooky Hershey’s Kisses offering stands as one of their best.  Here they are: 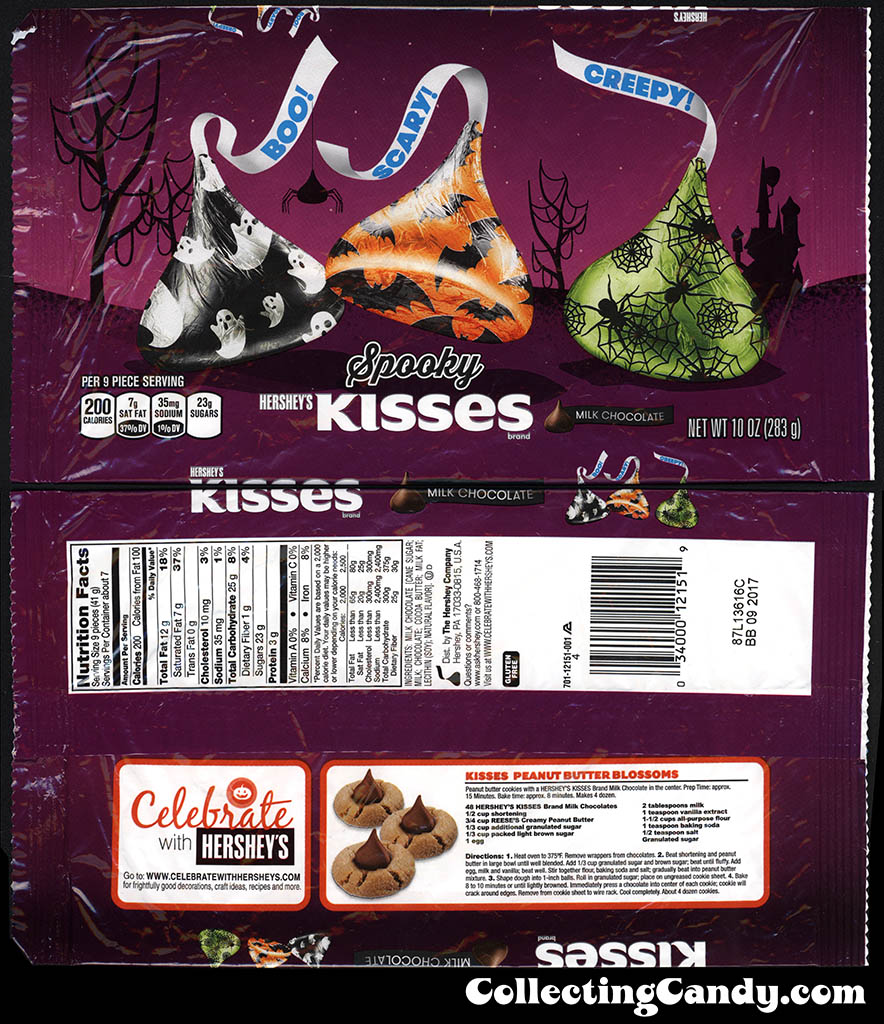 The outer pack presents the Spooky Kisses perfectly, with three different foil wrappers along with three fun Halloween-themed flags to go along with them.  Here they are flattened out for examination:

Fun stuff!  I think that these Spooky Hershey’s Kisses are a great addition to the Halloween seasonal lineup and they’re going to be a big hit. 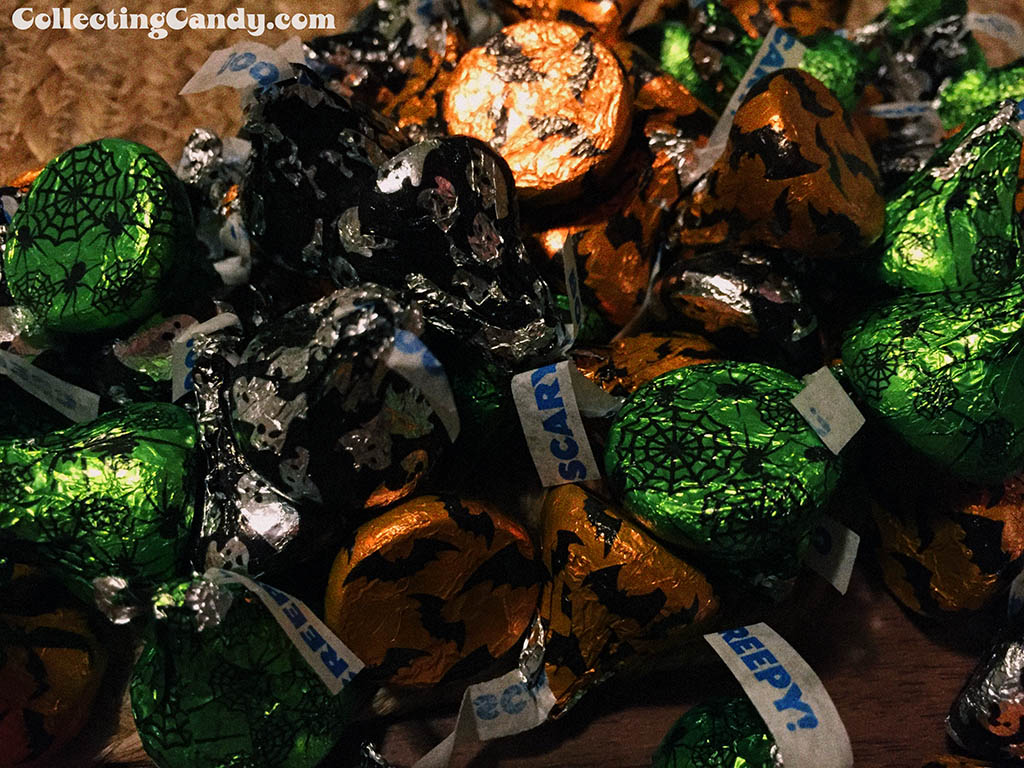 And that’s everything I’ve got to share on this spooky new offering for Halloween 2016.  See you next time!

A New York City based writer, editor and sometimes actor. After spending much of the 1990′s in the comic book business helping tell the stories of Marvel Comics’ X-Men as series editor, he has since split his time between developing his own entertainment properties while still consulting and working on others. Having been described as “the Indiana Jones of lost and forgotten candy”, Jason is one of the country’s premier candy collectors and historians with his discoveries appearing in countless blogs, magazines, newspaper articles, and books. Always happy to share his knowledge and unique perspectives on this colorful part of our popular culture, Jason has consulted with New York’s Museum of Food and Drink and has also been a featured guest on Food Network’s Heavyweights, France’s M6 Capital, and New York’s TheActionRoom.com. My Google Profile+
View all posts by Jason Liebig →
This entry was posted in Chocolate, CountdownToHalloween, Halloween, Hershey, Holiday and tagged bats, candy collecting, candy collection, candy collector, candy wrapper collection, candy wrapper collector, collectible, collecting candy, confectionery, confections, ghosts, graphic design, Halloween, Hershey, Hershey's, Kisses, packaging, packaging design, seasonal, sweets, vintage candy wrappers, wrapper. Bookmark the permalink.