Zotz – Where the fizz still is. 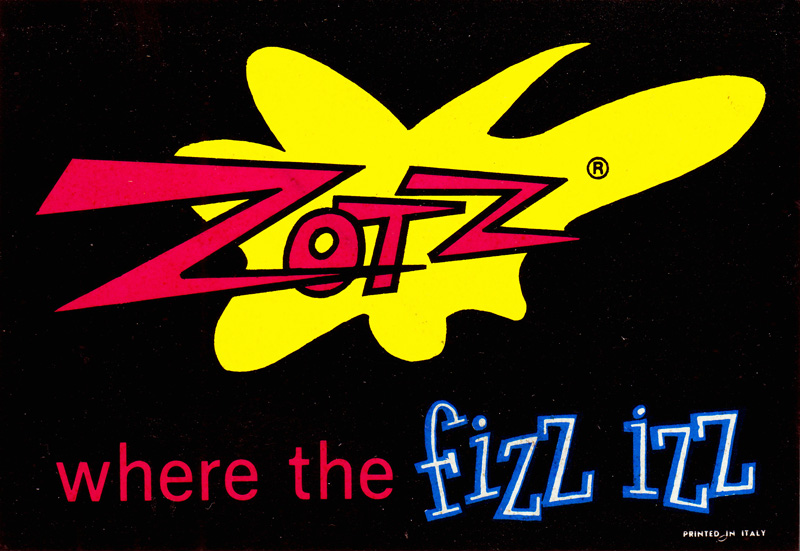 I have clear memories of Zotz candy from when I was a kid, both the packaging and the confectionery experience it contained.  The Zotz name and logo was like a comic book sound effect, and it accurately described the exclamation of eating one.  Years before Pop Rocks would arrive on the scene, Zotz was the first candy that made me suspect that some strange science was at work inside.  You see, this sour candy actually created a kind of fizzing when you ate it.

I received a brief description of the history of Zotz from the manufacturer:

The original Zotz Fizz Power Candies were introduced in 1968. Within one year they had quickly become the hottest selling kids candy in the business. What made Zotz unique was the flavored fizz center, kids found the effervescent center irresistible.   [Zotz is a high quality hard candy manufactured by G.B. Ambrosoli. G.B. Ambrosoli is wholly owned and operated by the Ambrosoli family in Como Italy since 1920.]

One of the coolest vintage Zotz pieces I’ve come across as a collector is this larger foil pack, which appears to have held a variety of Zotz candies inside.  Made of foil, it is unlike the typical plastic packaging I’ve encountered and features fun Zotz mascot characters I’ve never seen anywhere else: 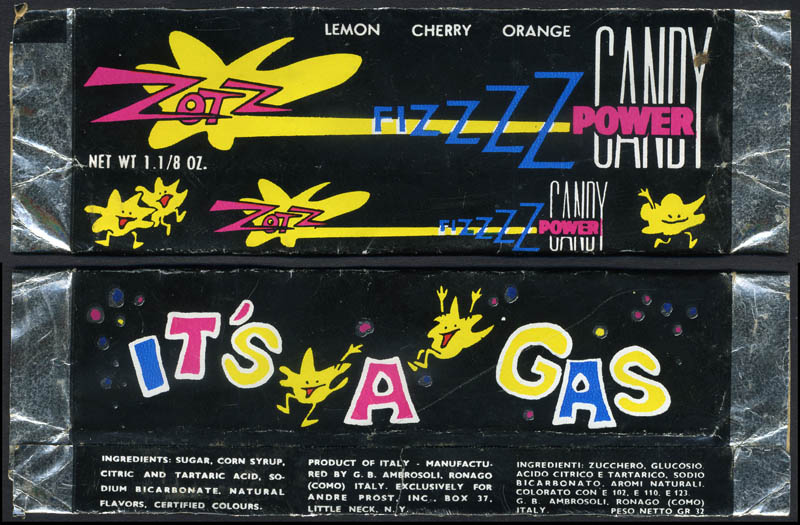 Tracking down vintage Zotz packaging pieces has proven to be especially challenging, likely due to the fact that it’s tough to get to the candy inside without tearing up the wrapper along the way.  So, I don’t have any more vintage pieces in my own collection.

I do have this fun series of promotional stickers for Zotz, likely released in the 1970’s: 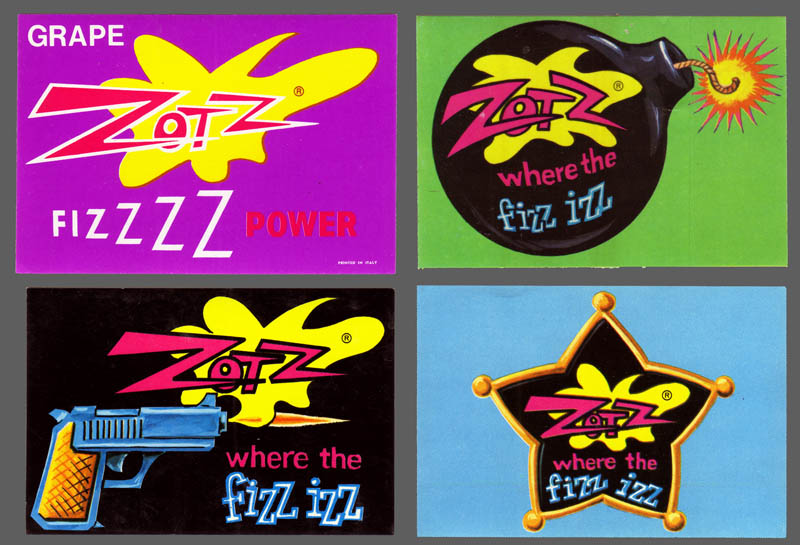 Clipped from a 1987 Zotz promotional flyer, here are some great images of items from the era.  My favorite is Zotz Dragon Babies: 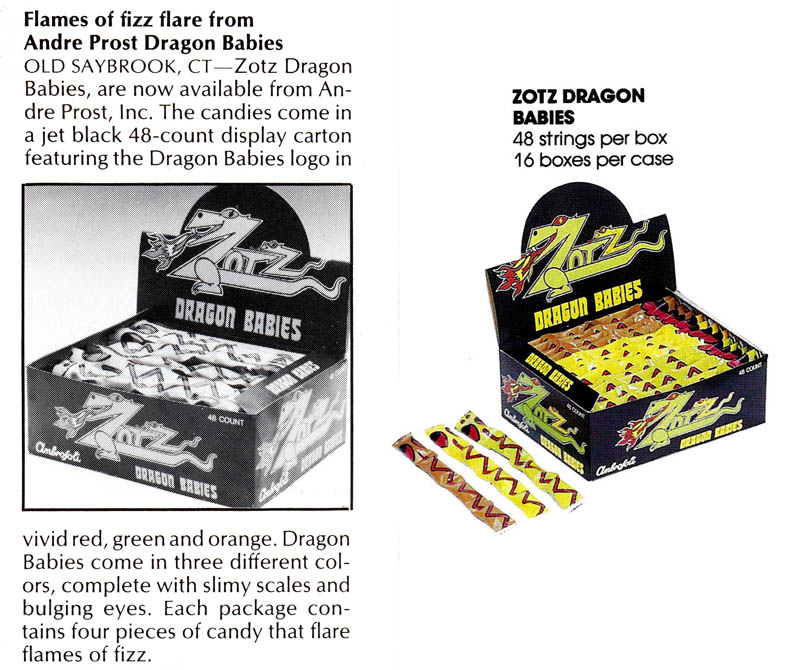 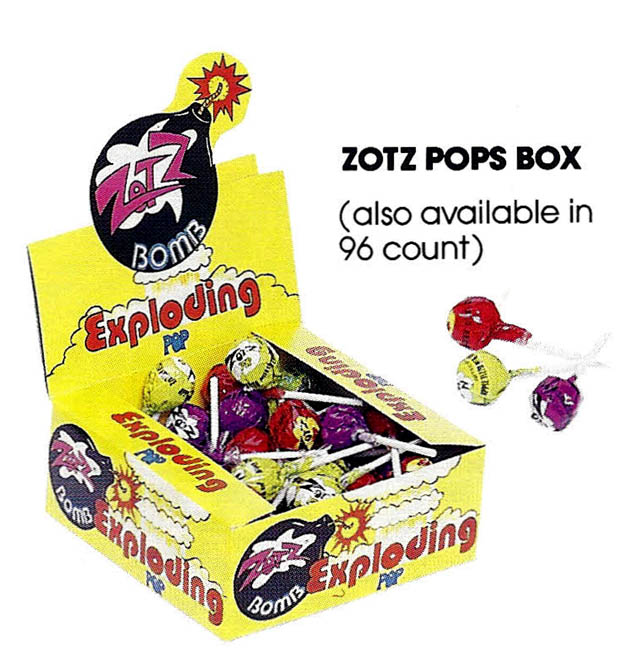 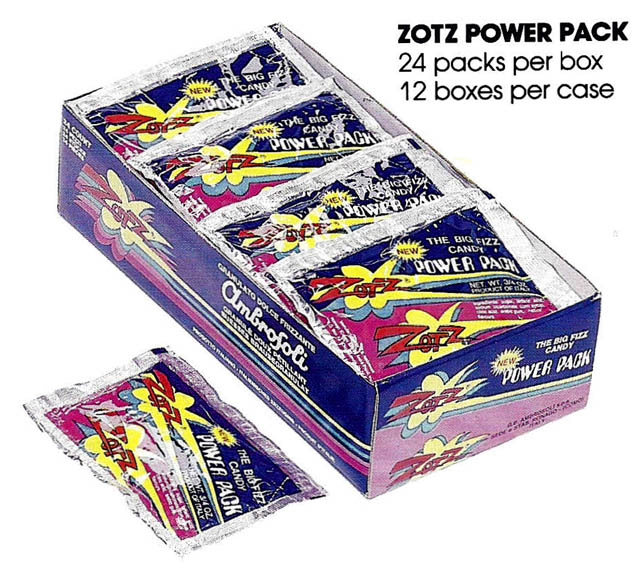 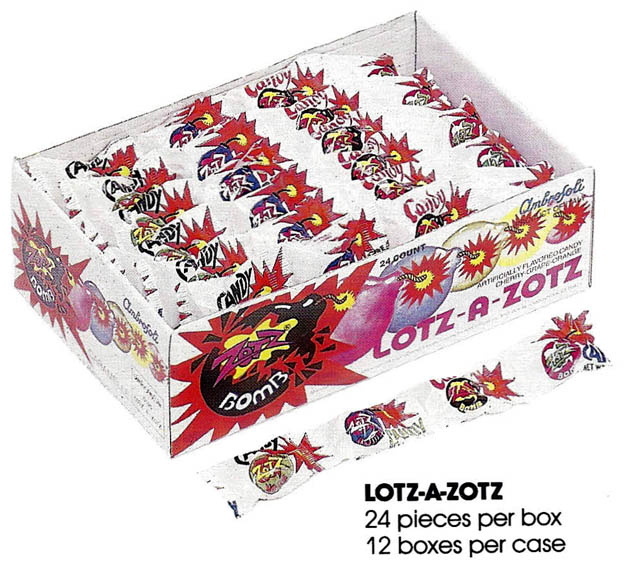 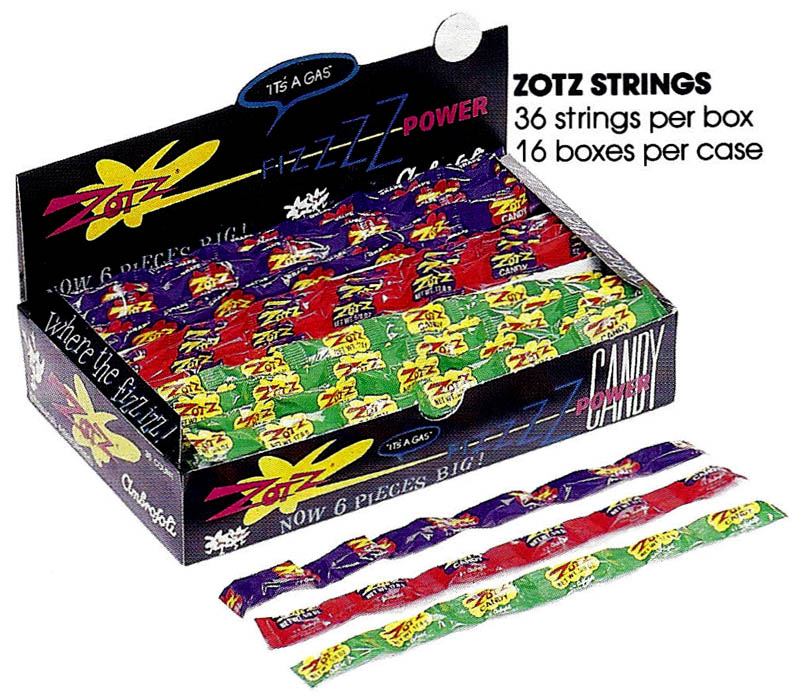 I do have one example of 1990’s Zotz packaging, which comes to me from fellow collector Dan Goodsell.  Looking similar to the 1980’s packs pictured above – this one has alternating flavors:

Zotz are still available, and still sold in packaging much like they were when I was growing up.   Here’s a set of six flavor packs I picked up last year: 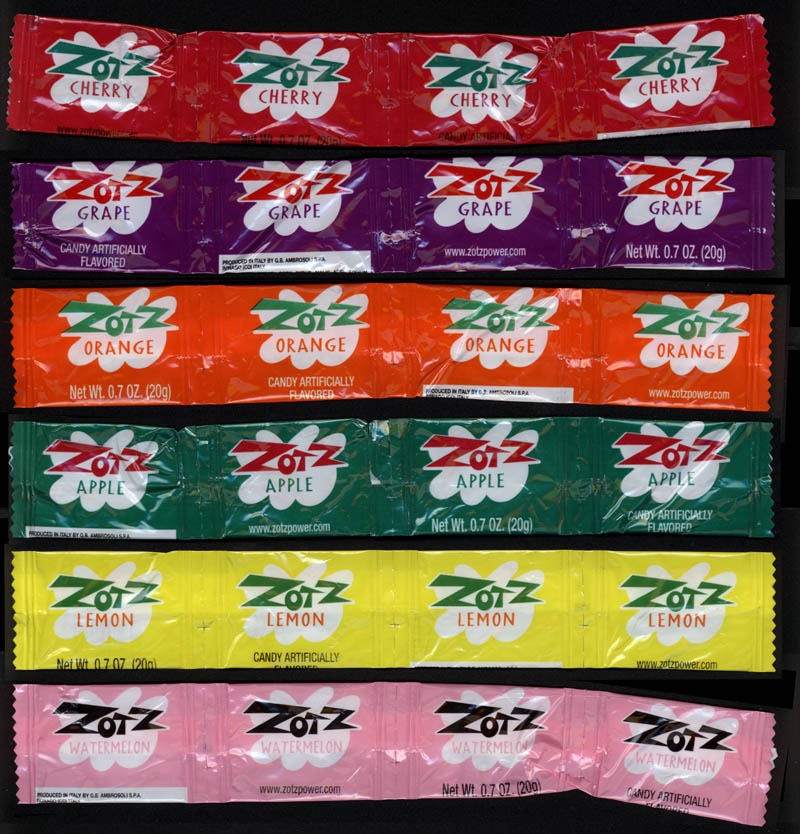 A strip of candies, each in its own compartment, and each strip a unique flavor – Zotz are still the same great confectionery treat they always have been.   A new Blue Raspberry flavor was recently added, so I’ll be looking for this one to try soon: 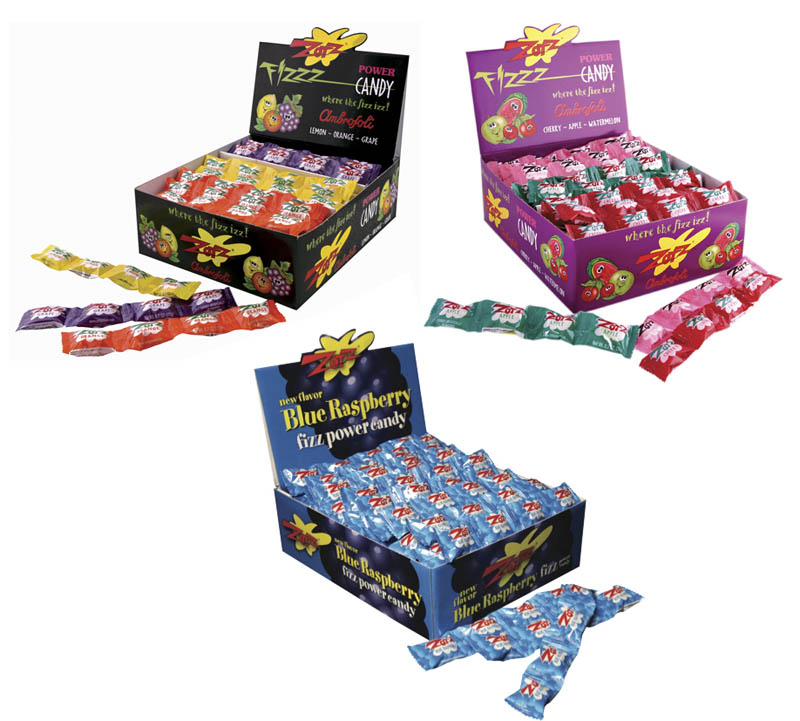 If you’re in the mood for some Zotz or have never tried them and are curious, you can typically find them at specialty candy stores.  They are also available online:

A New York City based writer, editor and sometimes actor. After spending much of the 1990′s in the comic book business helping tell the stories of Marvel Comics’ X-Men as series editor, he has since split his time between developing his own entertainment properties while still consulting and working on others. Having been described as “the Indiana Jones of lost and forgotten candy”, Jason is one of the country’s premier candy collectors and historians with his discoveries appearing in countless blogs, magazines, newspaper articles, and books. Always happy to share his knowledge and unique perspectives on this colorful part of our popular culture, Jason has consulted with New York’s Museum of Food and Drink and has also been a featured guest on Food Network’s Heavyweights, France’s M6 Capital, and New York’s TheActionRoom.com. My Google Profile+
View all posts by Jason Liebig →
This entry was posted in 1970's, 1980's, Hard Candy and tagged 1970's, 1980's, 70's, 80's, candy, collecting, confection, fizzy, history, nostalgia, nostalgic, packaging, Pop Rocks, retro, sweets, vintrage collectible, wrappers, Zotz. Bookmark the permalink.

9 Responses to Zotz – Where the fizz still is.