For Valentine’s 2014, the Nestle Crunch chocolate heart product received a complete packaging redesign and just one year later it has been given a whole new look again with the iconic character of Snoopy.  Here it is: 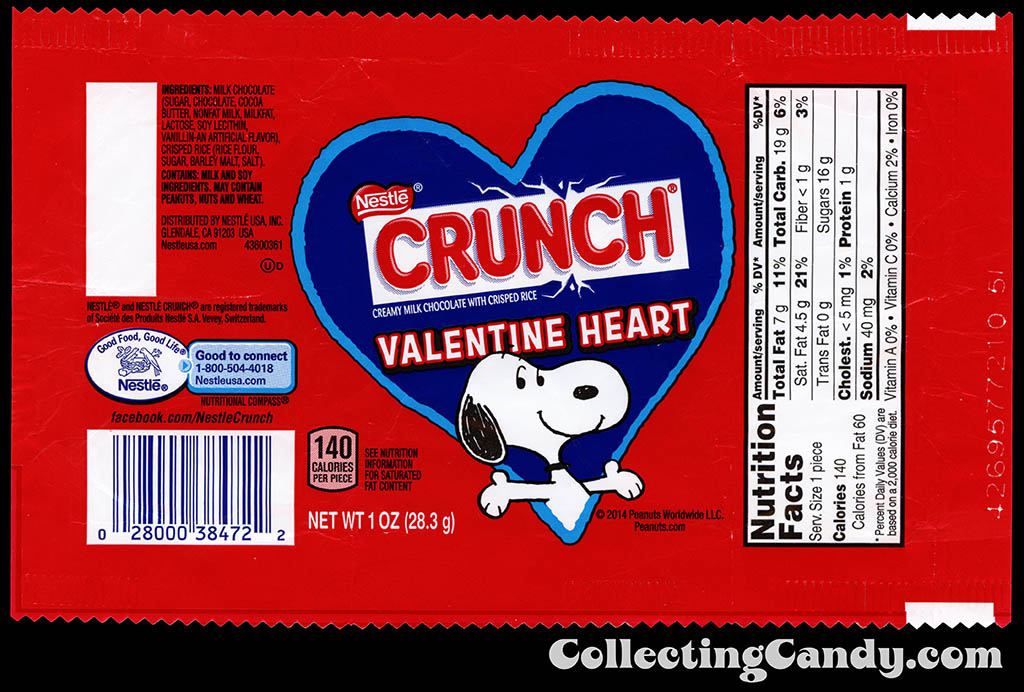 As this is the third wrapper design in as many years, I thought I’d showcase the quick progression with a comparison graphic: 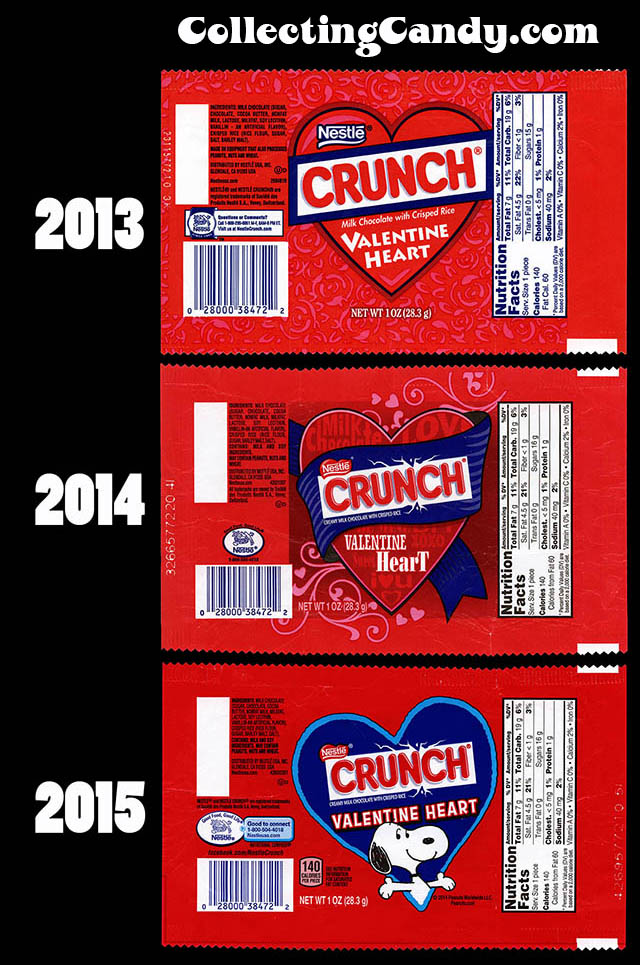 I think all three of those wrapper designs look great, though I really am enjoying the addition of Snoopy on the newest version.

Up until just a few days ago, I had assumed that the Crunch Valentine Heart with Snoopy was the only Nestle product that was getting the Peanuts treatment for the holiday.  In all the locations I’d shopped for Valentine’s candy at, that was all I’d seen.  But then I came across a 10oz Nestle Crunch Hearts pack in my local grocery store – the only spot I’d encountered it at. 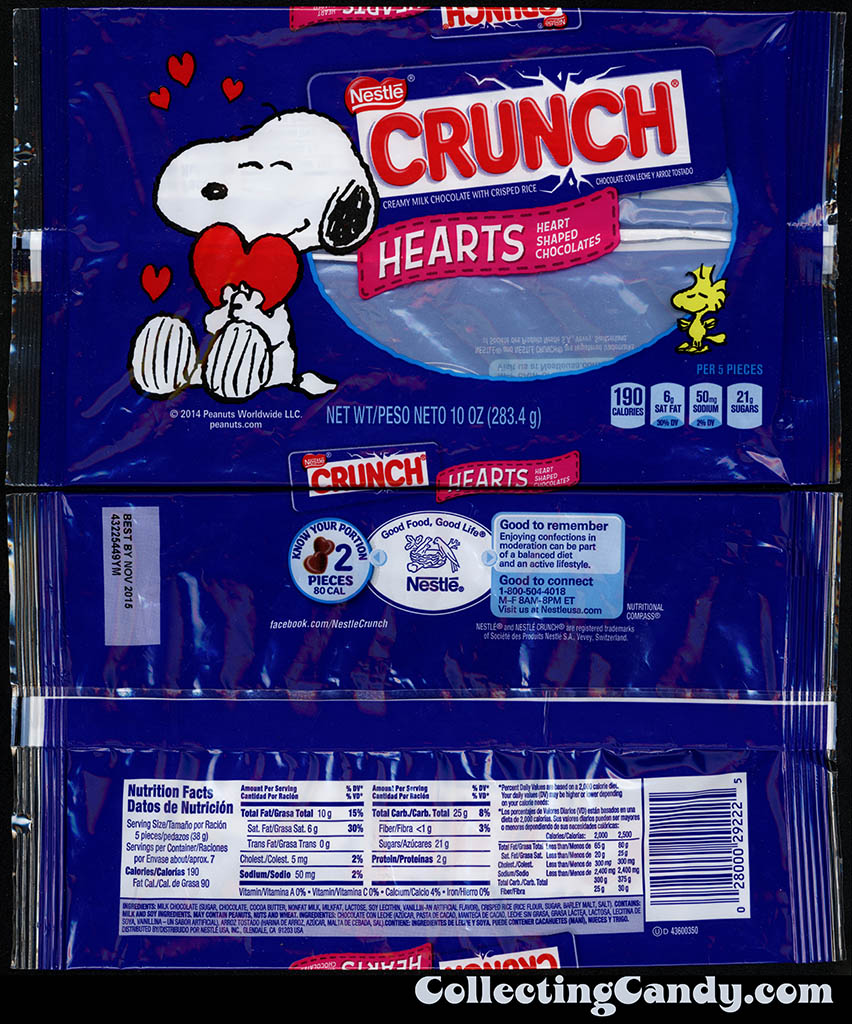 The individual foil wrappers feature Charlie Brown in addition to Snoopy and Woodstock:

Pretty neat stuff and it has me looking forward to what Nestle Crunch and the Peanuts gang will bring together for their Easter packaging.

Before wrapping up, I want to mention that the Peanuts characters were featured on Valentine’s packaging last year from Russell Stover, which you can see at the bottom of my 2014 post on the subject.

That’s everything I’ve got to share on Nestle Crunch’s Valentine Peanuts packaging for 2015 – I hope you enjoyed it.

Happy Valentine’s Day everyone and I’ll see you next time!

A New York City based writer, editor and sometimes actor. After spending much of the 1990′s in the comic book business helping tell the stories of Marvel Comics’ X-Men as series editor, he has since split his time between developing his own entertainment properties while still consulting and working on others. Having been described as “the Indiana Jones of lost and forgotten candy”, Jason is one of the country’s premier candy collectors and historians with his discoveries appearing in countless blogs, magazines, newspaper articles, and books. Always happy to share his knowledge and unique perspectives on this colorful part of our popular culture, Jason has consulted with New York’s Museum of Food and Drink and has also been a featured guest on Food Network’s Heavyweights, France’s M6 Capital, and New York’s TheActionRoom.com. My Google Profile+
View all posts by Jason Liebig →
This entry was posted in Chocolate, Holiday, Nestle and tagged candy collecting, candy collection, candy collector, candy wrapper collection, candy wrapper collector, Charlie Brown, collectible, collecting candy, confectionery, confections, Nestle Crunch, packaging, packaging design, peanuts, Snoopy, sweets, Valentine, Valentine's, Valentine's Day, vintage candy wrappers, wrapper. Bookmark the permalink.

1 Response to Valentine’s Day 2015 gets Snoopy with Nestle Crunch!