Our 550th Post! Plus Our Biggest Video Announcement Ever! 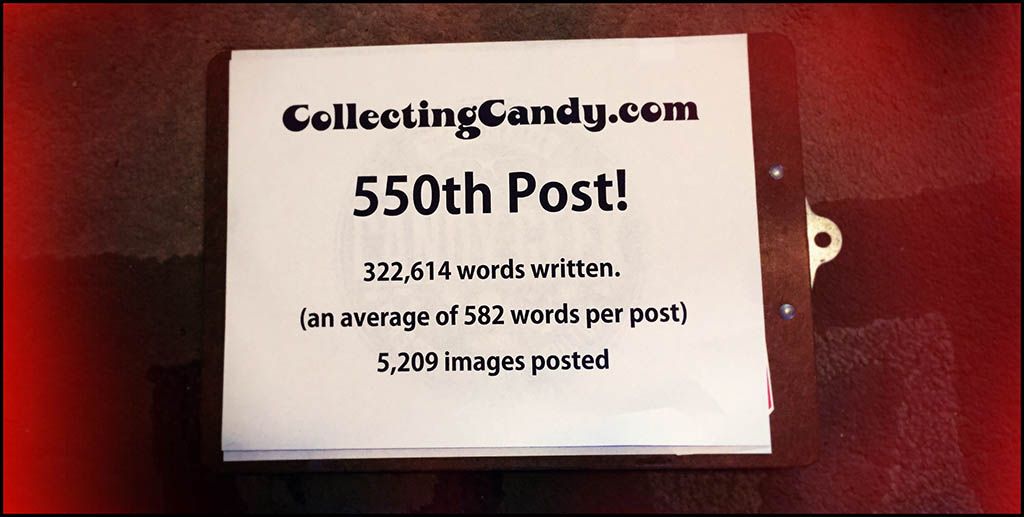 It’s a big number and comes on the heels of the site’s third anniversary just last week.  With that in mind, we’ve decided to use the occasion to announce a major new endeavor spinning out of CollectingCandy.com.  The announcement comes in the form of a video (for reasons which will be obvious upon viewing said video). So make the jump and check it out!

Without further introduction, here is our 550th post special announcement video and preview of things to come!

I hope you dug that sneak preview of what’s coming up, and I hope you’ll be joining me for all the potential fun, adventure (and momentary awkwardness) that my new endeavor promises to deliver.  See you next time! 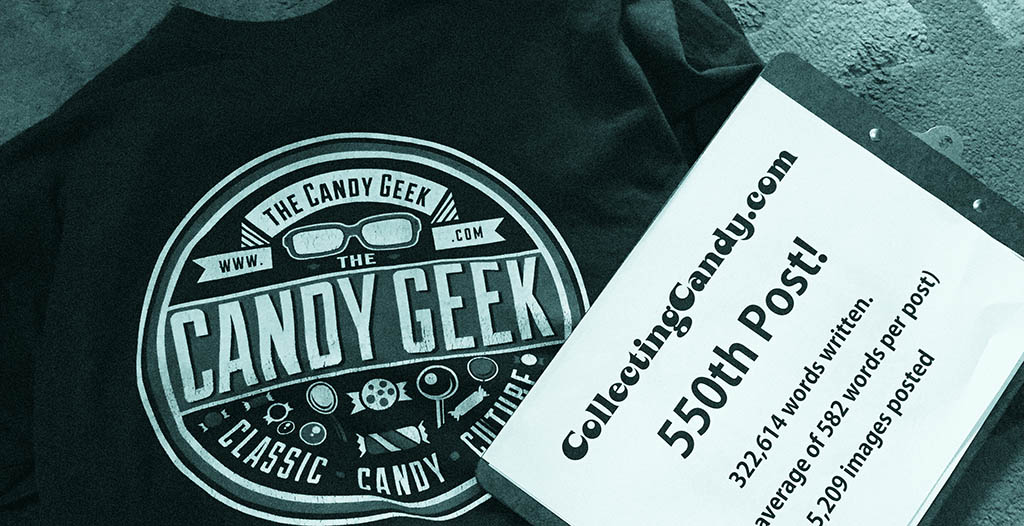 A New York City based writer, editor and sometimes actor. After spending much of the 1990′s in the comic book business helping tell the stories of Marvel Comics’ X-Men as series editor, he has since split his time between developing his own entertainment properties while still consulting and working on others. Having been described as “the Indiana Jones of lost and forgotten candy”, Jason is one of the country’s premier candy collectors and historians with his discoveries appearing in countless blogs, magazines, newspaper articles, and books. Always happy to share his knowledge and unique perspectives on this colorful part of our popular culture, Jason has consulted with New York’s Museum of Food and Drink and has also been a featured guest on Food Network’s Heavyweights, France’s M6 Capital, and New York’s TheActionRoom.com. My Google Profile+
View all posts by Jason Liebig →
This entry was posted in TheCandyGeek and tagged candy collecting, candy collection, candy collector, candy wrapper collection, candy wrapper collector, collectible, collecting candy, confectionery, confections, New York Comic Con, NYCC, packaging, packaging design, sweets, The Candy Geek, TheCandyGeek, vintage candy wrappers, vlog, wrapper. Bookmark the permalink.

1 Response to Our 550th Post! Plus Our Biggest Video Announcement Ever!