Happy Halloween, everyone!  It’s hard to believe that it’s already October 31st and the end of all the Halloween fun I’ve been having.  Lots of non-site stuff to do still today, so this entry is going to be brief.  And while the final post of the month-long CountdownToHalloween coverage is going to be a short one, it’s also a sweet one.

Just last week, the UK Branch Office of CollectingCandy.com (aka my wonderful friends Liz and Jonny) sent over a pair of Halloween candy items currently gracing store shelves in the United Kingdom.  I’m excited to share them, so make the jump and check ’em out.

The pieces featured today both sport the Rowntrees name.  Interestingly, Rowntree has a long and celebrated history in the United Kingdom, being the company that among other confectionery achievements created the very first Kit Kat bars.  Nestle acquired Rowntree (then Rowntree-Mackintosh) in the 1980’s and for a time appeared to have retired the Rowntree name.  In recent years however, the Rowntree brand name has been put back into use on select products by Nestle and it’s great to see.

So now, here are the two Halloween-themed Rowntree packages I’ve got to share: 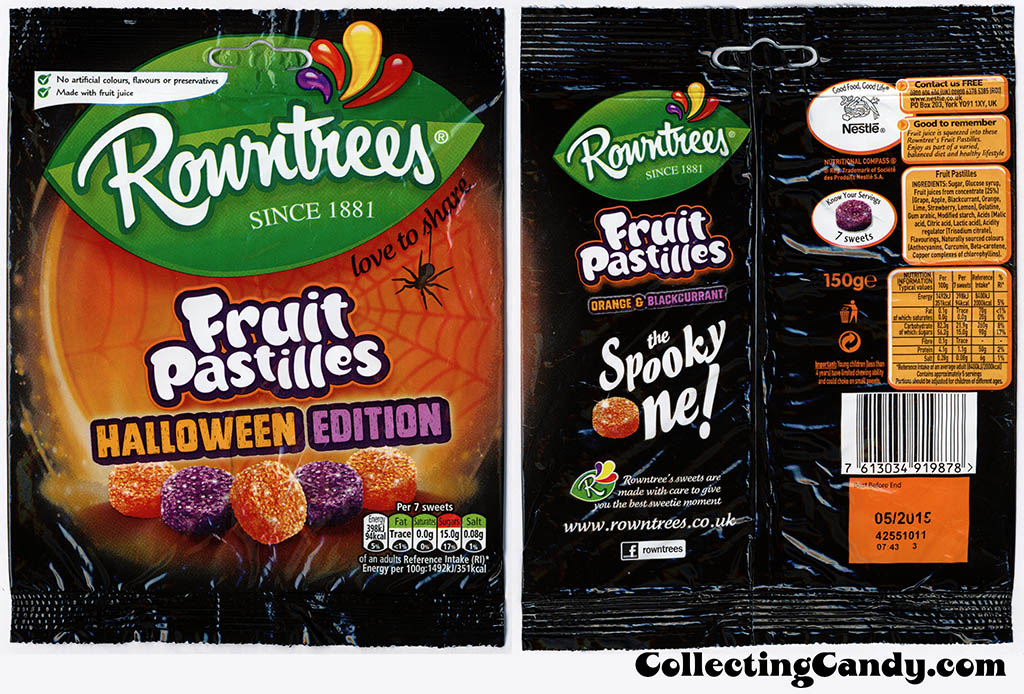 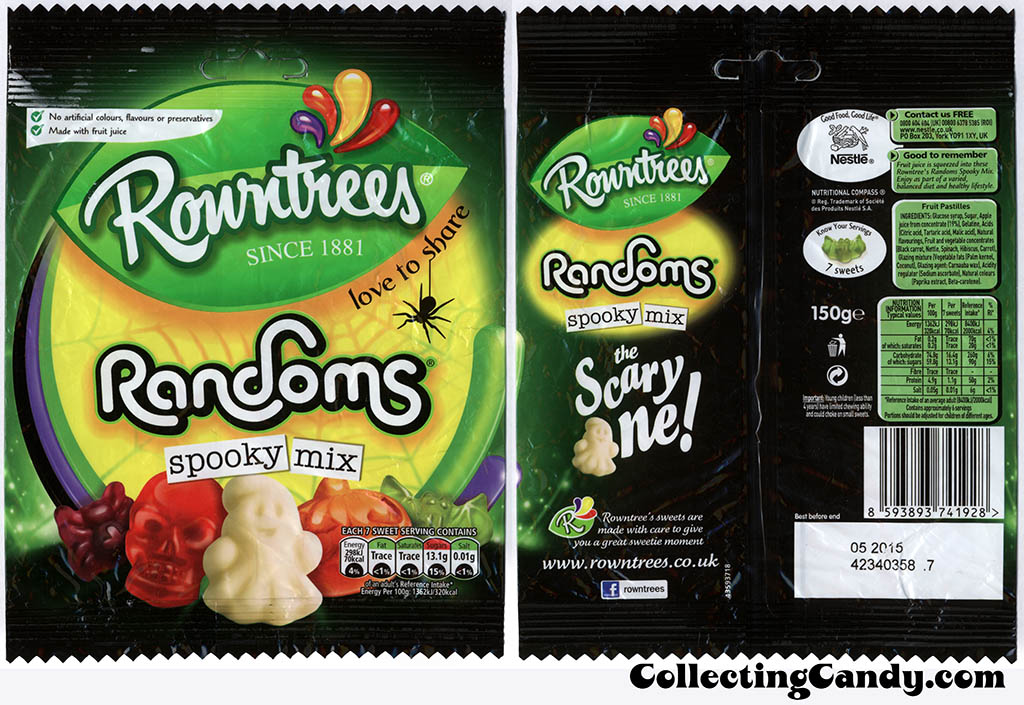 I should note that the Randoms concept has been released here in the United States with Nestle’s Wonka branding.  I wonder if the all-year-round version of Wonka Randoms are the same as the all-year-round Rowntree Randoms release?  (I’ll have to look into that.)

And that’s everything on today’s short-but-sweet final entry in our 2014 CountdownToHalloween.  It sure went fast, didn’t it?

I hope everyone out there has a fun and safe Halloween today.  Enjoy the costumes and the candy!!  See you next time!

A New York City based writer, editor and sometimes actor. After spending much of the 1990′s in the comic book business helping tell the stories of Marvel Comics’ X-Men as series editor, he has since split his time between developing his own entertainment properties while still consulting and working on others. Having been described as “the Indiana Jones of lost and forgotten candy”, Jason is one of the country’s premier candy collectors and historians with his discoveries appearing in countless blogs, magazines, newspaper articles, and books. Always happy to share his knowledge and unique perspectives on this colorful part of our popular culture, Jason has consulted with New York’s Museum of Food and Drink and has also been a featured guest on Food Network’s Heavyweights, France’s M6 Capital, and New York’s TheActionRoom.com. My Google Profile+
View all posts by Jason Liebig →
This entry was posted in CountdownToHalloween, Gummies, Halloween, Nestle and tagged British, candy collecting, candy collection, candy collector, candy wrapper collection, candy wrapper collector, collectible, collecting candy, confectionery, confections, England, English, Halloween, Nestle, packaging, Rowntree, sweets, UK, United Kingdom, vintage candy wrapper, wrapper. Bookmark the permalink.