For today’s post I’ve selected a spectacular and unusual vintage item to showcase — an unopened Halloween multi-package of Tropical Punch Bubble Yum bubblegum from the 1970’s!  Make the jump to check it out.

It’s always fun to share an unopened piece like that, as it can look like it just came out of a time machine, and that’s certainly the case today.

Back in February of this year I presented a beautiful array of 1970’s Bubble Yum packs as part of our week-long second anniversary celebration.  Those packs came out of the incredible Dianne H. Barnes Bubblegum Collection and this unopened Halloween multi-pack also originates from the same.  Here it is: 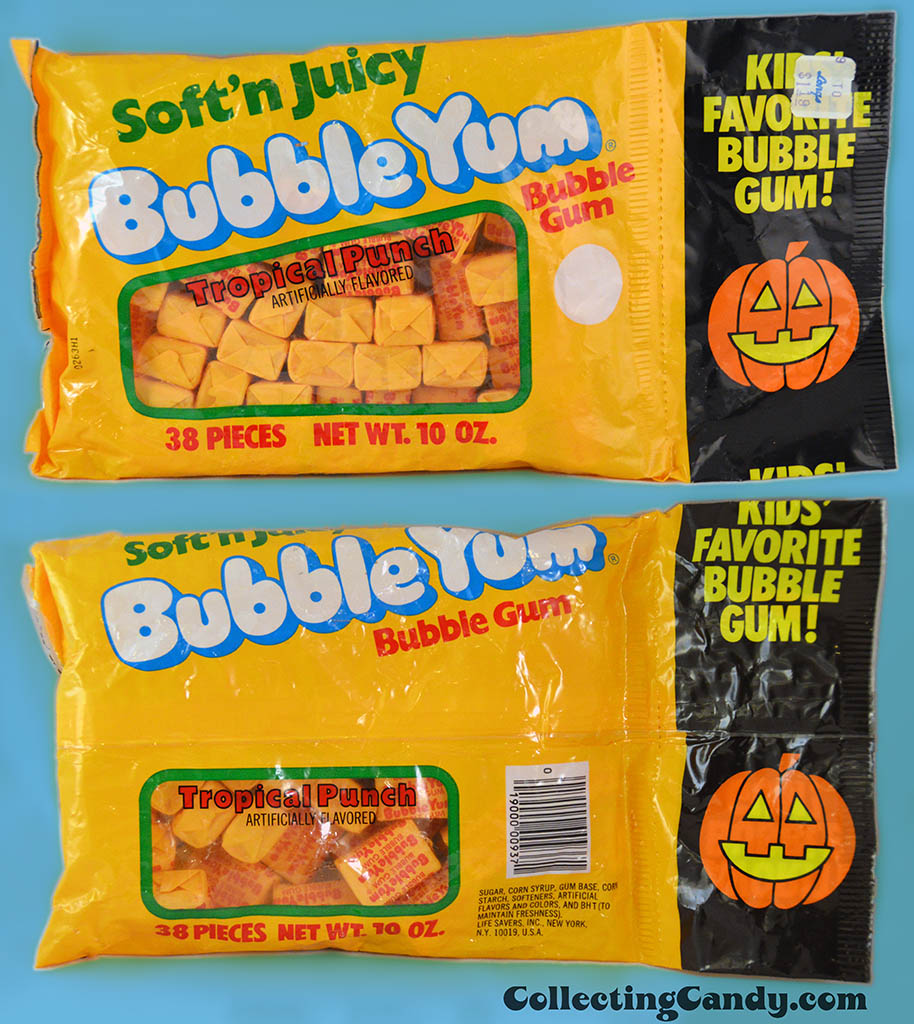 If you look closely at the Halloween-themed part of the package, there is a perforation line between it and the rest of the pack.  That design feature was used across a number of other Life Savers company seasonal packages at the time and it allowed retailers to convert seasonal product packages to non-seasonal by simply tearing off the extra graphic section.   Pretty clever!

Unlike some later multi-packages, this one didn’t contain miniature or two-piece Bubble Yum packs but rather the same individually-wrapped pieces that the standard 5-piece packs contained.  I’m especially keen on this one as Bubble Yum Tropical Punch was my favorite Bubble Yum flavor at the time.  Here’s a look at what the standard pack looked like during that era: 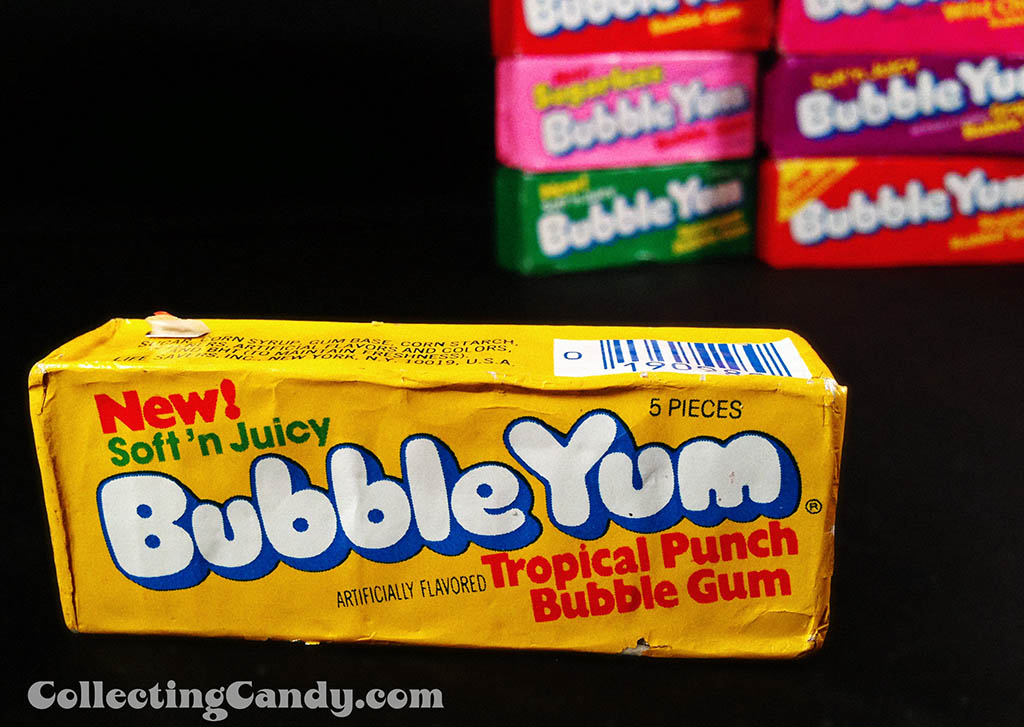 And that’s everything I’ve got to share today on this peek back in time via my Halloween Bubble Yum multi-pack from the 1970’s.  See you next time! 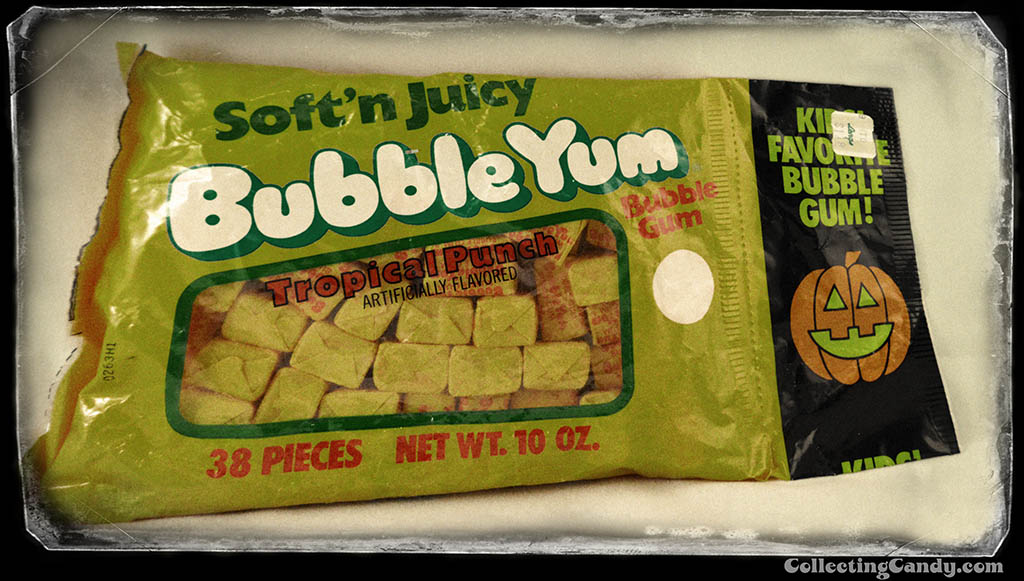 A New York City based writer, editor and sometimes actor. After spending much of the 1990′s in the comic book business helping tell the stories of Marvel Comics’ X-Men as series editor, he has since split his time between developing his own entertainment properties while still consulting and working on others. Having been described as “the Indiana Jones of lost and forgotten candy”, Jason is one of the country’s premier candy collectors and historians with his discoveries appearing in countless blogs, magazines, newspaper articles, and books. Always happy to share his knowledge and unique perspectives on this colorful part of our popular culture, Jason has consulted with New York’s Museum of Food and Drink and has also been a featured guest on Food Network’s Heavyweights, France’s M6 Capital, and New York’s TheActionRoom.com. My Google Profile+
View all posts by Jason Liebig →
This entry was posted in 1970's, Bubble Gum, CountdownToHalloween, Gum, Halloween and tagged 1970's, 70's, bubble gum, Bubble Yum, bubblegum, candy collecting, candy collection, candy collector, candy wrapper collection, candy wrapper collector, collectible, collecting candy, confectionery, confections, gum, Halloween, Life Savers, packaging, sweets, vintage candy wrapper, wrapper. Bookmark the permalink.