What I have to show is a limited edition Hershey’s Kisses release that was on shelves back in the Spring of 2008.  I am not 100% certain but I believe this was a Target-exclusive release.   Here is the package for Hershey’s Kisses Creme de Menthe! 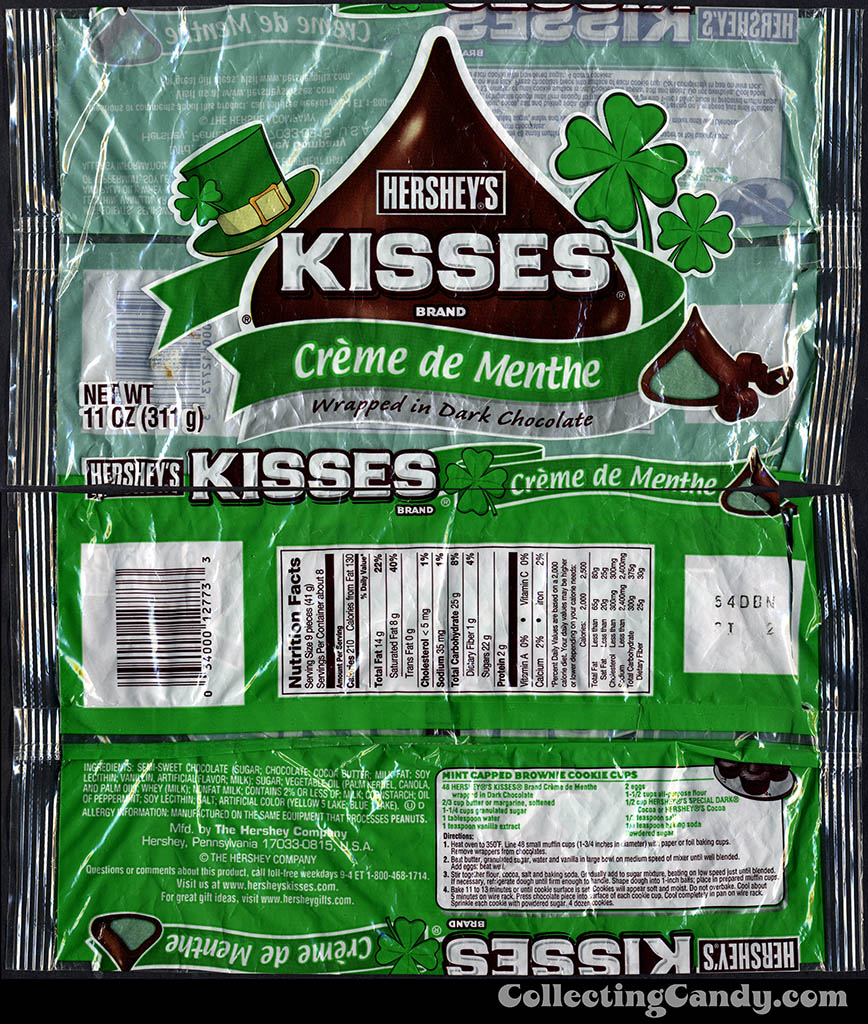 As you can see, the packaging sports a shamrock as well as a St. Patrick’s Day-themed Leprechaun hat which really seals the deal.

Though this is the only St. Patrick’s Day-themed candy package in my personal collection, I’m confident it’s not the only one that’s ever been produced.  I will certainly continue to keep my eyes peeled for the ones I’ve likely missed.

I didn’t want to conclude this post by only sharing a single package.   With that in mind, and since the tradition for the holiday is to dress in the color green, I thought I’d bring together a grouping of green candy wrappers through the years for a St. Patrick’s themed CollectingCandy collage.  This is what I came up with: 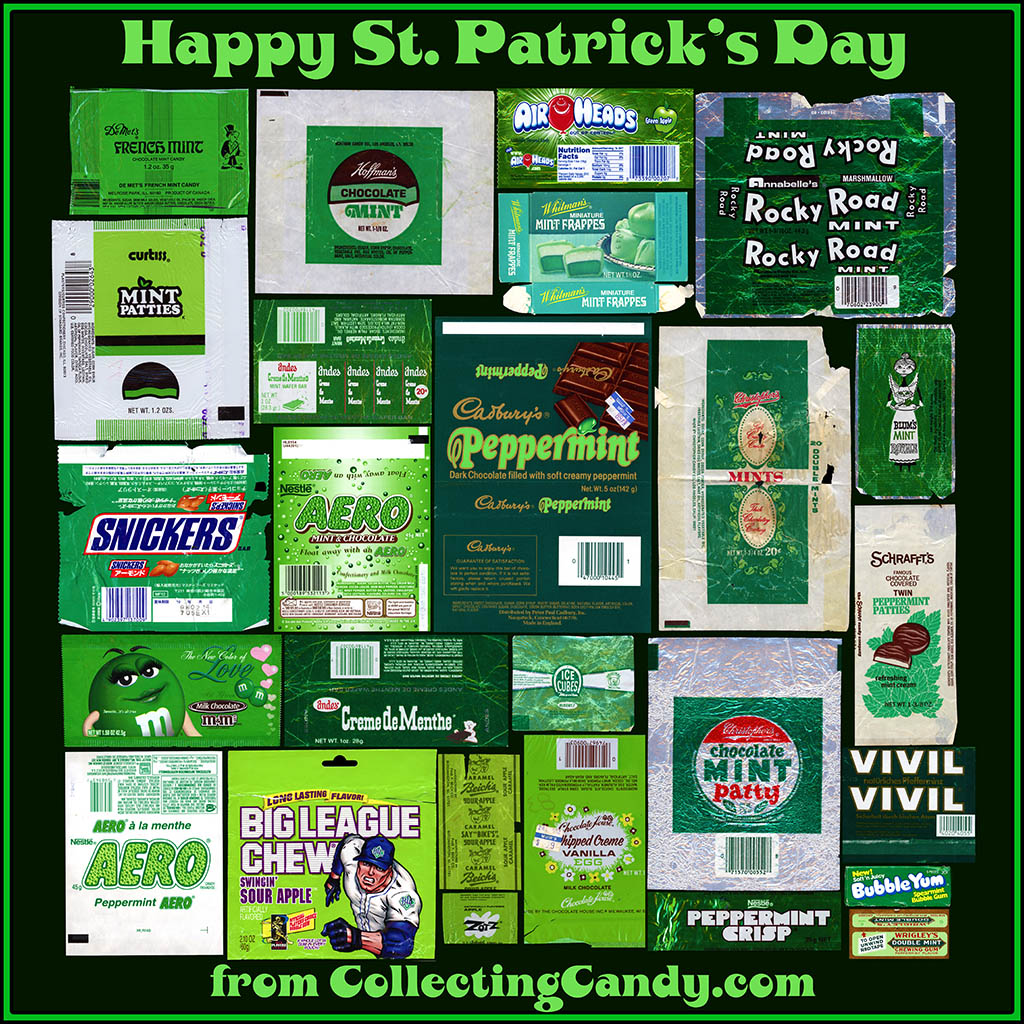 Hope you dig it and I hope everyone has a fun and safe St. Patrick’s Day tomorrow!

A New York City based writer, editor and sometimes actor. After spending much of the 1990′s in the comic book business helping tell the stories of Marvel Comics’ X-Men as series editor, he has since split his time between developing his own entertainment properties while still consulting and working on others. Having been described as “the Indiana Jones of lost and forgotten candy”, Jason is one of the country’s premier candy collectors and historians with his discoveries appearing in countless blogs, magazines, newspaper articles, and books. Always happy to share his knowledge and unique perspectives on this colorful part of our popular culture, Jason has consulted with New York’s Museum of Food and Drink and has also been a featured guest on Food Network’s Heavyweights, France’s M6 Capital, and New York’s TheActionRoom.com. My Google Profile+
View all posts by Jason Liebig →
This entry was posted in 1970's, 1980's, 1990's, British, Bubble Gum, Cadbury, Chocolate, Gum, Holiday, Mars, Nestle and tagged candy collecting, candy collection, candy collector, candy wrapper collection, candy wrapper collector, collectible, collecting candy, confectionery, confections, packaging, Saint Patrick's Day, St. Patrick's Day, St. Pats, sweets, vintage candy wrapper, wrapper. Bookmark the permalink.