The Mentos brand falls along the outer edge of the core confectionery category that I usually cover here on the site.  In most cases it’s more mint than candy, though sometimes it is a fruit-flavored chew and hence more typically candy.  Ultimately, because they’re such a fun brand and one that’s been around a lot longer than you might expect, I decided it was time to devote some ink and illuminate some of the fun aspects of Mentos!

To most folks here in the United States, Mentos first entered our consciousness during the early 1990’s and the classic Mentos “The Freshmaker” television campaign.  Featuring odd-yet-compelling scenarios of rebellious behavior and a jingle that was hard to shake, that campaign pushed the brand to new heights in the United States.  What most folks don’t realize is that Mentos were first sold in the USA in 1972.  [Note: Mentos were first produced in the Netherlands in 1948.]

I have an example of one of the early 1970’s Mentos roll wrappers in my collection and here it is: 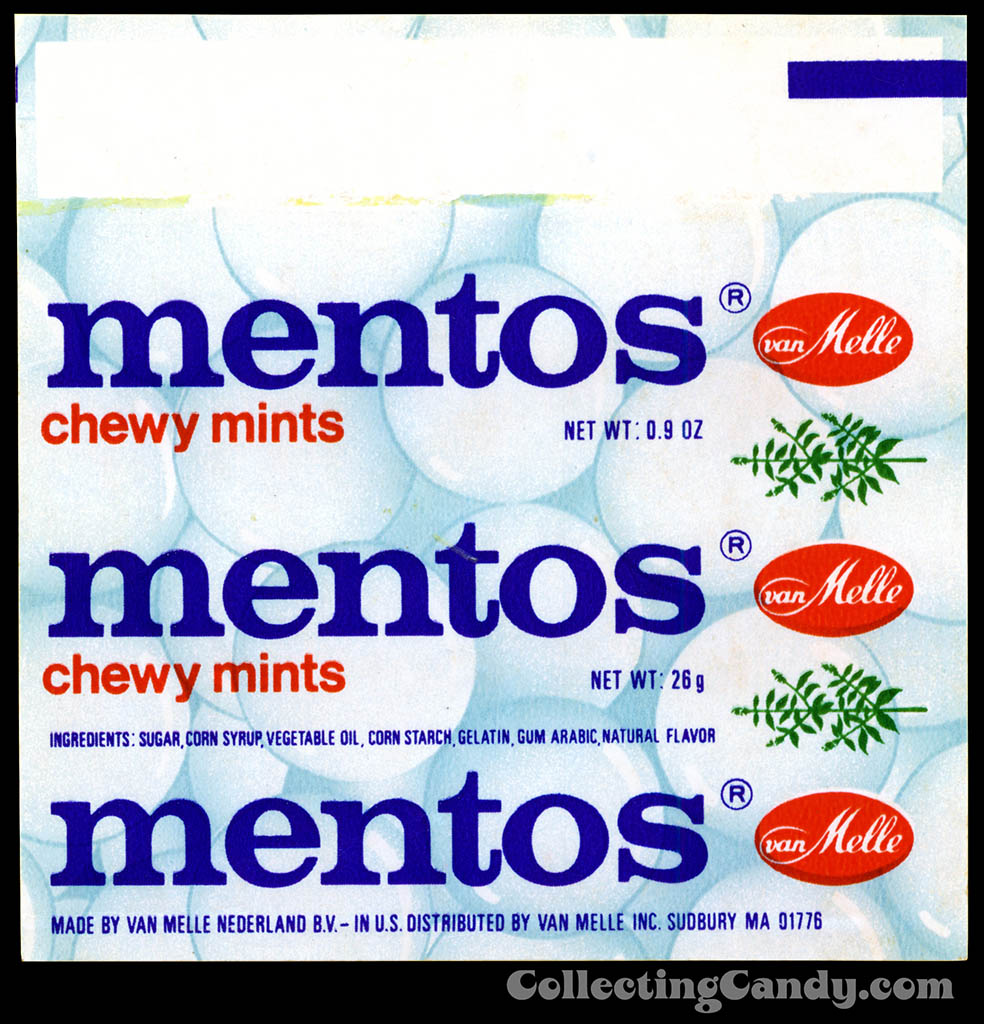 The move into the United States market must have been a slow one, as a few years later in 1977 Van Melle ran ads in candy trade magazines endeavoring to remind retailers and candy brokers that the brands could be an asset.  While the pair of ads I have feature the same graphics, the copy is substantially different.  The first focuses on Van Melle’s long history in Holland and how it carried those traditions over to its short, five-year life in the United States: 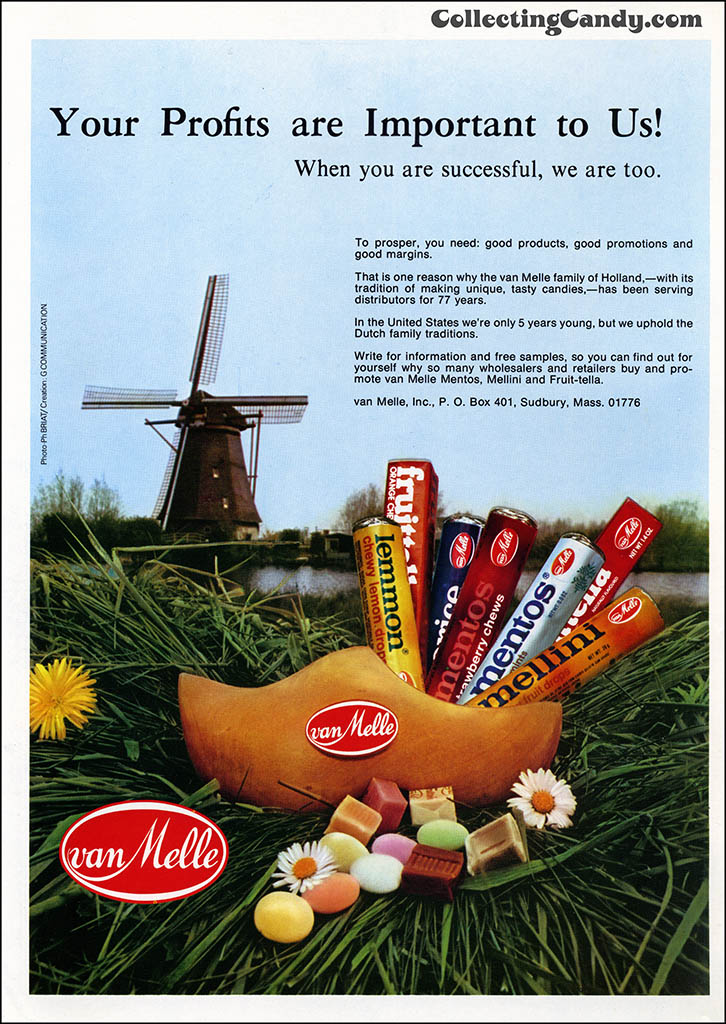 Note the two flavors of Mentos in these ads and what appears to be lemon and melon flavored Mentos style candies sold under different brand names.

This next ad puts the focus on the Mentos brand while emphasizing that “…more and more American families are getting to know us.”:

The next wrapper in my collection is for a mini-roll of Mentos and likely dates to the 1980’s or early 1990’s: 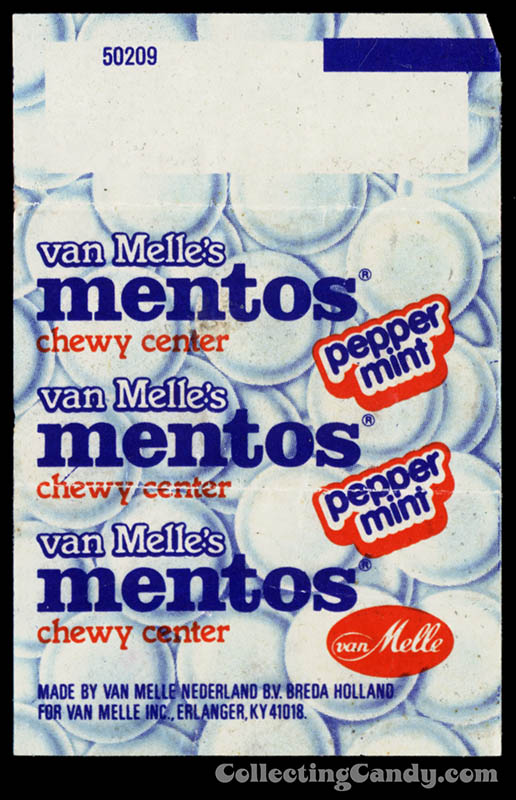 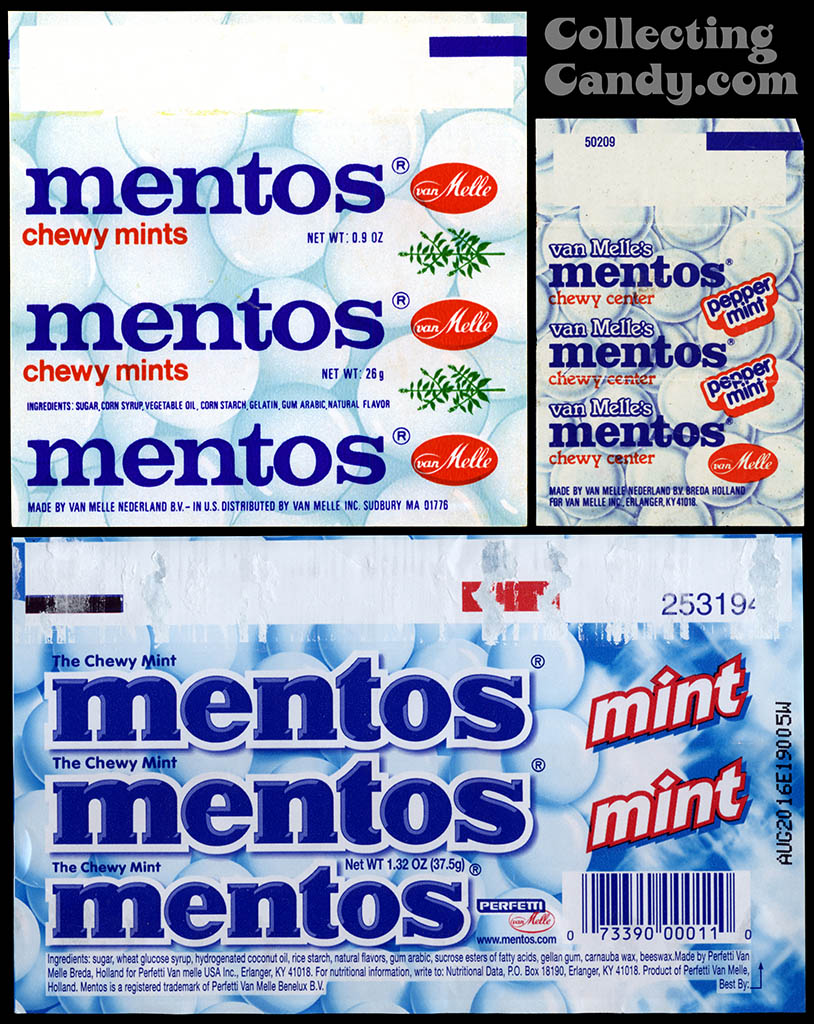 Though they wouldn’t be a household name just yet, Mentos did make a push into the vending trade early on.  Here’s a vintage vending insert card for Mentos I have in my collection  – this one likely dates to the 1980’s: 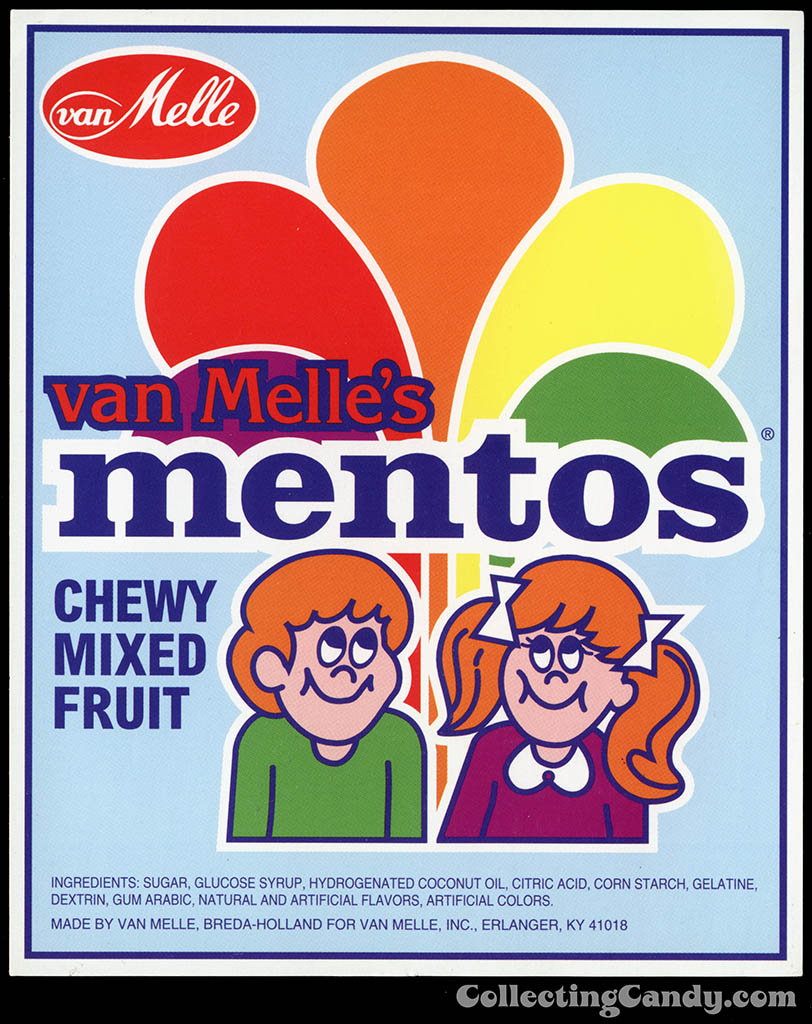 As I mentioned at the top of today’s post, many Americans first became aware of Mentos during the early 1990’s due to the highly successful “Freshmaker” ad campaign.  Here are three spots I picked from YouTube to include:

Those 1990’s ads were not only a huge success but I’d estimate that they were one of the most parodied ad campaigns ever, which makes sense as they seem to lend themselves to ridiculous and humorous juxtapositions.

I’d like to round out today’s post by showcasing the small assortment of contemporary Mentos wrappers and other packaging from my collection.  A number of these are from Japan and Southeast Asia as they feature flavors that cannot be found in the United States.  You’ll notice that I’ve saved the inner foil wrappers for these, as they are often a color specific to the flavor: 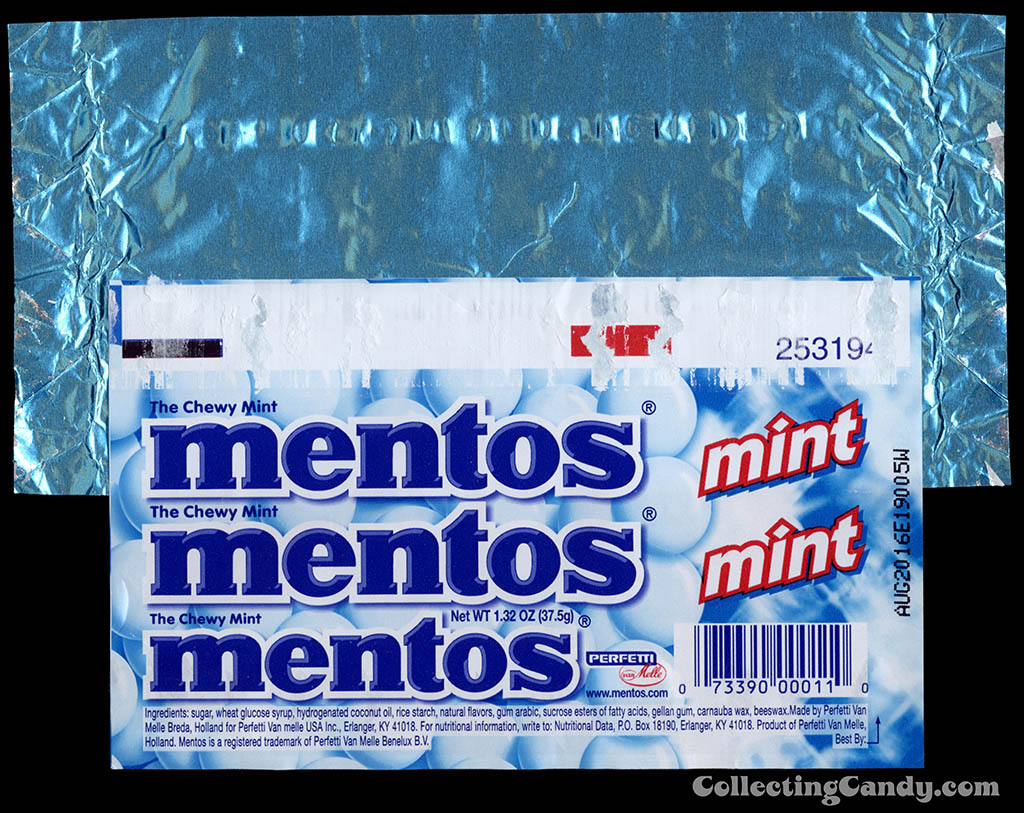 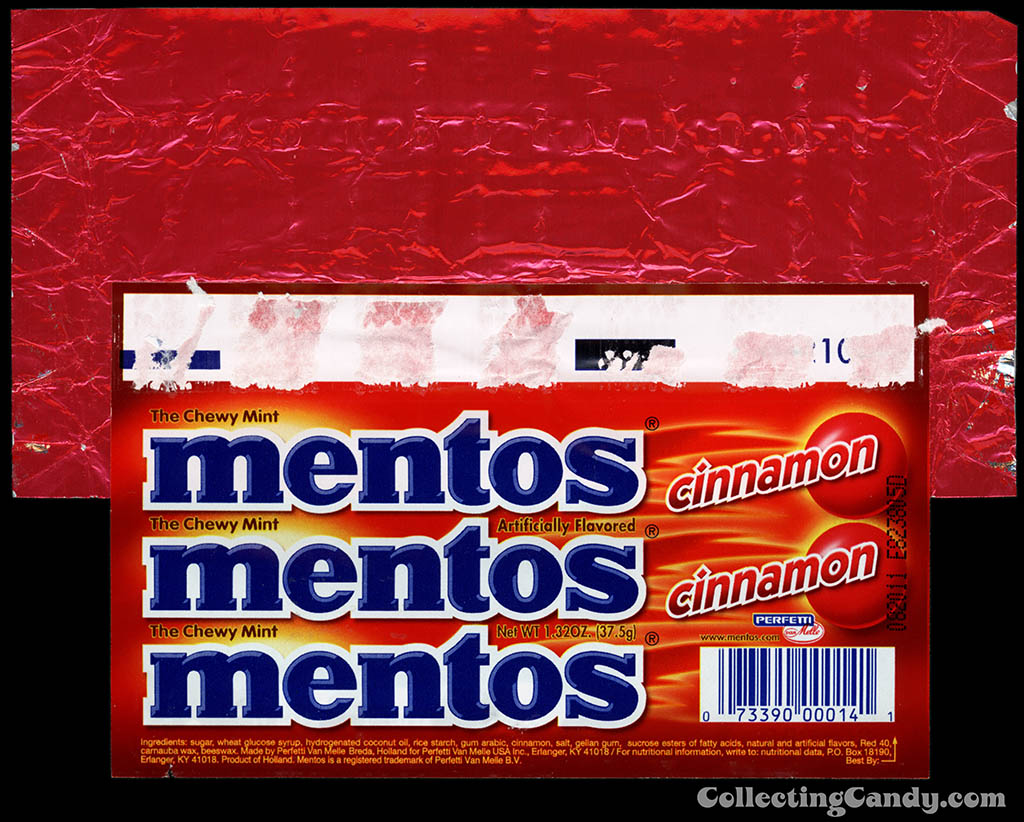 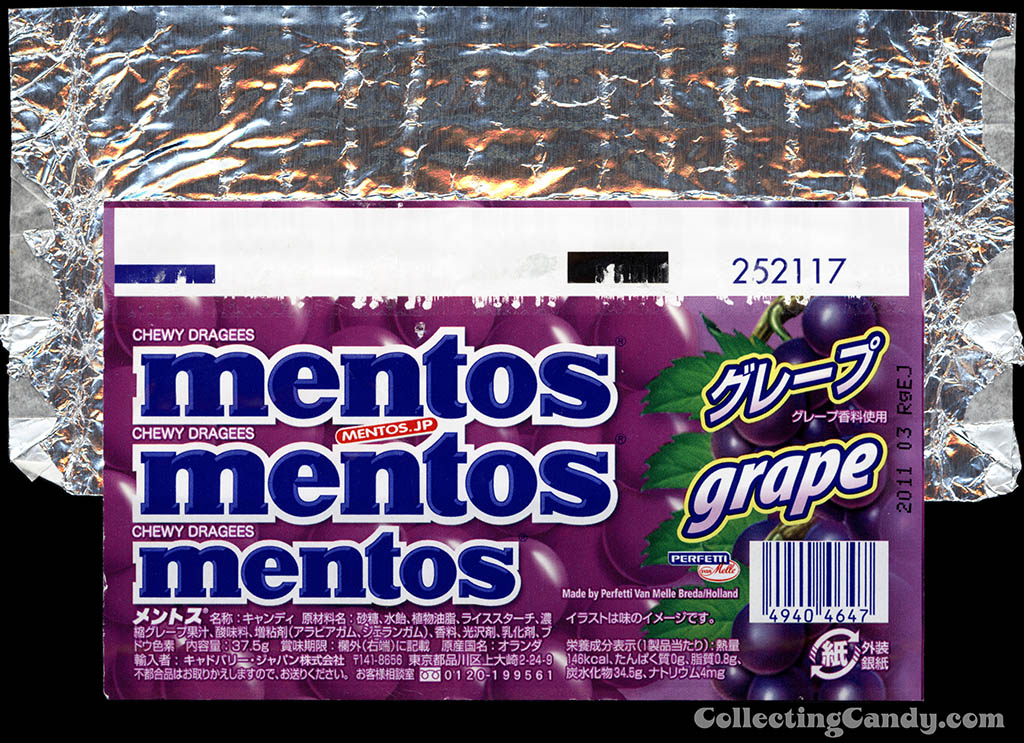 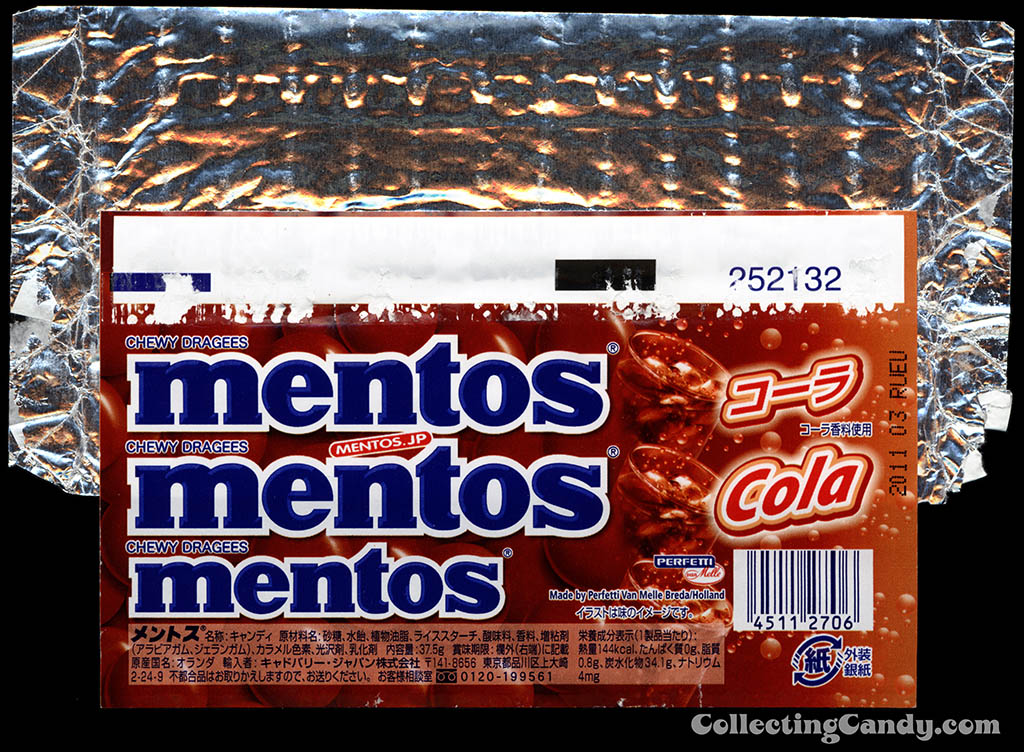 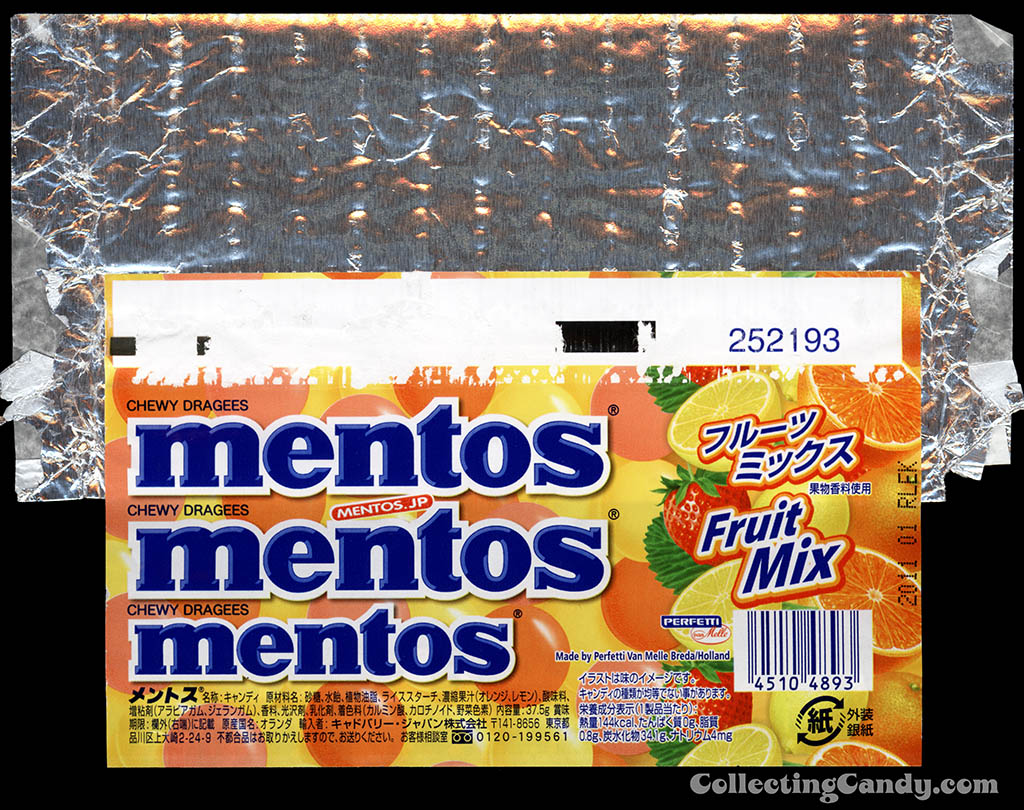 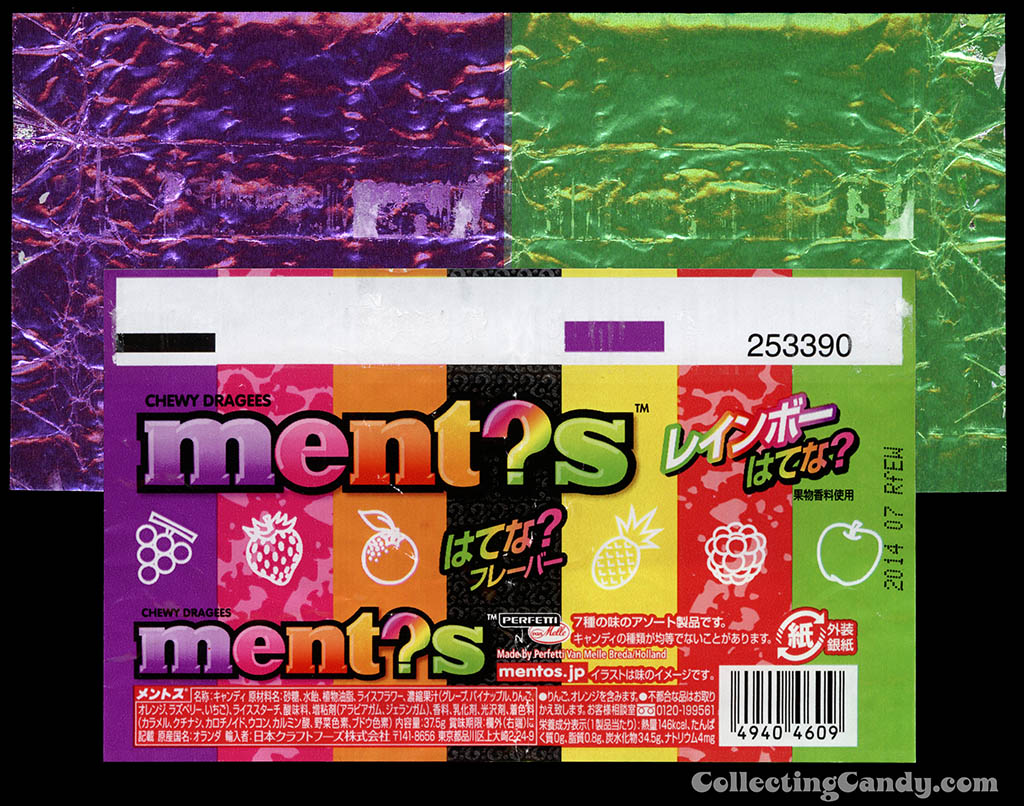 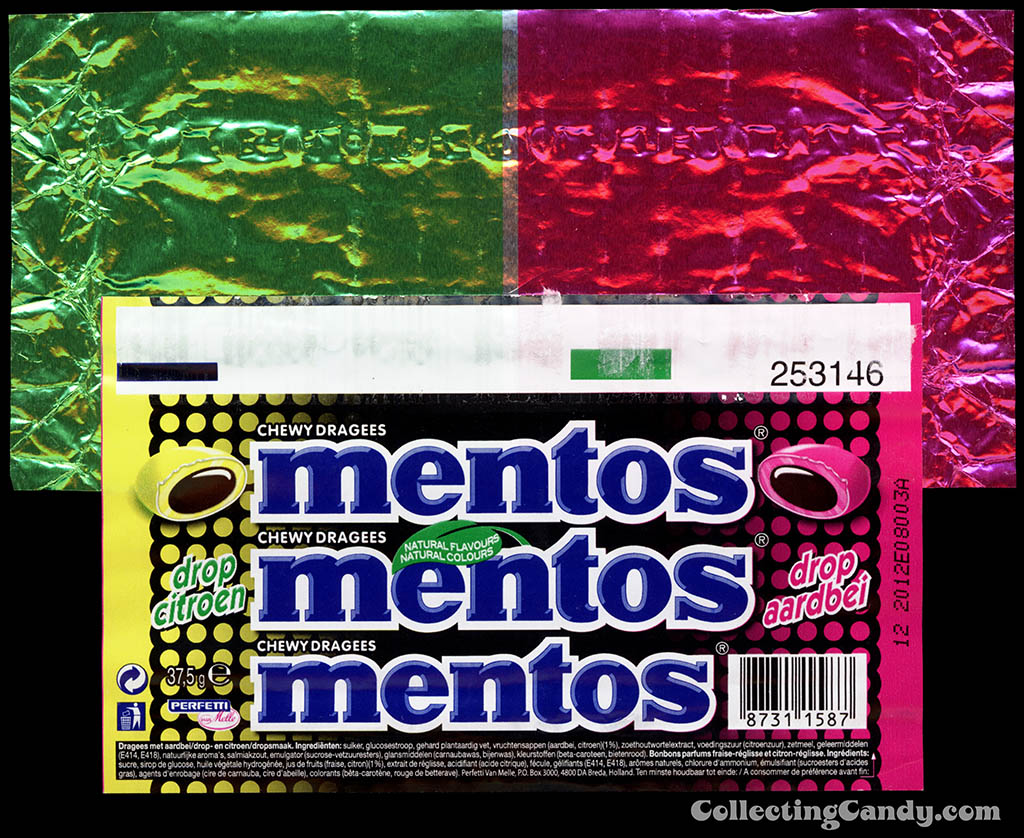 Here are a few other pieces of Mentos packaging from my collection: 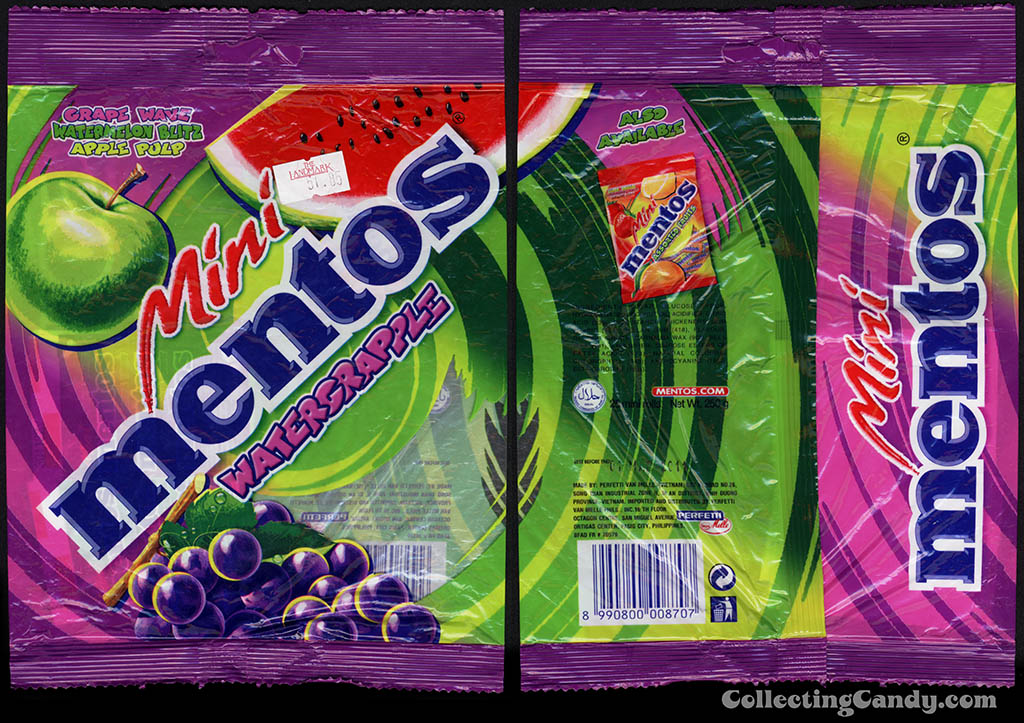 That’s everything in my collection, but I have one last bit to share.

More than just a classic mint/fruit chew or even a successful ad campaign, Mentos have also become forever tied to an amateur science experiment/prank.   Yes, I’m referring to the Mentos/Diet Coke experiment.  Much has been written about it, but needless to say, dropping a mint Mentos into a bottle of Diet Coke results in an explosive reaction.  So rather than discuss it further I’ll simply leave you with he most-viewed YouTube video of said Mentos/Diet Coke experiment.  Enjoy:

And that’s everything I’ve got share on my then-and-now and around-the-world coverage of Mentos!  Das Freshmaker!  See you next time!!

A New York City based writer, editor and sometimes actor. After spending much of the 1990′s in the comic book business helping tell the stories of Marvel Comics’ X-Men as series editor, he has since split his time between developing his own entertainment properties while still consulting and working on others. Having been described as “the Indiana Jones of lost and forgotten candy”, Jason is one of the country’s premier candy collectors and historians with his discoveries appearing in countless blogs, magazines, newspaper articles, and books. Always happy to share his knowledge and unique perspectives on this colorful part of our popular culture, Jason has consulted with New York’s Museum of Food and Drink and has also been a featured guest on Food Network’s Heavyweights, France’s M6 Capital, and New York’s TheActionRoom.com. My Google Profile+
View all posts by Jason Liebig →
This entry was posted in 1970's, 1980's, 1990's, Japanese and tagged 1970's candy, 70's candy, candy collecting, candy collection, candy collector, candy wrapper collection, candy wrapper collector, collectible, collecting candy, confectionery, confections, Diet Coke, Holland, Mentos, mints, Netherlands, packaging, Perfetti, sweets, Van Melle, vintage candy wrapper, wrapper. Bookmark the permalink.

1 Response to Mentos – Then-and-Now and Around-the-World!