These days, seeing special limited edition flavors of candy is a typical occurrence.  Just last night I came across Easter-themed packages of M&M’s Coconut and I’ve still got a bag of Candy Corn M&M’s in my fridge.

Companies have been spinning-off their franchise brands for decades, though in the past these were often meant to be permanent line extensions, not just limited run editions.

As a collector, I’ve long been particularly enamored with what I call “oddball spinoffs” of classic brands.  To me, they’re like seeing alternate-dimension versions of your favorite superheroes – I can’t tell you exactly why I have a special fondness for them, but I do.

Though not a candy item, one of my favorite oddball spinoff pieces I’ve acquired is a Devil’s Food Twinkies box.  It features what I call the “Blazing Saddles” version of Hostess’ Twinkie the Kid mascot: 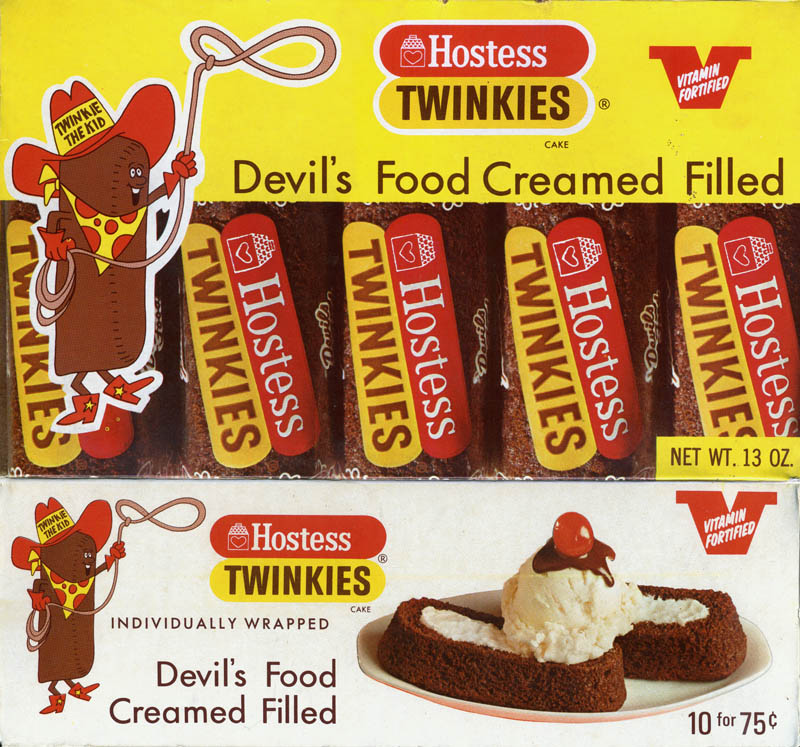 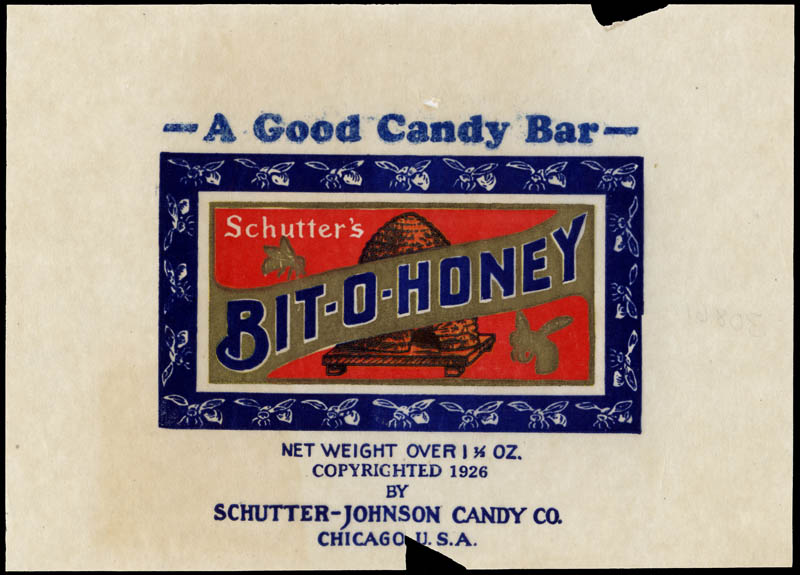 First introduced in 1924, Bit-O-Honey has become one of the great American candy brands.  A honey-flavored taffy-like confection served up in rectangular pieces, it’s a bar that takes some work and time to consume – and it is delicious.  Enjoyed by generations of candy-loving consumers, it has also provided a number of notable oddball spinoffs.

The oldest spinoff I could find for the brand was Bit-O-Coconut – which appears to have been around in the 1950’s.  The only reference I have for Bit-O-Coconut comes from The Great American Candy Bar Book by Ray Broekel. 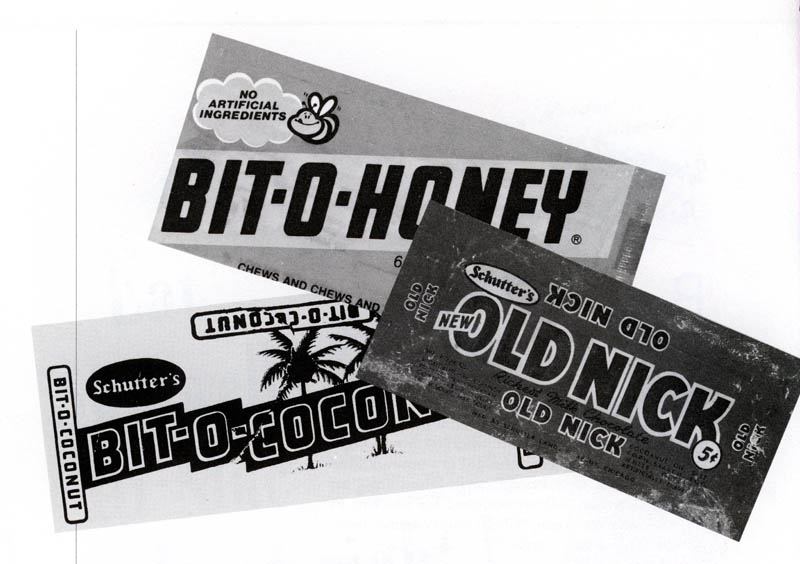 Out of print now, Ray Broekel’s book has been an important research tool for me, as it features information I could not find anywhere else.   Broekel’s efforts at preserving and documenting confectionery history have also been an inspiration to my own work.  I’ll be doing a more in-depth review of Mr. Broekel’s candy-related books in a later column.

While Bit-O-Coconut appears to have disappeared by the late 1960’s, other oddball spinoffs had begun to crop up within the Bit-O-Honey family.  The first was Bit-O-Peanut butter, followed by Bit-O-Licorice in 1969.   I have a pair of trade ads from 1971 that feature both: 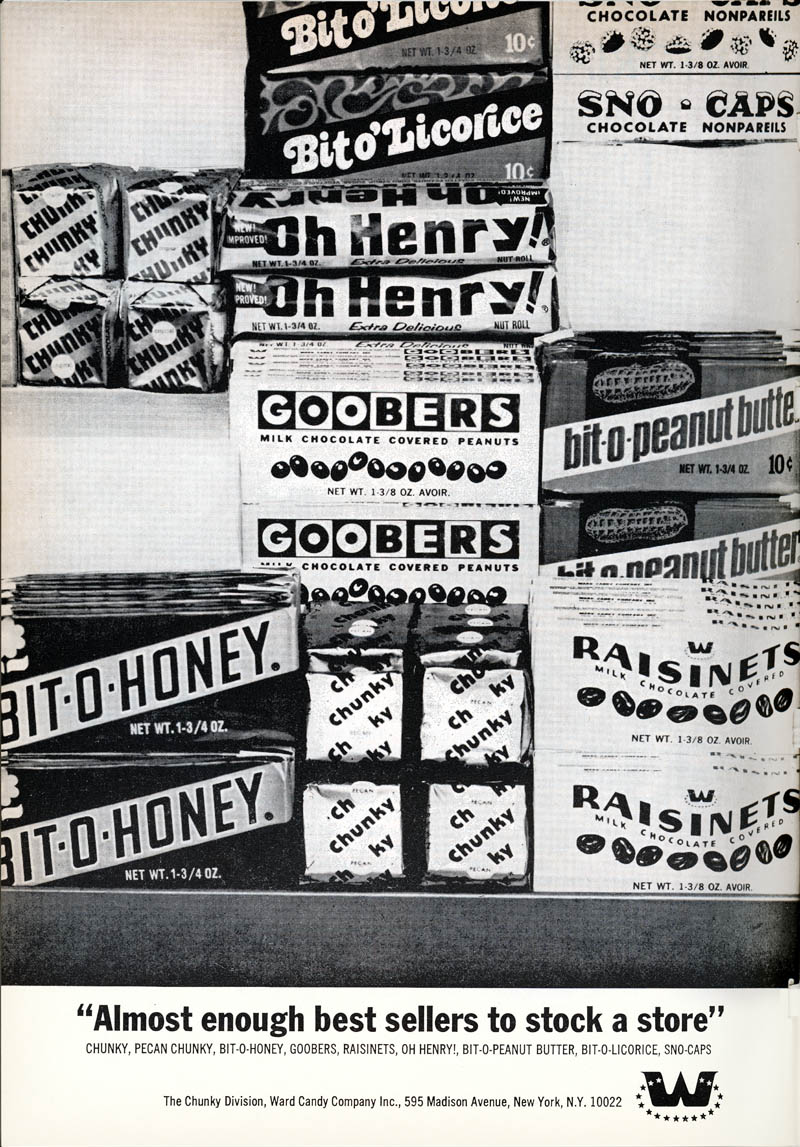 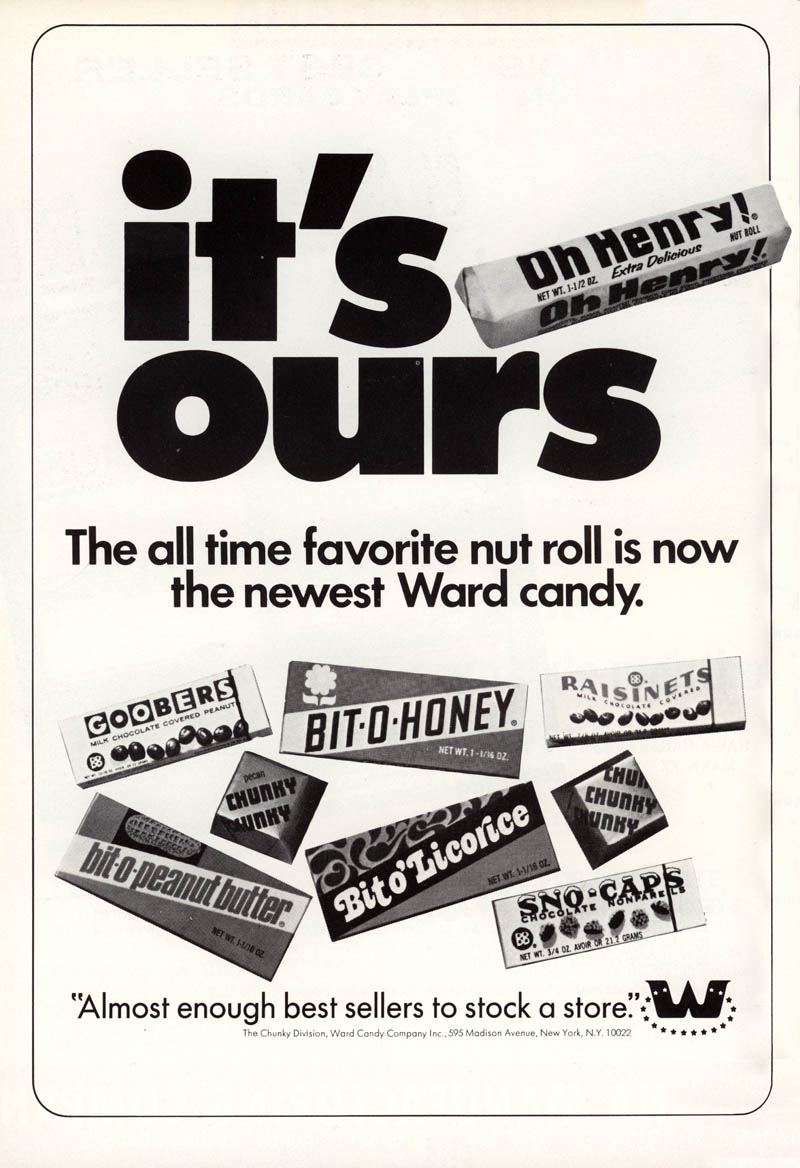 Bit o’ Licorice has such a great mod wrapper design.  Here’s a trade clipping that highlights its 1969 launch: 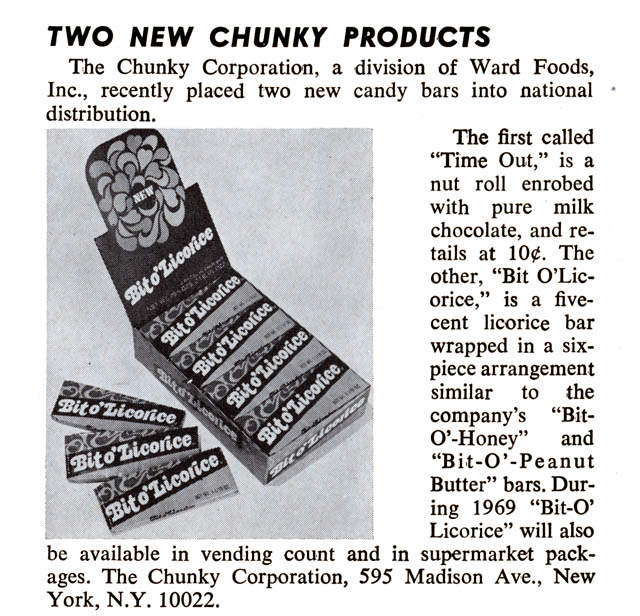 I’ve never come across a full-size Bit-O-Peanut Butter or Bit o’ Licorice wrapper, but I was lucky to add this fun-size Bit ‘o Licorice example to my collection two years ago:

Next up is the oddball spinoff that might have been the last for Bit-O-Honey.  [If there were others after this, I haven’t found evidence of them.]   Launched in the 1970’s, it would appear to be Bit-O-Honey’s best-remembered spinoff;  Bit-O-Chocolate.  This wrapper, I am happy to report, I do have in my collection. 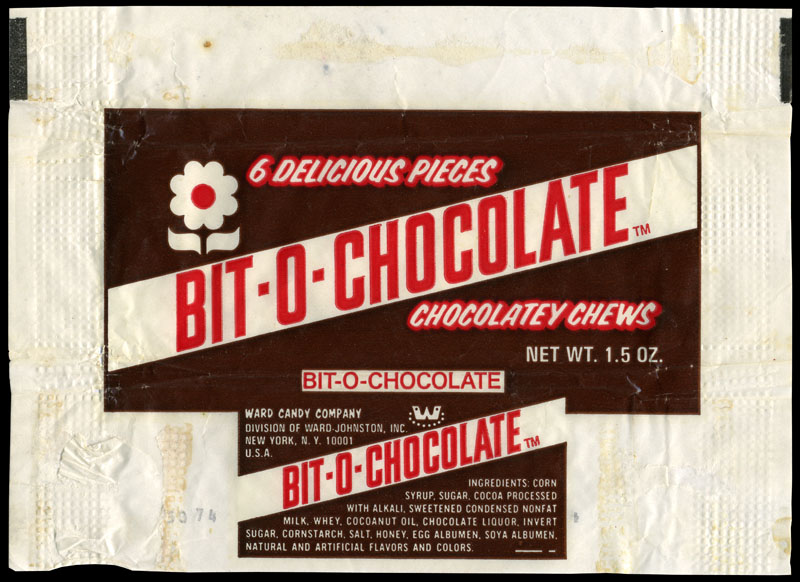 Featuring a design entirely based on the Bit-O-Honey wrapper of the time, to my eye the Bit-O-Chocolate is very much like an alternate timeline Superman, standing next to his Earth-1 counterpart. 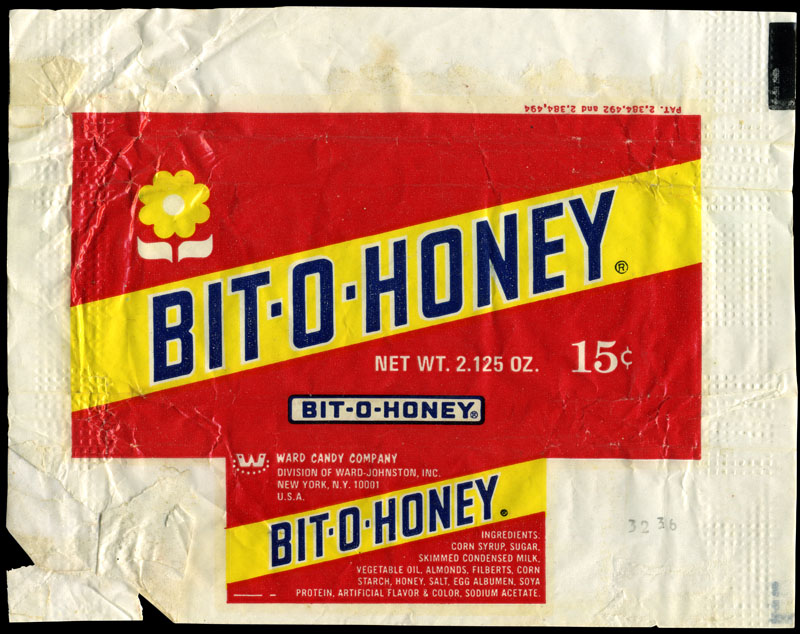 Steve Almond’s wonderful 2005 book, Candy Freak: A Journey through the Chocolate Underbelly of America, brings up Bit-O-Chocolate several times throughout its narrative, culminating in Almond’s encountering a vintage Bit-O-Chocolate package within the collection of the aforementioned Ray Broekel.  I highly recommend it.

That’s it for today’s entry in the category of oddball spinoffs.  I look forward to documenting more of these down the road here on CollectingCandy.com, and discovering those I have yet to find.

A New York City based writer, editor and sometimes actor. After spending much of the 1990′s in the comic book business helping tell the stories of Marvel Comics’ X-Men as series editor, he has since split his time between developing his own entertainment properties while still consulting and working on others. Having been described as “the Indiana Jones of lost and forgotten candy”, Jason is one of the country’s premier candy collectors and historians with his discoveries appearing in countless blogs, magazines, newspaper articles, and books. Always happy to share his knowledge and unique perspectives on this colorful part of our popular culture, Jason has consulted with New York’s Museum of Food and Drink and has also been a featured guest on Food Network’s Heavyweights, France’s M6 Capital, and New York’s TheActionRoom.com. My Google Profile+
View all posts by Jason Liebig →
This entry was posted in 1960's, 1970's, Uncategorized. Bookmark the permalink.