The confectionery world is one that is never too shy to jump on a trend or fad, and that was certainly the case with the Leaf company.  They were skilled at re-branding their standard gumball assortments into products that reflected then-current pop culture like Jaws, CB Radios and in 1978; Star Wars.  Leaf’s Space Wars was their bubble gum product that loosely invoked the sci-fi classic.

Leaf would typically release these re-branded gumball offerings to the vending trade as it was the one most suited to take advantage of the invoked trends (or perhaps quickly misread names) since it was an impulse buy or change-maker purchase.

I’m fairly certain that I personally remember seeing Leaf’s Space Wars gum in vending machines as a kid, as this vending insert card looks so familiar to me now:

Beyond just putting them in vending machines, Leaf would also take some of these re-branded gumball products and distribute them to the full candy trade, typically as cellophane tubes of gumballs.  Leaf’s Space Wars bubble gum received that treatment and I’m happy to report I have one of the cello packs in my collection: 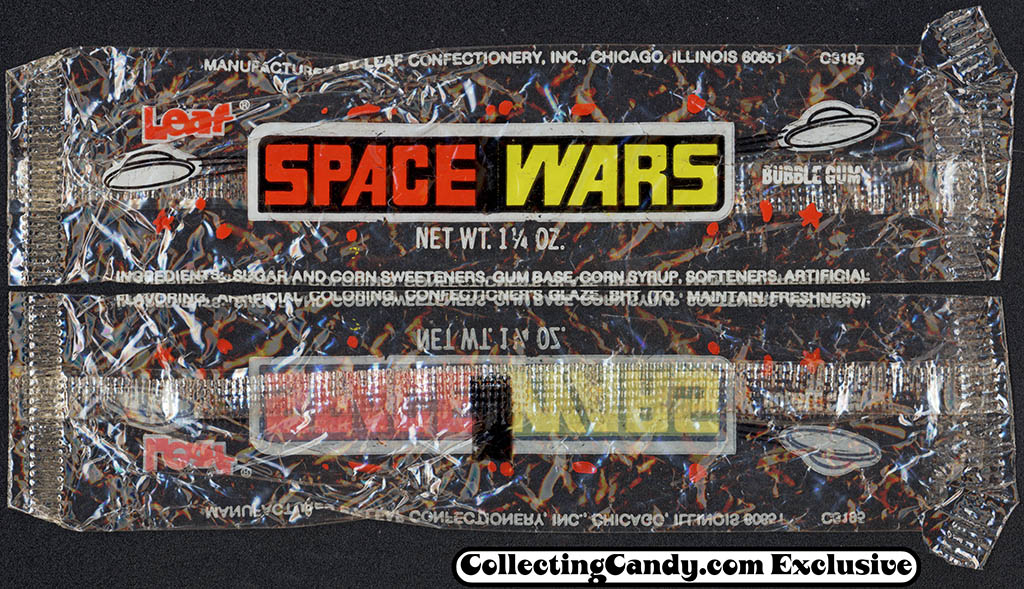 While digging through my archive of vintage trade materials from the era, I was able to find one small photo of a Leaf Space Wars full display box.  In the photo, you can see that the display box utilized some of the graphics from the vending insert along with additional artwork not found on it.  Here it is: 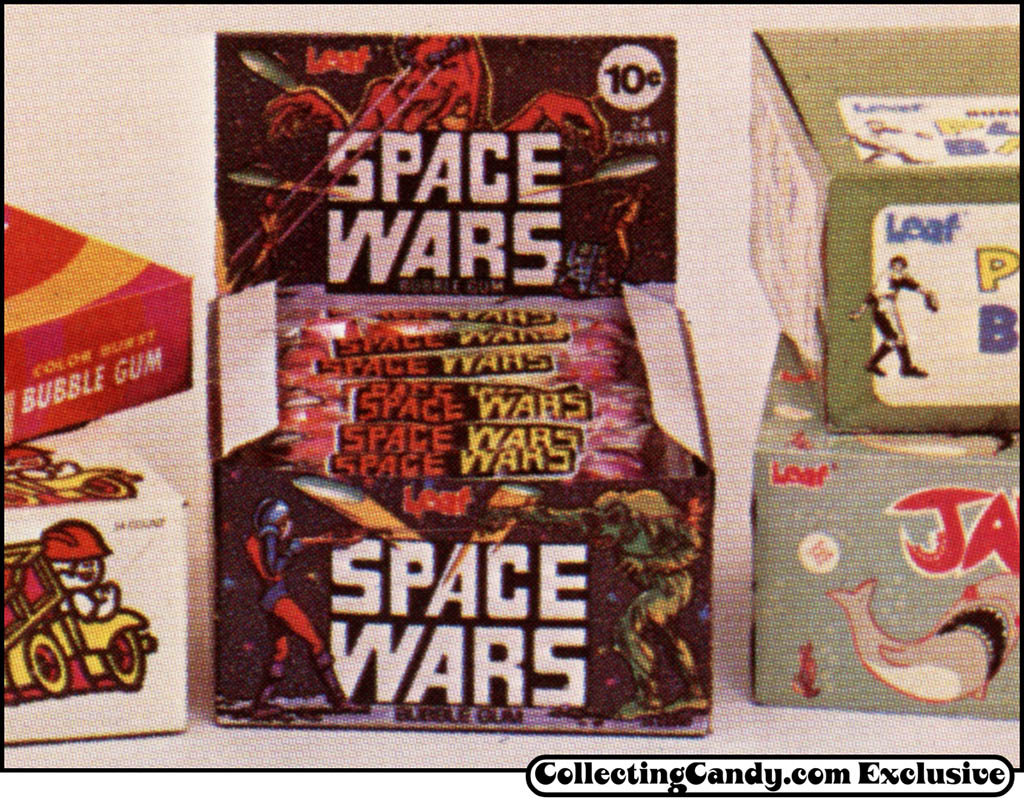 [Note: On the edge of that image you can see Leaf’s Jaws-inspired offering, but that is a topic I’ll be paddling back around to cover later on.]

I’ve never encountered an actual example of that Leaf Space Wars display box, but I’d love to find one – it looks pretty neat!

And that’s everything for today’s coverage of Leaf’s Space Wars bubble gum, an offering loosely inspired by one of my all-time-favorite flicks; Star Wars.

A New York City based writer, editor and sometimes actor. After spending much of the 1990′s in the comic book business helping tell the stories of Marvel Comics’ X-Men as series editor, he has since split his time between developing his own entertainment properties while still consulting and working on others. Having been described as “the Indiana Jones of lost and forgotten candy”, Jason is one of the country’s premier candy collectors and historians with his discoveries appearing in countless blogs, magazines, newspaper articles, and books. Always happy to share his knowledge and unique perspectives on this colorful part of our popular culture, Jason has consulted with New York’s Museum of Food and Drink and has also been a featured guest on Food Network’s Heavyweights, France’s M6 Capital, and New York’s TheActionRoom.com. My Google Profile+
View all posts by Jason Liebig →
This entry was posted in 1970's, Bubble Gum, Gum and tagged bubblegum, candy collecting, candy collection, candy collector, candy wrapper collection, candy wrapper collector, collectible, collecting candy, confectionery, confections, gum, gumballs, Leaf, packaging, Star Wars, sweets, vending, vintage candy wrapper, wrapper. Bookmark the permalink.