During the Halloween season each year I (along with my recruited friends and family) scour store shelves to see what special packaging has been designed for the holiday.  There are many instances of seasonal items never showing up in the places I shop, but landing in the locales where my gracious candy agents are hunting.

This year, I expanded the search to online candy retailers – and I was surprised at how much is produced that doesn’t seem to hit mainstream retail at all.  Such was the case with the topic of today’s post:  Halloween Sugar Babies monster boxes!

Without a doubt, my favorite Halloween seasonal packaging occurs when classic monsters are included.  I enjoy Jack-O-Lanterns as much as anyone but a classic monster is where it’s really at for me.  So when I saw a Sugar Babies/Sugar Daddies Halloween multi-bag online containing fun-size Sugar Babies boxes with monsters on them, I couldn’t hit “Add-To-Cart” fast enough.

Just over a week later, the goodies arrived at my door.  When I pulled the Halloween Sugar Babies/Sugar Daddy package out of its shipping box, I immediately took note of how big the bag was — weighing in at just over a pound and boasting 40 pieces in the package, it was a bit of a monster itself: 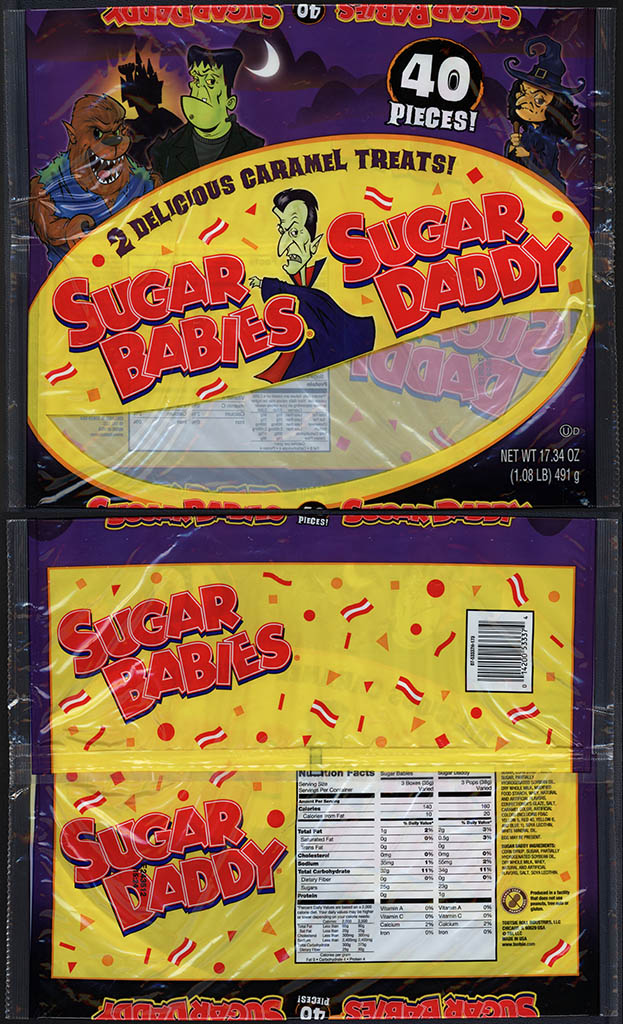 I quickly began sorting out the monsteriffic Sugar Babies boxes, knowing from the website where I ordered them that there would be four different box designs, each with one of the monsters.

Unfortunately, like a kid who hopes to build a set of Wacky Packages from his full box of stickers and comes up short, my Sugar Babies assortment sported one MIA monster.  And not only that, but the one who called in sick to this multi-bag was my favorite of the bunch:  Frankenstein’s monster.

Though my hoped-for set of four would remain incomplete for now, I still came away with three very cool Sugar Babies Halloween monster boxes.  And here they are: 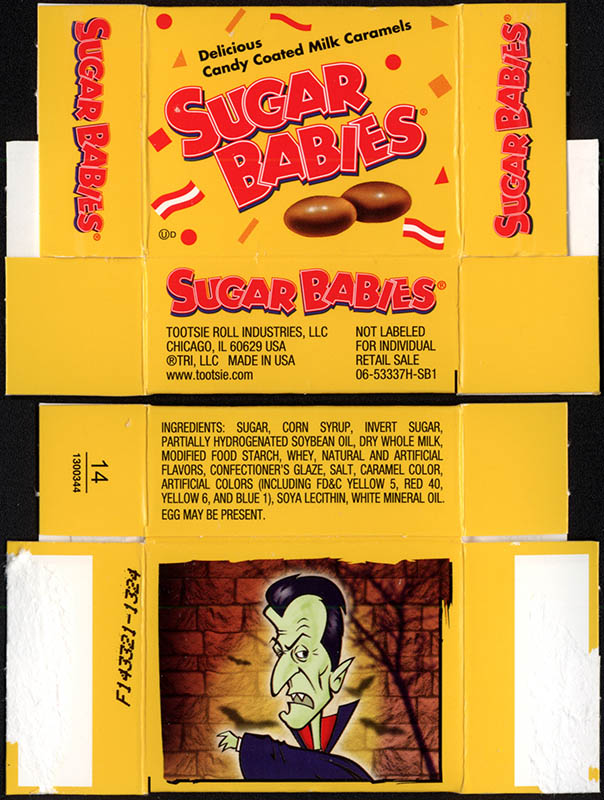 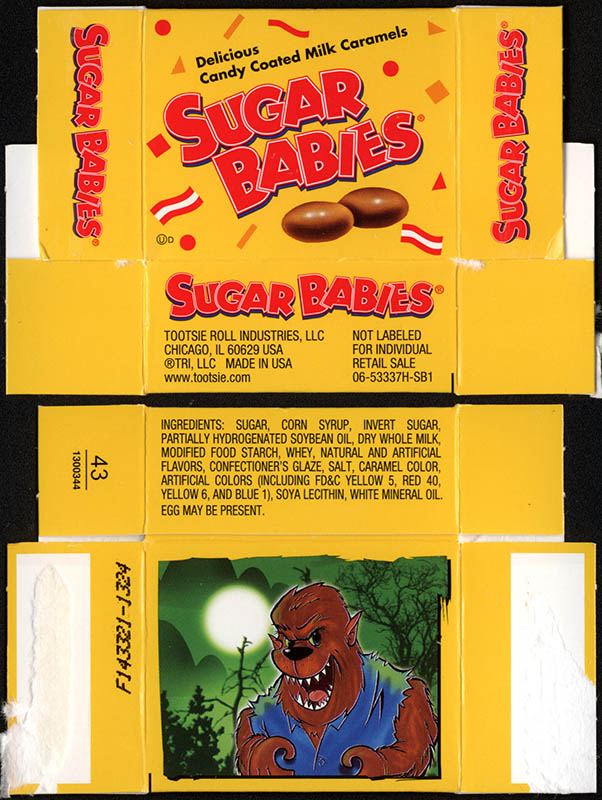 For the sake of completeness in today’s coverage, here’s what a complete set of the four boxes would look like: 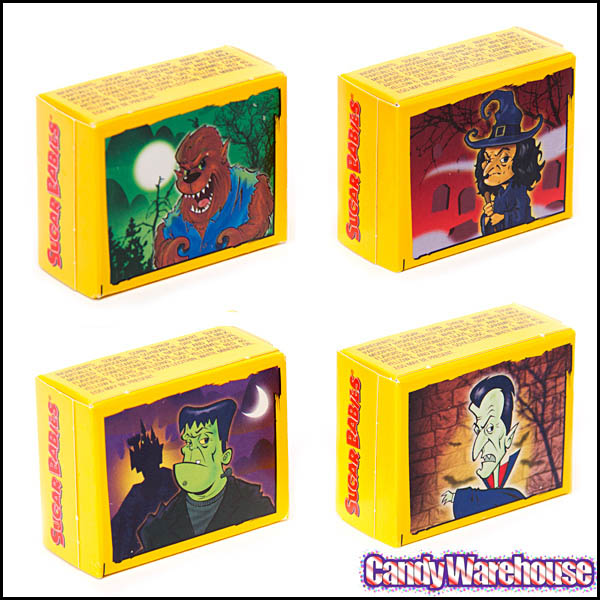 If anyone out there happens to have bought these and has a spare Frankenstein box, please let me know.  I hadn’t planned to order another full bag to try for a Frank, but I still might!

A New York City based writer, editor and sometimes actor. After spending much of the 1990′s in the comic book business helping tell the stories of Marvel Comics’ X-Men as series editor, he has since split his time between developing his own entertainment properties while still consulting and working on others. Having been described as “the Indiana Jones of lost and forgotten candy”, Jason is one of the country’s premier candy collectors and historians with his discoveries appearing in countless blogs, magazines, newspaper articles, and books. Always happy to share his knowledge and unique perspectives on this colorful part of our popular culture, Jason has consulted with New York’s Museum of Food and Drink and has also been a featured guest on Food Network’s Heavyweights, France’s M6 Capital, and New York’s TheActionRoom.com. My Google Profile+
View all posts by Jason Liebig →
This entry was posted in Boxed, CountdownToHalloween, Halloween, Holiday and tagged candy collecting, candy collection, candy collector, candy wrapper collection, candy wrapper collector, collectible, collecting candy, confectionery, confections, Dracula, Frankenstein, Halloween, Halloween candy, packaging, Sugar Babies, Sugar Daddy, sweets, vampire, vintage candy wrapper, werewolf, wolfman, wrapper. Bookmark the permalink.