Last year Just Born introduced a terrific Halloween seasonal edition of Mike and Ike called Mummy’s Mix, which quickly became one of my favorites for 2012.  And while that was a big hit, Just Born didn’t rest on their laurels as this year Mummy’s Mix has been joined by their all-new Halloween offering: Mike and Ike Vampire Variety! 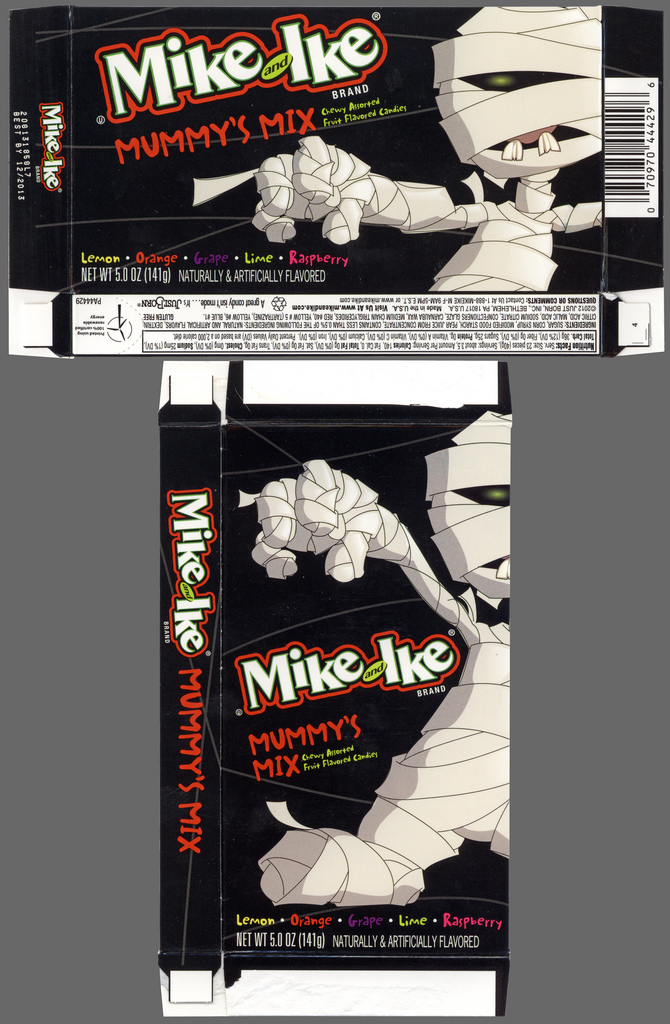 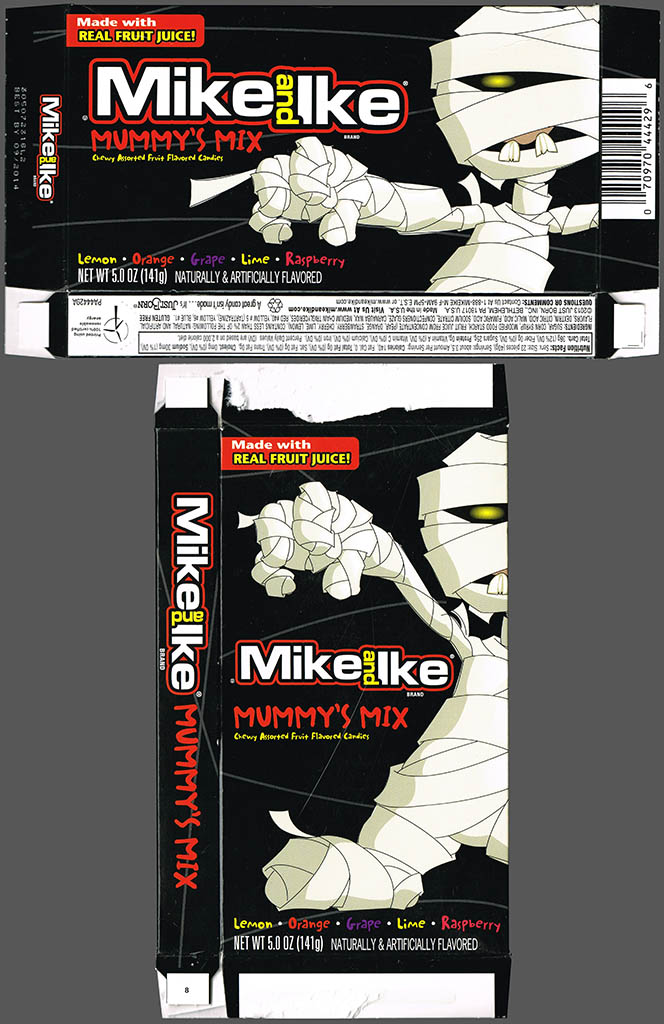 So while it is only in its second year, the Mummy’s Mix seasonal release has produced two distinct box variations, the first of which only lasted one year.

I suspect that Mummy’s Mix will be a recurring Halloween seasonal for the next few years but you can never be sure.  The one thing I am certain of is that Just Born are taking their brands in some fun creative directions because this year they added a second Halloween Mike and Ike release to their assortment with 2013’s Vampire Variety: 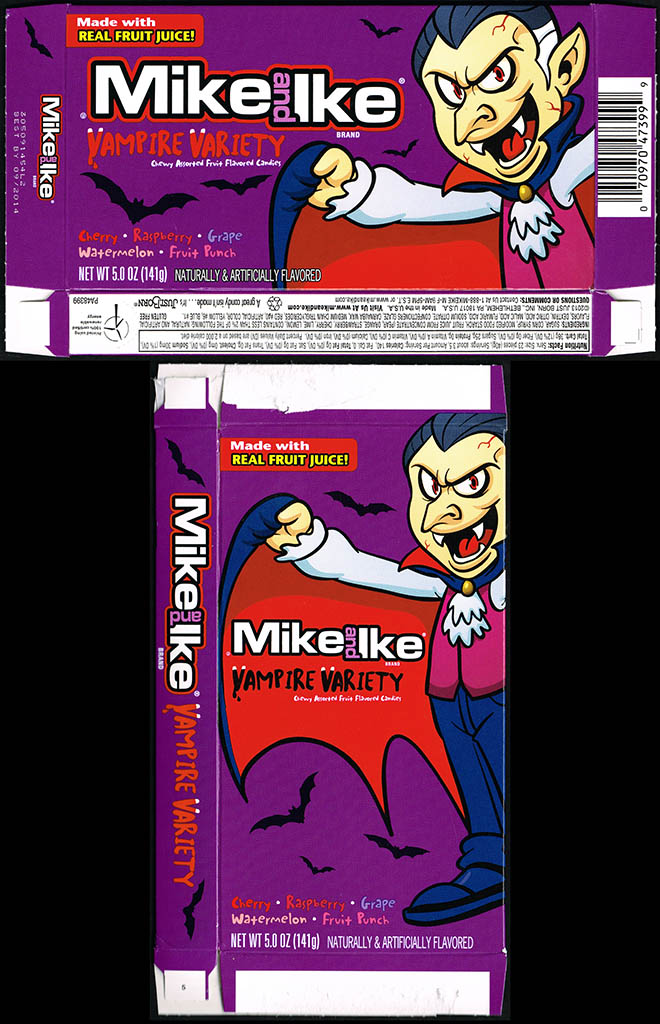 How great is that one?  Gotta love vampires and mummies making their way onto Mike and Ike boxes as seasonal mascots.

Beyond the 5 oz theater box style, these have also been offered in large snack size multi-packs.  I snapped a photo of this one during one of my Halloween candy hunts: 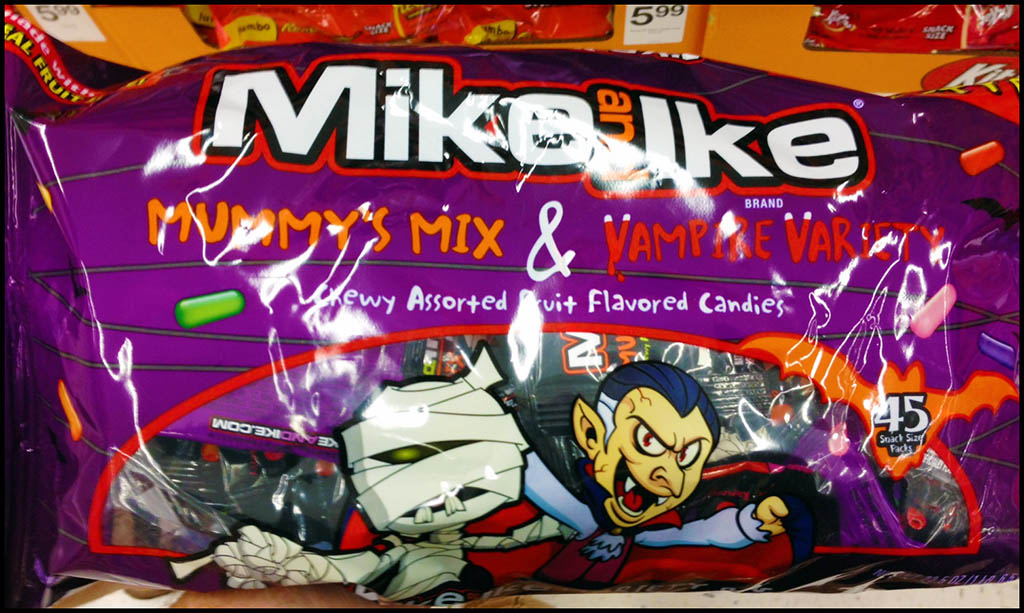 Here are examples of each of the snack packs: 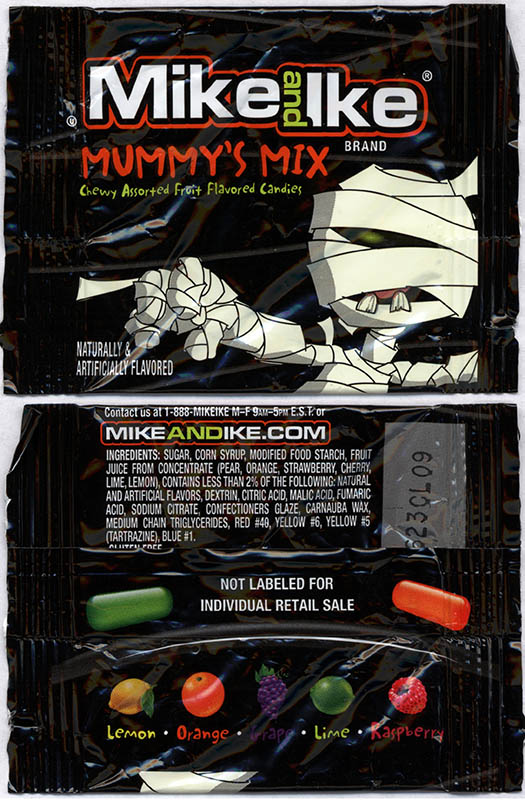 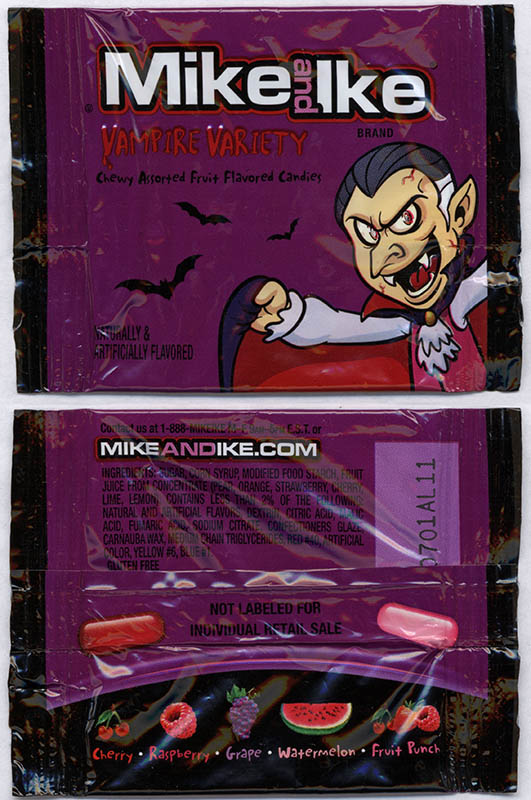 Mike and Ike Vampire Variety certainly makes my list as one of the best new introductions for the 2013 season.

And that’s everything on this great new Halloween release from Just Born.  See you next time!

A New York City based writer, editor and sometimes actor. After spending much of the 1990′s in the comic book business helping tell the stories of Marvel Comics’ X-Men as series editor, he has since split his time between developing his own entertainment properties while still consulting and working on others. Having been described as “the Indiana Jones of lost and forgotten candy”, Jason is one of the country’s premier candy collectors and historians with his discoveries appearing in countless blogs, magazines, newspaper articles, and books. Always happy to share his knowledge and unique perspectives on this colorful part of our popular culture, Jason has consulted with New York’s Museum of Food and Drink and has also been a featured guest on Food Network’s Heavyweights, France’s M6 Capital, and New York’s TheActionRoom.com. My Google Profile+
View all posts by Jason Liebig →
This entry was posted in Boxed, CountdownToHalloween, Halloween, Holiday and tagged candy collecting, candy collection, candy collector, candy wrapper collection, candy wrapper collector, collectible, collecting candy, confectionery, confections, Halloween, Halloween candy, Just Born, mascot, Mike & Ike, Mike and Ike, monster, packaging, sweets, vampire, vintage candy wrapper, wrapper. Bookmark the permalink.