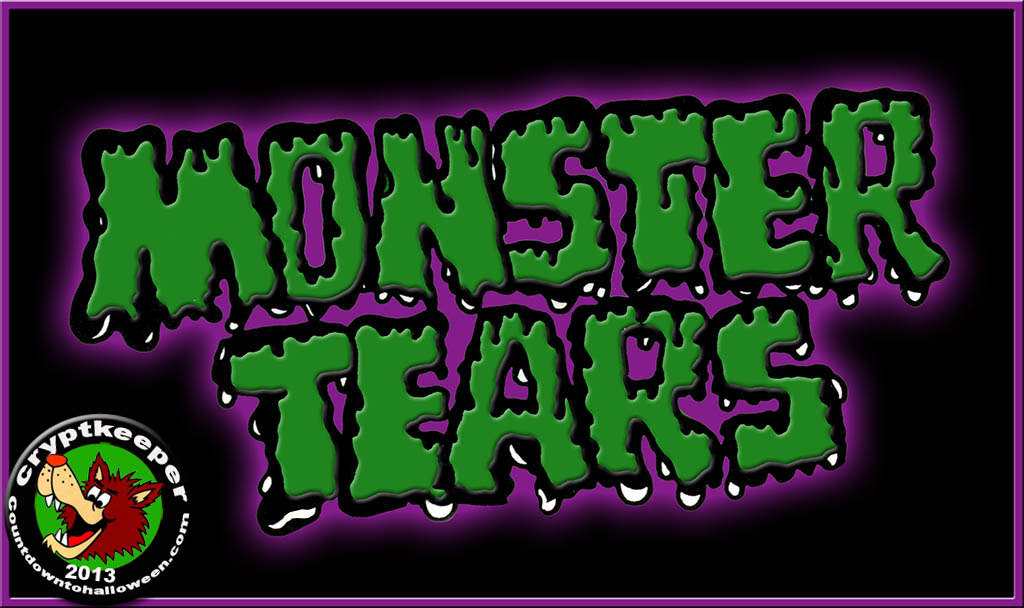 Years before drink boxes were to be found in children’s school backpacks, the Flexible Packaging division of the H.R. Nicholson company was producing what might be the clearest predecessor to them. In 1975 they created a monster-themed version of their early drinkable confection and called it Monster Tears.

There is no mention of Monster Tears that I could find anywhere on the internet and I have no examples of packaging for them in my collection. The only evidence of their existence that I could dig up at all was the following candy trade magazine ad, from 1975: 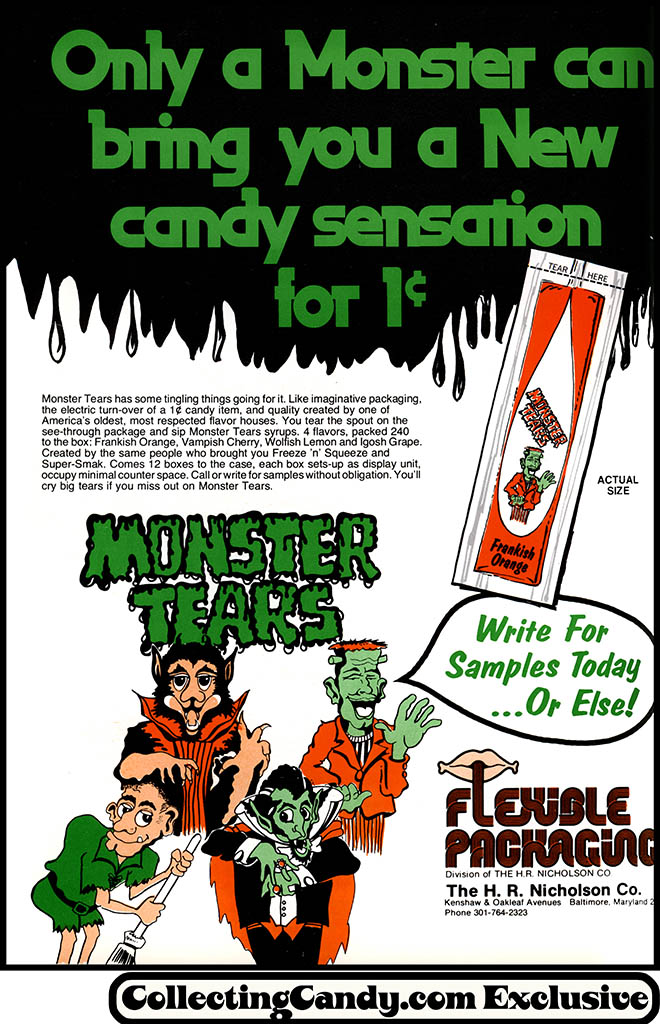 From the looks of it, you might imagine Monster Tears to be something akin to a freeze pop that isn’t meant to be frozen. With flavors like Frankish Orange, Vampish Cherry, Wolfish Lemon, and Igosh Grape these were clearly doing their best to invoke some classic monster fun.

Here’s a close-up of the illustration of the single pack from the ad:

While I was old enough to have encountered these, I have no memory of ever seeing them and I certainly don’t ever remember trying one.

And that’s everything I have dug up on the strange and unusual 1970’s treat known as Monster Tears.

Does anyone out there have memories of these? If you do, please leave a comment.

A New York City based writer, editor and sometimes actor. After spending much of the 1990′s in the comic book business helping tell the stories of Marvel Comics’ X-Men as series editor, he has since split his time between developing his own entertainment properties while still consulting and working on others. Having been described as “the Indiana Jones of lost and forgotten candy”, Jason is one of the country’s premier candy collectors and historians with his discoveries appearing in countless blogs, magazines, newspaper articles, and books. Always happy to share his knowledge and unique perspectives on this colorful part of our popular culture, Jason has consulted with New York’s Museum of Food and Drink and has also been a featured guest on Food Network’s Heavyweights, France’s M6 Capital, and New York’s TheActionRoom.com. My Google Profile+
View all posts by Jason Liebig →
This entry was posted in 1970's, CountdownToHalloween, Halloween, Holiday and tagged 70's candy, candy collecting, candy collection, candy collector, candy wrapper collection, candy wrapper collector, collectible, collecting candy, confectionery, confections, drink box, Frankenstein, freeze pop, juice box, monsters, packaging, sweets, vampire, vintage candy wrapper, werewolf, wolfman, wrapper. Bookmark the permalink.