During the initial two days of Cinnamon Hot Week I looked at unusual items from the 1960’s and the 1990’s – so today I’m hitting the 1970’s with a dynamite-yet-mysterious release from Topps Chewing Gum:  Bazooka Hot Bubble Gum!

Bazooka is a timeless brand and over the years it has received numerous flavor extensions like grape, cherry and apple among others.  But in my experience no Bazooka flavor is as unusual or tough to track down information on as cinnamon Bazooka Hot.

I first encountered evidence of the Bazooka Hot flavor in a group of unscored/uncut Topps display boxes – from a group found in an old printers warehouse.  There were two versions of them.

The first box sports a call-out highlighting the product as being “new”: 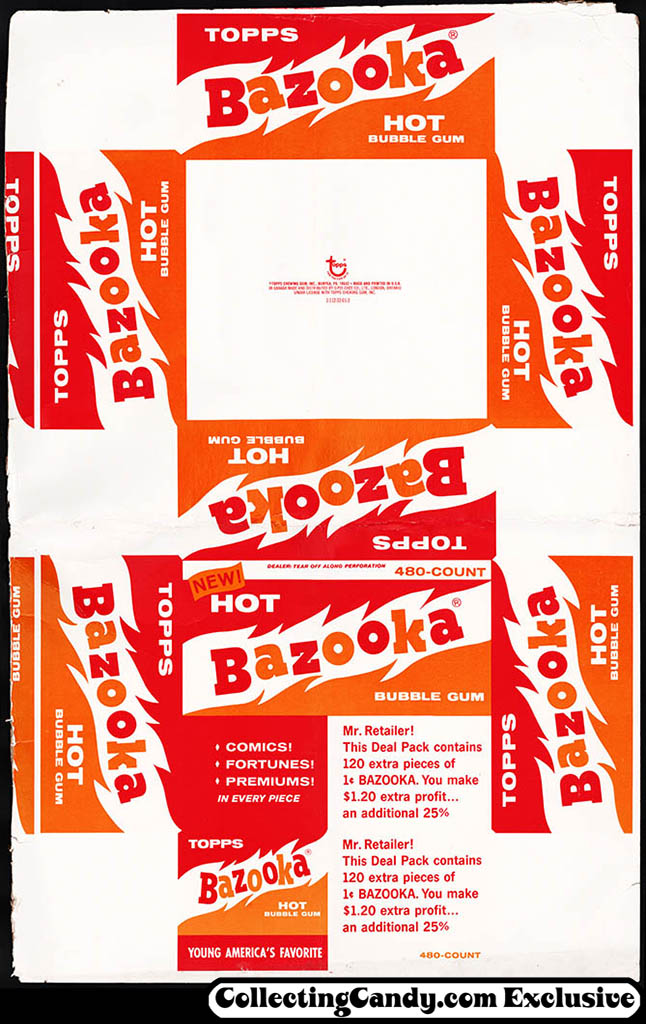 The other Bazooka Hot box flat features a “loop-T” Topps logo on the sides, as well a retailer incentive offer: 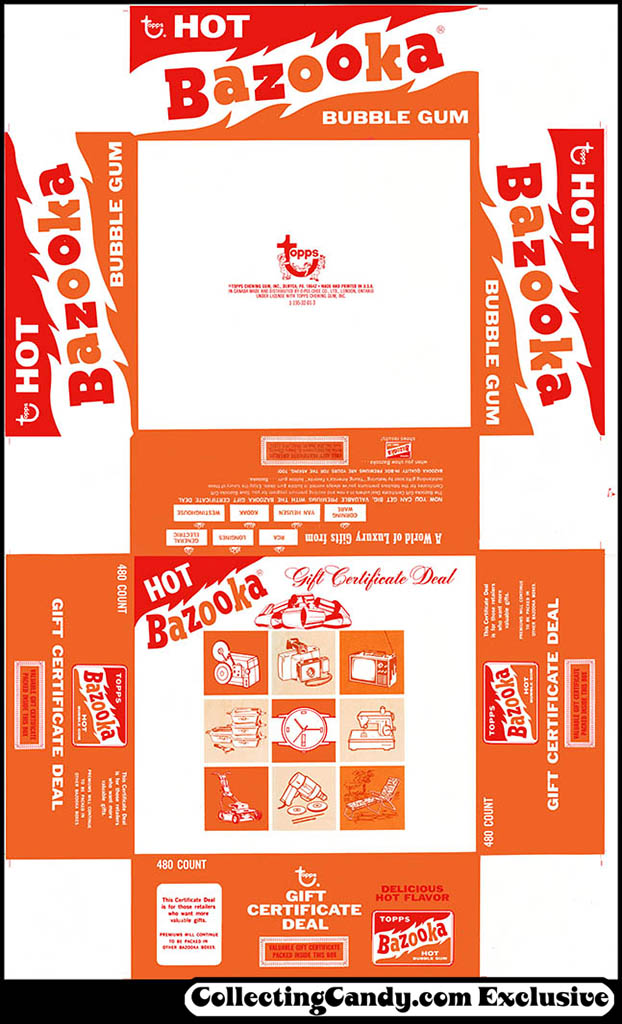 I discovered those box flats five years ago, and ever since that time I’ve hunted for any other signs of Bazooka Hot bubble gum, but always came up empty, until last year.

Late last year I acquired a promotional sales brochure for Topps’ 1974 Lineup that featured an image of a Hot Bazooka display box full of gum!

For me, images are great but the neatest pieces to track down are the actual wrappers – there’s nothing quite as satisfying as holding something meant for the trash that somehow survived through the decades.  My quest to find a Bazooka Hot wrapper almost came to fruition earlier this year when I found a printer’s production proof sheet for Bazooka Hot.

Unlike an actual Bazooka wrapper or uncut sheet of wrappers, which would have been printed on a wax-like paper, this proof sheet is printed on a slick, glossy stock.  While not an actual wrapper, this is as close as I’ve come to one – and it has finally allowed me to see what a Bazooka Hot wrapper would look like up-close.  I really dig this piece: 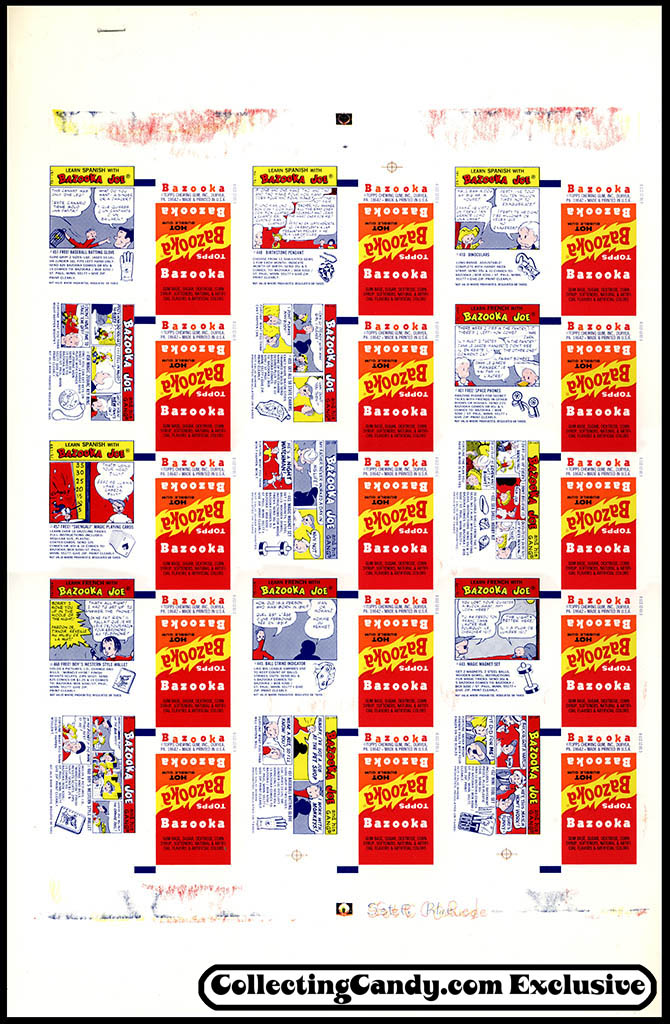 Isn’t that Bazooka Hot wrapper cool?  I love the “flame job” design element of it, playing on the classic Bazooka graphic look.  Hopefully I’ll find an actual wrapper for my collection one day.

The elusiveness of a Bazooka Hot wrapper has prompted me at times to speculate that the flavor was never produced or if it was, it was only test-marketed regionally.  But that’s only speculation and as I’ve come to learn from my confectionery adventures; just because something hasn’t been found does not mean it was never out there.

It could just be that Bazooka Hot was a short-lived product and like so many confectionery products, the packaging for it may be lost to time.  But I’ll keep hunting. 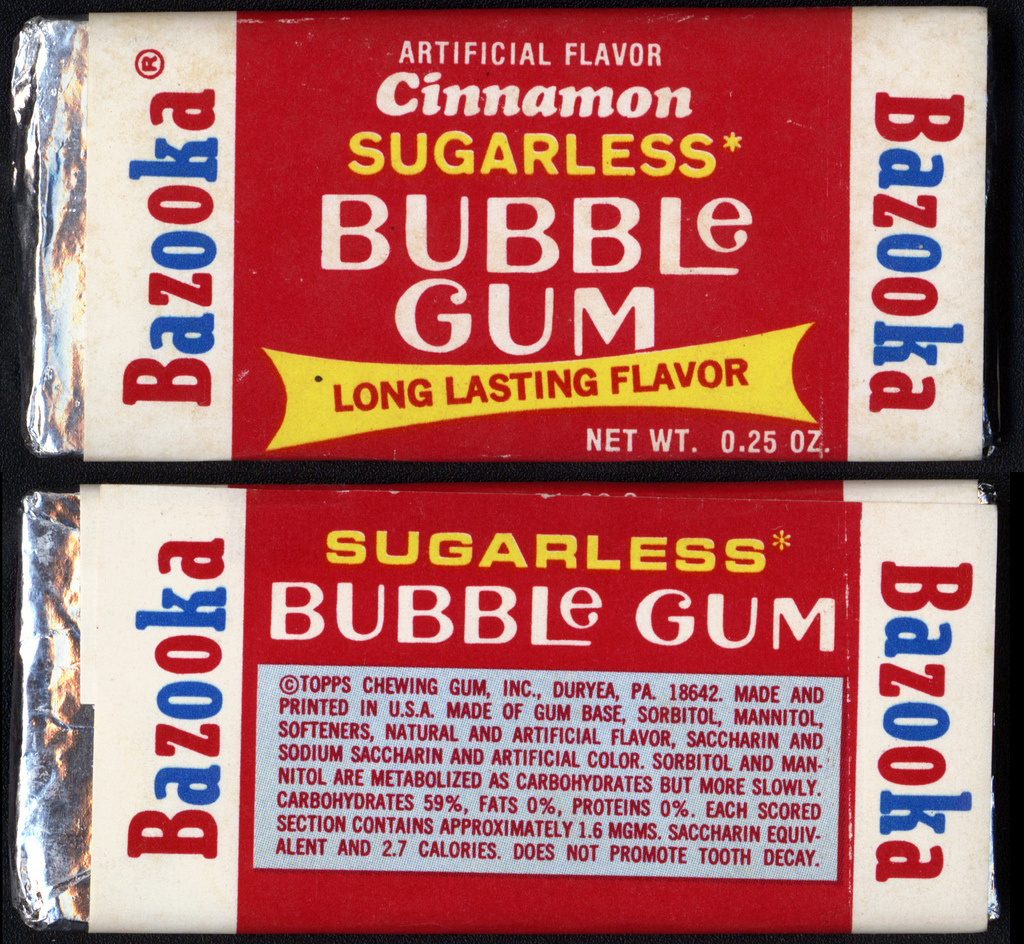 And that’s everything for today’s entry in our Cinnamon Hot Week coverage!  Check back tomorrow for more Hot Week fun.  See you next time!

A New York City based writer, editor and sometimes actor. After spending much of the 1990′s in the comic book business helping tell the stories of Marvel Comics’ X-Men as series editor, he has since split his time between developing his own entertainment properties while still consulting and working on others. Having been described as “the Indiana Jones of lost and forgotten candy”, Jason is one of the country’s premier candy collectors and historians with his discoveries appearing in countless blogs, magazines, newspaper articles, and books. Always happy to share his knowledge and unique perspectives on this colorful part of our popular culture, Jason has consulted with New York’s Museum of Food and Drink and has also been a featured guest on Food Network’s Heavyweights, France’s M6 Capital, and New York’s TheActionRoom.com. My Google Profile+
View all posts by Jason Liebig →
This entry was posted in 1970's, Bubble Gum, Gum, Topps and tagged 1970's, 70's, Bazooka, candy collecting, candy collection, candy collector, candy wrapper collection, candy wrapper collector, cinnamon, collectible, collecting candy, confectionery, confections, Hot Week, packaging, sweets, Topps, vintage candy wrapper, wrapper. Bookmark the permalink.