Yesterday, Google announced that the next version of their Android mobile operating system will be named KitKat!   With previous versions of their OS sporting nicknames like Cupcake, Jellybean and Ice Cream Sandwich, it should come as no surprise that they finally made their way over to a classic branded confection.  Even so, I see this as a brilliantly entertaining and unexpected marketing move – and one that will be quite a bit of fun to collect! 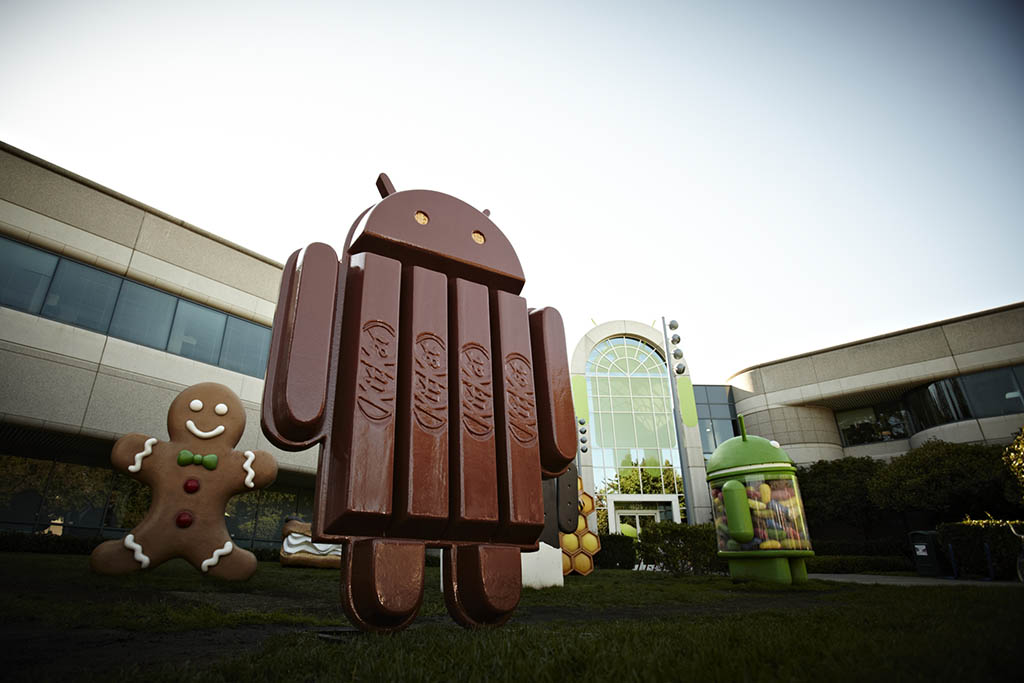 Android Kit Kat statue at Google – flanked by mascots for former iterations of the Android OS.

The official announcement is filled with the details of this marketing collaboration and I would point you to it to get the skinny, after you leave Collecting Candy today. 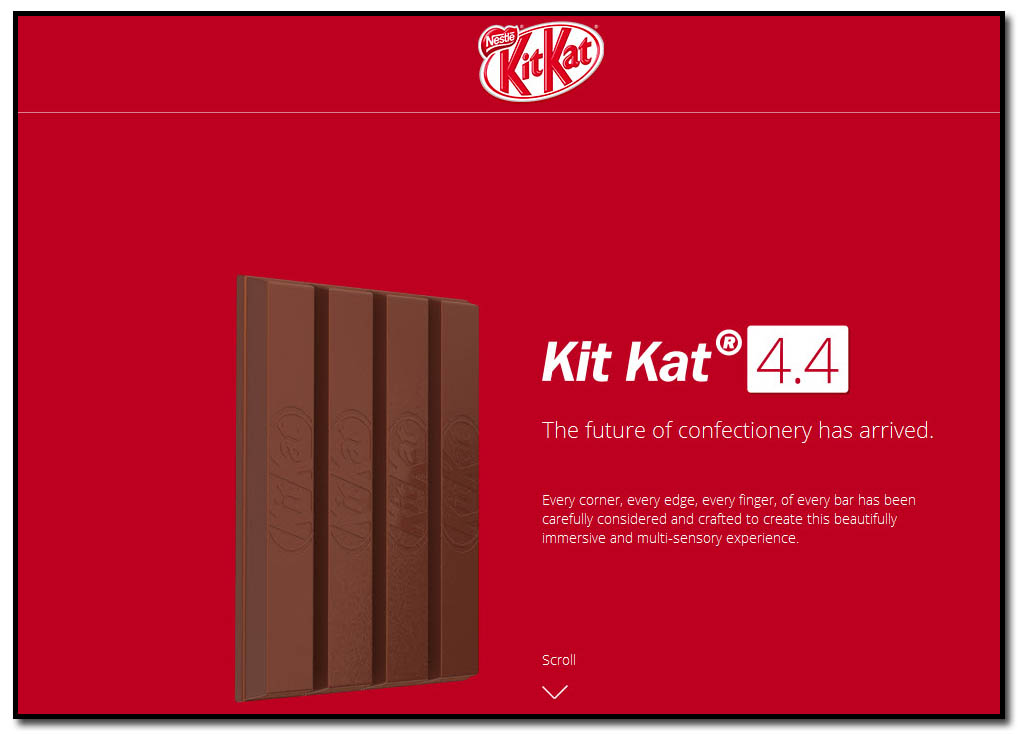 Tying into the 4.4 designation of the KitKat Android OS, Nestle has created a webpage of its own that explores the wonderful features of the Kit Kat 4.4 as if it were a modern technological gadget. 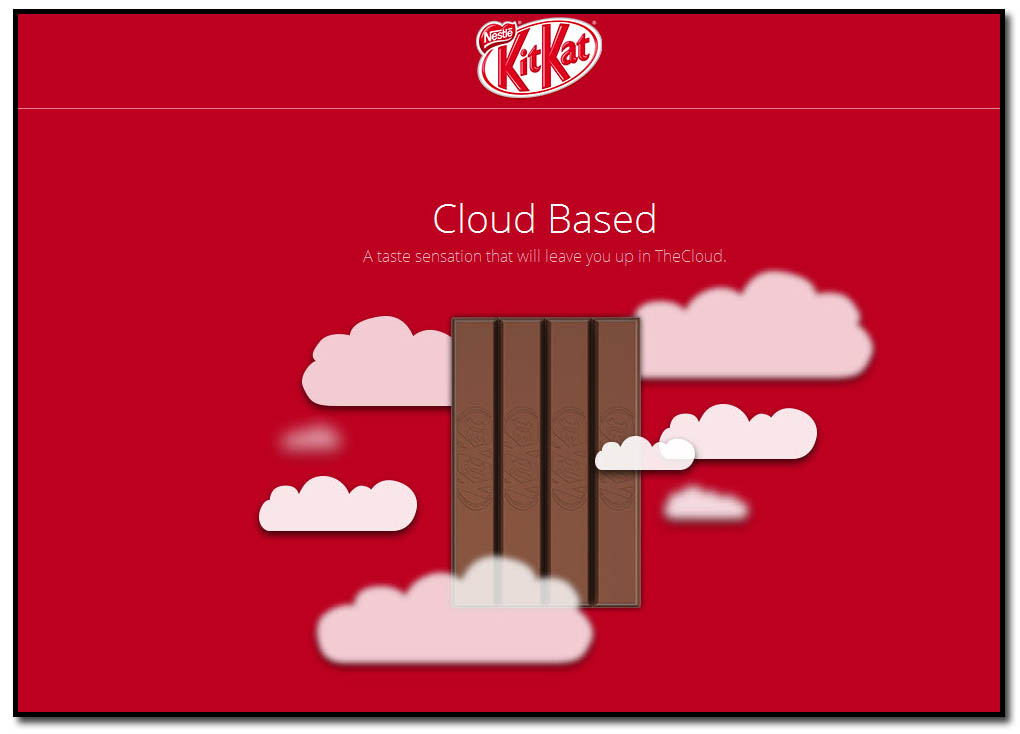 It’s presented with tongue firmly in cheek but in such a way as to not come off cheesy, at least not in my assessment.   The slick webpage is well-designed and the whole thing really does come off far more like an ad for the latest smartphone than it does for a bit of confectionery.

The website is clever and has a heck of a great closer, with a Jony Ive-style spokesman describing the design features of the Kit Kat, “The Future of Confectionery” – it’s a must-see:

Beyond the tie-in to the Android OS, Nestle (and Hershey here in the USA) will be producing special packaging with the Android mascot featured prominently.  My guess is that we will get different designs here in the USA than the rest of the world… so I’ll be putting my overseas contacts to work to try to track down all of the various versions released around the globe.

There are also going to be extremely limited Android-shaped Kit Kat bars to be released (possibly through some kind of contest?) – and these look great.  Would love to see these get a wider release (mostly because I want one!): 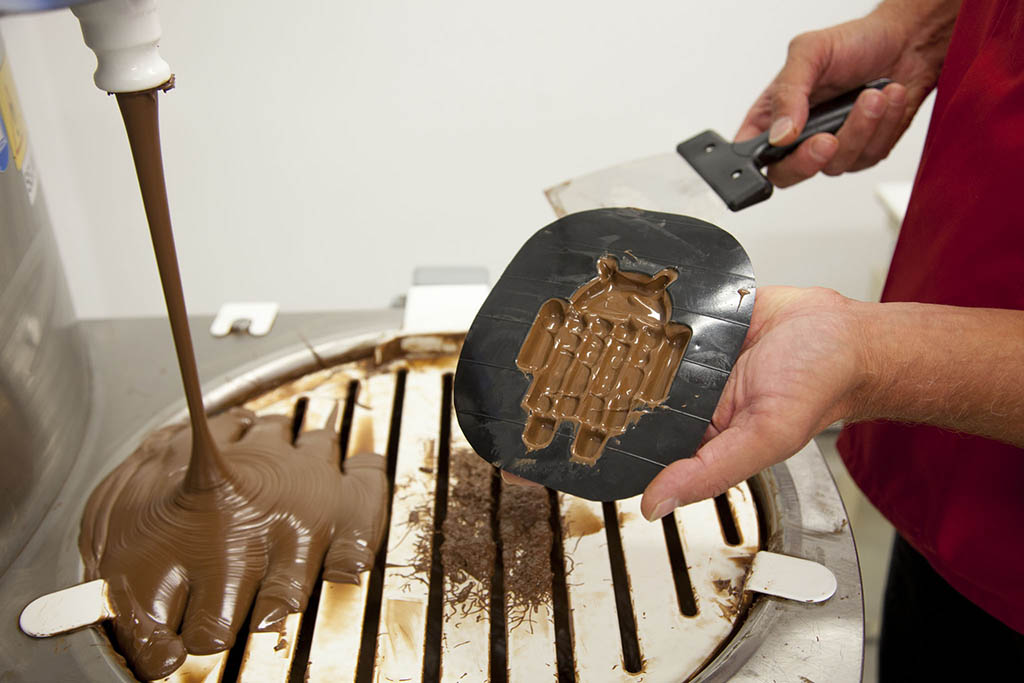 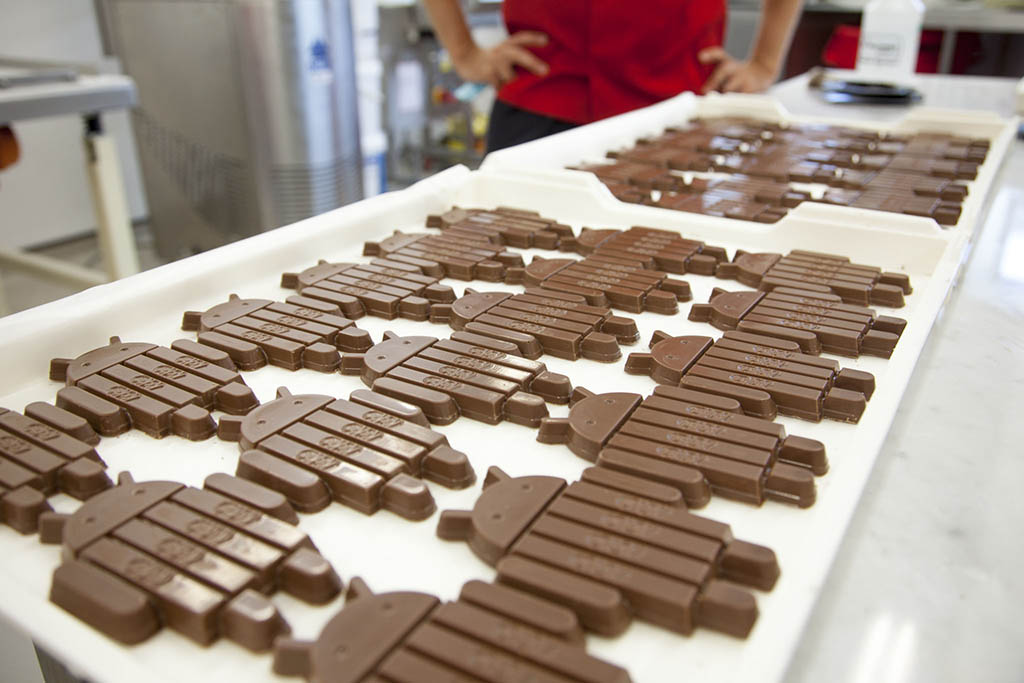 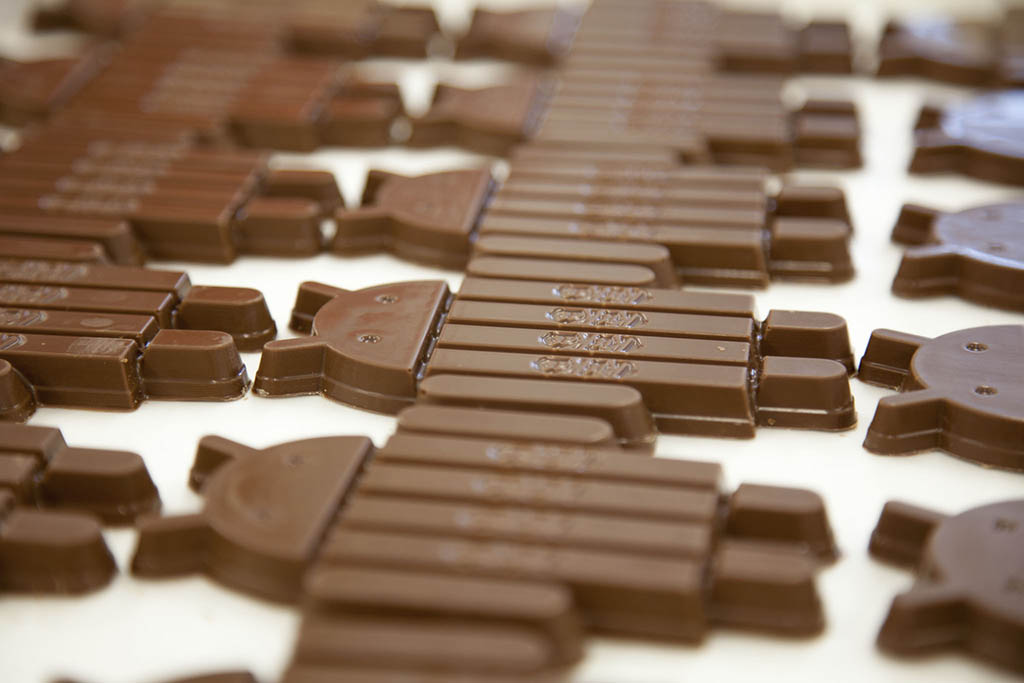 This is going to be a fun marketing promotion and one that will likely appeal to more than just candy-loving folks like myself.   I suspect that many gadget-lovers will be going out of their way to sample an Android-emblazoned Kit Kat treat – in the “4 megabite size”. 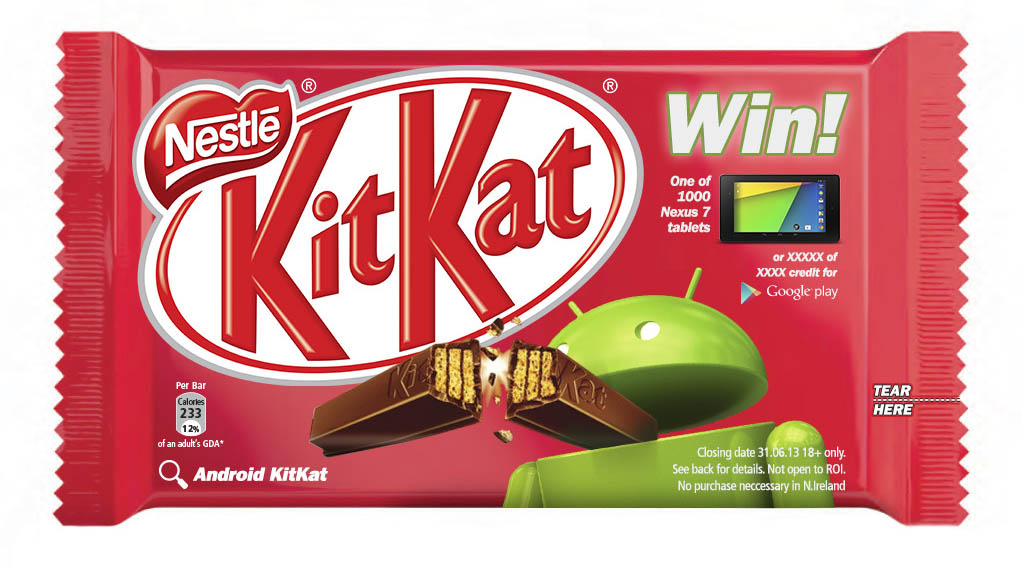 And that’s everything for my coverage on this awesome Android-KitKat marketing team-up.  See you next time!

A New York City based writer, editor and sometimes actor. After spending much of the 1990′s in the comic book business helping tell the stories of Marvel Comics’ X-Men as series editor, he has since split his time between developing his own entertainment properties while still consulting and working on others. Having been described as “the Indiana Jones of lost and forgotten candy”, Jason is one of the country’s premier candy collectors and historians with his discoveries appearing in countless blogs, magazines, newspaper articles, and books. Always happy to share his knowledge and unique perspectives on this colorful part of our popular culture, Jason has consulted with New York’s Museum of Food and Drink and has also been a featured guest on Food Network’s Heavyweights, France’s M6 Capital, and New York’s TheActionRoom.com. My Google Profile+
View all posts by Jason Liebig →
This entry was posted in Hershey, Nestle and tagged Android, candy collecting, candy collection, candy collector, candy wrapper collection, candy wrapper collector, collectible, collecting candy, confectionery, confections, Google, Kit Kat, KitKat, licensed, Nestle, packaging, sweets, vintage candy wrapper, wrapper. Bookmark the permalink.

1 Response to Google’s Android Teams-Up with Kit Kat for a Tasty Marketing Tie-In!