Last year I posted about a piece I was delighted to discover from 1970’s Fleer called Big Pucker.  Some months later I would find a mention of its predecessor Little Puckers in an old trade magazine.   But I didn’t know what Little Puckers looked like until recently when an intact example of them surfaced.  So today I’d like to share Fleer’s confectionery “Sour Power” duo; Little Puckers and Big Pucker!

Though my first encounter with any of the Fleer Pucker lineup was the Big Pucker, it was actually the little ones that came first.  The packaging as well as the size of the candy evoke Fleer’s Razzles from the time, but I can’t say how similar these would have been to that product.

Here’s the Little Puckers pack example which recently came to light (and which still contains the original candy): 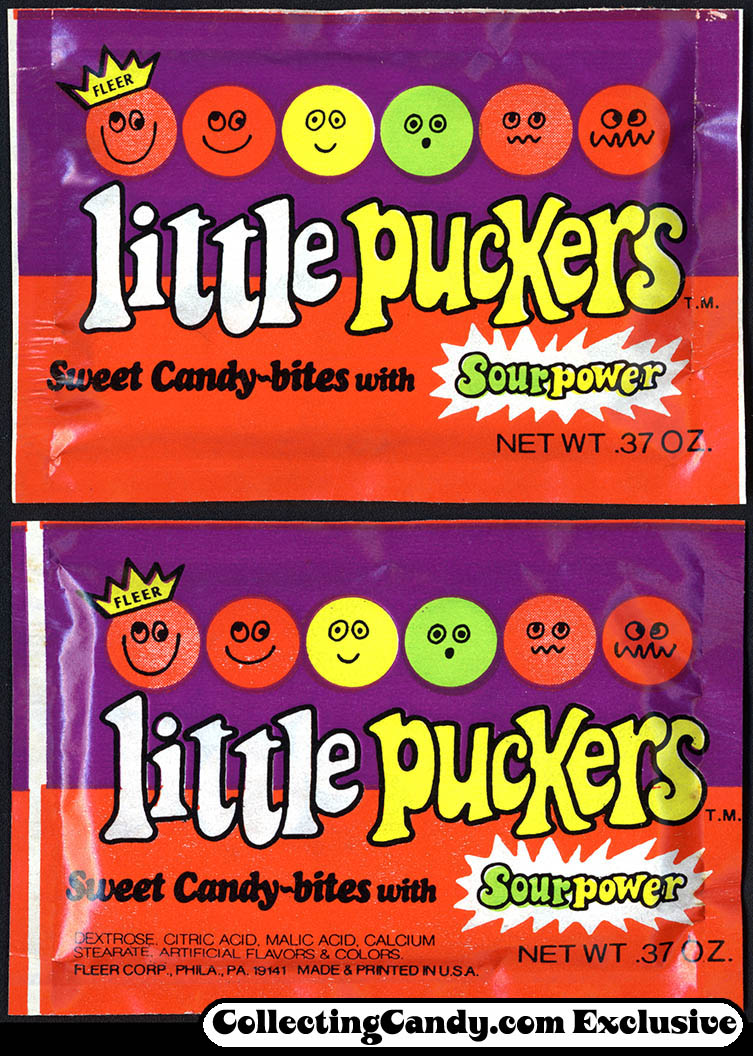 I think Little Puckers is a stellar piece of 1970’s candy packaging with the crazy-but-simply-drawn characters, the Fleer logo-as-headgear, and the “sour power” call out.  It’s a super gathering of groovy, fun elements.

Little Puckers must have been somewhat of a success for Fleer as they would eventually introduce a giant version called Big Pucker – a package containing one super-sized version of a Little Puckers candy:

Fleer’s Big Pucker reminds me a bit of their other giant-sized candy example, Ape-Sized Razzles, which were of course a supersized version of their best-selling Razzles: 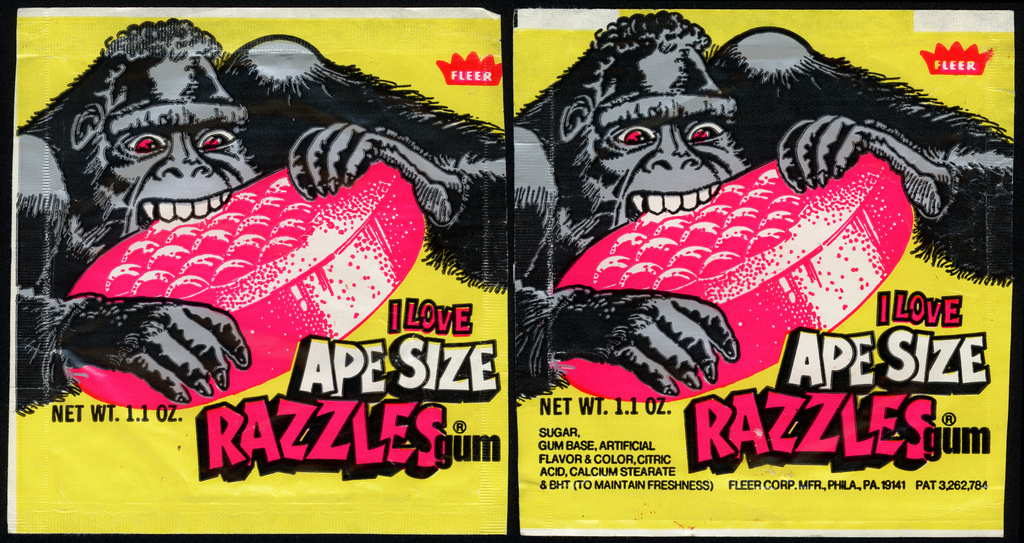 It’s great to finally uncover the original release of this sour-powered Fleer treat and I hope you enjoyed the glimpse back.

And that’s everything I’ve got to share on Fleer’s 1970’s Sour-Powered Puckers.

A New York City based writer, editor and sometimes actor. After spending much of the 1990′s in the comic book business helping tell the stories of Marvel Comics’ X-Men as series editor, he has since split his time between developing his own entertainment properties while still consulting and working on others. Having been described as “the Indiana Jones of lost and forgotten candy”, Jason is one of the country’s premier candy collectors and historians with his discoveries appearing in countless blogs, magazines, newspaper articles, and books. Always happy to share his knowledge and unique perspectives on this colorful part of our popular culture, Jason has consulted with New York’s Museum of Food and Drink and has also been a featured guest on Food Network’s Heavyweights, France’s M6 Capital, and New York’s TheActionRoom.com. My Google Profile+
View all posts by Jason Liebig →
This entry was posted in 1970's, Fleer, Sour Candy and tagged 1970's candy, 1970's Fleer, 70's candy, candy collecting, candy collection, candy collector, candy wrapper collection, candy wrapper collector, collectible, collecting candy, confectionery, confections, Fleer, Fleer candy, packaging, sweets, vintage candy wrapper, wrapper. Bookmark the permalink.