Looking for something fun and unusual to post over the weekend, I happened upon my assortment of Cinnabon wrappers and decided they’d be the perfect subject for today’s entry.

It wasn’t long ago that the Cinnabon chain briefly entered the world of candy wrapper confectionery. Partnering up with the Standard Candy Company, folks best known for their Goo Goo Clusters, Cinnabon released a series of bars back in 2007-2008.

As one might expect, the Cinnabon offerings came out a bit like a deluxe range of Cinnabon-inspired Goo Goo Clusters, and that’s pretty tasty-sounding to me.  Here are the wrappers in my collection: 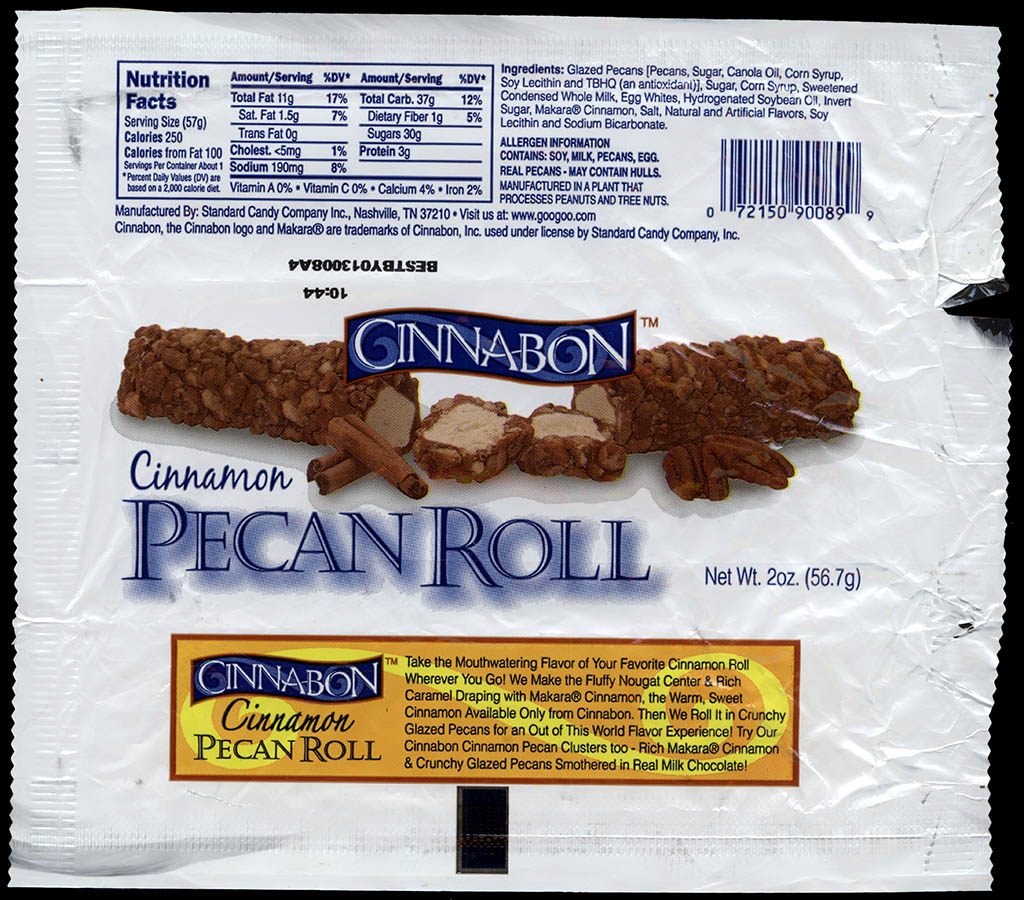 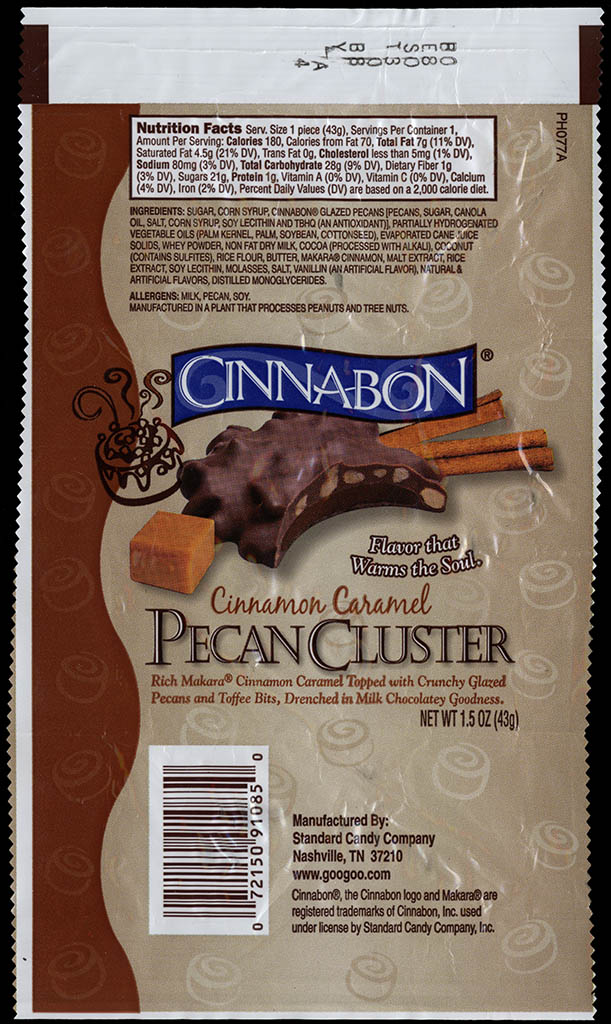 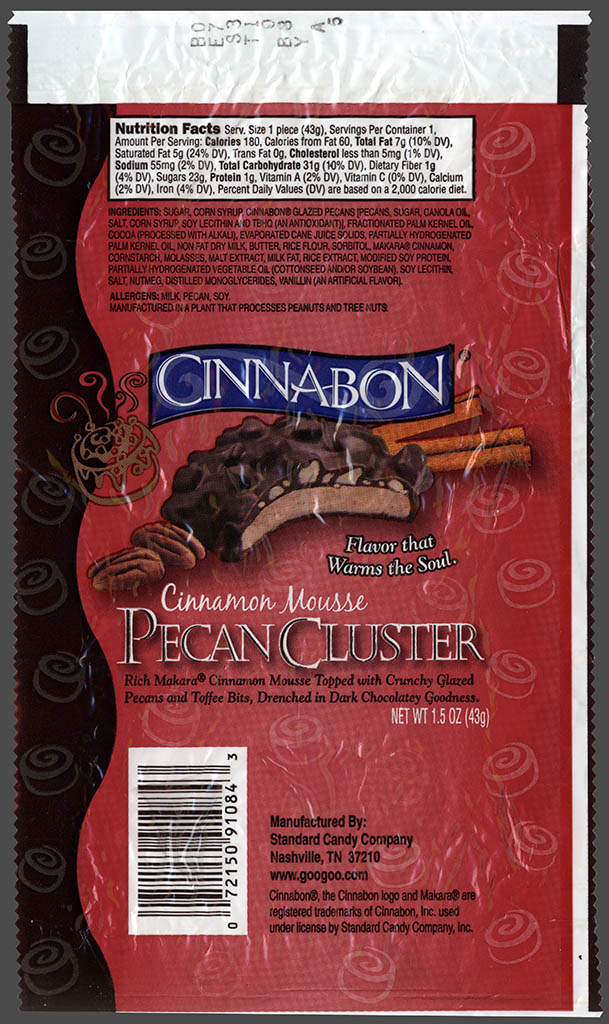 Though I only had that trio of wrappers in my own collection, I found a fourth on my pal Brad Kent’s wrapper archive:

And that’s everything that came out of Cinnabon’s brief entry into the candy wrapped world.

Before I close out today, I just wanted to apologize for my lack of consistent content the last few weeks.  I’ve been stretched a wee bit thin on my non-candy work this past month, but I hope to get on top of that soon and be back to posting here on a semi-daily schedule.  I’ve got so many great things to share – and I’m dying to bring it all together here.

A New York City based writer, editor and sometimes actor. After spending much of the 1990′s in the comic book business helping tell the stories of Marvel Comics’ X-Men as series editor, he has since split his time between developing his own entertainment properties while still consulting and working on others. Having been described as “the Indiana Jones of lost and forgotten candy”, Jason is one of the country’s premier candy collectors and historians with his discoveries appearing in countless blogs, magazines, newspaper articles, and books. Always happy to share his knowledge and unique perspectives on this colorful part of our popular culture, Jason has consulted with New York’s Museum of Food and Drink and has also been a featured guest on Food Network’s Heavyweights, France’s M6 Capital, and New York’s TheActionRoom.com. My Google Profile+
View all posts by Jason Liebig →
This entry was posted in Chocolate and tagged candy collecting, candy collection, candy collector, candy wrapper collection, candy wrapper collector, chain restaraunt, Cinnabon, collectible, collecting candy, confectionery, confections, Goo Goo Cluster, GooGoo Cluster, packaging, sweets, vintage candy wrapper, wrapper. Bookmark the permalink.