The Exotic Creature that is M&M’s White Chocolate!

Hi, everybody!  I’d like to apologize for being absent this past week.  I’ve been very busy with non-candy-related work, all the while battling allergies that turned into a hard-to-shake cold.  So my normal candy time was spent sleeping.

I’m finally feeling better and I have a fun little post for today dedicated to that exotic creature that is M&M’s White Chocolate!

To the best of my knowledge, back in the early 2000’s when white chocolate was making its way into limited editions of brands like Twix, KitKat, Reese’s, and Take-5 – it never arrived to M&M’s.

I believe the first example of a white chocolate M&M came in the summer of 2006 when M&M’s celebrated the release of the film Pirates of the Caribbean – Dead Man’s Chest:

M&M’s White Chocolate would finally return a number of years later, for the Easter 2012 season.  This time the M&M’s were larger, more similar to an M&M’s Peanut Butter than the previously-released Pirate Pearls.   I believe these new versions were sold as a Target-Exclusive item.

While I don’t have an example of the Easter 2012 variety in my own collection, my candy-colleague Cybele has a lovely shot of a package on CandyBlog.net – she also reviews the candy there: 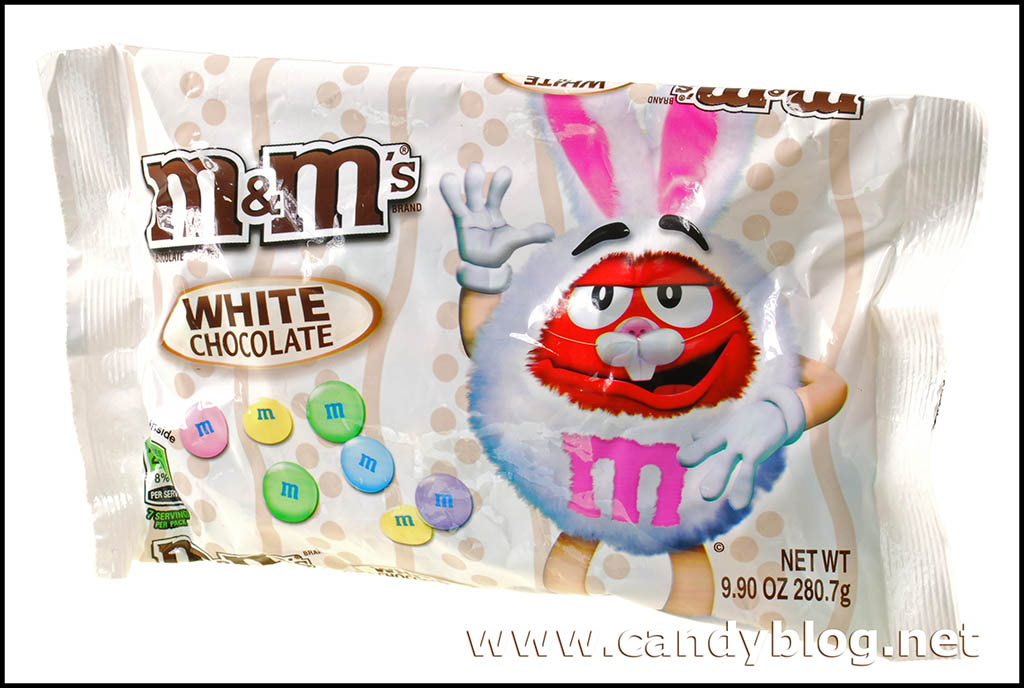 Though I missed the 2012 Easter release of M&M’s White Chocolate, I was more fortunate this year when I found the 2013 version at Target.  These were still released during the Easter candy season though the packaging design does not include any Easter imagery, perhaps to avoid being clearanced out the day after the holiday: 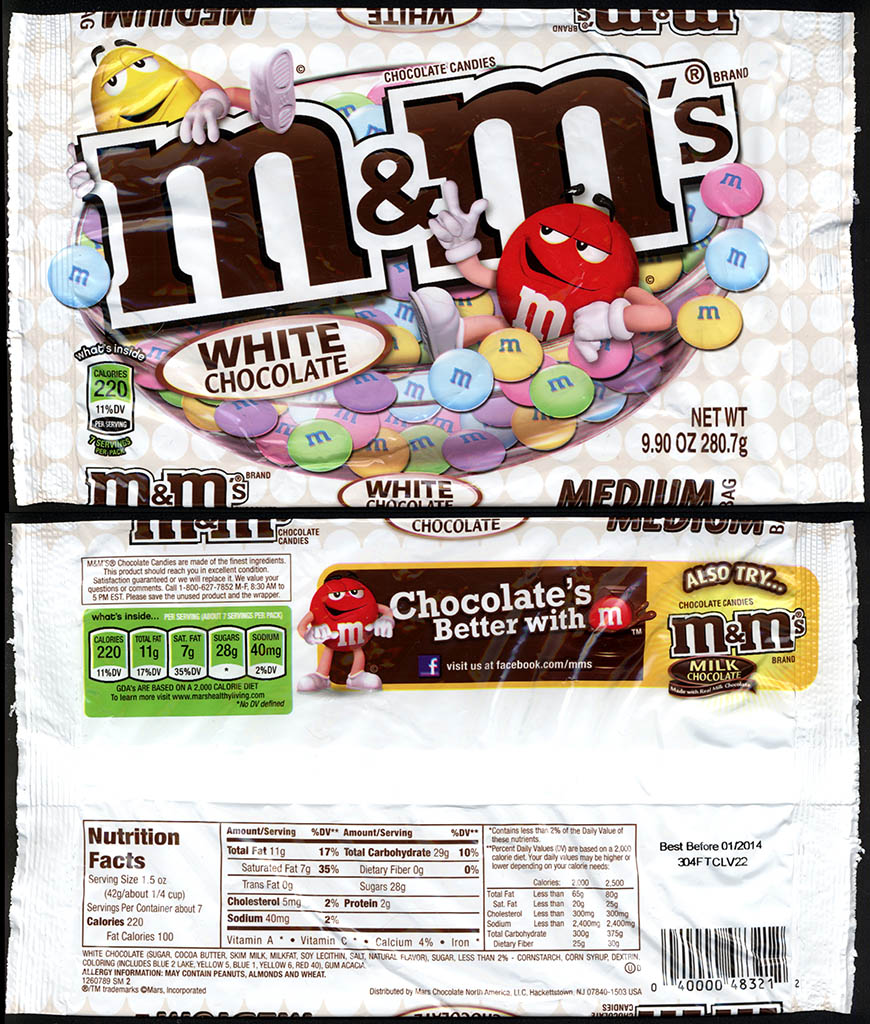 M&M’s White Chocolate have thus far been a one-shot release in support of a major film, and may now be an annual Easter Holiday tradition.

I am left to ponder if M&M’s White Chocolate might ever become a year-round item like KitKat White and the other similar white chocolate offshoots of standard brands?  It’s certainly possible, as is evidenced by the fact that white chocolate has already joined the standard flavor assortment for M&M’s in Brazil.

Here’s a look at a current Brazilian white chocolate M&M’s package I recently picked up: 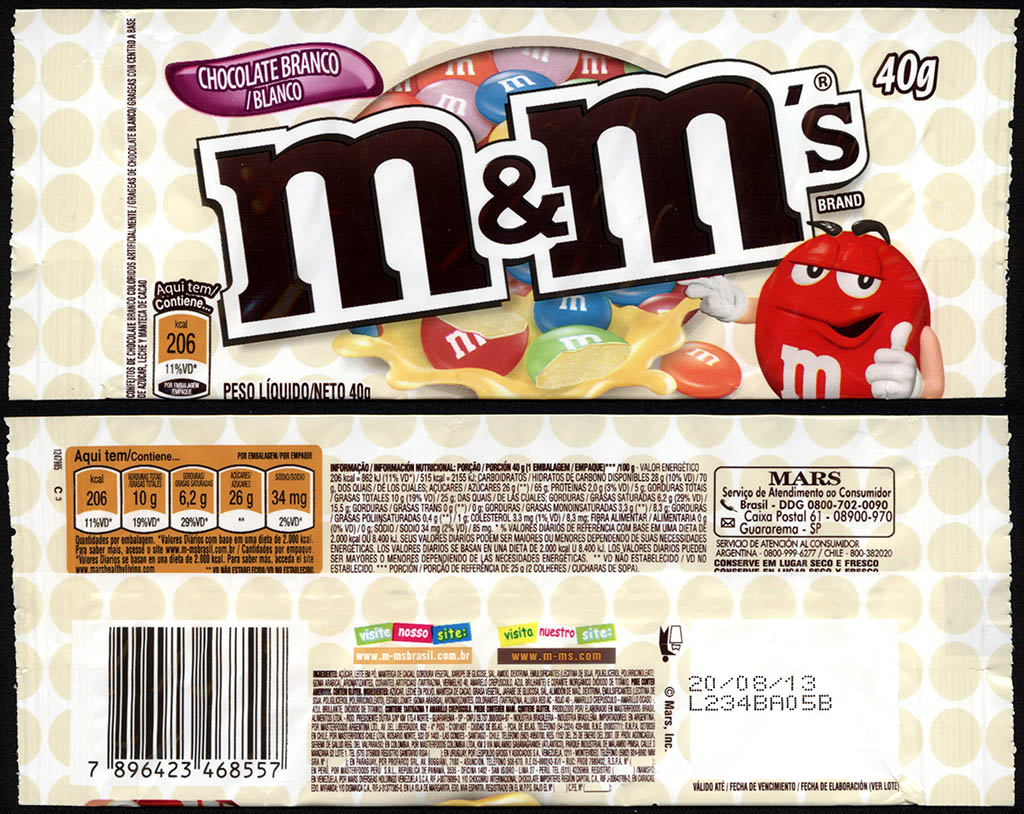 A New York City based writer, editor and sometimes actor. After spending much of the 1990′s in the comic book business helping tell the stories of Marvel Comics’ X-Men as series editor, he has since split his time between developing his own entertainment properties while still consulting and working on others. Having been described as “the Indiana Jones of lost and forgotten candy”, Jason is one of the country’s premier candy collectors and historians with his discoveries appearing in countless blogs, magazines, newspaper articles, and books. Always happy to share his knowledge and unique perspectives on this colorful part of our popular culture, Jason has consulted with New York’s Museum of Food and Drink and has also been a featured guest on Food Network’s Heavyweights, France’s M6 Capital, and New York’s TheActionRoom.com. My Google Profile+
View all posts by Jason Liebig →
This entry was posted in Chocolate, Holiday, M&M's, Mars and tagged Brazil, Brazilian, candy collecting, candy collection, candy collector, candy wrapper collection, candy wrapper collector, collectible, collecting candy, confectionery, confections, Easter, M&M's, mascot, packaging, sweets, vintage candy wrapper, white chocolate, wrapper. Bookmark the permalink.

6 Responses to The Exotic Creature that is M&M’s White Chocolate!