Concorde’s Cabaret – The Spiritual Sister to the Cristy Bar!

It was only a few weeks ago that I wrote about the story of Concorde Confections first candy bar, the Cristy bar.  So it is with some excitement that I get to follow-up that coverage today with what was Concorde’s second offering to the marketplace, and the spiritual sister to the Cristy – the Cabaret bar!

Introduced to the candy trade in 1969, the Cabaret bar came hot on the heels of the breakout release of Concorde’s Cristy bar.  Here’s the first trade ad for Cabaret, published in the fall of 1969:

Unlike the Cristy bar, which featured “French nougat” and an appearance which made it a bit of an exotic offering, the Cabaret bar was a more traditional fare.  While the bar was very different, the wrapper design for Cabaret closely matched that of the Cristy.  [As with the Cristy bar, this Cabaret wrapper image is a CollectingCandy.com exclusive – you won’t find images of it anywhere else online]: 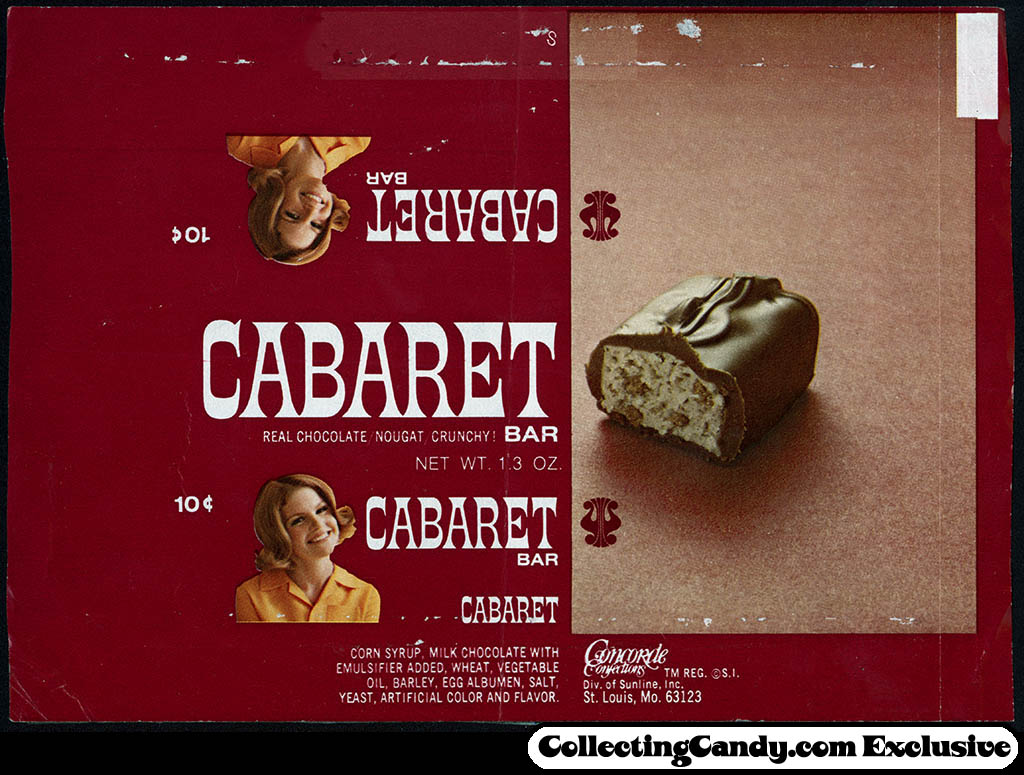 Though this wrapper didn’t feature a girl’s name, it still included an inset photo of an actual model.  Here’s a comparison shot of the Cabaret and the Cristy bar wrappers, showing just how similarly they were designed: 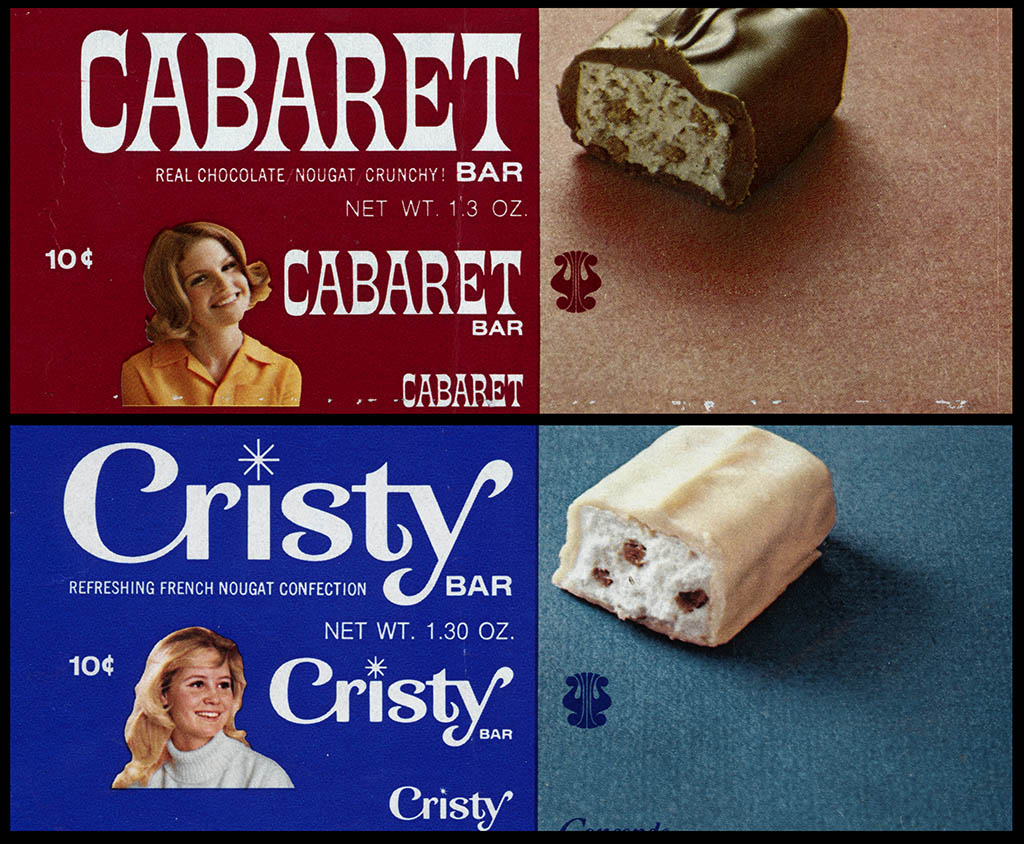 Based on what I’ve been able to determine, it would seem that the Cristy bar outlasted the Cabaret.  Outside of this wrapper and the early trade ad, I’ve found no other evidence of the Cabaret bar lasting past its introductory phase.  But you never know and there could be a later version wrapper out there.  I’ll keep my eyes peeled.

For now that’s everything I’ve got to share on Concorde’s Cabaret bar.

A New York City based writer, editor and sometimes actor. After spending much of the 1990′s in the comic book business helping tell the stories of Marvel Comics’ X-Men as series editor, he has since split his time between developing his own entertainment properties while still consulting and working on others. Having been described as “the Indiana Jones of lost and forgotten candy”, Jason is one of the country’s premier candy collectors and historians with his discoveries appearing in countless blogs, magazines, newspaper articles, and books. Always happy to share his knowledge and unique perspectives on this colorful part of our popular culture, Jason has consulted with New York’s Museum of Food and Drink and has also been a featured guest on Food Network’s Heavyweights, France’s M6 Capital, and New York’s TheActionRoom.com. My Google Profile+
View all posts by Jason Liebig →
This entry was posted in 1970's, Chocolate, Wonka and tagged 1970's candy bar, 1970's wrapper, candy collecting, candy collection, candy collector, candy wrapper collection, candy wrapper collector, collectible, collecting candy, confectionery, confections, packaging, sweets, vintage candy wrapper, wrapper. Bookmark the permalink.