Checking my files and my memories of various candy promotions, I can’t recall any instance of a major candy company letting consumers vie for a chance to name a bar.  But sometime around the year 2000, that’s just what Hershey of Canada did with an unnamed bar that was at least temporarily called Top Secret.

I have both the “Top Secret” wrapper in my collection as well as one that came out after the contest winner was chosen and the bar was officially named.   Typically, when there’s any kind of contest or sweepstakes having to do with a candy or chocolate bar, there are expiration dates included on the wrapper.  It’s great information to be able to have, as so many vintage wrappers didn’t typically have “Best By” dates on them.   But in the case of Hershey’s Top Secret promotion, there was no expiration date, merely directions on where to find contest information.  It would seem even the contest details were top secret.

So I can’t tell you too much about the promotion other than that it did occur, because I have the wrappers to prove it.  So here they are. 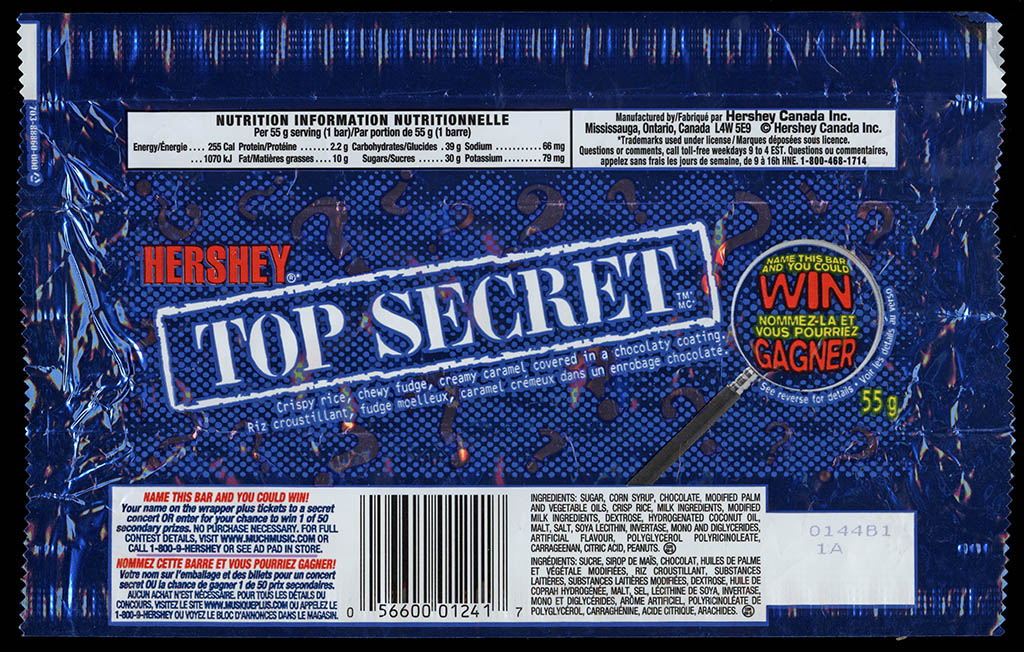 The winning name would be chosen by Kyle Cyr of Hull, Quebec and his name (and hometown) would be printed on the wrapper that featured the bar name he chose; Hershey Avalanche: 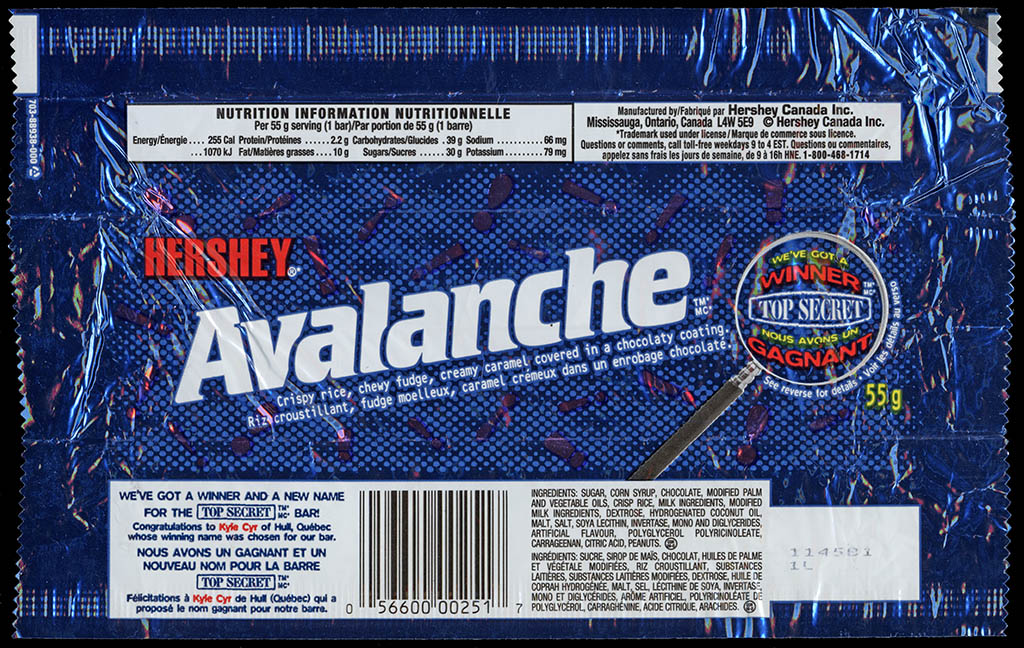 [Edit:  After posting today’s article, eagle eyed CollectingCandy.com reader Frank Forrester searched the Internet Wayback Machine and discovered the original promotion page for Hershey’s Top Secret from the MuchMusic site.  Special thanks go out to Frank, and because of his research, I can now include this screenshot of that page in today’s post.] 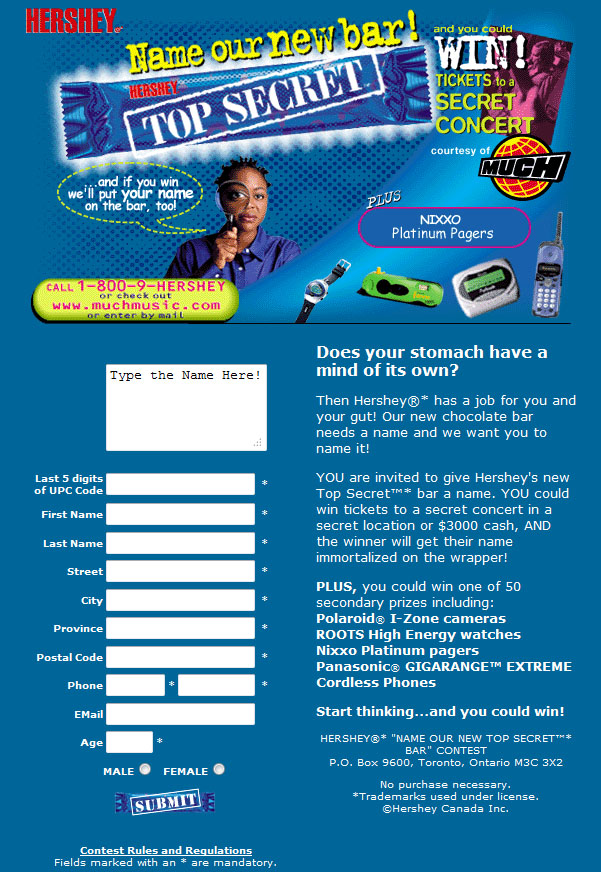 The original page featured an animated GIF, and fortunately I was able to capture that as well… so here is the original animation.

So that’s what I know about Hershey’s Top Secret promotion and the Avalanche bar it named.  As I said, it’s the only instance I know of a major candy manufacturer asking consumers to name a bar for them, which makes it a pretty significant piece of confectionery history in my book.  And that’s everything for today.

A New York City based writer, editor and sometimes actor. After spending much of the 1990′s in the comic book business helping tell the stories of Marvel Comics’ X-Men as series editor, he has since split his time between developing his own entertainment properties while still consulting and working on others. Having been described as “the Indiana Jones of lost and forgotten candy”, Jason is one of the country’s premier candy collectors and historians with his discoveries appearing in countless blogs, magazines, newspaper articles, and books. Always happy to share his knowledge and unique perspectives on this colorful part of our popular culture, Jason has consulted with New York’s Museum of Food and Drink and has also been a featured guest on Food Network’s Heavyweights, France’s M6 Capital, and New York’s TheActionRoom.com. My Google Profile+
View all posts by Jason Liebig →
This entry was posted in 1990's, Canadian, Chocolate, Hershey and tagged Canada, Canadian, candy collecting, candy collection, candy collector, candy wrapper collection, candy wrapper collector, collectible, collecting candy, confectionery, confections, contest, Hershey, packaging, promotion, sweepstakes, sweets, vintage candy wrapper, wrapper. Bookmark the permalink.

3 Responses to Top Secret! When Hershey of Canada let Consumers Name a Bar!