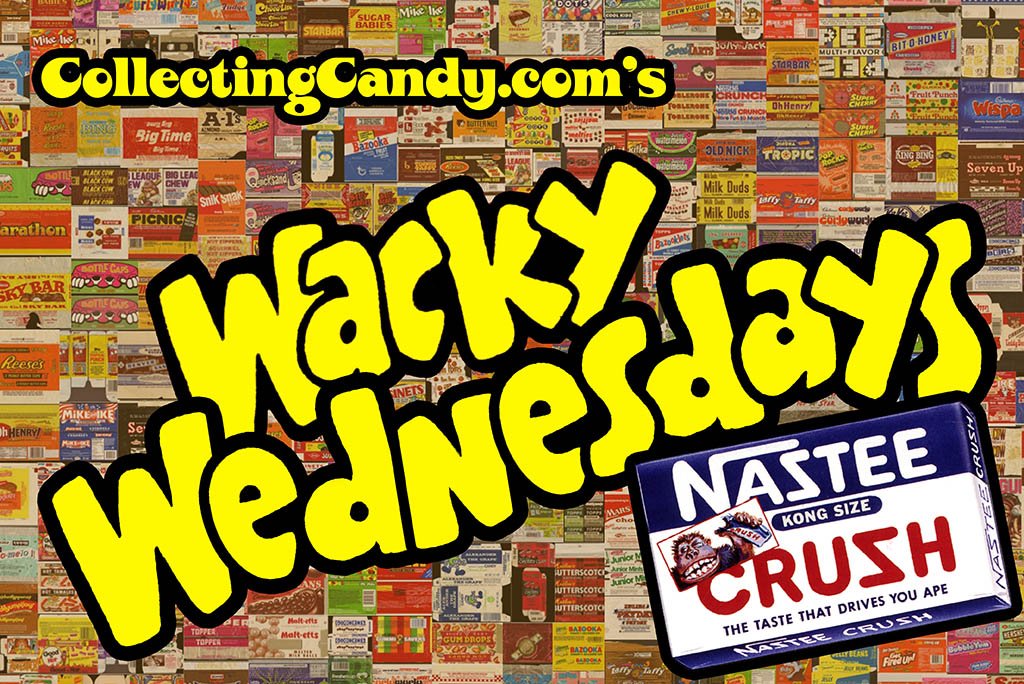 Welcome back to another edition of CollectingCandy.com’s Wacky Wednesdays!  For this week’s post, I’ll be looking at a “lost Wacky” that was originally intended for release in 1973’s Wacky Packages series 5 but was pulled before the series was released.  Thirty-five years later, Nastee Crush would finally see the light of day in 2008’s Wacky Packages Flashback series 1, as part of its Lost Wackys subset. 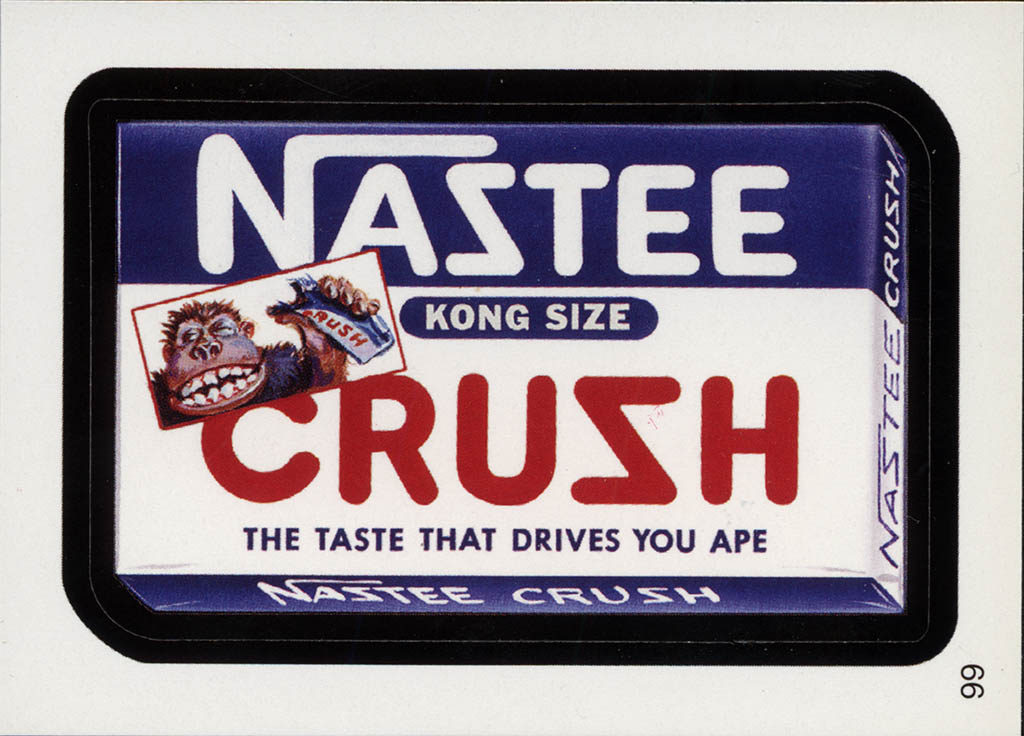 It’s a fun parody with a great gorilla illustration.

I’d love to see a candy bar manufacturer just go with calling an extra-large bar a “Kong Size” instead of “King Size”, complete with an illustration of a gorilla on the wrappers — kids would love it!  Come to think of it, Fleer christened their 1981 giant Razzles as “Ape-Sized” so I guess it’s kind of already been done.

The back of the Nastee Crush sticker peel-away indicates the Lost Wacky subset that this one came from: 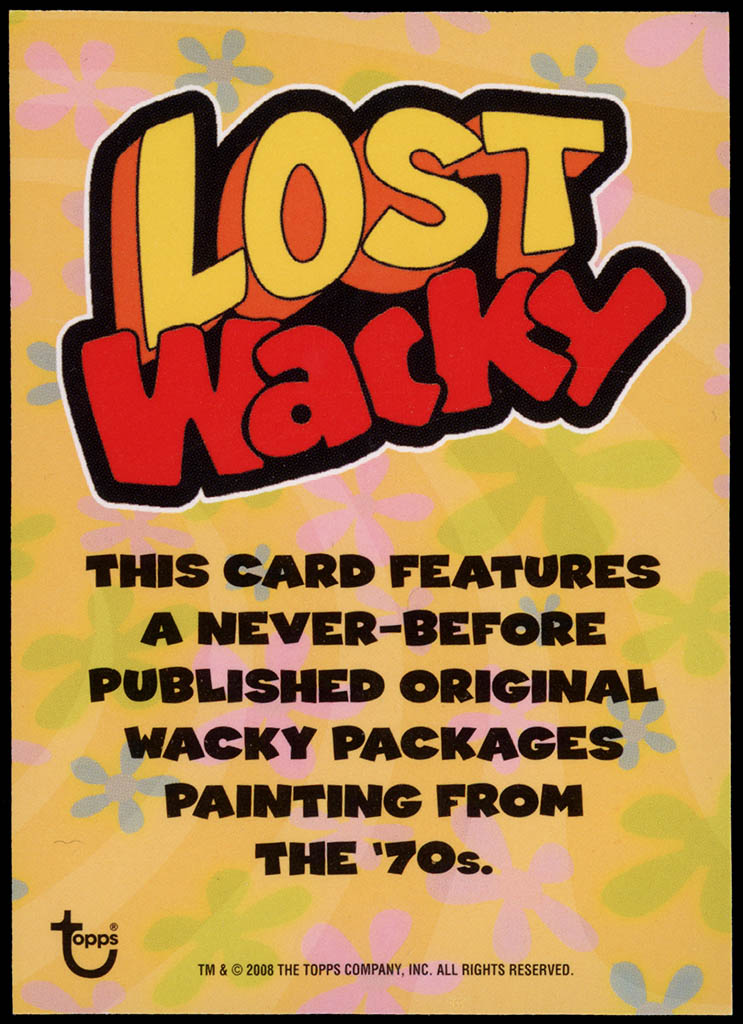 I’d been wanting to find the wrapper that the Nastee Crush Wacky was based on for some time, and it wasn’t easy.  I’d come across quite a few Nestle Crunch wrappers but none of them ever matched-up — none of them were the “King Size” version I sought.  Finally, a few weeks ago I found the matching wrapper and was able to add it to my collection.  Here it is:

As you can see, all of the design and typographical elements from the Nastee Crush parody are present in the original Nestle Crunch wrapper shown.

It’s great to finally track down this original, after years of searching.

A New York City based writer, editor and sometimes actor. After spending much of the 1990′s in the comic book business helping tell the stories of Marvel Comics’ X-Men as series editor, he has since split his time between developing his own entertainment properties while still consulting and working on others. Having been described as “the Indiana Jones of lost and forgotten candy”, Jason is one of the country’s premier candy collectors and historians with his discoveries appearing in countless blogs, magazines, newspaper articles, and books. Always happy to share his knowledge and unique perspectives on this colorful part of our popular culture, Jason has consulted with New York’s Museum of Food and Drink and has also been a featured guest on Food Network’s Heavyweights, France’s M6 Capital, and New York’s TheActionRoom.com. My Google Profile+
View all posts by Jason Liebig →
This entry was posted in 1970's, Chocolate, Nestle, Topps, Wacky Packages and tagged candy collecting, candy collection, candy collector, candy wrapper collection, candy wrapper collector, collectible, collecting candy, confectionery, confections, King Kong, Nestle Crunch, packaging, product parody, sticker, sweets, Topps, vintage candy wrapper, Wacky Packages, Wacky Packages Original Product images, Wacky Packs, Wackys, wrapper. Bookmark the permalink.