Hello, everyone!  I’d intended to start my Christmas Countdown on Monday when I’d first arrived back in Nebraska for the holidays, but I didn’t.  As things go, I’ve been entirely caught up with spending time with family.  Which I think is as it should be around the holidays.

Even so, I have some time set aside today, and I plan to post daily entries from here on through Christmas.  Also, in order to fit in the most Christmas goodness that I can, I’m going to put my regular Wacky Wednesdays posts on hold until after the holidays conclude.  Let’s get to it!

Today I’m going to showcase a great piece of Christmas candy packaging from the 1950’s and from the United Kingdom.  It’s a box wrap, meaning this would have been wrapped around a box of Christmas chocolates.   This piece is remarkable in my opinion because of its wonderful design sensibility.

That’s the full wrap, and here’s an isolated close-up of the main bit of graphics: 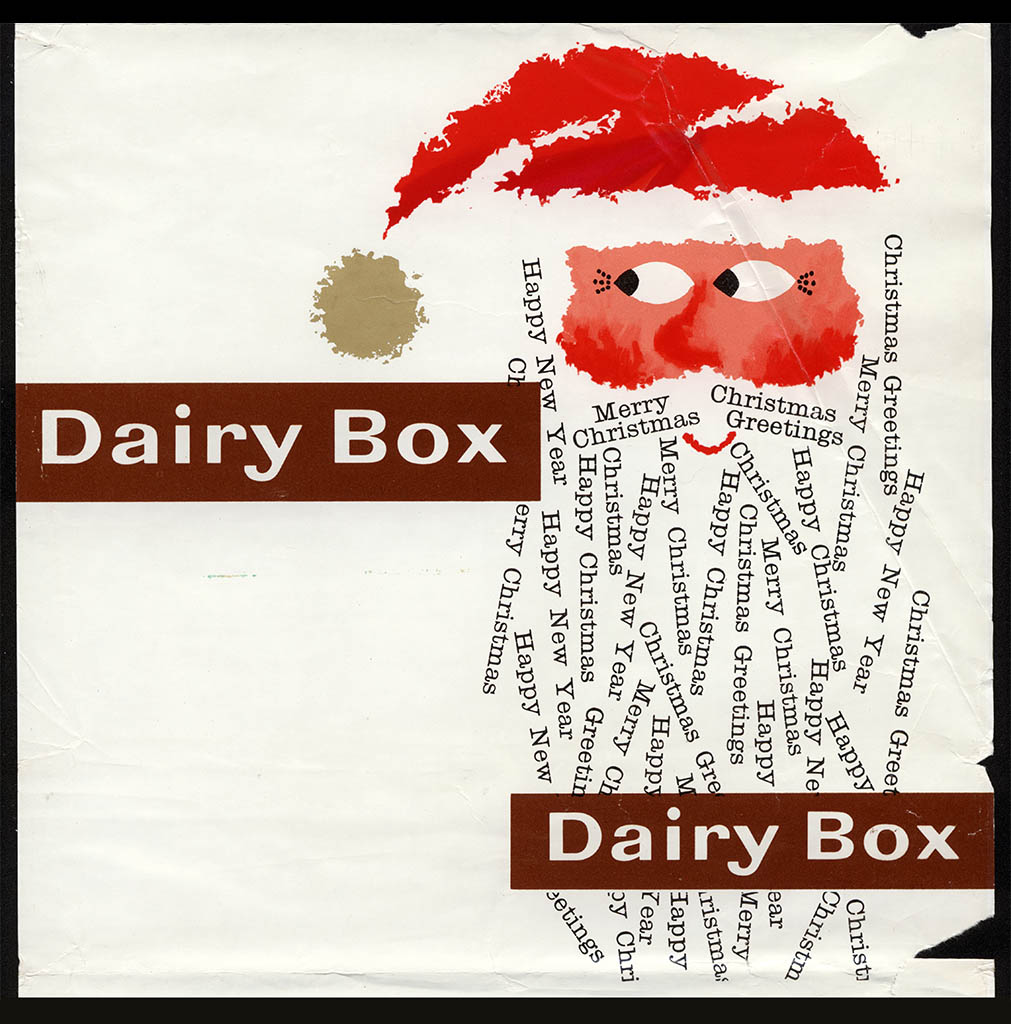 This is the kind of design you just don’t see too much on candy packaging these days, though I don’t think this kind of awesome design was ever common in candy.

This piece came to my collection through a scrapbook I found on eBay some years ago.  The scrapbook belonged to a young woman who, in the 1950’s maintained a pen pal in the United Kingdom, and one of the things they exchanged were sweets.  After she’d consume the candy, the empty wrappers were what the young woman would scrapbook with.  When I turned the page to find this box wrap inserted in the scrapbook, I was blown away. I’d never seen it before and it’s amazing to think that it made the trip to the United States over 50 years ago to eventually find its way into my collection now.

I hope this little post adds to your feelings of holiday cheer, and I hope you come back this week for more vintage and contemporary Christmas candy goodness.

Happy Holidays and I’ll See you next time!

A New York City based writer, editor and sometimes actor. After spending much of the 1990′s in the comic book business helping tell the stories of Marvel Comics’ X-Men as series editor, he has since split his time between developing his own entertainment properties while still consulting and working on others. Having been described as “the Indiana Jones of lost and forgotten candy”, Jason is one of the country’s premier candy collectors and historians with his discoveries appearing in countless blogs, magazines, newspaper articles, and books. Always happy to share his knowledge and unique perspectives on this colorful part of our popular culture, Jason has consulted with New York’s Museum of Food and Drink and has also been a featured guest on Food Network’s Heavyweights, France’s M6 Capital, and New York’s TheActionRoom.com. My Google Profile+
View all posts by Jason Liebig →
This entry was posted in 1950's, British, Christmas, Holiday and tagged 1950's, 50's, candy collecting, candy collection, candy collector, candy wrapper collection, candy wrapper collector, Christmas, collectible, collecting candy, confectionery, confections, holiday, packaging, Rowntree, Santa, Santa Claus, sweets, United Kingdom, vintage, vintage candy wrapper, wrapper. Bookmark the permalink.