I’ve said it before and I’ll say it here again — I love that M&M’s has started producing these standard-sized holiday-themed M&M’s packs in sets.  They’re perfect for collecting and give me one more thing to look forward to with each candy holiday.

These packs all feature the Mint M&M spokescandy, Green.  Let’s check them out: 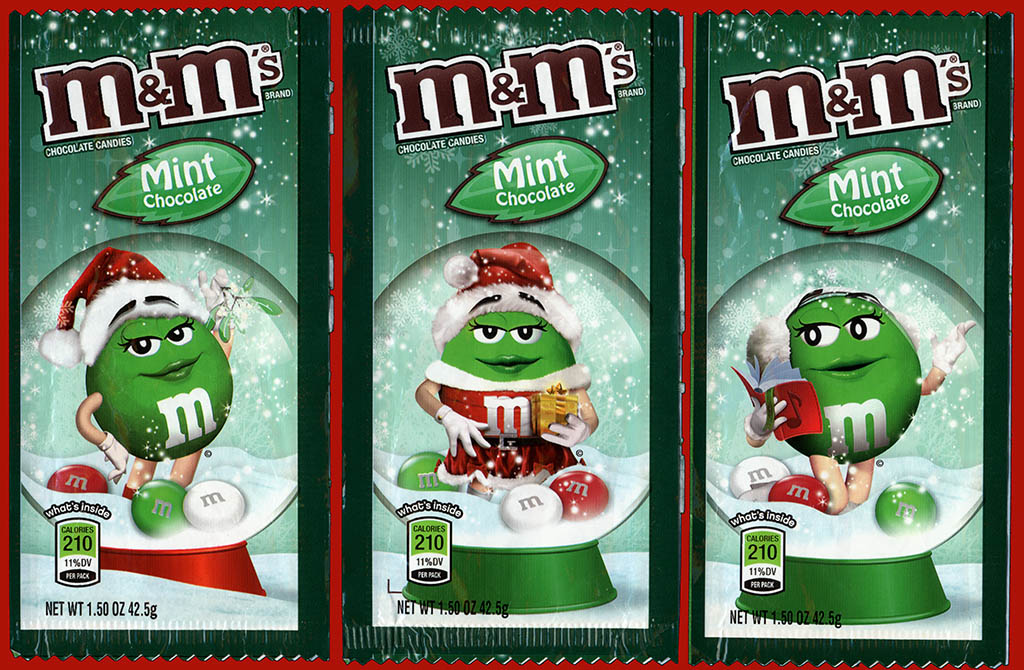 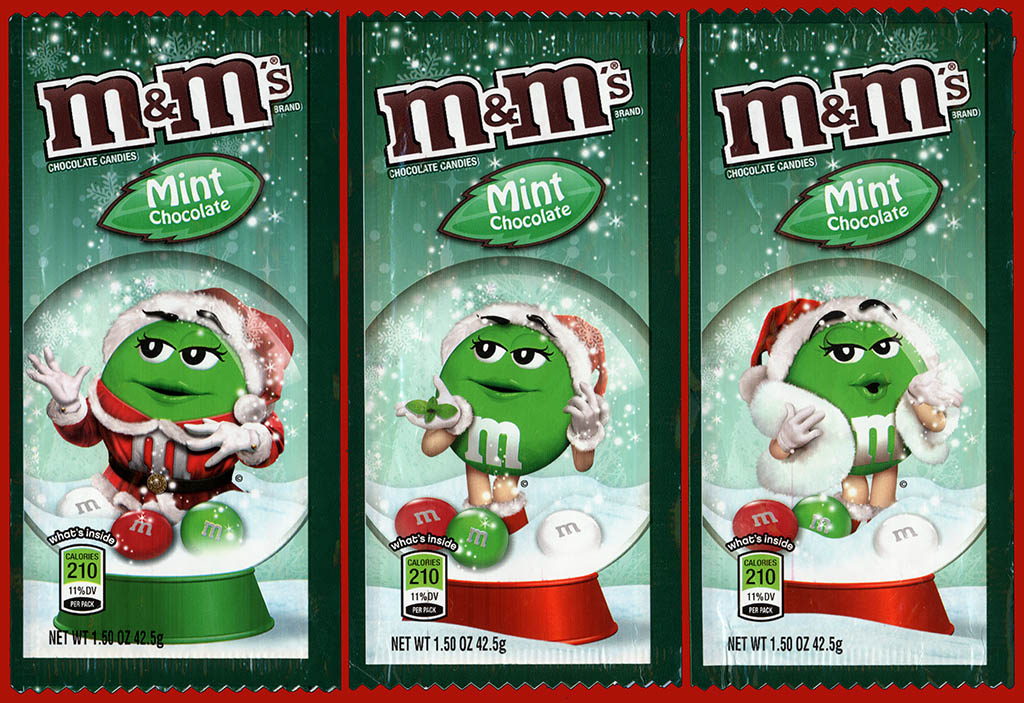 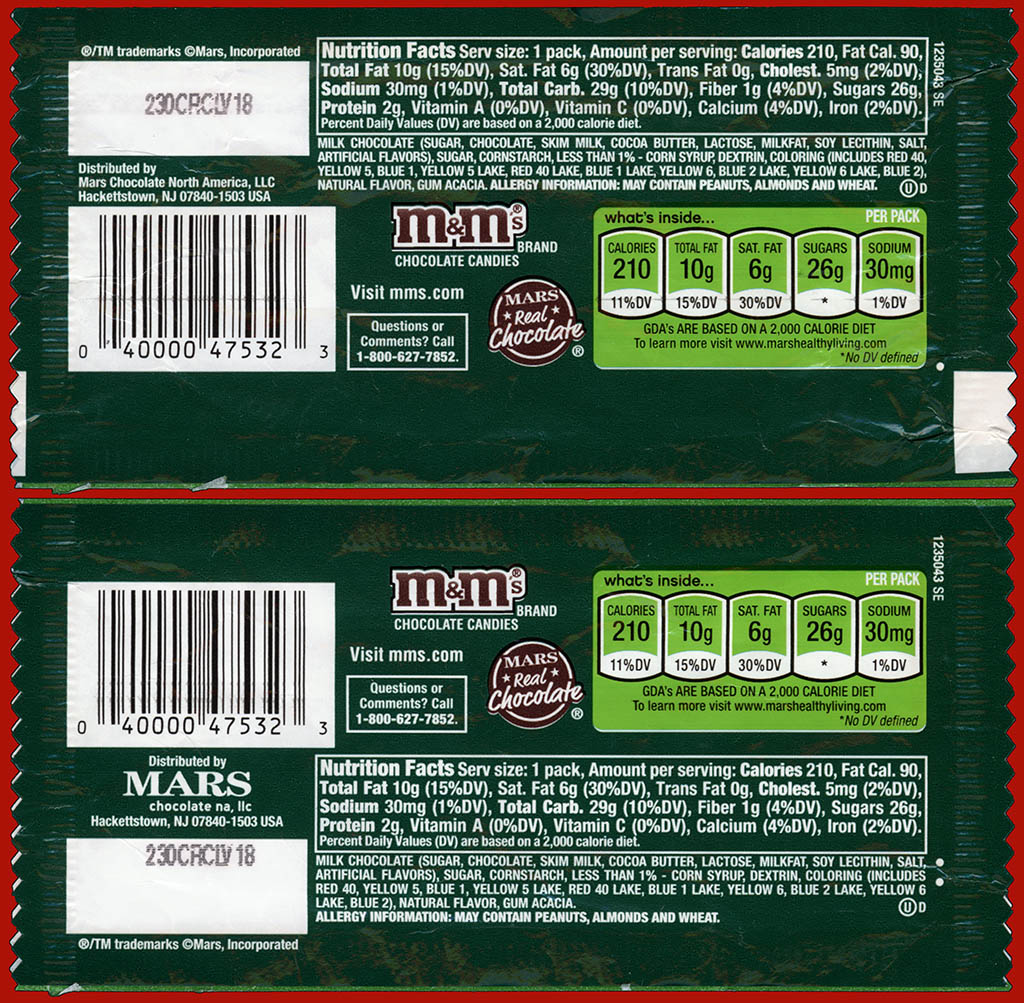 Mint chocolate M&M’s are not an entirely new thing, though this is the first time they’ve been presented in packages like these.  Mint M&M’s have traditionally been offered as a limited release available around the holidays, but I’ve found evidence that they were also test-marketed as an all-year-round product back in the 1990’s.  I’d love to find a pack wrapper for these 1990’s Mint M&M’s, but for now I’m happy to have a display box in my collection:

That display box had a date on it, though it was partially obscurred.  For some reason it looked like the year was blacked out with a marker.  From the best I could make out, the year originally read as 1992.  Here’s a close-up:

And that’s everything for today’s coverage of these neat new Mint M&M’s packages and their ancestors.

I’ll be back with another Wacky Wednesdays post tomorrow followed by a dive into a groovy vintage topic on Thursday.

A New York City based writer, editor and sometimes actor. After spending much of the 1990′s in the comic book business helping tell the stories of Marvel Comics’ X-Men as series editor, he has since split his time between developing his own entertainment properties while still consulting and working on others. Having been described as “the Indiana Jones of lost and forgotten candy”, Jason is one of the country’s premier candy collectors and historians with his discoveries appearing in countless blogs, magazines, newspaper articles, and books. Always happy to share his knowledge and unique perspectives on this colorful part of our popular culture, Jason has consulted with New York’s Museum of Food and Drink and has also been a featured guest on Food Network’s Heavyweights, France’s M6 Capital, and New York’s TheActionRoom.com. My Google Profile+
View all posts by Jason Liebig →
This entry was posted in Christmas, Holiday, M&M's, Mars and tagged candy collecting, candy collection, candy collector, candy wrapper collection, candy wrapper collector, Christmas, Christmas candy, collectible, collecting candy, confectionery, confections, holiday candy, M&M's, packaging, sweets, vintage candy wrapper, wrapper. Bookmark the permalink.