As a kid, and even as an adult, I’ve always appreciated a good fan club kit.  I fondly recall getting my Star Wars Fan Club Kit back in 1978 with all the goodies that came along with that first package.  Today I’ll be sharing the super-cool contents Cadbury’s CurlyWurly Club Kit from 1982.

Regular visitors to CollectingCandy might already know I’m a big CurlyWurly fan.  I’ve documented my passion for the brand in a pair of previous posts; here and here.  Over the next few days, I’ll be updating my CurlyWurly coverage with a number of new discoveries and additions, culminating in a new visual timeline of wrappers.  A big discovery for me was the topic of today’s post; the CurlyWurly Club Kit.

I was able to add this club kit to my collection just a few months ago, and as a big CurlyWurly fan it was exciting to see it pop up.  Before this one appeared on eBay, I wasn’t even aware of this kit or the CurlyWurly Club at all.  This one has all the appropriate fan club kit fixins, so let’s get to it.

First up is the mailer that the kit would have arrived in.  I’ve taken the liberty of obscuring the key details of the original owner’s identity:

The kit came with a nice four-page flyer that included a short comic as well as a cut-out mask. It appears that the intent was to send out follow-up newsletters every four months, but I don’t know if the club lasted past this initial offering. 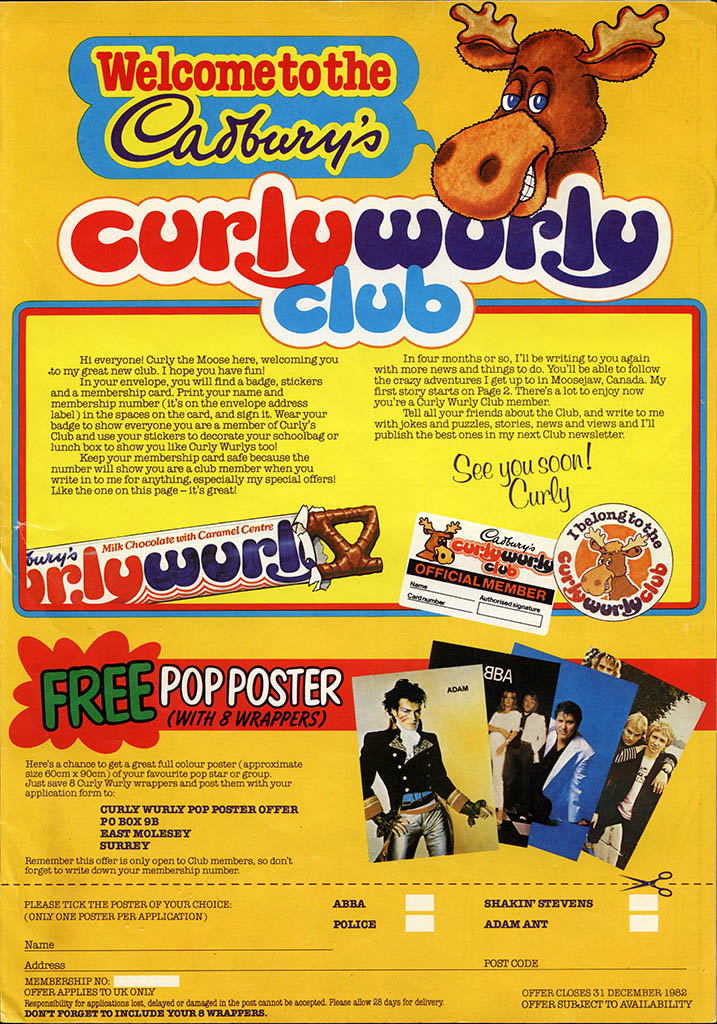 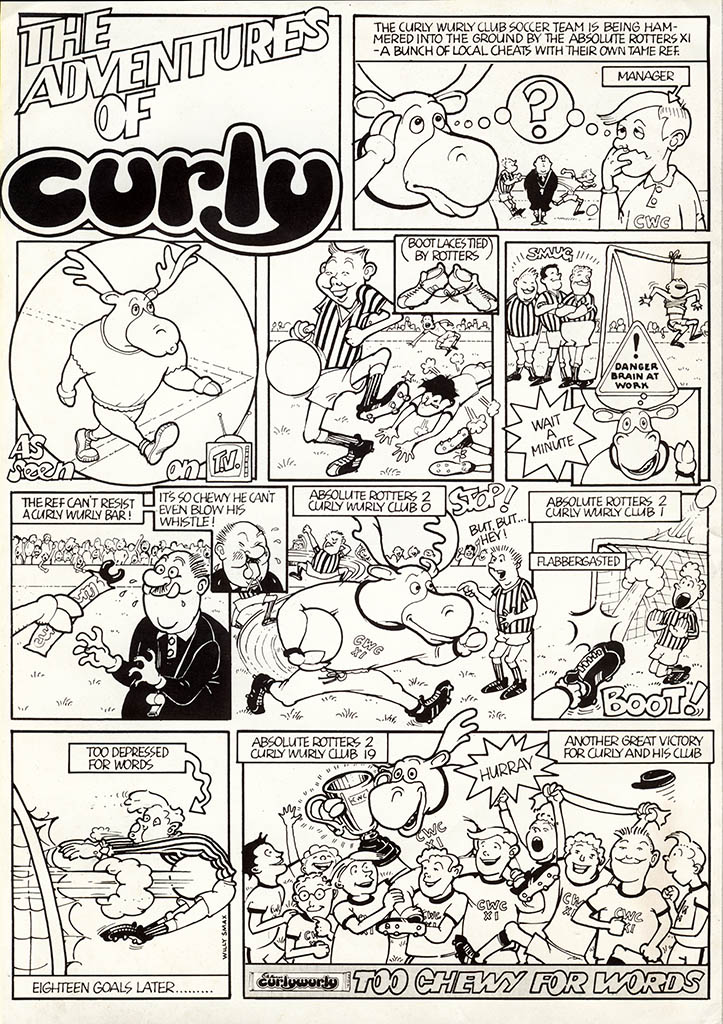 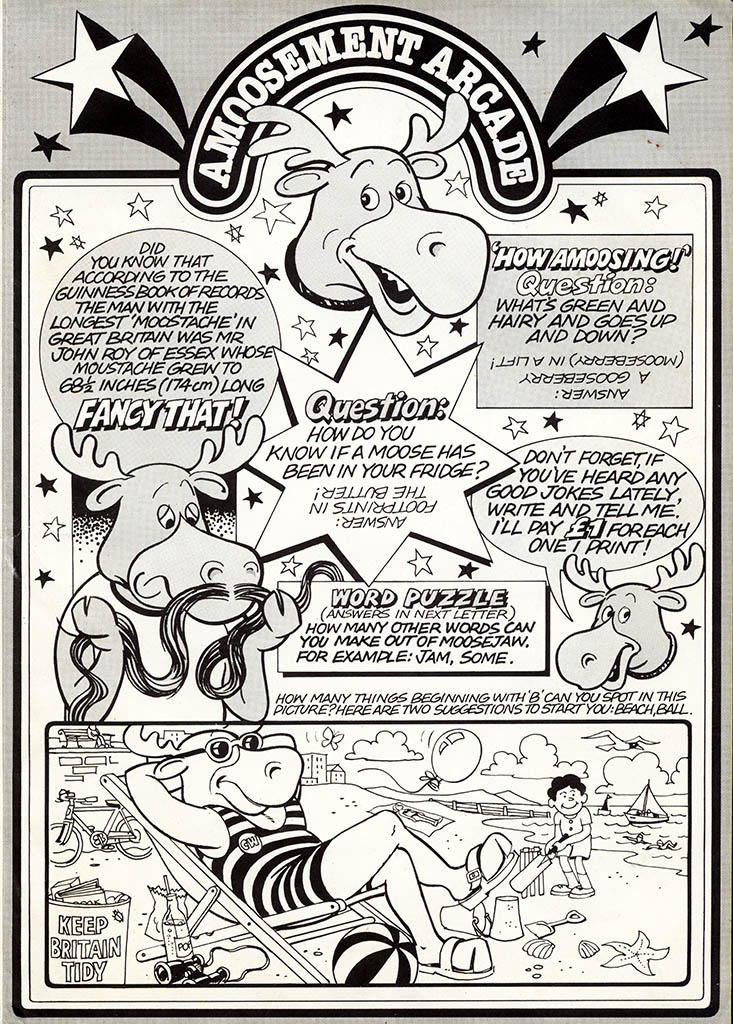 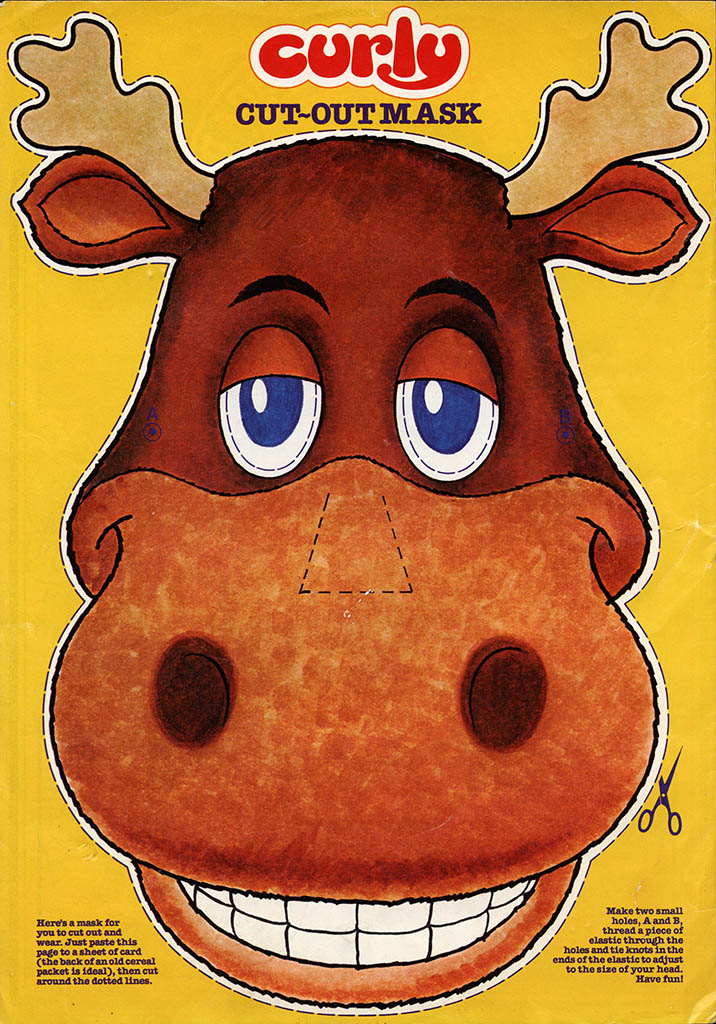 Beyond the brochure, members would have also found a cool pinback badge/button in their kit: 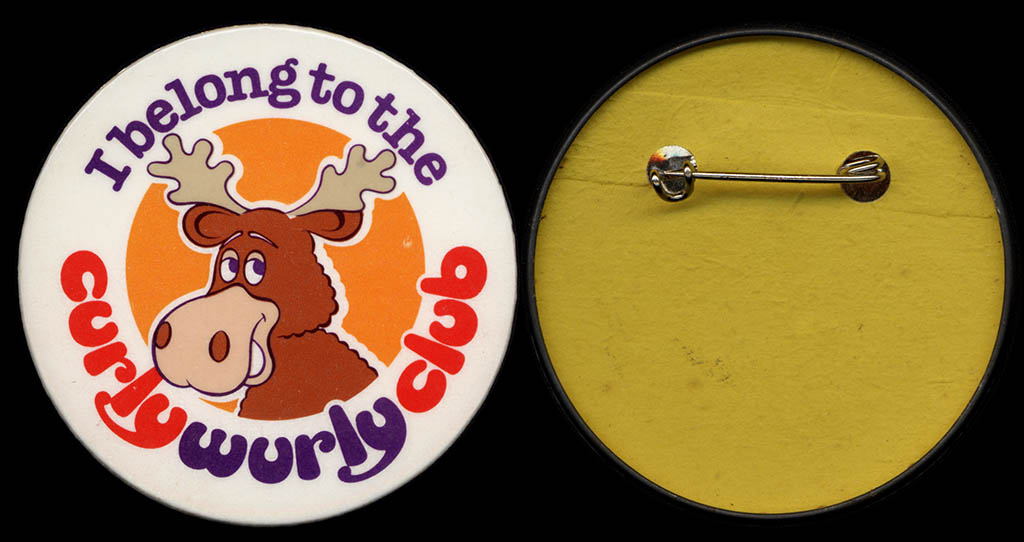 This is the fun little sticker sheet:

And finally, the last piece, but the key part of any fan club kit; a membership ID. 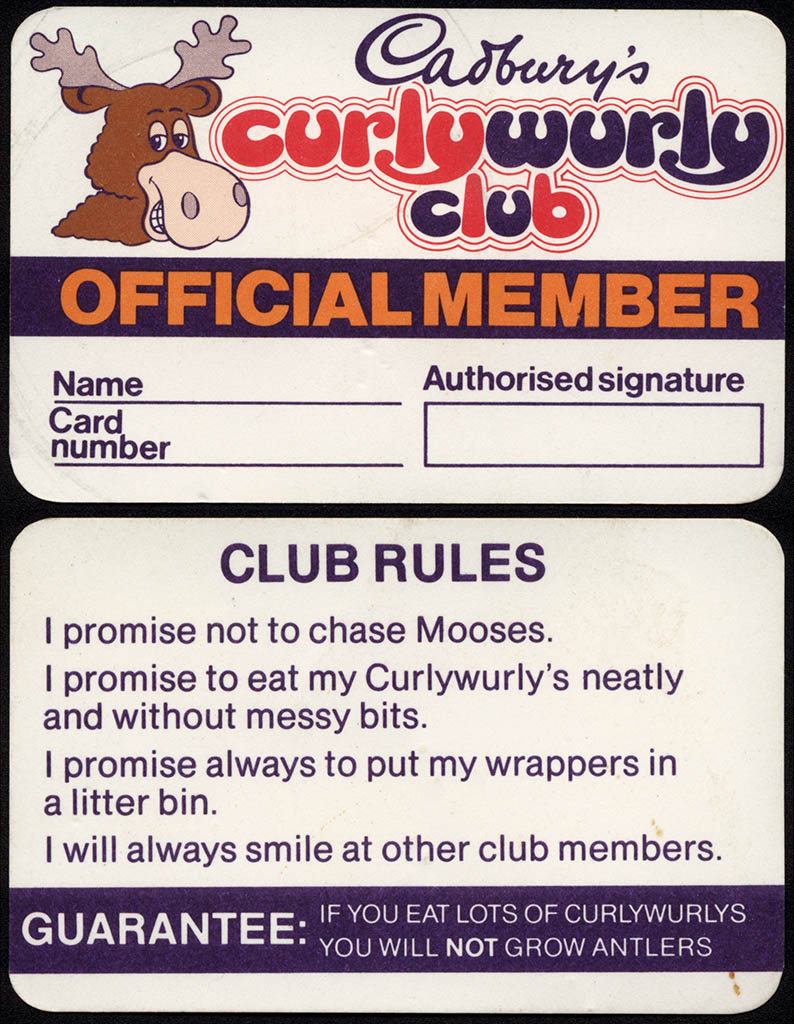 And that’s everything – the full contents of the Cadbury’s CurlyWurly Club Kit from 1982.  I hope you’ve enjoyed the opportunity to see it in all its fun glory.

A New York City based writer, editor and sometimes actor. After spending much of the 1990′s in the comic book business helping tell the stories of Marvel Comics’ X-Men as series editor, he has since split his time between developing his own entertainment properties while still consulting and working on others. Having been described as “the Indiana Jones of lost and forgotten candy”, Jason is one of the country’s premier candy collectors and historians with his discoveries appearing in countless blogs, magazines, newspaper articles, and books. Always happy to share his knowledge and unique perspectives on this colorful part of our popular culture, Jason has consulted with New York’s Museum of Food and Drink and has also been a featured guest on Food Network’s Heavyweights, France’s M6 Capital, and New York’s TheActionRoom.com. My Google Profile+
View all posts by Jason Liebig →
This entry was posted in 1980's, British, Cadbury, Chocolate and tagged British candy, British chocolate bar, Cadbury, Cadbury's, candy collecting, candy collection, candy collector, candy wrapper collection, candy wrapper collector, collectible, collecting candy, confectionery, confections, Curly Wurly, CurlyWurly, Fan Club Kit, packaging, sweets, United Kingdom, vintage candy wrapper, wrapper. Bookmark the permalink.