A Pair of my Favorite New Halloween Offerings for 2012!

Every year, candy companies release versions of their products in Halloween-themed packaging.  Sometimes those designs return year after year and become seasonal classics, while other times the designs get refreshed each year.  When a company does a Halloween-themed version of a candy that they’ve never done before, I always take notice.  Today, I’d like to highlight two of my favorites that are brand-new this year:  Mike and Ike Mummy’s Mix and Angry Birds Halloween Edition.

First up, we’re going to look at Mike and Ike Mummy’s Mix.  When I first heard about these I was pretty surprised.  Just Born started to produce specialty Mike and Ike Christmas and Valentine’s boxes a couple of years ago but in spite of that, I just didn’t see this one coming.  I’m so glad they made the decision to create something like this as they ended up with an absolutely fantastic package, and one that stands as my #1 top-favorite for Halloween 2012.  Here it is: 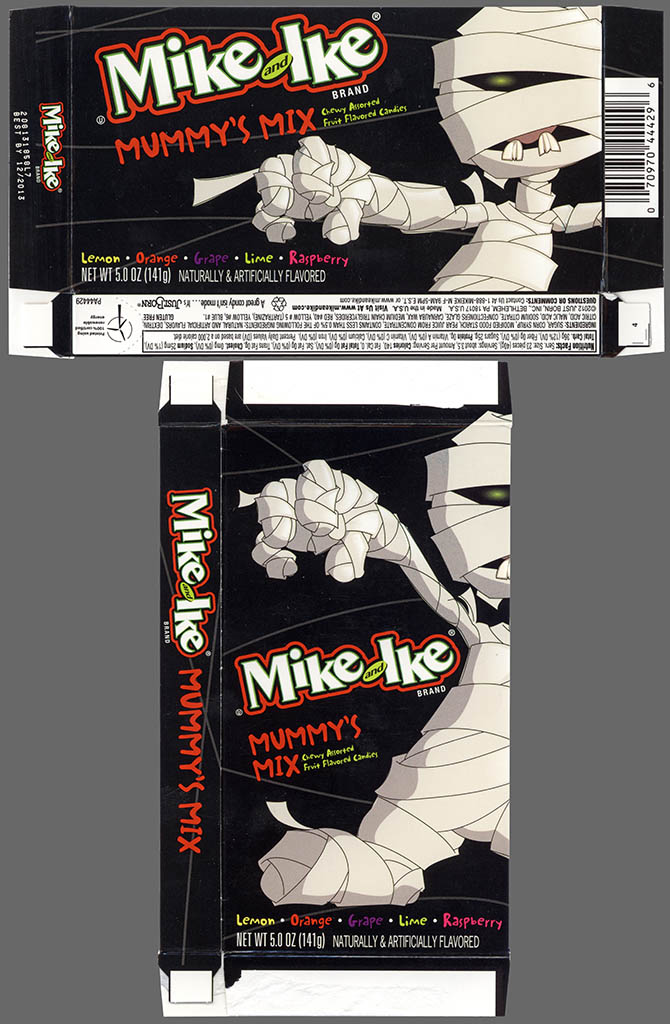 I think that Mike and Ike Mummy’s Mix is an instant classic and I hope that next year they expand this thematic line.  I’d love to see a similar themed Hot Tamales, and maybe an additional Mike and Ike flavor mix with a new monster.  For now, this is my winner for the season.

Another gem that I added to my collection this year comes from a young brand as well as a licensed category of candy.  Because of that, I didn’t expect to find it so appealing.  The folks who make the Angry Birds Gummies went and created a special Halloween-themed box for the holiday, and I gotta say, it’s great!  For any of you who have played Rovio’s Angry Birds: Seasons, you’ll find the costumes here familiar.  Check it out: 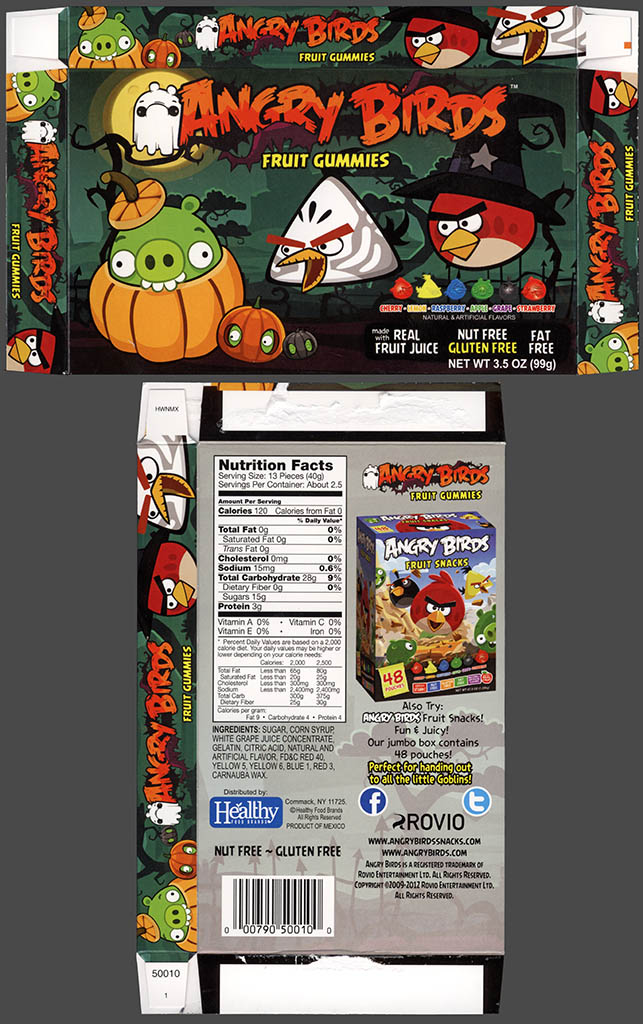 That Angry Birds Halloween box has got me wanting to go back and collect all of the other boxes in their standard Angry Birds Gummies and recently-released Angry Birds Space Gummies lines.  So kudos to their marketing department – they got me!

And that’s everything I’ve got to share today on my top two favorite new Halloween releases for 2012.  See you next time!

A New York City based writer, editor and sometimes actor. After spending much of the 1990′s in the comic book business helping tell the stories of Marvel Comics’ X-Men as series editor, he has since split his time between developing his own entertainment properties while still consulting and working on others. Having been described as “the Indiana Jones of lost and forgotten candy”, Jason is one of the country’s premier candy collectors and historians with his discoveries appearing in countless blogs, magazines, newspaper articles, and books. Always happy to share his knowledge and unique perspectives on this colorful part of our popular culture, Jason has consulted with New York’s Museum of Food and Drink and has also been a featured guest on Food Network’s Heavyweights, France’s M6 Capital, and New York’s TheActionRoom.com. My Google Profile+
View all posts by Jason Liebig →
This entry was posted in CountdownToHalloween, Halloween, Holiday, Uncategorized and tagged Angry Birds, candy collecting, candy collection, candy collector, candy wrapper collection, candy wrapper collector, collectible, collecting candy, confectionery, confections, Halloween, Halloween candy, Just Born, licensed candy, Mike and Ike, monsters, Mummies, packaging, Rovio, sweets, vintage candy wrapper, wrapper. Bookmark the permalink.

4 Responses to A Pair of my Favorite New Halloween Offerings for 2012!