Return of the Zombie Candy!!

Zombies have been a pop culture staple since the 1960’s, but in the last decade they’ve exploded in popularity.  Just last night I enjoyed the season premiere of the breakout hit series, The Walking Dead.   So, it should come as no surprise that zombies have made their way into the confectionery biz.  Today, I’m going to share a couple zombie-related candies that are out this Halloween season.

Before I get to today’s topic, I should mention that back in April, I wrote up a post on Australia’s Zombie Chews – if you dig zombies check it out. 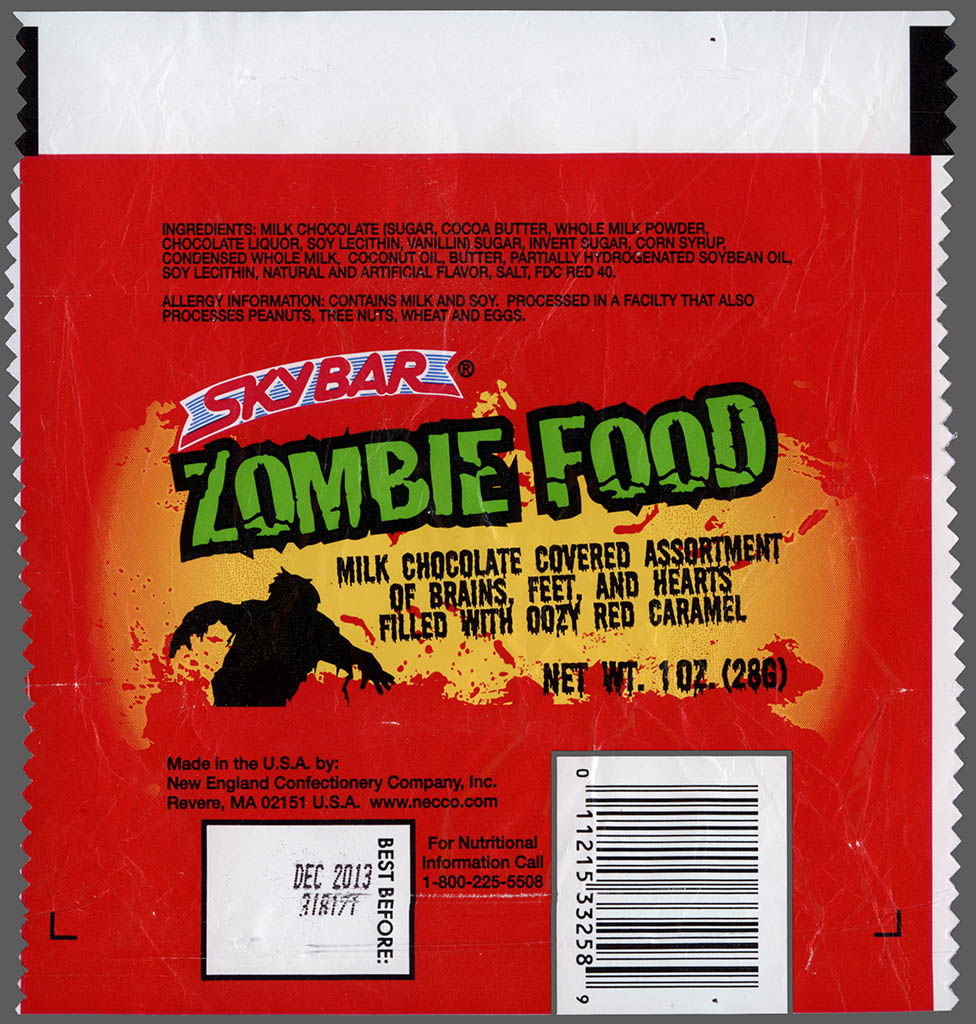 Zombie Food is a pretty inventive bit of fun.  Each pack contains one of an assortment of “milk chocolate covered brains, feet, and hearts filled with oozy red caramel.”  In the two packs I picked up, I got a brain and heart: 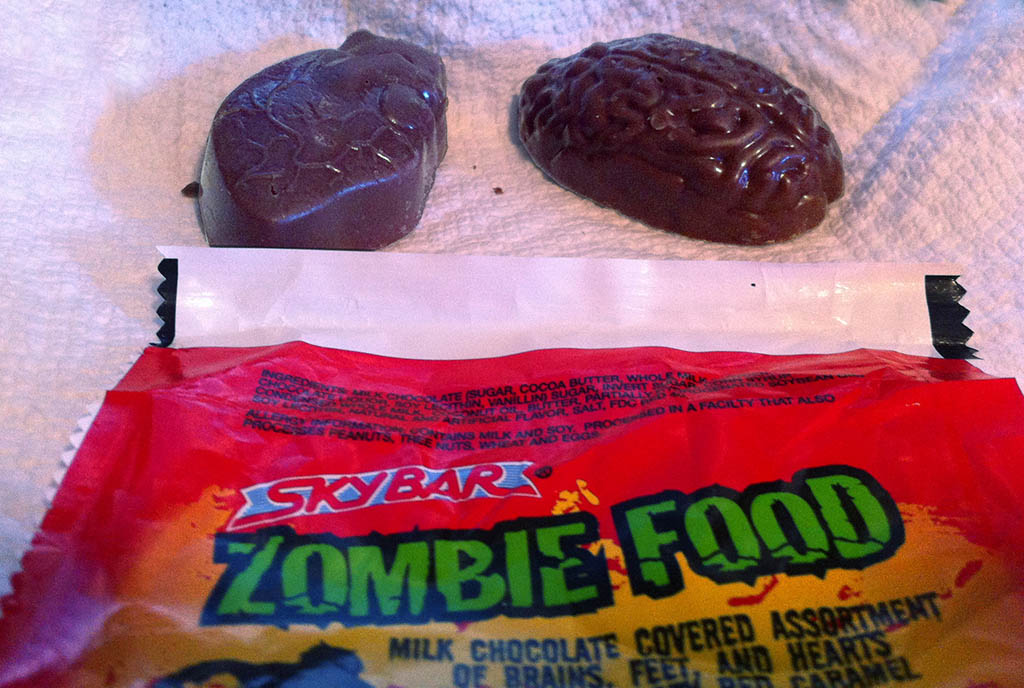 Next up is Sour Patch Zombie Kids.  I’ve only found them offered in one format; a large 80-count treat bag:

It was great to see the Sour Patch Zombie Kids this season, as three years ago, I passed on a similar product during an October trip up in Canada.  I snapped a picture, but I wish I’d bought these: 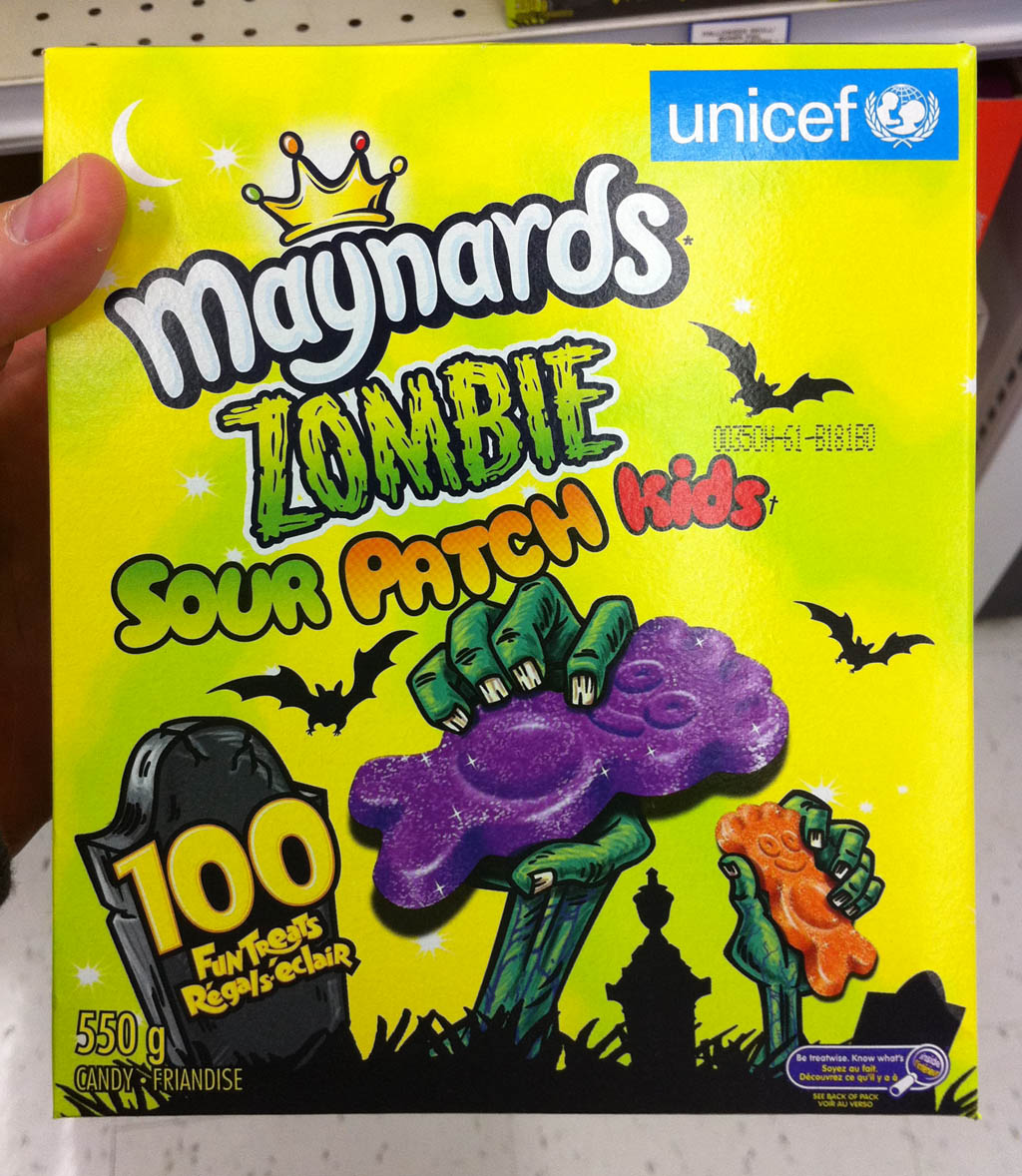 The Canadian version was a bit spookier than what we finally got here in the USA.

And that’s everything I’ve got for today on the Return of the Zombie Candy! 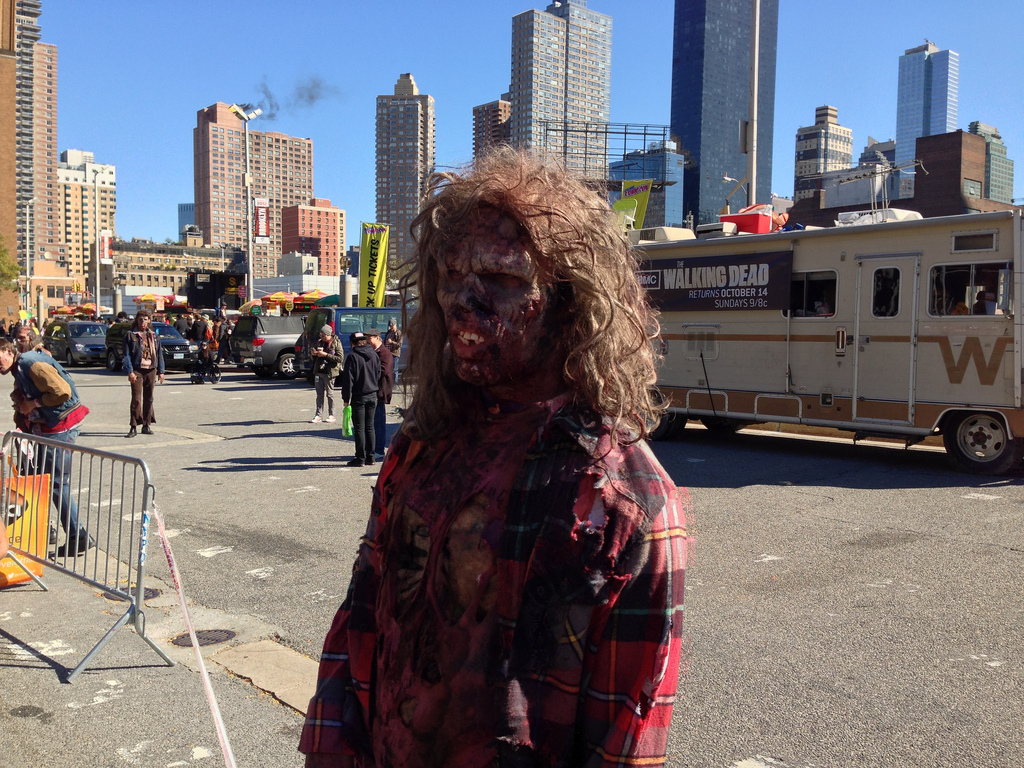 Boo!  See you next time!

A New York City based writer, editor and sometimes actor. After spending much of the 1990′s in the comic book business helping tell the stories of Marvel Comics’ X-Men as series editor, he has since split his time between developing his own entertainment properties while still consulting and working on others. Having been described as “the Indiana Jones of lost and forgotten candy”, Jason is one of the country’s premier candy collectors and historians with his discoveries appearing in countless blogs, magazines, newspaper articles, and books. Always happy to share his knowledge and unique perspectives on this colorful part of our popular culture, Jason has consulted with New York’s Museum of Food and Drink and has also been a featured guest on Food Network’s Heavyweights, France’s M6 Capital, and New York’s TheActionRoom.com. My Google Profile+
View all posts by Jason Liebig →
This entry was posted in CountdownToHalloween, Halloween, Novelty, Sour Candy and tagged candy collecting, candy collection, candy collector, candy wrapper collection, candy wrapper collector, collectible, collecting candy, confectionery, confections, Halloween candy, packaging, sweets, vintage candy wrapper, Walking Dead, wrapper, zombies. Bookmark the permalink.

2 Responses to Return of the Zombie Candy!!