A Pair of Halloween Candy Dips!

It’s been a whirlwind of comic book-related fun for me this weekend at New York Comic Con 2012, and today I’m enjoying winding down from that.   So for this Sunday post, I’m going to cover two different dipping candies that created Halloween-themed versions; one from the 1990’s here in the USA, and the other from just last year over in the UK.

First up is a great Halloween-themed package version of the classic treat Lik-M-Aid Fun Dip.  Created in the 1990’s, Ghoulish Fun Dip provided a perfectly spooky-ized version of the standard packaging at the time.  This is the package I’ve had in my collection for several years now: 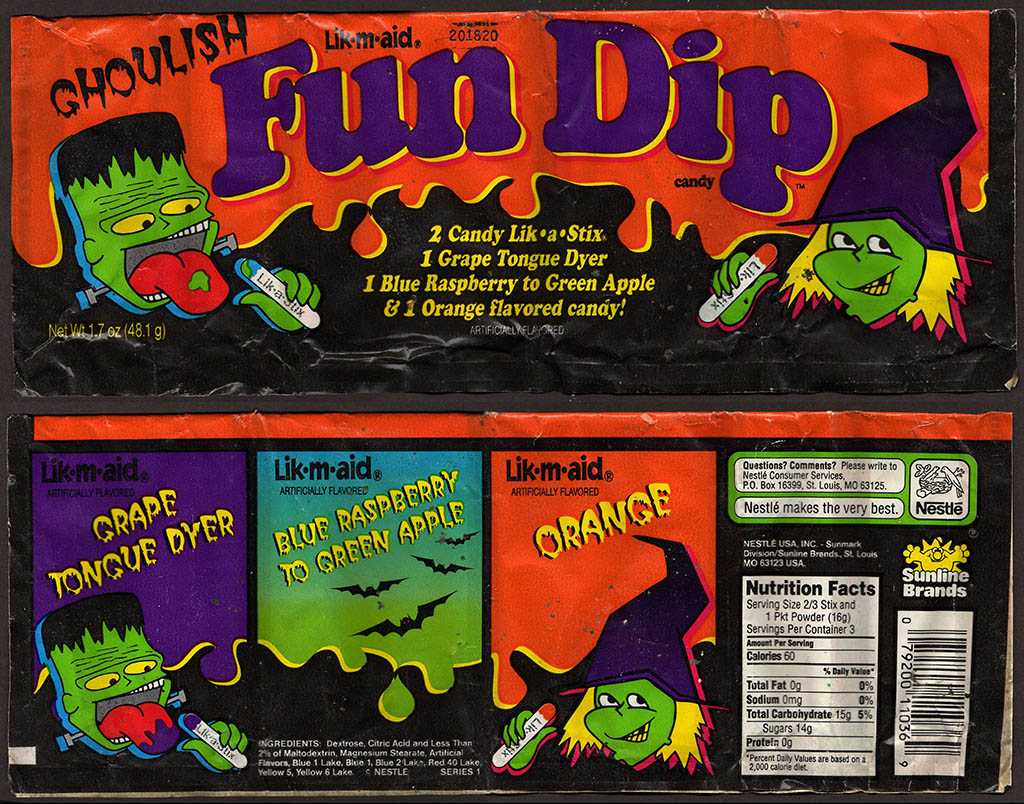 While Fun Dip has been the dipping candy of choice here in the USA since the early 1970’s, the UK has had Swizzels-Matlow’s Double Dip, a product that is virtually the same treat.  Last November, I had the pleasure of visiting the UK, and fortunately for me there was still a bit of Halloween candy product on shelves.  One of the really cool items I picked up was the Halloween version of Double Dip, branded as Spooky Dip.  Let’s take a look: 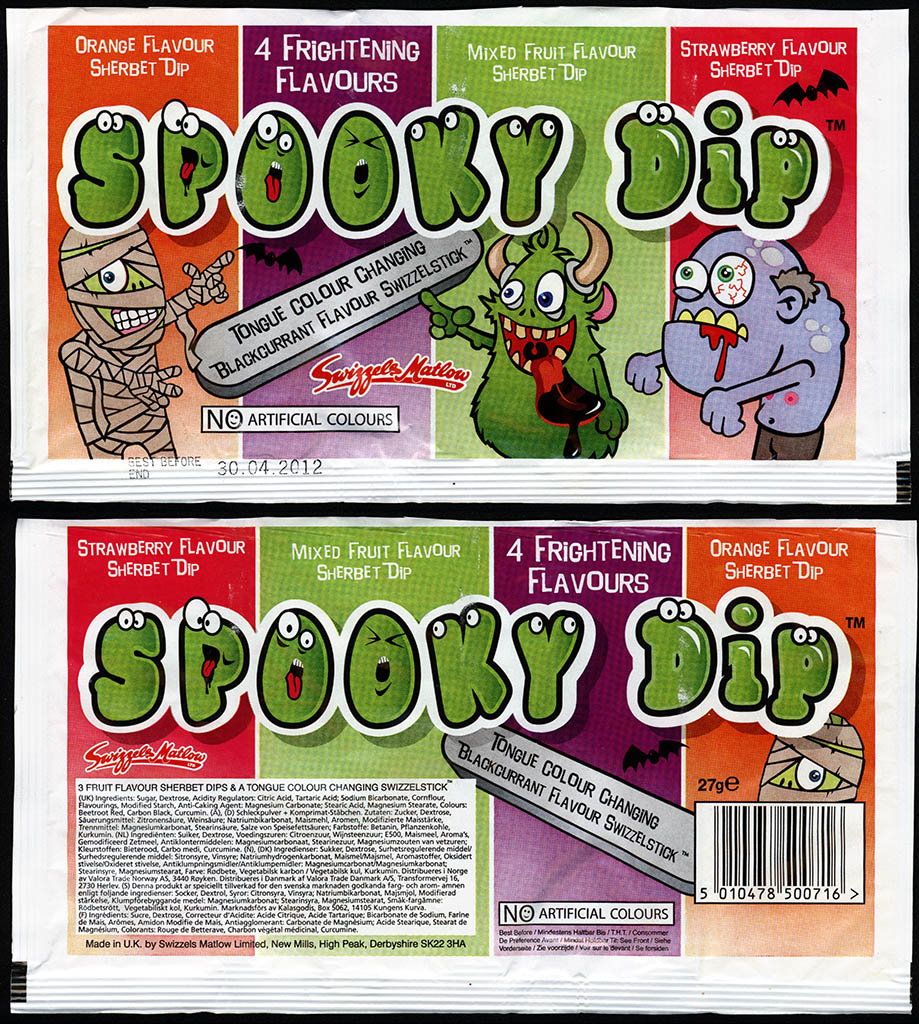 I really dig how every letter in the Spooky Dip logo is its own creature – fun stuff!

And that’s everything I have for you today on the topic of Halloween-themed dipping candy.  See you next time!

A New York City based writer, editor and sometimes actor. After spending much of the 1990′s in the comic book business helping tell the stories of Marvel Comics’ X-Men as series editor, he has since split his time between developing his own entertainment properties while still consulting and working on others. Having been described as “the Indiana Jones of lost and forgotten candy”, Jason is one of the country’s premier candy collectors and historians with his discoveries appearing in countless blogs, magazines, newspaper articles, and books. Always happy to share his knowledge and unique perspectives on this colorful part of our popular culture, Jason has consulted with New York’s Museum of Food and Drink and has also been a featured guest on Food Network’s Heavyweights, France’s M6 Capital, and New York’s TheActionRoom.com. My Google Profile+
View all posts by Jason Liebig →
This entry was posted in 1990's, British, CountdownToHalloween, Halloween, Holiday, Wonka and tagged British candy, candy collecting, candy collection, candy collector, candy wrapper collection, candy wrapper collector, collectible, collecting candy, confectionery, confections, Fun Dip, Halloween, Halloween candy, packaging, Sunmark, sweets, UK, United Kingdom, vintage candy wrapper, Wonka, wrapper. Bookmark the permalink.

1 Response to A Pair of Halloween Candy Dips!