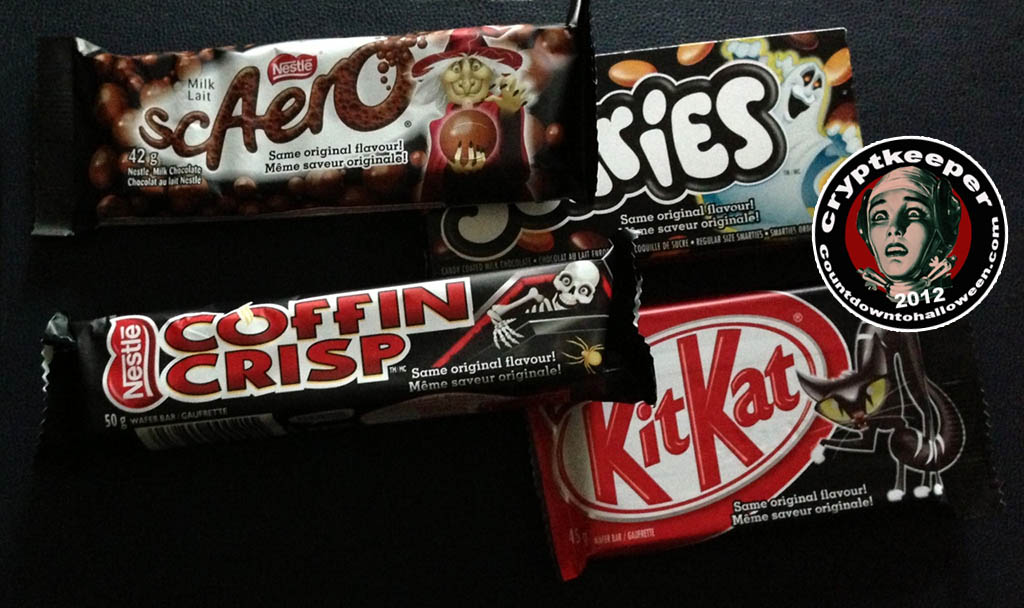 For Halloween 2012, Nestlé Canada has whipped up cool repackaged versions of four of their biggest brands.  Today I’ll be taking a look at these spooky offerings from up north.

Being a collector here in the United States, it’s not easy to keep track of the limited edition offerings coming out of other countries.  But even when you do find out about them, it can be near-impossible to track down the things.  Fortunately for me, I’ve developed a great network of friends in strategic spots around the globe to assist me.  Such was the case with these groovy Halloween Nestlé offerings.

When I heard about them I sent an e-mail off to illustrator-extraordinaire (and Canadian pal), Glen Mullaly.  Glen set about to candy-hunting and quickly had the pieces acquired.  He packed them up and in just under a week they arrived at my doorstep where I could marvel at their Halloween goodness. 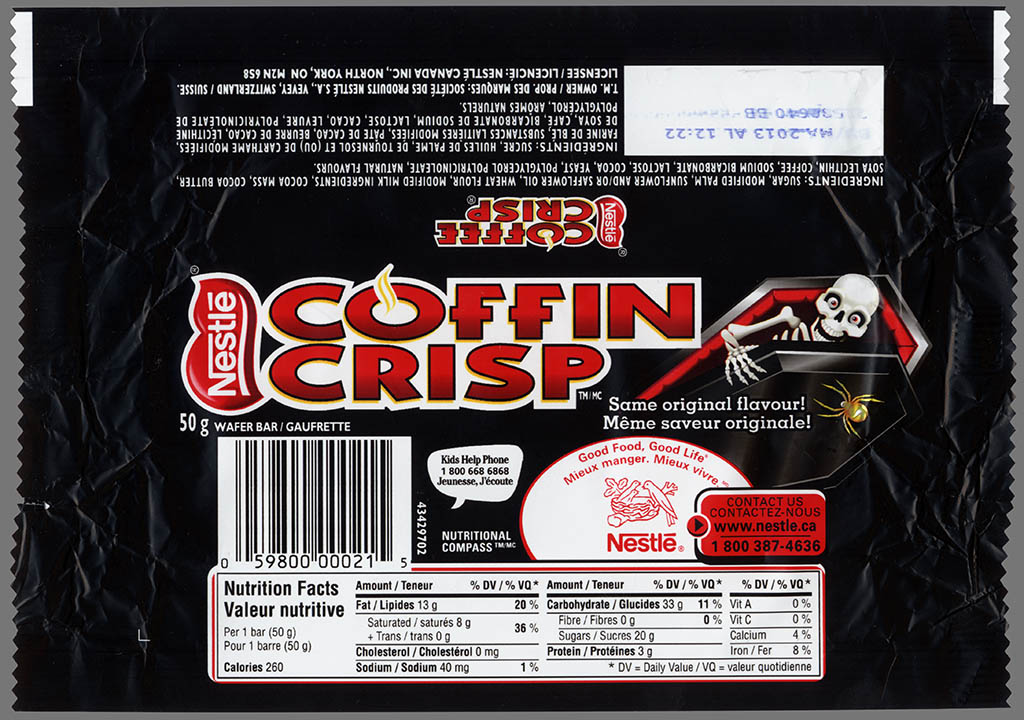 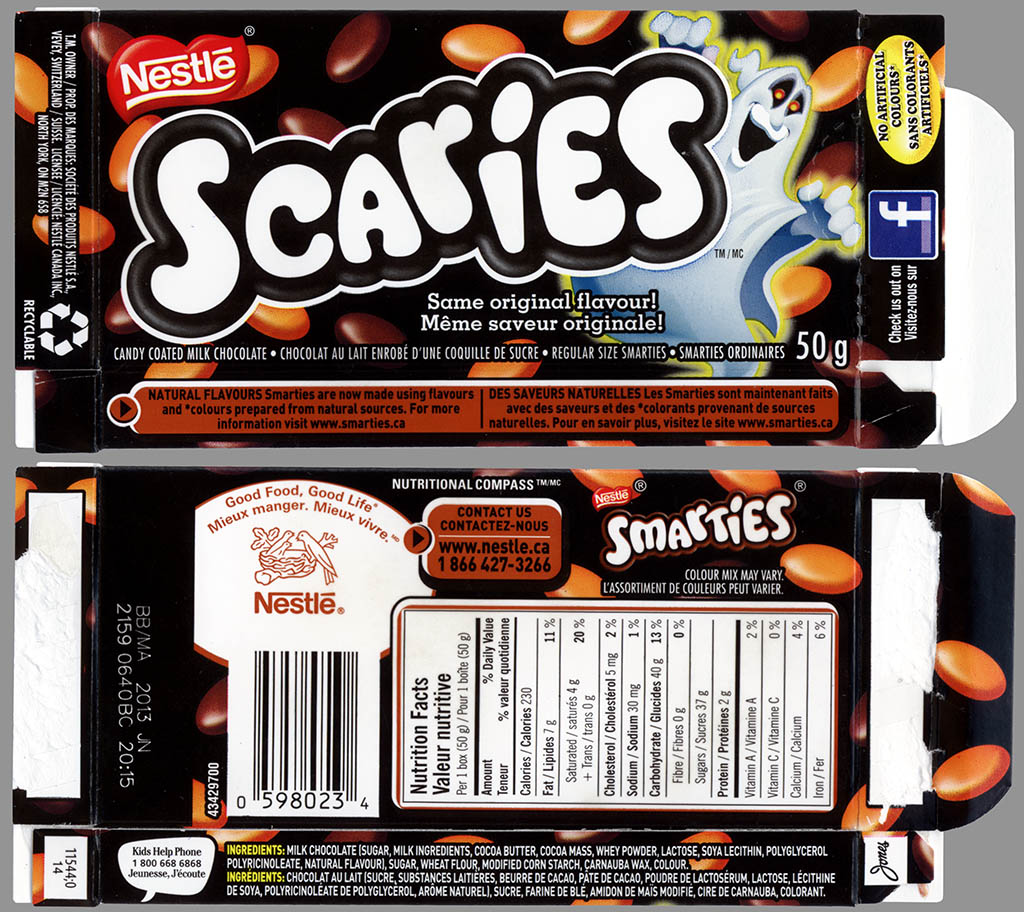 How neat are all of those?

I should note that each of the three wrappers sports an area highlight of reflective foil, which isn’t clear on these scans.  For the KitKat, it’s on the cat’s eyes, on the ScAero it’s the witch’s crystal ball, and on the Coffin Crisp the spider is foil.

I love when companies take their holiday branding to such levels of fun.  Way to go, Nestlé!

A New York City based writer, editor and sometimes actor. After spending much of the 1990′s in the comic book business helping tell the stories of Marvel Comics’ X-Men as series editor, he has since split his time between developing his own entertainment properties while still consulting and working on others. Having been described as “the Indiana Jones of lost and forgotten candy”, Jason is one of the country’s premier candy collectors and historians with his discoveries appearing in countless blogs, magazines, newspaper articles, and books. Always happy to share his knowledge and unique perspectives on this colorful part of our popular culture, Jason has consulted with New York’s Museum of Food and Drink and has also been a featured guest on Food Network’s Heavyweights, France’s M6 Capital, and New York’s TheActionRoom.com. My Google Profile+
View all posts by Jason Liebig →
This entry was posted in Canadian, Chocolate, CountdownToHalloween, Halloween, Nestle and tagged Canada, Canadian candy, candy collecting, candy collection, candy collector, candy wrapper collection, candy wrapper collector, collectible, collecting candy, confectionery, confections, Halloween candy, Nestle, packaging, sweets, vintage candy wrapper, wrapper. Bookmark the permalink.