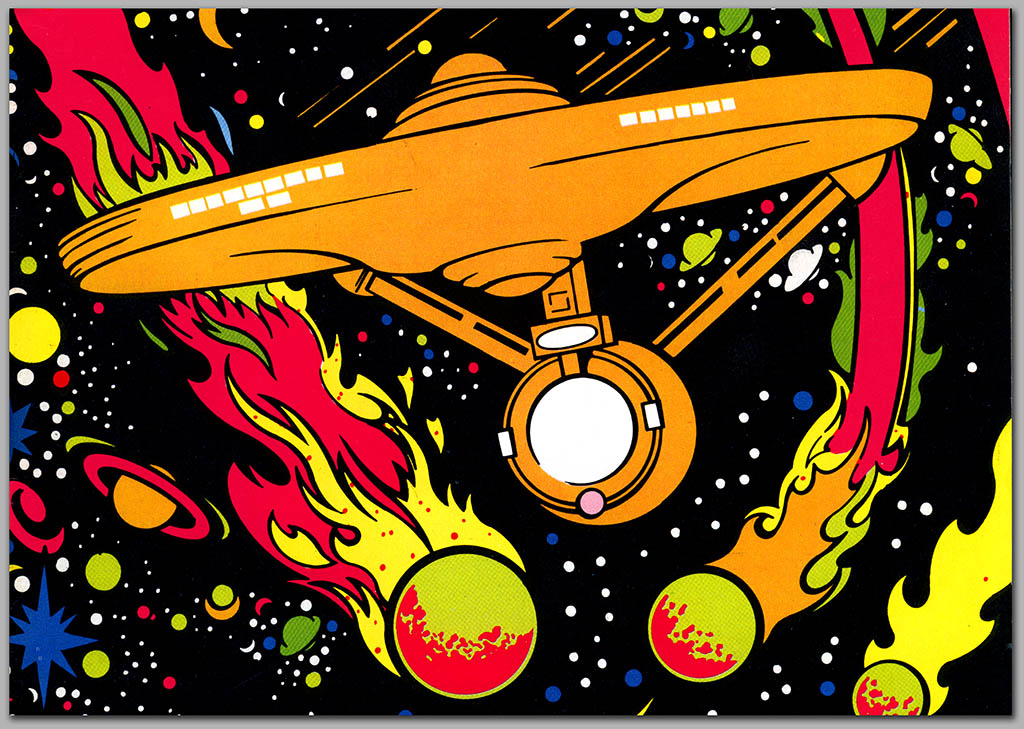 Today marks the 46th Anniversary of the original television broadcast of Gene Roddenberry’s creation, Star Trek.   In honor on that entertainment milestone, I’ll be sharing a set of UK Nestle wrappers from 1975, and based on Star Trek the Animated Series.

I’ve mentioned before that in the 60’s and 70’s, Nestle’s UK division produced a number of licensed sets of candy bars.  Unlike most candy bars, the wrappers for these were  designed to be collected.  Typically they arrived in sets of five or six.  In the case of the Star Trek bars, it was a set of five.

Without further introduction, here they are: 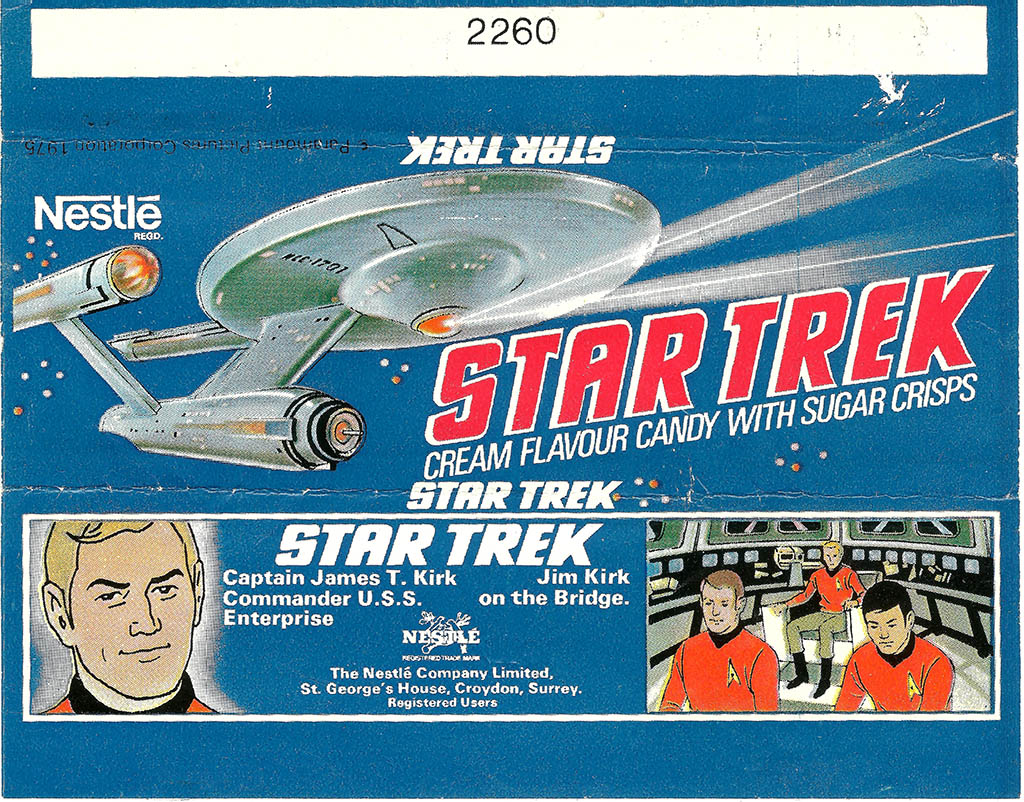 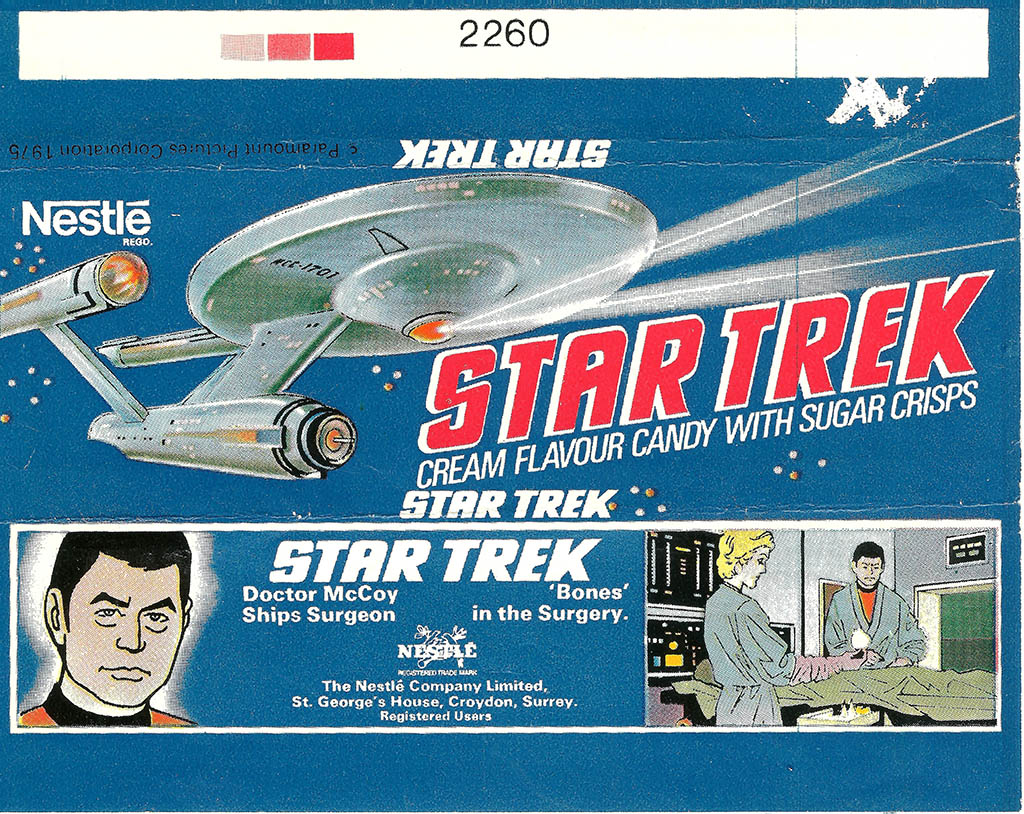 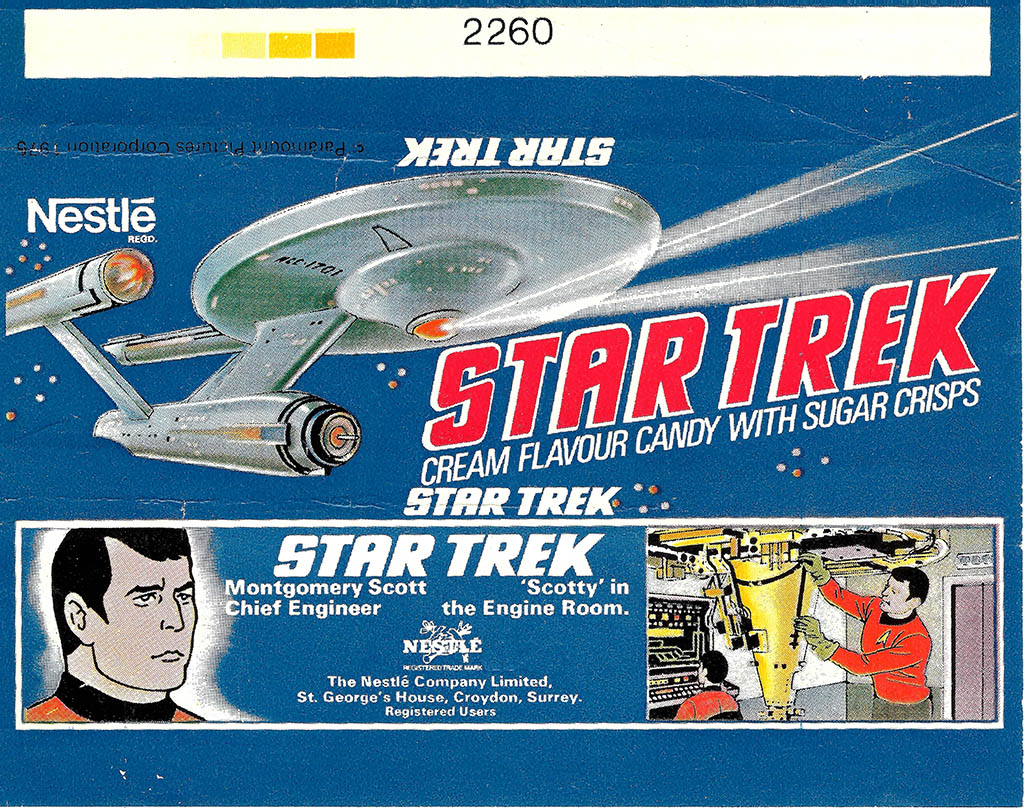 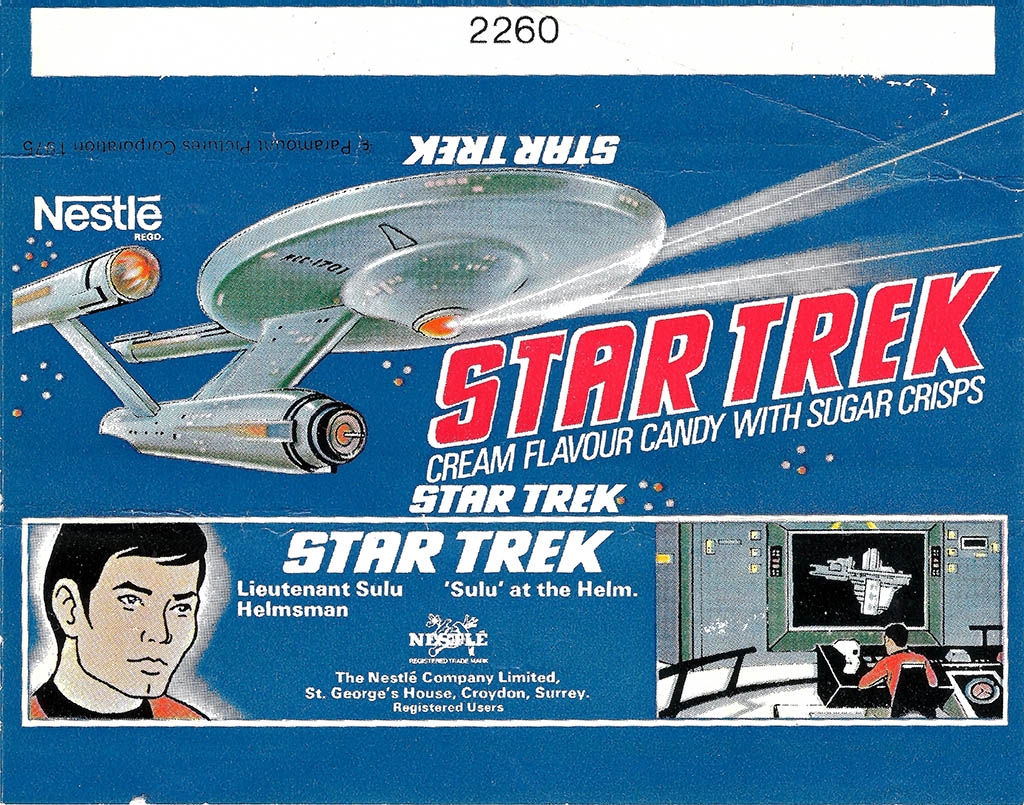 I’m a lifelong Star Trek fan, so it’s especially fun for me to share these wrappers on the site today.   These wouldn’t be the last candy bars to get the Star Trek license, but they were certainly the first, and I hope you enjoyed the look at them today.

Before I sign off, I’d like to point out that today’s title image of the starship Enterprise comes from a 1982 Electric Company Magazine cover, with art by Doug Taylor.  It’s pretty awesome, and I thought it would be a great piece of art to lead with.   Here’s the whole cover in all it’s awesome glory: 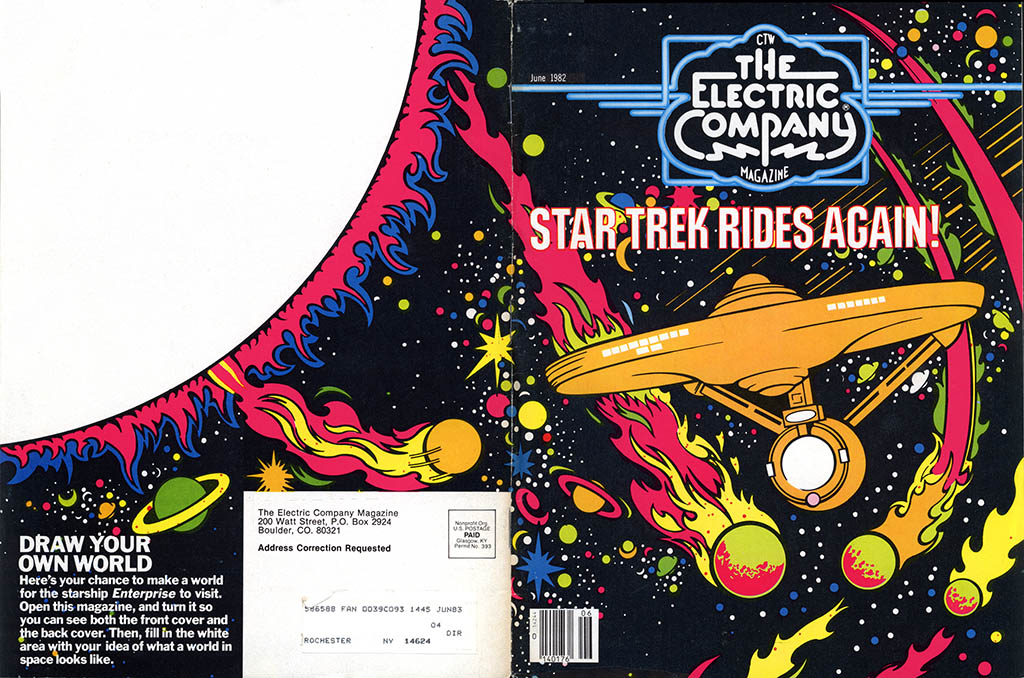 And that’s everything for today’s post.   Here’s to a fabulous and fun 46 years, and to countless more!  Thanks, Star Trek!!

A New York City based writer, editor and sometimes actor. After spending much of the 1990′s in the comic book business helping tell the stories of Marvel Comics’ X-Men as series editor, he has since split his time between developing his own entertainment properties while still consulting and working on others. Having been described as “the Indiana Jones of lost and forgotten candy”, Jason is one of the country’s premier candy collectors and historians with his discoveries appearing in countless blogs, magazines, newspaper articles, and books. Always happy to share his knowledge and unique perspectives on this colorful part of our popular culture, Jason has consulted with New York’s Museum of Food and Drink and has also been a featured guest on Food Network’s Heavyweights, France’s M6 Capital, and New York’s TheActionRoom.com. My Google Profile+
View all posts by Jason Liebig →
This entry was posted in 1960's, 1970's, 1980's, Chocolate, Nestle and tagged candy collecting, candy collection, candy collector, candy wrapper collection, candy wrapper collector, collectible, collecting candy, confectionery, confections, Nestle, packaging, Star Trek, sweets, UK Chocolate, vintage candy wrapper, wrapper. Bookmark the permalink.