A Fun One for Friday: Fleer’s Cherry Blast Bubble Gum! 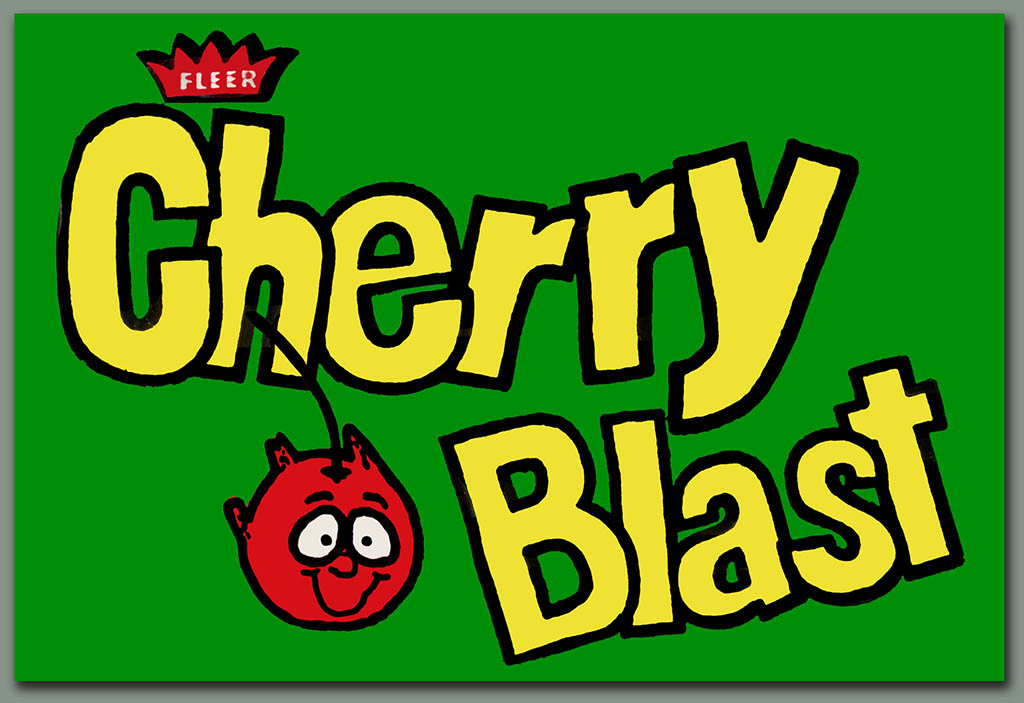 I’ve got a wedding to go to today, which means several hours of driving, and not much time for candy.  Before I embark I wanted to share a fun offering from my bubble gum files.   Submitted for your viewing enjoyment today is a great package for Fleer’s Cherry Blast bubble gum, from 1977.

Cherry Blast was part of a series of wide pack bubble gum offerings that Fleer put out in the 1970’s and 1980’s.  Each one had a unique theme and design, and I’ve got a few I’ll be sharing in upcoming posts.

The example of Cherry Blast that I have comes out of the Gum Books – a pair of gum wrapper scrapbooks kept by a Southern California woman in the 1970’s and 1980’s.  The two gum books were first discovered by my pal Dan Goodsell and spent over a decade in his collection before making their way to me.

You’ll note some damage on the back of this wrapper as well as residue of double-sided tape (one piece inscribed with the year this was sold).  Looking over the pair of gum wrapper scrapbooks, it’s clear that the books were upgraded or reorganized at least once, requiring taped-down pieces to be removed and re-taped.  It’s unfortunate this wrapper was damaged in this way, but it still looks great.  Even damaged, I’m grateful to have this example so I can share it with you today.  I think it’s pretty awesome. 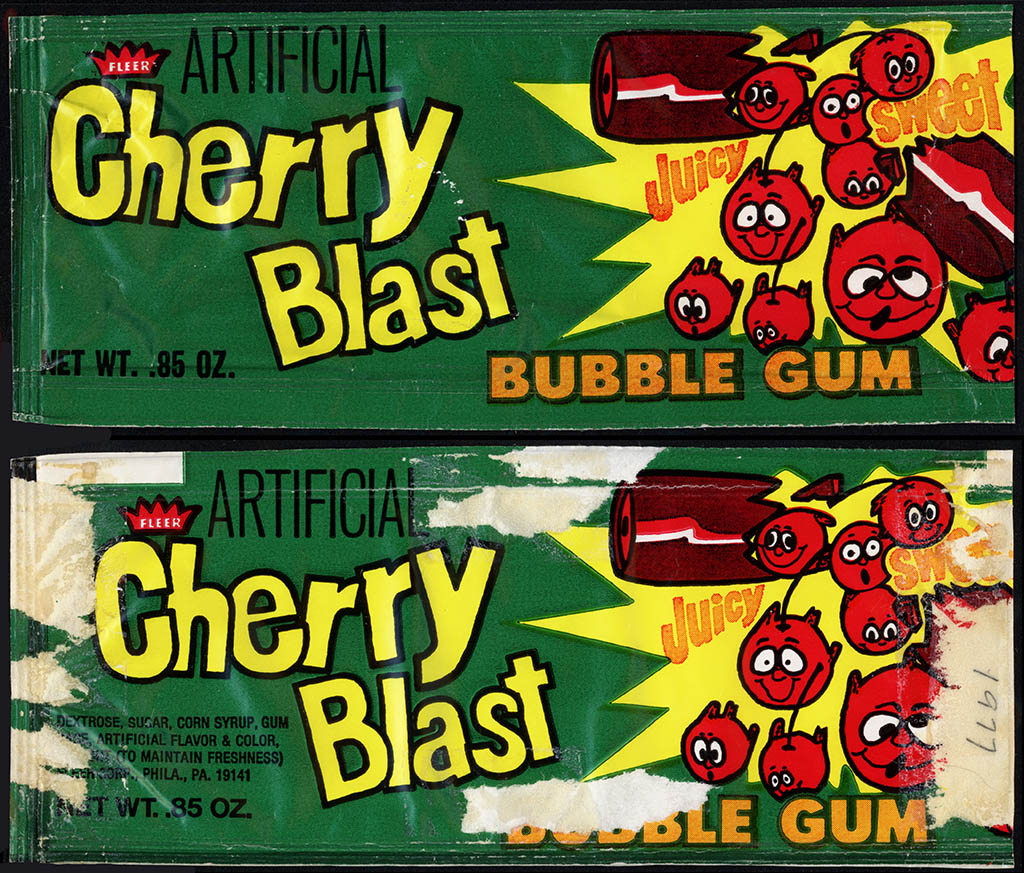 I love the cherry mascots exploding out of some kind of stick of dynamite.  Great stuff.

I gotta get on the road early so I can make a few off-the-beaten-path gas station stops on the trip – you never know, maybe I’ll find some discontinued treasures on their dusty candy shelves.

A New York City based writer, editor and sometimes actor. After spending much of the 1990′s in the comic book business helping tell the stories of Marvel Comics’ X-Men as series editor, he has since split his time between developing his own entertainment properties while still consulting and working on others. Having been described as “the Indiana Jones of lost and forgotten candy”, Jason is one of the country’s premier candy collectors and historians with his discoveries appearing in countless blogs, magazines, newspaper articles, and books. Always happy to share his knowledge and unique perspectives on this colorful part of our popular culture, Jason has consulted with New York’s Museum of Food and Drink and has also been a featured guest on Food Network’s Heavyweights, France’s M6 Capital, and New York’s TheActionRoom.com. My Google Profile+
View all posts by Jason Liebig →
This entry was posted in 1970's, Bubble Gum, Fleer, Gum and tagged 1970's candy, 1970's gum, 70's candy wrappers, 70's gum, candy collecting, candy collection, candy collector, candy wrapper collection, candy wrapper collector, collectible, collecting candy, confectionery, confections, Fleer candy, Fleer gum, mascot candy, mascot gum, packaging, sweets, vintage candy wrapper, wrapper. Bookmark the permalink.