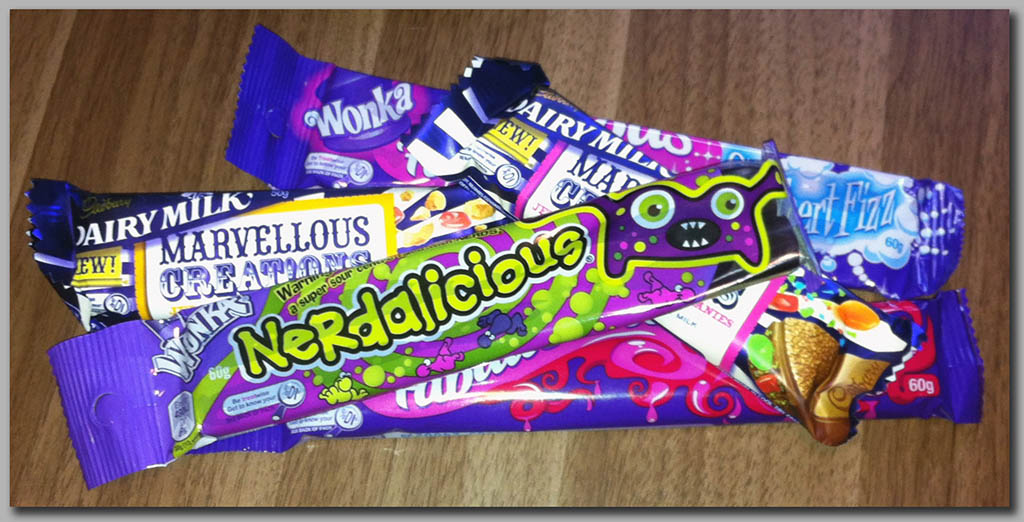 One of the great things about our modern world is how easy it is to connect and share our interests. The ease by which we can now connect with one another has changed just about every aspect of our world, and it’s certainly changed the hobby of collecting. Now, it’s easy to exchange information with people instantly, and across the globe.

If you are lucky enough to make a few friends, it also makes it possible to collect things you might never be able to otherwise.

Steve noticed that I had commented on a number of pieces of his, a few of which are currently still on shelves there. He was kind enough to offer to pick up a few of these for me and send them my way. After working out the details Steve spent the next couple of weeks hunting for New Zealand goodies that he knew I’d like. He gathered an assortment, packed them up and shipped them my way.

Over this past weekend they arrived safely at my door – having made the around-the-globe journey without a scratch. There were a number of items beyond just what Steve was able to wrangle from the current New Zealand offerings, but I’ll be saving those for another time. Here’s the stuff:

The first thing I noticed were the snazzy-looking Cadbury Dairy Milk “Marvellous Creations”. They have a great old-school carnival look about them, and the mixture of ingredients reflects that as well. These are brand new, and apparently there was a third variety of Marvellous Creations bar that he wasn’t able to track down this time. So I’m still on the hunt for that one. 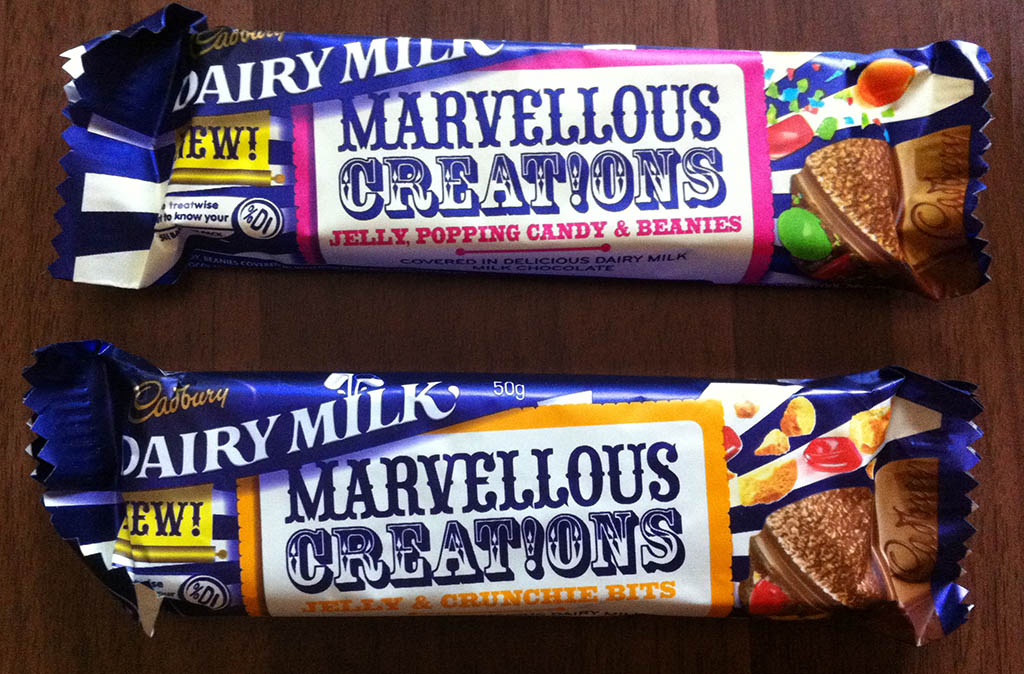 That first Marvellous Creations states that it has “popping candy” in it. I’m guessing that’s some kind of Pop Rocks in the mix – awesome!

I liked the pair of Wonka Fabulicious packs included in the care package, but what I really thought was awesome was the Nerdalicious pack. Complete with a wild-looking Nerdalicious creature on it, next to the classic Nerd mascot: 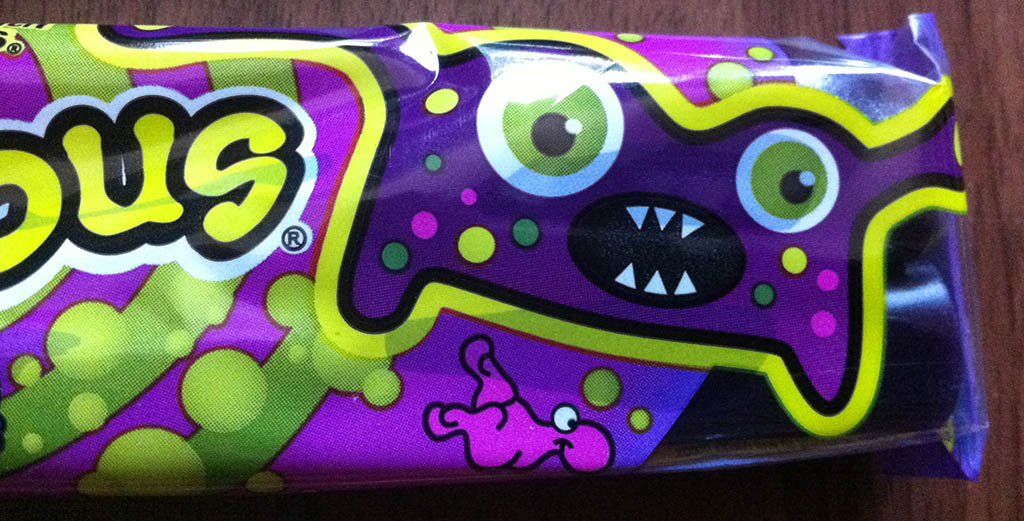 I’ve come across Wonka’s Nerdalicious packaging before, previously from the UK (Nerdalicious isn’t sold in US markets). I’d covered the topic in my Nerds Around The World post back in May. Even then, the packaging included classic Nerds, as well as a new creature:

So, while I’d come across Nerdalicious, I certainly had never found this cool New Zealand version.

And that’s everything I’ve got to share from my New Zealand candy care package today.

Special thanks go out to fellow collector, Steve Williams, for the willingness to hunt down these pieces and send them to me. Thanks, Steve!

A New York City based writer, editor and sometimes actor. After spending much of the 1990′s in the comic book business helping tell the stories of Marvel Comics’ X-Men as series editor, he has since split his time between developing his own entertainment properties while still consulting and working on others. Having been described as “the Indiana Jones of lost and forgotten candy”, Jason is one of the country’s premier candy collectors and historians with his discoveries appearing in countless blogs, magazines, newspaper articles, and books. Always happy to share his knowledge and unique perspectives on this colorful part of our popular culture, Jason has consulted with New York’s Museum of Food and Drink and has also been a featured guest on Food Network’s Heavyweights, France’s M6 Capital, and New York’s TheActionRoom.com. My Google Profile+
View all posts by Jason Liebig →
This entry was posted in Cadbury, Wonka and tagged candy collecting, candy collection, candy collector, candy wrapper collection, candy wrapper collector, collectible, collecting candy, confectionery, confections, packaging, sweets, vintage candy wrapper, wrapper. Bookmark the permalink.