I had a full day yesterday, which culminated in an early evening meeting at the West Way diner in Hell’s Kitchen.  I was in midtown a bit early, and found myself with 90 minutes to kill in the Times Square area.  Thinking about CollectingCandy, I decided to see if there were any candy offerings that might be unique to the area that I could pick up.  I turned up a couple.

The first thing I found were a pair of souvenir chocolate bars at the Times Square Toys R Us.  For those that have never visited the location, Toys R Us in Times Square is as much attraction as it is retail establishment.  There’s even a working Ferris wheel inside the store!    Here are the bars I picked up there: 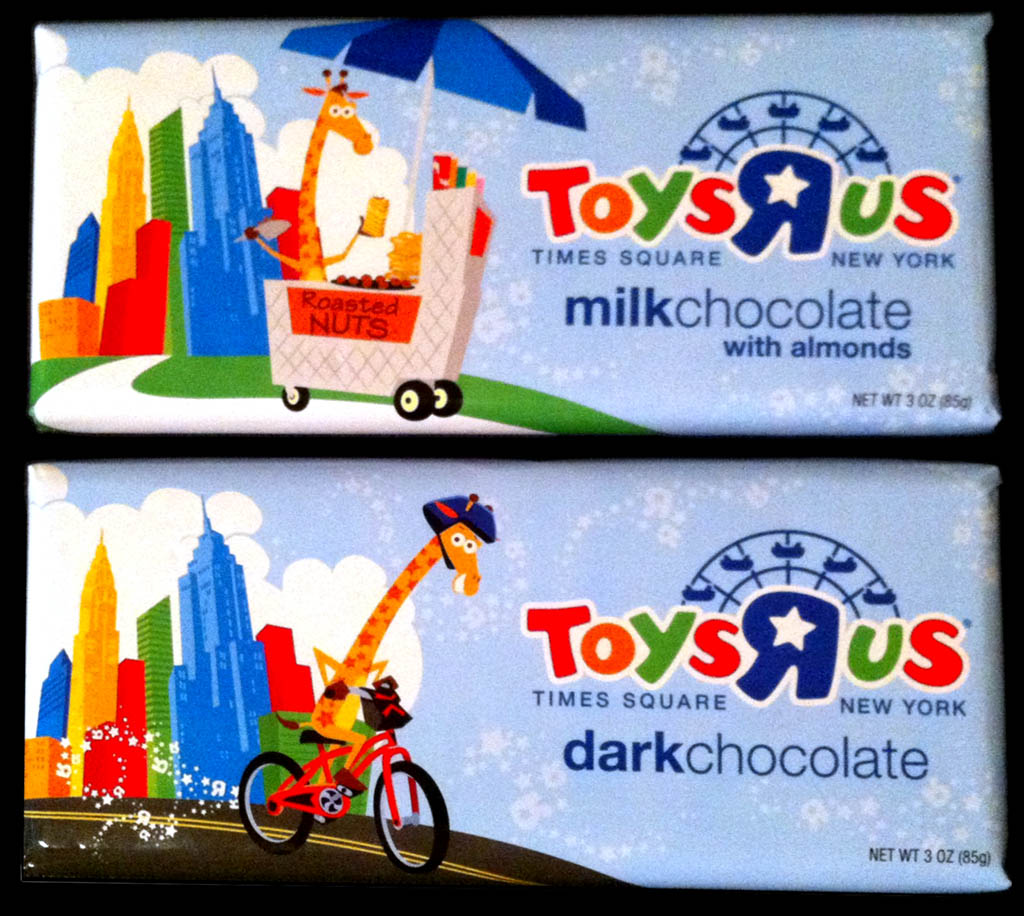 I also stopped at the Wonka store, which is a store-within-a-store on the main level of Toys R Us.   Most of what I saw were the Wonka products I’m already well-aware of, but I saw what I thought were two new flavors/versions of Wonka Kazoozles.

The Strawberry/Watermelon flavor appeared to be brand new, but the Cherry Punch also seemed to be a new “4 Ropes” version: 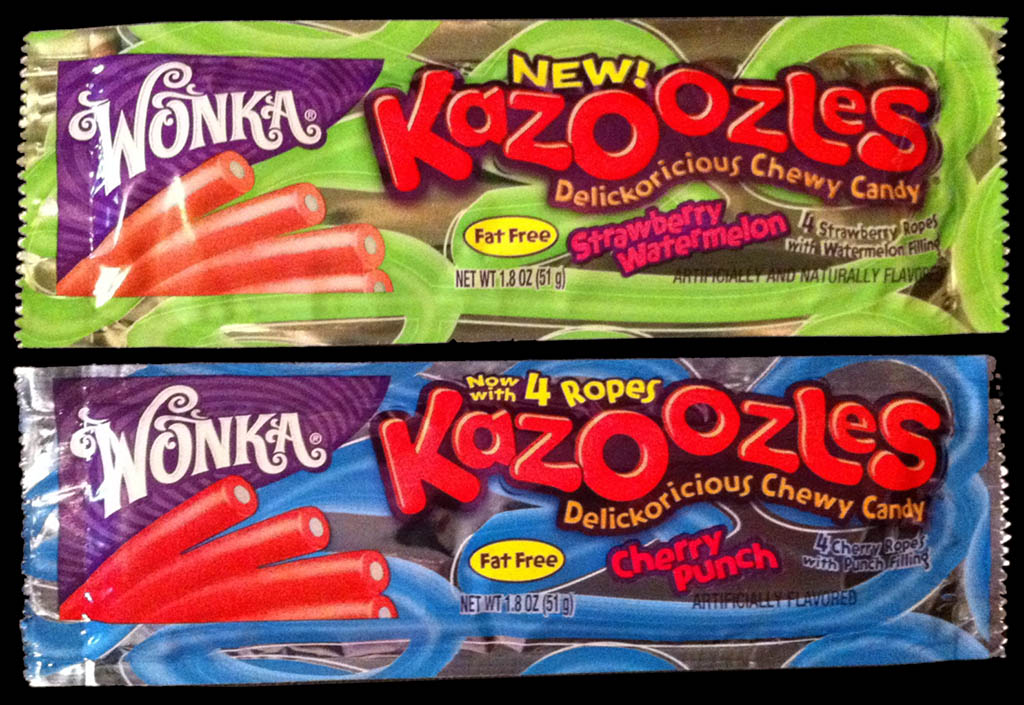 I didn’t snap any pictures of the Wonka store yesterday, but I did last year, and I thought readers might be interested to see them. 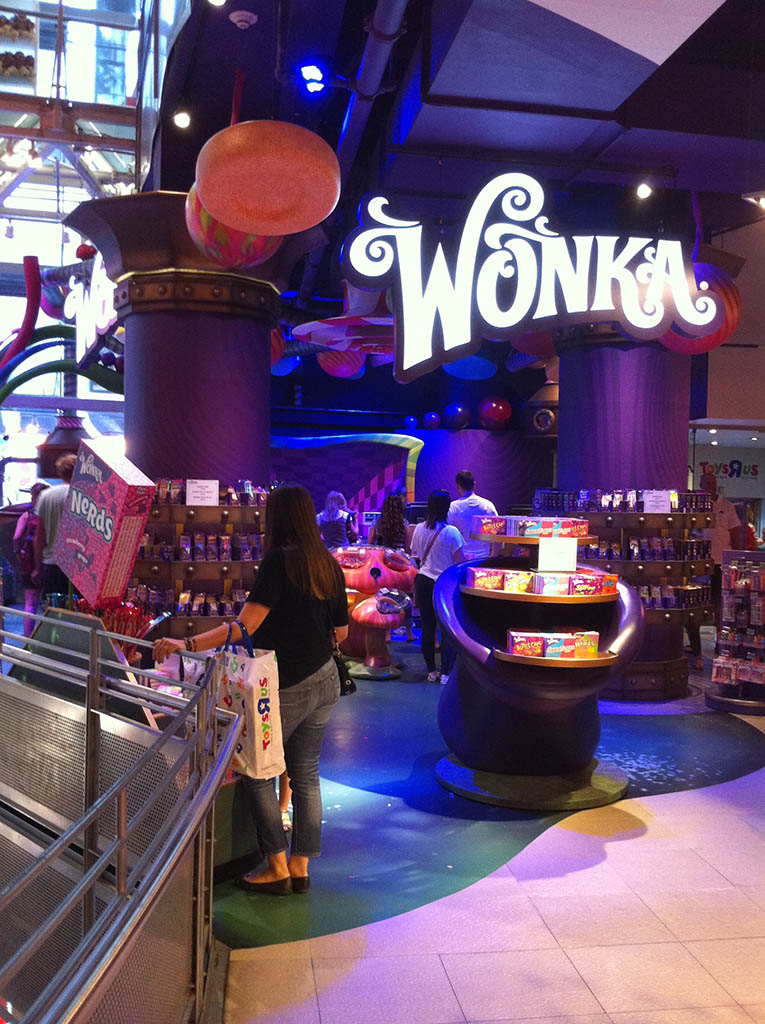 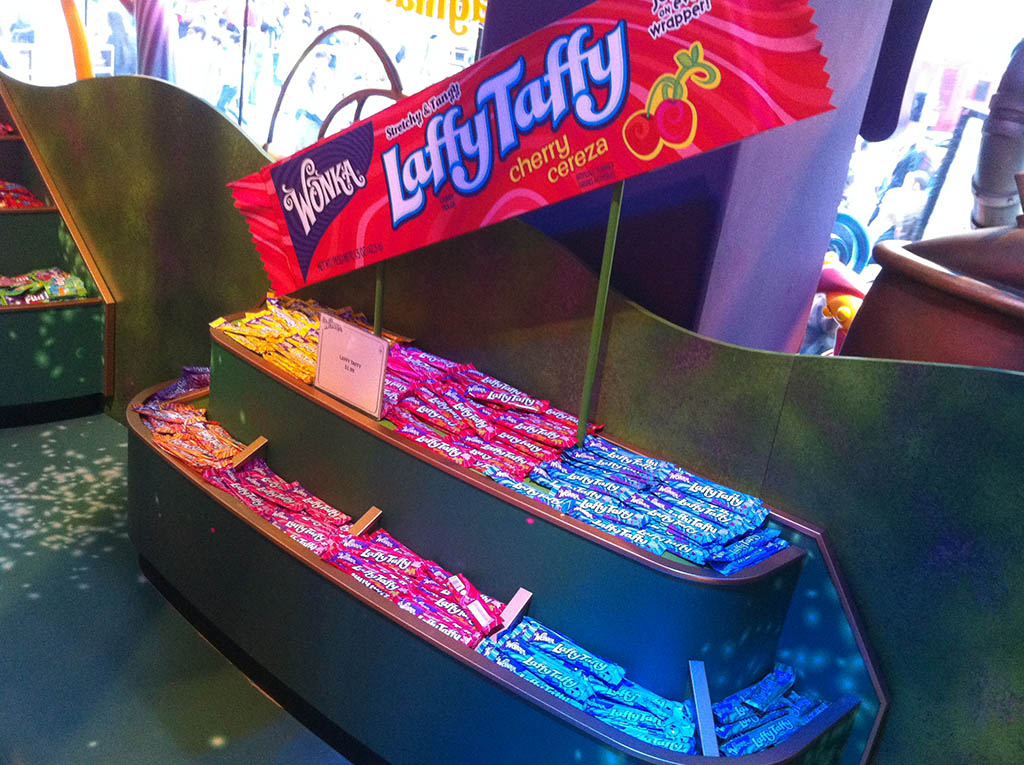 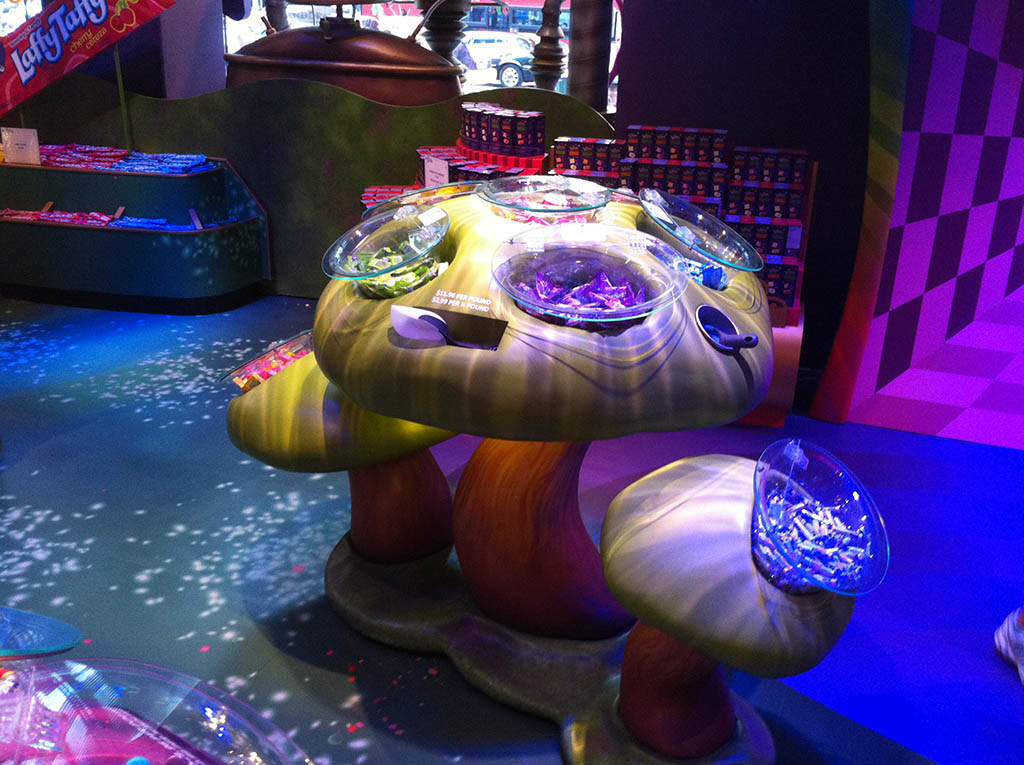 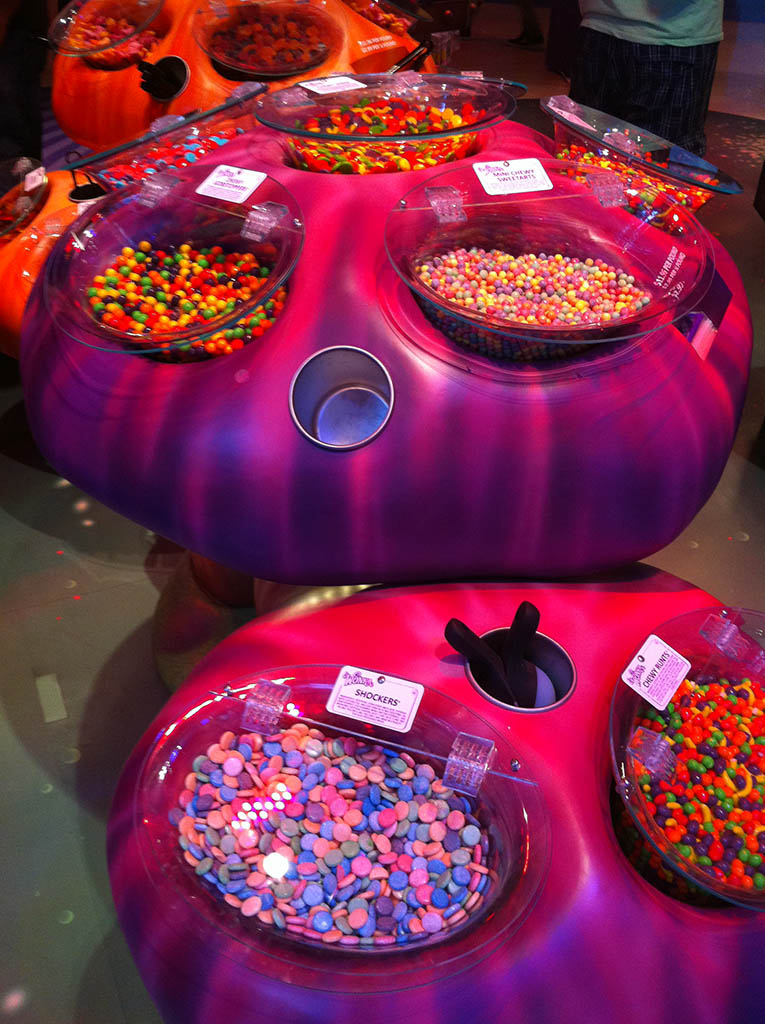 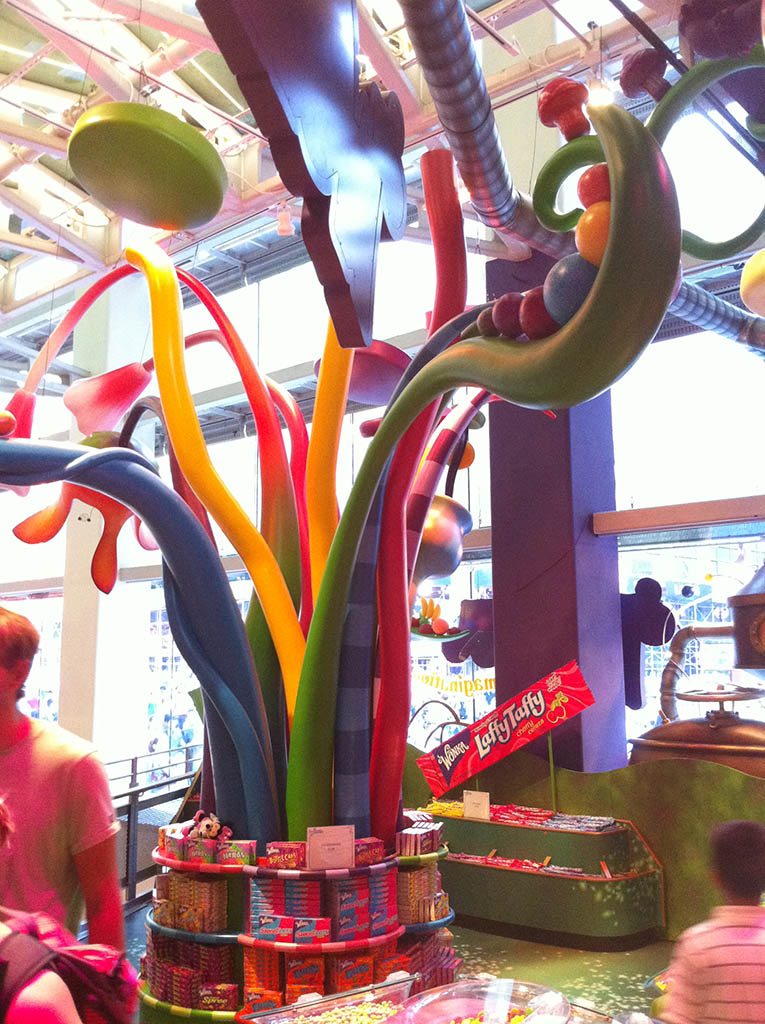 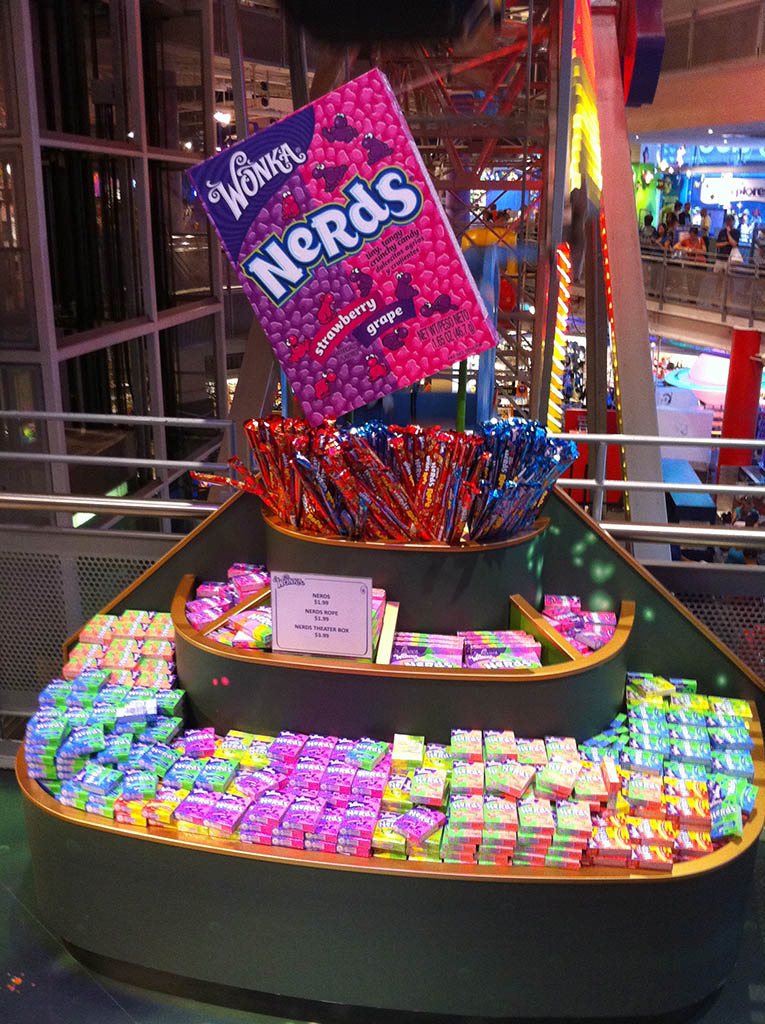 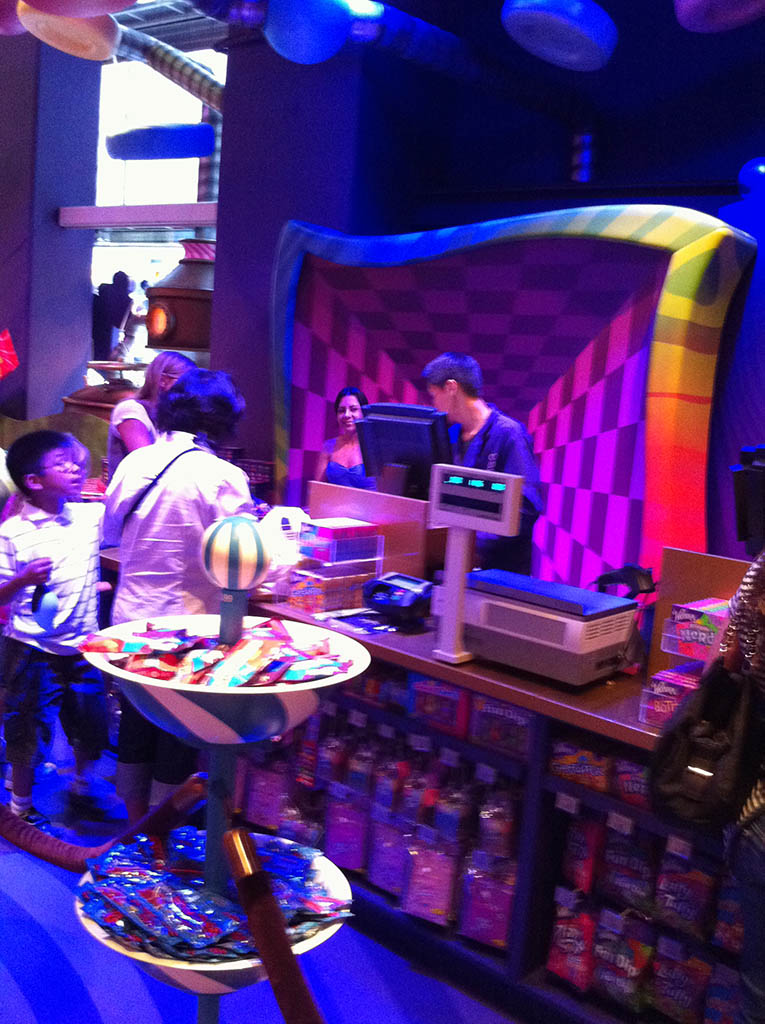 I had time for one other quick stop before my meeting, so I stepped into the strange and exotic world that is the Times Square Hello Kitty Store.   My visit was brief, and I walked out with these packs of gum: 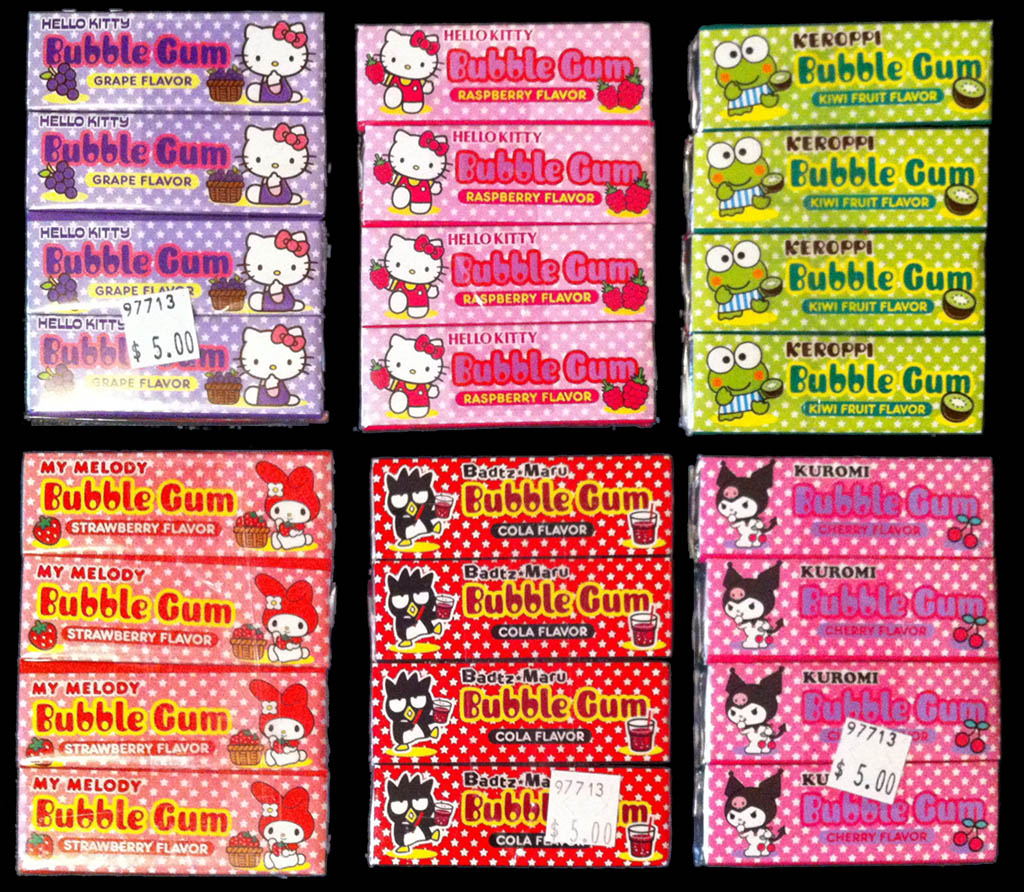 And that’s how I was able to kill 90 minutes in Times Square yesterday, CollectingCandy-style.

[Note:  The Times Square photos at the top of today’s post were not from yesterday – but were snapshots I’ve taken at different points over the last year or so.]

A New York City based writer, editor and sometimes actor. After spending much of the 1990′s in the comic book business helping tell the stories of Marvel Comics’ X-Men as series editor, he has since split his time between developing his own entertainment properties while still consulting and working on others. Having been described as “the Indiana Jones of lost and forgotten candy”, Jason is one of the country’s premier candy collectors and historians with his discoveries appearing in countless blogs, magazines, newspaper articles, and books. Always happy to share his knowledge and unique perspectives on this colorful part of our popular culture, Jason has consulted with New York’s Museum of Food and Drink and has also been a featured guest on Food Network’s Heavyweights, France’s M6 Capital, and New York’s TheActionRoom.com. My Google Profile+
View all posts by Jason Liebig →
This entry was posted in Novelty, Wonka and tagged candy collecting, candy collection, candy collector, candy wrapper collection, candy wrapper collector, collectible, collecting candy, confectionery, confections, New York candy, packaging, souvenir candy, sweets, Times Square, vintage candy wrapper, wrapper. Bookmark the permalink.