Wacky Wednesdays – Nothing! – The Wacky Package that Almost Wasn’t. 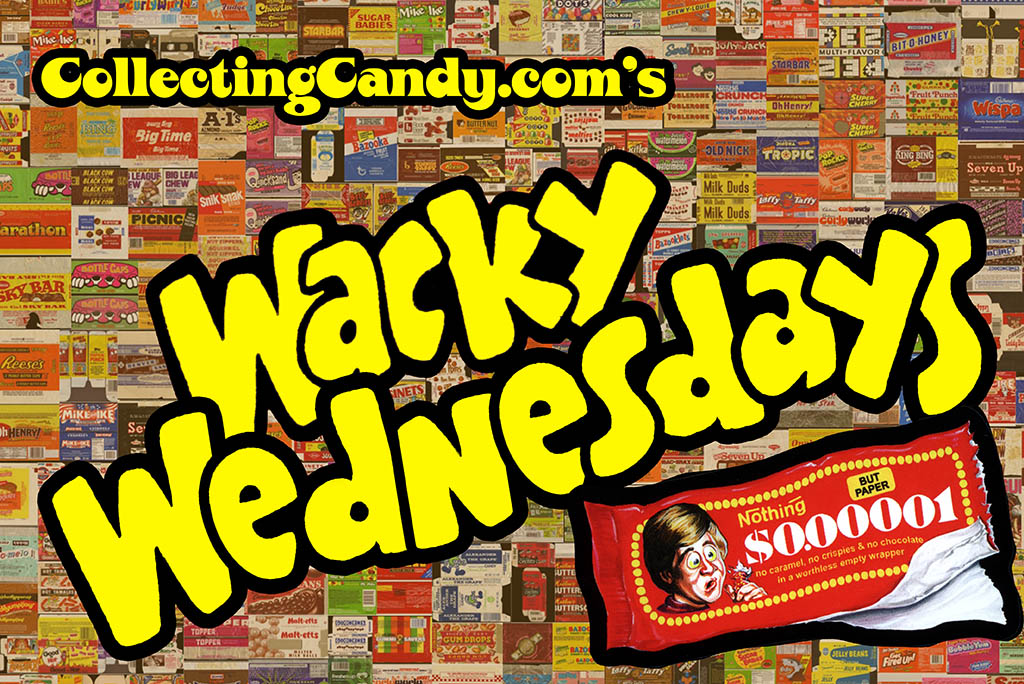 Today’s edition of Wacky Wednesdays is a bit of a departure from the previous entries, as I was personally involved in shaping the final look of this sticker.   From 2012’s Wacky Packages Old School Series 3 is a sticker I call “Nothing”, a parody of Nestle’s $100,000 bar.

As the intent is to parody products in their original 1970’s packaging styles, and thanks to my knowledge of that era’s packaging, David Gross called upon me personally to consult on the series releases.  Sometimes it would be to help him track down a 1970’s version of a package, or to make sure the versions he turned up were era-appropriate.  It was in this function that I helped shape the development of the Wacky Packages Old School Nothing sticker.

In November 2011, David sent me an e-mail containing a few images for the upcoming Old School series, to get my feedback on them.  It so happened that my girlfriend and I were vacationing in the UK at the time and that particular evening we were staying in a hotel room above a pub in Oxford.

Relaxing after a long day of sight-seeing, and finally figuring out how to access the intermittent wifi signal available in the room, I checked in with my iPad and saw an unexpected e-mail from David.  I opened it and one of the images he sent immediately jumped out at me.  This was the one:

The 1970’s $100,000 bar wrapper is one of my all-time favorites from the era, so I knew that this one was wrong.  Before falling asleep, I hurriedly tapped out a note to David explaining the problem with the design used for the sticker.  The 1970’s version, as I pointed out, included a photo of a kid among other elements.  This version was an early 80’s wrapper.

Dave explained that the wrapper reference he used was credited as the 1970’s, but I assured him that the person who labeled it as such was mistaken.   This was the wrapper he saw:

I knew that the style he used could only have been released no earlier than 1980 – outside of his parameters for inclusion in the series.  I’d seen a 1979 wrapper, and it matched the kid-version ones that preceded it.   Even though I was in a hotel room in the UK, far away from my collection, I was able to provide David with an image of a 1970’s wrapper, as it was stored on my Flickr pages (thanks, Internet!).

Dave thanked me for spotting the problem and explained that he was running up to his deadline for the series  In spite of his lack of time, he would attempt to alter the art to match the era-appropriate wrapper I sent.  This was what I e-mailed him:

Dave squeezed in the extra work and made the necessary changes to match the 1970’s wrapper and this is how it looked when it was released: 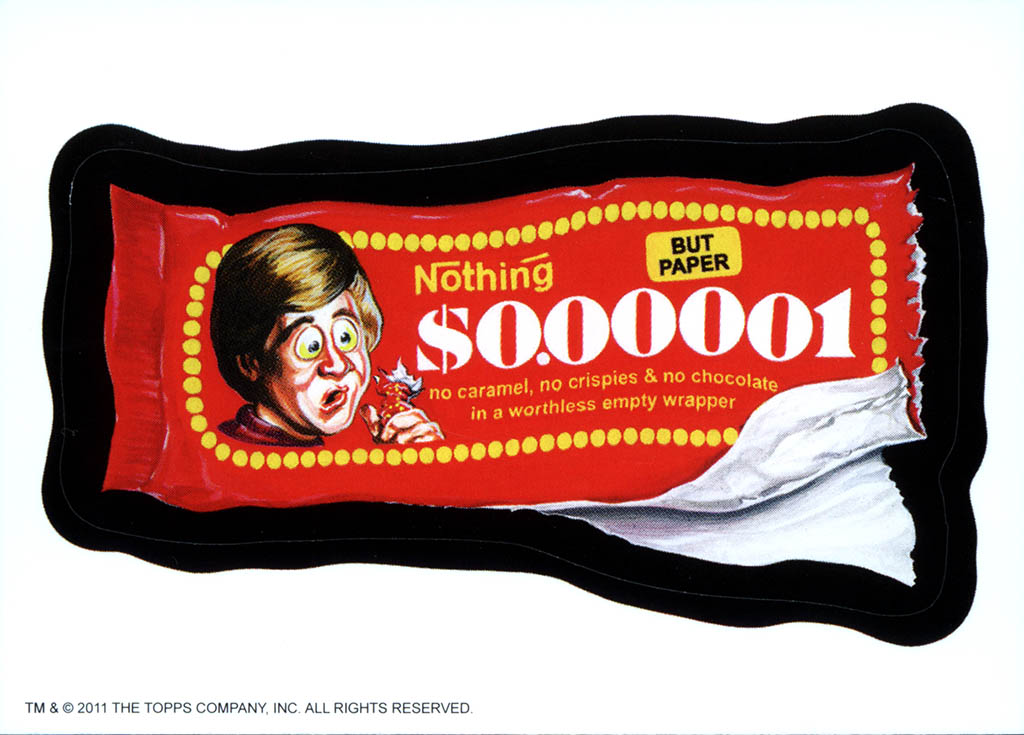 I think that one turned out quite wonderfully, and any time you get to include a wacky character is always good for a Wacky Packages sticker.

One final bit of trivia about this story.  The art for the Old School 3 wrappers had already been sent to the printer before David and I realized there was an issue with this sticker.  It was too late to make a change on the wrapper, and they were printed with the original design.  Here it is: 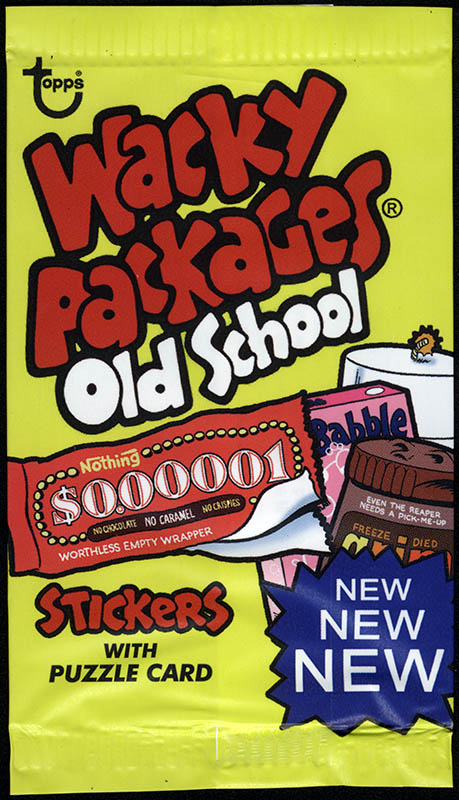 And that’s everything for today’s edition of Wacky Wednesdays.  I hope you enjoyed this behind-the-scenes tale of how this one came together.  See you next time!

A New York City based writer, editor and sometimes actor. After spending much of the 1990′s in the comic book business helping tell the stories of Marvel Comics’ X-Men as series editor, he has since split his time between developing his own entertainment properties while still consulting and working on others. Having been described as “the Indiana Jones of lost and forgotten candy”, Jason is one of the country’s premier candy collectors and historians with his discoveries appearing in countless blogs, magazines, newspaper articles, and books. Always happy to share his knowledge and unique perspectives on this colorful part of our popular culture, Jason has consulted with New York’s Museum of Food and Drink and has also been a featured guest on Food Network’s Heavyweights, France’s M6 Capital, and New York’s TheActionRoom.com. My Google Profile+
View all posts by Jason Liebig →
This entry was posted in 1970's, Topps, Uncategorized, Wacky Packages and tagged 1970's candy, 70's candy, candy collecting, candy collection, candy collector, candy wrapper collection, candy wrapper collector, collectible, collecting candy, confectionery, confections, packaging, parody stickers, stickers, sweets, Topps, vintage candy wrapper, Wacky Packages, Wacky Packs, wrapper. Bookmark the permalink.