A Quick Taste of Counter-Culture Candy — Or When Social Movements Become Tasty Treats! 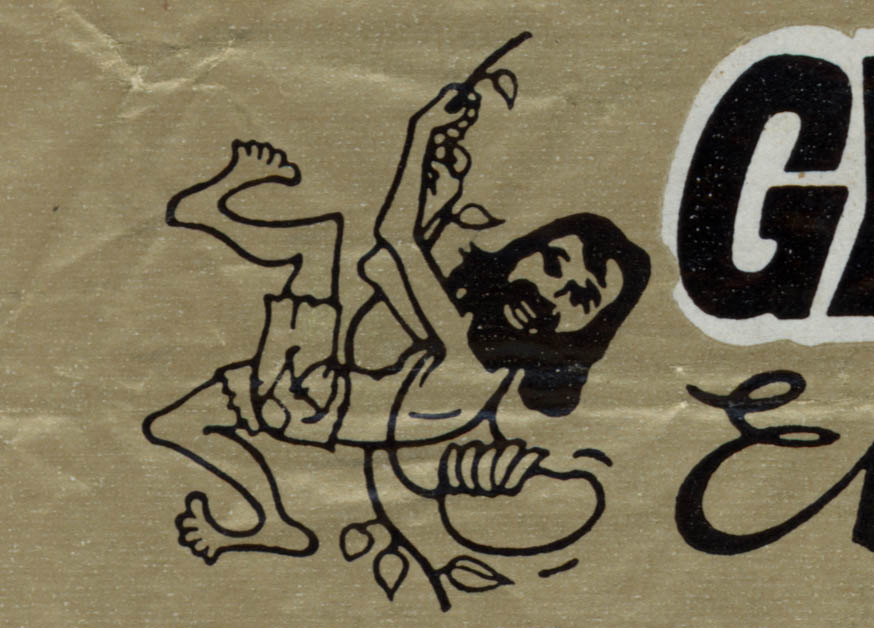 I wanted to share something quick and fun today, so I came up with two pieces that reflect the counter-culture movement of the 60’s and 70’s, albeit in a small way.

First up is something from the makers of Smarties (the USA sugar tablet version, not the M&M-like Smarties available everywhere else on the globe).  We all know candy necklaces and in 1970’s the Ce De Candy Company offered up these groovy “Candy Love Beads”:

Yes, you could indeed be a cool cat with your candy necklace in 1970.  I’m sure the Haight-Ashbury crowd would have enjoyed love beads they could eat.  Seriously.

The other piece I have for today is an odd one, and it’s where today’s wonderful little shirtless mascot originates from.  Feast your eyes on Gypsy Boots:

Sure, it’s as much energy/health food bar as it is a candy bar, but that’s fine.  It’s still awesome, and awesomely weird.

It’s always interesting when a cultural or societal movement eventually becomes a way to market products, especially products for kids, like candy.  It eventually happened with the counter-culture of the 60’s and 70’s with things like Ce De’s Love Beads (though Gypsy Boots was authentically produced by one of the very first health-food enthusiasts).   Tick forward a bit more, and you’ll find that the Punk Rock movement became very marketed, along with skateboarding, rap and hip-hop, and so much more.  Just about any social movement or trend can and will eventually become used to market products.   Which isn’t to say it’s a bad thing, because that’s sort of how our consumer culture operates, but I find it fascinating and fun.

One last fun bit for today… a perfect example of the punk rock movement being altered and used to market a candy product.  Here is one of my favorite 1980’s candy pieces – a box for Willy Wonka’s Punkys: 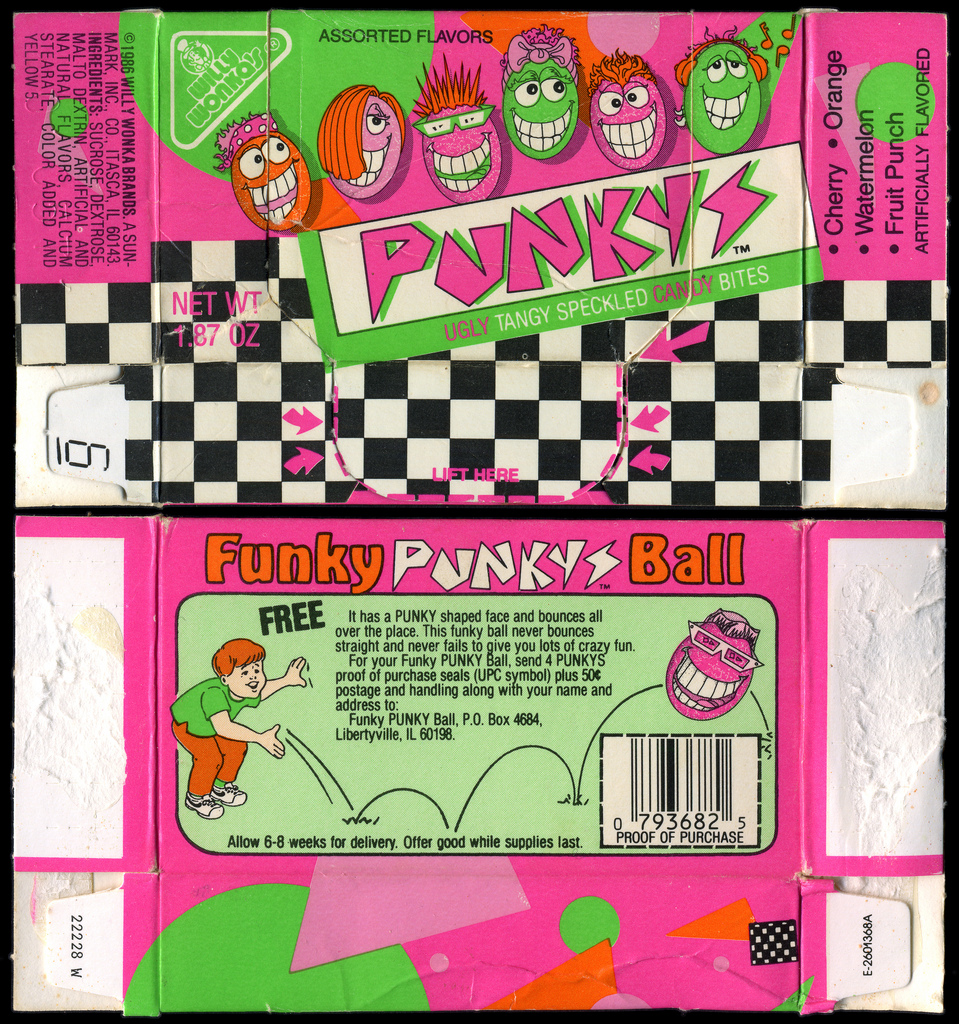 I hope my gum-collecting pal (and punk rock pioneer) Jeff Nelson will appreciate that one.

And that’s all for today.  Thanks for dropping in!

By the way – still working on that “whopper” of a feature-length piece for this week, but it’s not quite done.   It’s turning out to be a bit more research and time-intensive than I had planned.  But all in the service of coming up with something really cool.  Sorry for the delay but stay tuned.

A New York City based writer, editor and sometimes actor. After spending much of the 1990′s in the comic book business helping tell the stories of Marvel Comics’ X-Men as series editor, he has since split his time between developing his own entertainment properties while still consulting and working on others. Having been described as “the Indiana Jones of lost and forgotten candy”, Jason is one of the country’s premier candy collectors and historians with his discoveries appearing in countless blogs, magazines, newspaper articles, and books. Always happy to share his knowledge and unique perspectives on this colorful part of our popular culture, Jason has consulted with New York’s Museum of Food and Drink and has also been a featured guest on Food Network’s Heavyweights, France’s M6 Capital, and New York’s TheActionRoom.com. My Google Profile+
View all posts by Jason Liebig →
This entry was posted in 1960's, 1970's, 1980's, Wonka and tagged 1960's candy, 1970's candy, 1970's candy wrappers, 1980's candy, 60's candy, 70's candy, 80's candy, candy candy wrapper collection, candy collecting, candy collection, candy collector, candy mascots, candy wrapper collecting, collecting candy, collecting candy wrappers, counter-culture, old candy wrappers, vintage candy, vintage candy box, vintage candy boxes, vintage candy wrapers, Willy Wonka candy. Bookmark the permalink.

2 Responses to A Quick Taste of Counter-Culture Candy — Or When Social Movements Become Tasty Treats!