These days, the idea of a short-run licensed candy bar or candy bar tie-in with a film or television show is not all that uncommon.   In the 1970’s it was all-but-unheard of, at least in this country.  In the UK however, they’ve been creating limited run licensed candy tie-ins since the 1960’s.

I think this is at least partly to do with the fact that in the United Kingdom, unlike the United States, saving and collecting wrappers was not so uncommon.    Knowing that folks might try to collect a set of wrappers, the manufacturers came up with ways to feed that mindset.

Without speculating on the how’s and why’s of our similar-but-different culture and pop-culture habits, I’ll cut right to it.  This week I have finally managed to assemble a near-complete wrapper set of one of these short-run licensed candy bar releases; the one created from the characters of Disney’s Jungle Book.

Unfortunately, I’m still missing the wrapper featuring “The Vultures”, but I can finally lay a claim the other five.  And here they are: 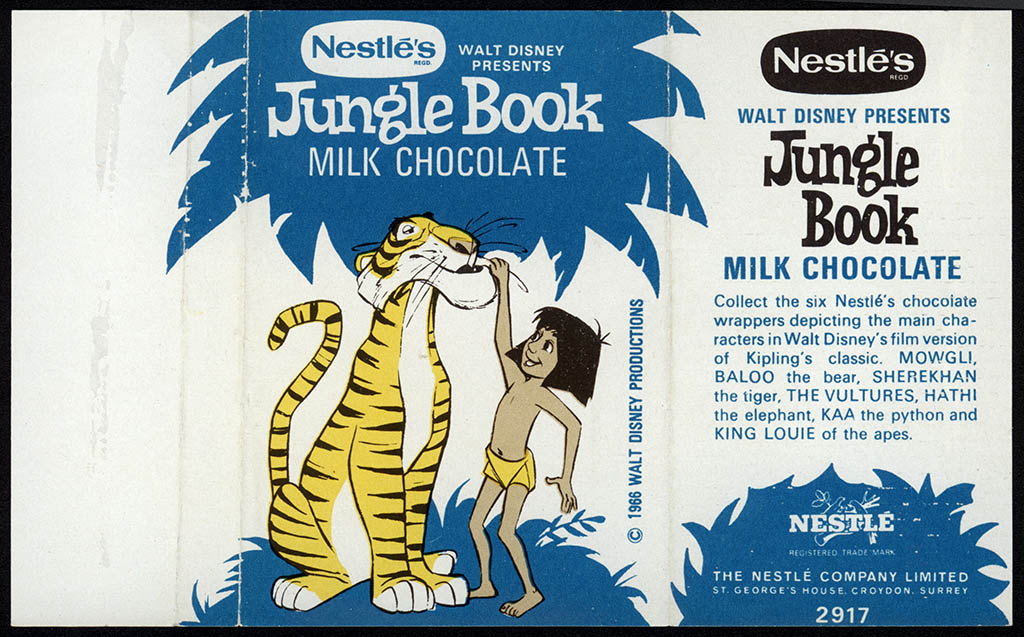 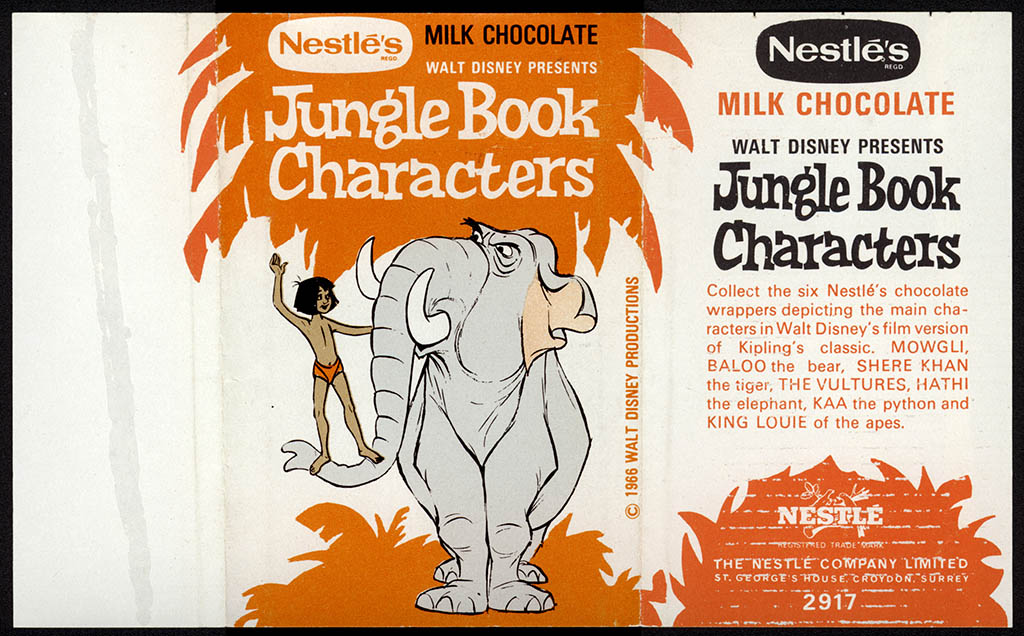 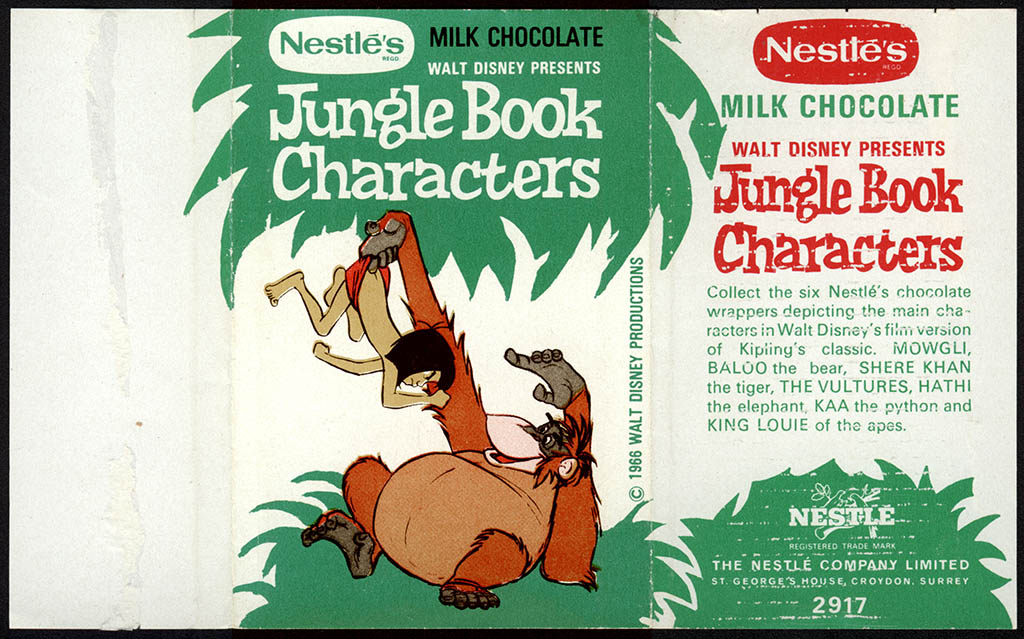 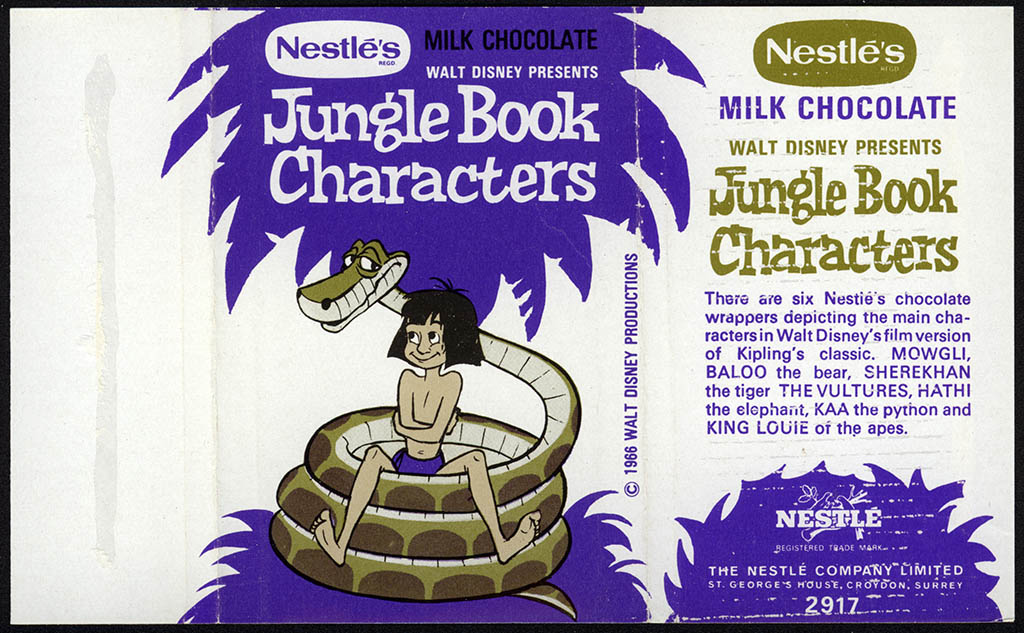 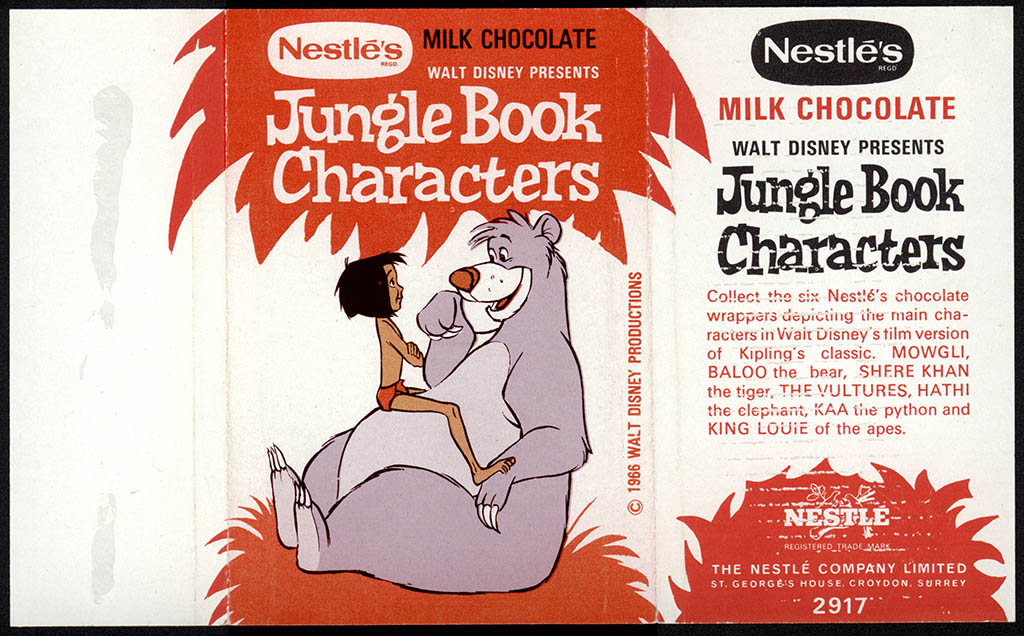 So my search to complete this set will continue until I find that Vultures wrapper.

There have been many films and television shows that were given the limited run chocolate bar treatment over the years in the UK.   There have been some pretty neat ones, and I’ll be covering more of them in future posts here.

I would like to share one more similar wrapper today, though.  This is from another Nestle series licensed from a Disney property.  I only have one wrapper from this set, though I think I’ve got what is the coolest one from this particular series – the title character; Robin Hood: 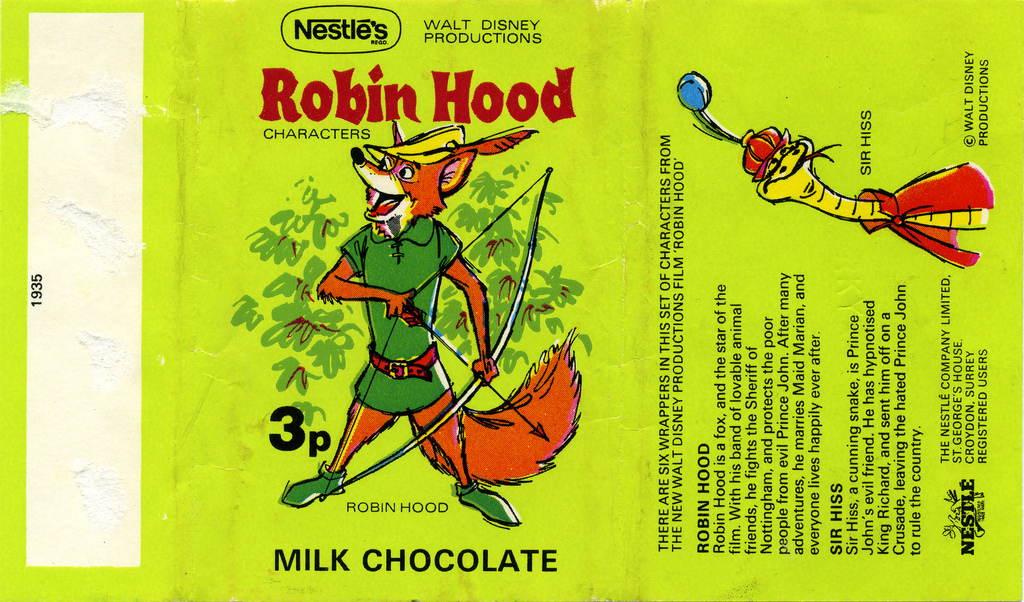 And that’s all for today.  Happy Father’s Day everyone!

A New York City based writer, editor and sometimes actor. After spending much of the 1990′s in the comic book business helping tell the stories of Marvel Comics’ X-Men as series editor, he has since split his time between developing his own entertainment properties while still consulting and working on others. Having been described as “the Indiana Jones of lost and forgotten candy”, Jason is one of the country’s premier candy collectors and historians with his discoveries appearing in countless blogs, magazines, newspaper articles, and books. Always happy to share his knowledge and unique perspectives on this colorful part of our popular culture, Jason has consulted with New York’s Museum of Food and Drink and has also been a featured guest on Food Network’s Heavyweights, France’s M6 Capital, and New York’s TheActionRoom.com. My Google Profile+
View all posts by Jason Liebig →
This entry was posted in 1960's, 1970's, British, Chocolate and tagged 1960's, 1970's, 60's, 70's, animation, antique, candy collecting, candy collection, candy wrapper collection, candy wrapper collector, chocolate, collectibles, collecting candy, confection, confectionery, Disney, ephemera, Jungle Book, sweets, vintage. Bookmark the permalink.