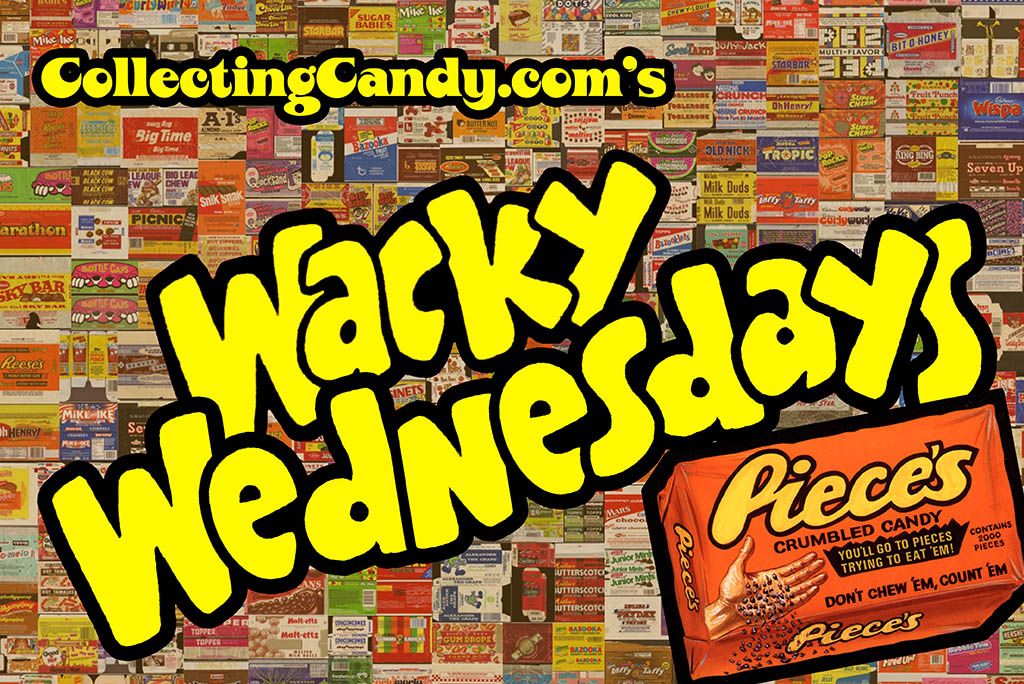 After yesterday’s article on the 30th Anniversary of E.T., and the subsequent coverage of Reese’s Pieces, it seemed like the perfect opportunity to cover one of the most prescient Wacky Packages stickers ever; a parody of Reese’s Peanut Butter Cups called – you guessed it – Pieces.

Released in 1974’s original Wacky Packages series 12, Piece’s predated the introduction of Reese’s Pieces candy by four years.   Reese’s Pieces would become a huge success, and of course were not the “crumbled candy” presented in the Piece’s parody.  Even so, it’s fun to think that the Wacky folks had the idea first.

Here’s the parody sticker, as it originally appeared: 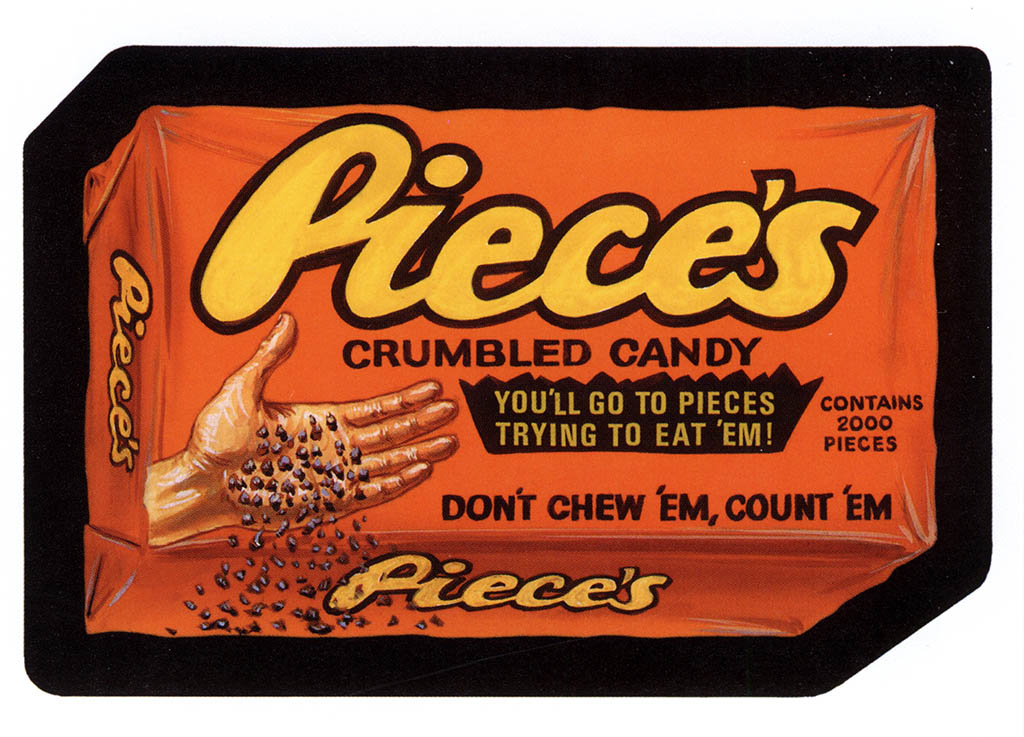 And here is an early 70’s Reese’s Peanut Butter Cups wrapper I have that matches up well with and was likely the style originally parodied: 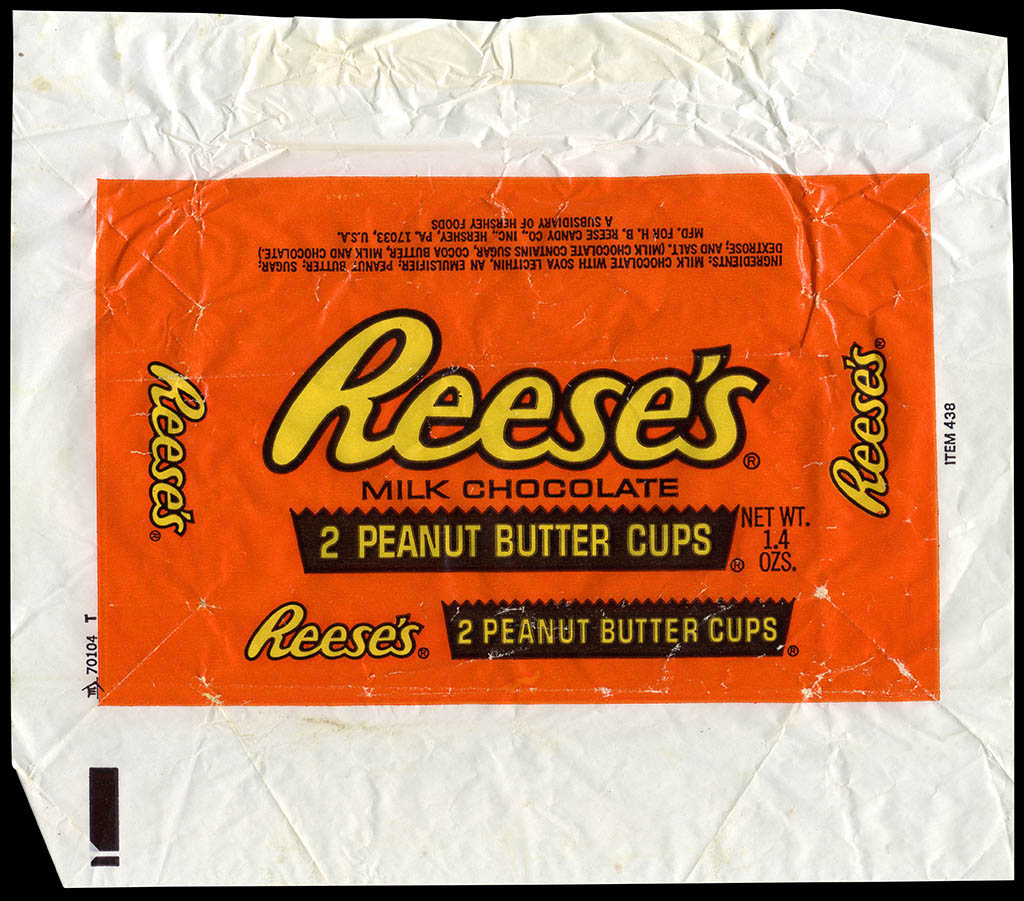 And that’s all I’ve got to say about this classic 1970’s Wacky Packages parody and its original subject.  Thanks for dropping in on this week’s edition of Wacky Wednesdays.  See you next time!

A New York City based writer, editor and sometimes actor. After spending much of the 1990′s in the comic book business helping tell the stories of Marvel Comics’ X-Men as series editor, he has since split his time between developing his own entertainment properties while still consulting and working on others. Having been described as “the Indiana Jones of lost and forgotten candy”, Jason is one of the country’s premier candy collectors and historians with his discoveries appearing in countless blogs, magazines, newspaper articles, and books. Always happy to share his knowledge and unique perspectives on this colorful part of our popular culture, Jason has consulted with New York’s Museum of Food and Drink and has also been a featured guest on Food Network’s Heavyweights, France’s M6 Capital, and New York’s TheActionRoom.com. My Google Profile+
View all posts by Jason Liebig →
This entry was posted in 1970's, Chocolate, Hershey, Peanut Butter, Topps, Wacky Packages and tagged 1970's, 70's, candy, candy collecting, candy collection, candy wrapper collecting, candy wrapper collector, collecting, collecting candy, collection, confectionery, nostalgia, packaging, parody, Reese's, Reese's wrapper, retro, sticker, sweets, vintage, vintage candy wrappers, Wackies, Wacky Packages, Wacky Packs, Wacky stickers. Bookmark the permalink.