Hershey’s Desert and Tropical Bars – In Honor of Memorial Day

Just returned from a whirlwind three-day trip to see family and attend related events back in my home state of Nebraska.  I hope to get back up to speed fast, and deliver some great bits of CollectingCandy.com fun this week.  For today’s post however, the topic is a bit more somber, as it is one somewhat related to today’s holiday of remembrance; Memorial Day.

Back in 1943, the Army approached the Hershey company with a request that they develop a chocolate bar that wouldn’t melt, for use in rations of soldiers serving in hotter climates.  Hershey did so, and according to the Hershey Community Archives, they produced nearly 380 million of the bars for the U.S. Military before the end of World War II.

With just over 13 million men and women serving across the three branches of the U.S. military during World War II (not to mention non-military support personnel), that comes out to about 30 bars each.  That’s a lot of chocolate, though I suspect many were given out to children of war-torn countries as goodwill measures.

That first hot weather bar would come to be called Hershey’s Tropical Chocolate, as it could be carried in tropical climates without melting, and it would eventually be sold to consumers around the world.

I have a 1960’s example of Hershey’s Tropical Chocolate in my collection which you can see here: 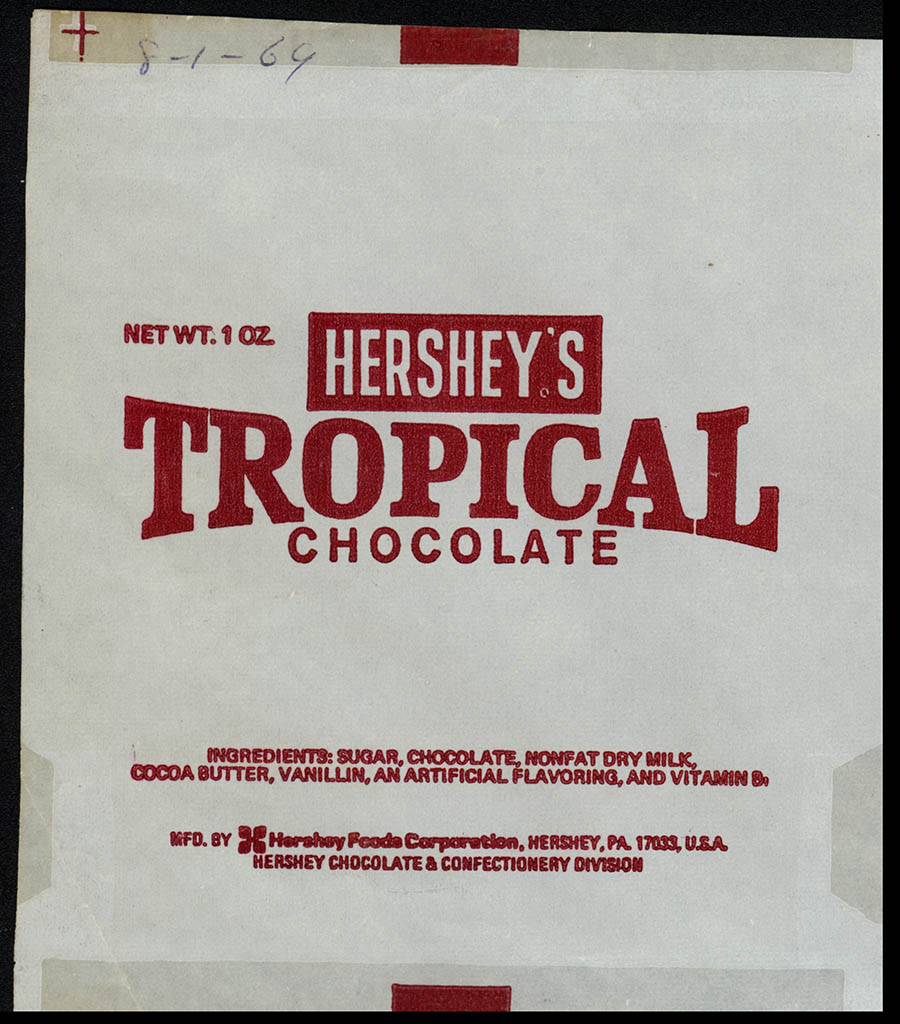 During the Desert Storm operation of 1990, Hershey once again provided a hot weather chocolate bar for U.S. Troops, and for a year after that conflict it was available to consumers as Hershey’s Desert Bar: 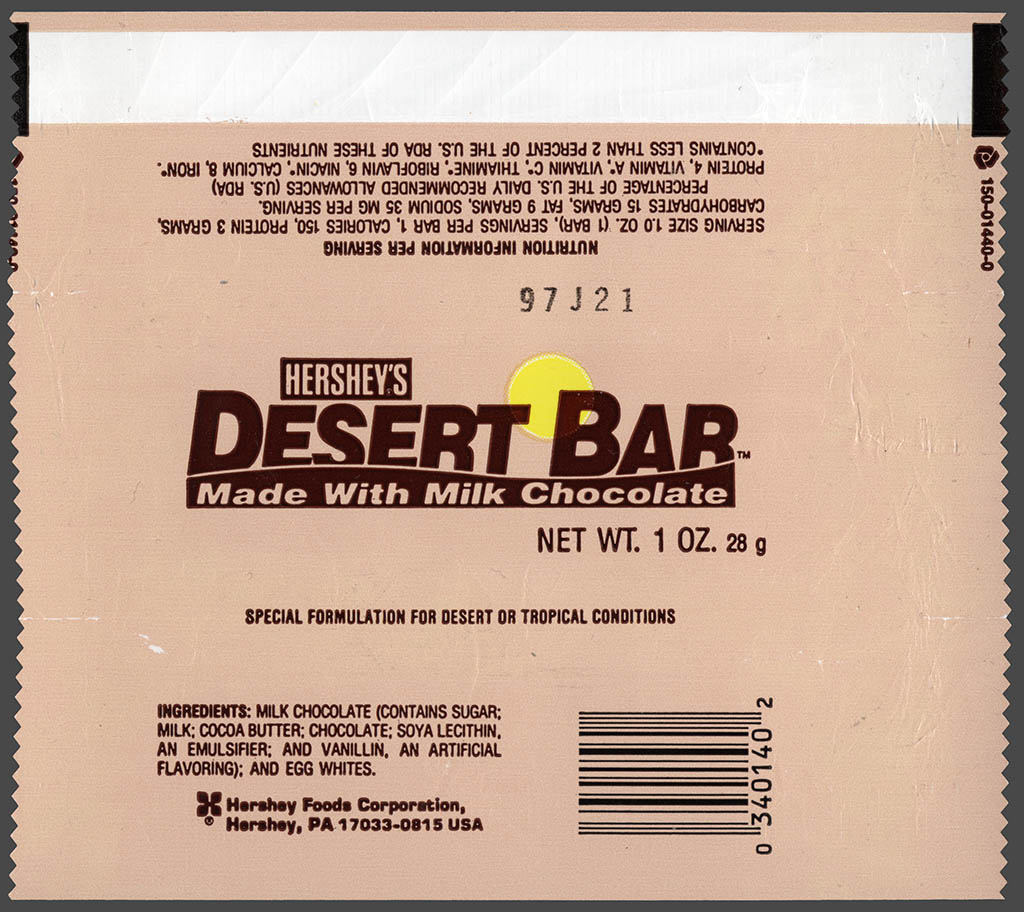 Based on the ingredients list, the Desert Bar may have been an only slightly-tweaked Tropical Bar, a Hershey product that had been serving soldiers for decades.  The Desert bar was retired by 1992, and I’ve found no evidence that an equivalent confection has been produced for soldiers by Hershey since.

Though war is never a trivial thing, I’d like to think that at times since their introduction, the sight of a chocolate bar brought moments of peace or enjoyment to soldiers and civilians in unfortunate situations.   To the men and women serving around the world – I would like to thank you for your service, and for those that have been lost, your sacrifices are remembered.

That’s it for today.  I hope everyone has been enjoying their weekends, and spending quality time with loved ones.  See you back here tomorrow!

A New York City based writer, editor and sometimes actor. After spending much of the 1990′s in the comic book business helping tell the stories of Marvel Comics’ X-Men as series editor, he has since split his time between developing his own entertainment properties while still consulting and working on others. Having been described as “the Indiana Jones of lost and forgotten candy”, Jason is one of the country’s premier candy collectors and historians with his discoveries appearing in countless blogs, magazines, newspaper articles, and books. Always happy to share his knowledge and unique perspectives on this colorful part of our popular culture, Jason has consulted with New York’s Museum of Food and Drink and has also been a featured guest on Food Network’s Heavyweights, France’s M6 Capital, and New York’s TheActionRoom.com. My Google Profile+
View all posts by Jason Liebig →
This entry was posted in 1960's, 1990's, Chocolate, Hershey, Uncategorized and tagged candy, chocolate, collectible, collecting, collector, Hershey, military, packaging, soldiers, sweets, vintage, vintage candy packaging, war. Bookmark the permalink.