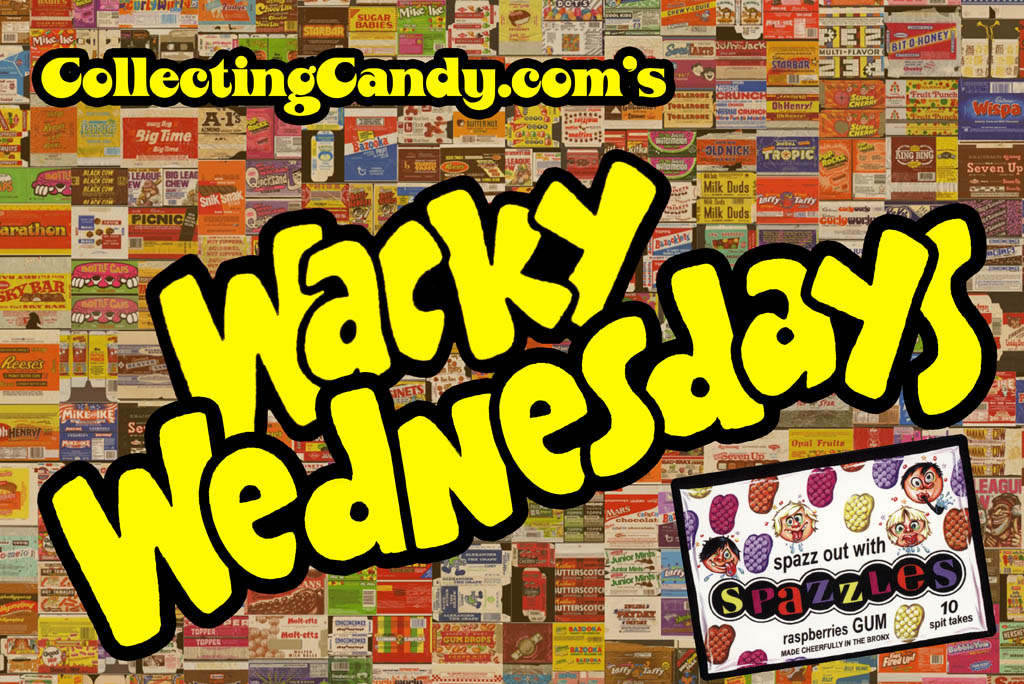 When Wacky Packages Old School first launched back in 2010, I was pretty excited about it.  A new series parodying the products of the 1970’s that the original Wacky Packages series never covered – how could I not love it? I was not disappointed.

That first series gave me one of my favorite Old School Wacky Packages stickers thus far, the one which parodies the first style of Fleer’s Razzles packaging – Spazzles. 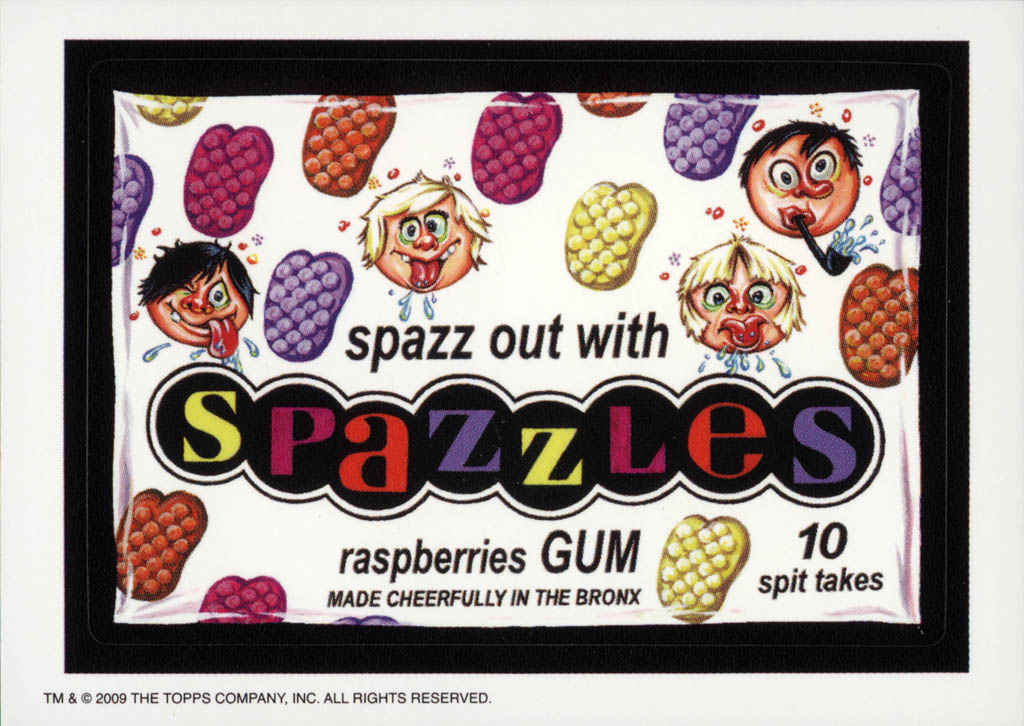 I’m still not sure what the “made cheerfully in the Bronx” joke is, but the rest of it seems pretty straightforward.  This would appear to parody the Fleer Razzles style pack from 1974, when the “10 Pieces” was added to the Razzles packs.  Here is an example from my collection of a 1973 Razzles pack: 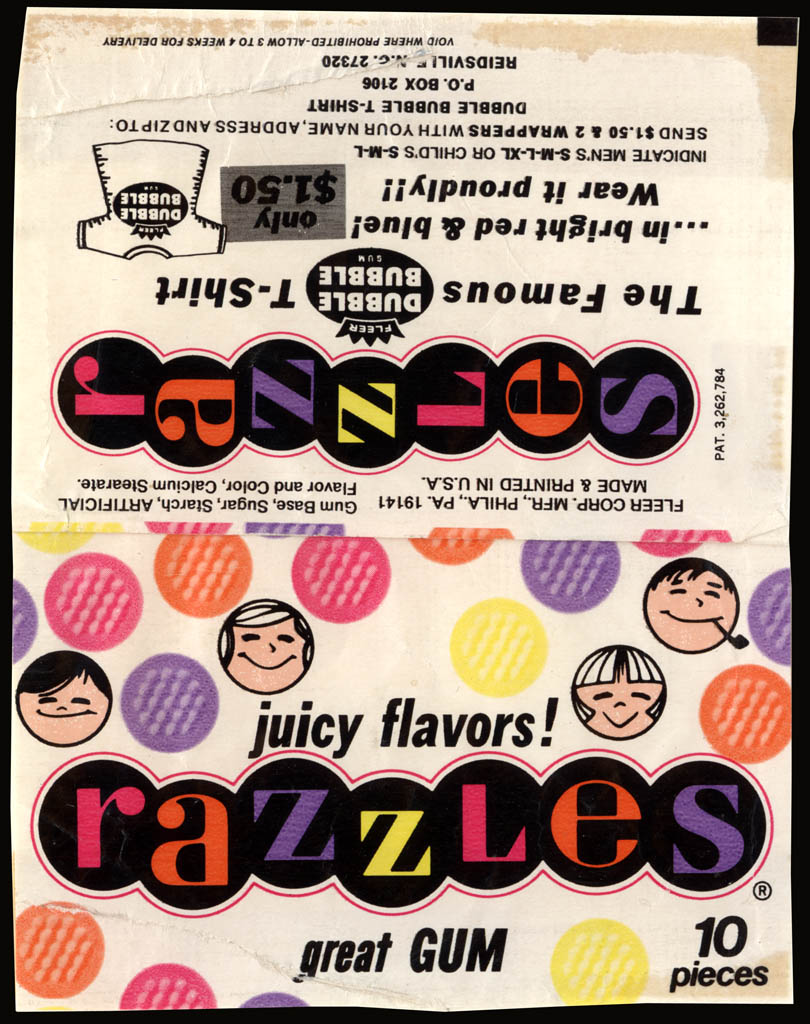 I do want to share one more image, as I recently added an unopened 1972 Razzles pack to my collection – a very cool piece, and one worth sharing.  The giveaway that Spazzles is not parodying this earlier pack is the lack of the “10-pieces/10 Spit Takes” area on the earlier version of the packaging: 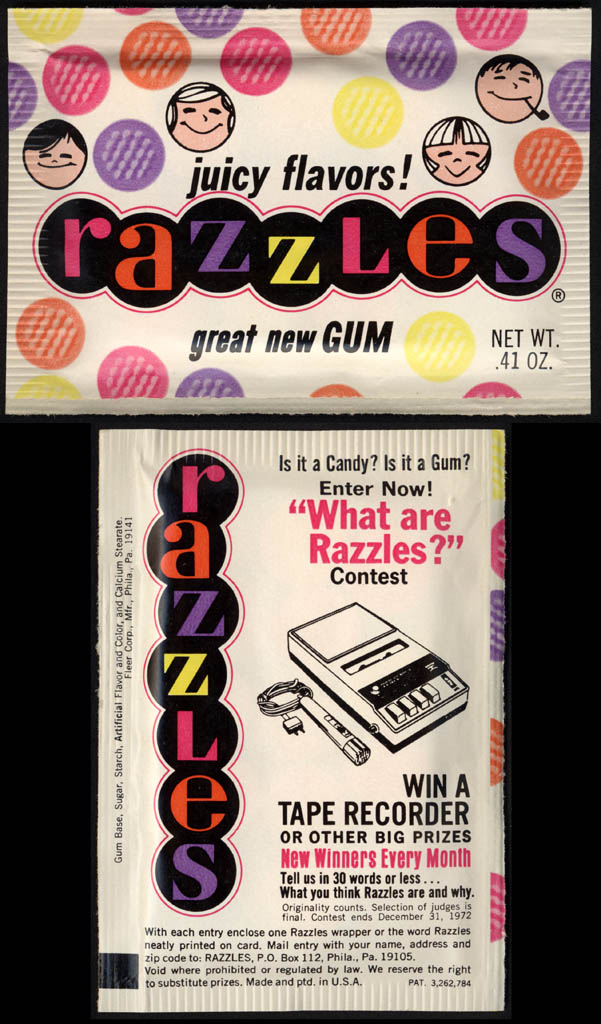 And that’s everything for today’s edition of Wacky Wednesdays.   Stop back by tomorrow for my coverage of some of the cool releases that Clark gave consumers in the late 70’s.

A New York City based writer, editor and sometimes actor. After spending much of the 1990′s in the comic book business helping tell the stories of Marvel Comics’ X-Men as series editor, he has since split his time between developing his own entertainment properties while still consulting and working on others. Having been described as “the Indiana Jones of lost and forgotten candy”, Jason is one of the country’s premier candy collectors and historians with his discoveries appearing in countless blogs, magazines, newspaper articles, and books. Always happy to share his knowledge and unique perspectives on this colorful part of our popular culture, Jason has consulted with New York’s Museum of Food and Drink and has also been a featured guest on Food Network’s Heavyweights, France’s M6 Capital, and New York’s TheActionRoom.com. My Google Profile+
View all posts by Jason Liebig →
This entry was posted in 1970's, Fleer, Gum, Topps, Uncategorized, Wacky Packages and tagged 1970's, 70's, candy, collectible, collection, Fleer, gum, packaging, parody, retro, sticker, Topps, vintage, Wackies, Wackkys, Wacky Packages, Wacky Packs. Bookmark the permalink.