It’s May, and we are slowly working our way to the hot summer months.  And really, after an afternoon of frolicking outdoors, who doesn’t enjoy a fresh-from-the-fridge Reese’s Peanut Butter Cup, or something similar?

Throwing candy bars in the freezer is something that when I first did it, or first heard about doing it, I thought it was a new invention.  I was wrong of course, and it turns out that candy bars and your freezer have been friends for a very long time.

As you can see, the M&M/Mars company marketed the idea of putting their candy bars in the freezer, likely as a way to extend sales through the hot summer months.   They weren’t the only ones.  It was not uncommon for candy bar manufacturers to highlight the benefits of chilled candy bars.  It may be hard to imagine these days, but only a few decades ago, it was much harder to transport and store chocolate bars for a good part of the year.  Now, it’s not so much a necessity as it is just a way to make special variation of a favorite treat.

I found this wrapper in the last couple of years, showing that M&M/Mars still appreciates the value of chilling a candy bar: 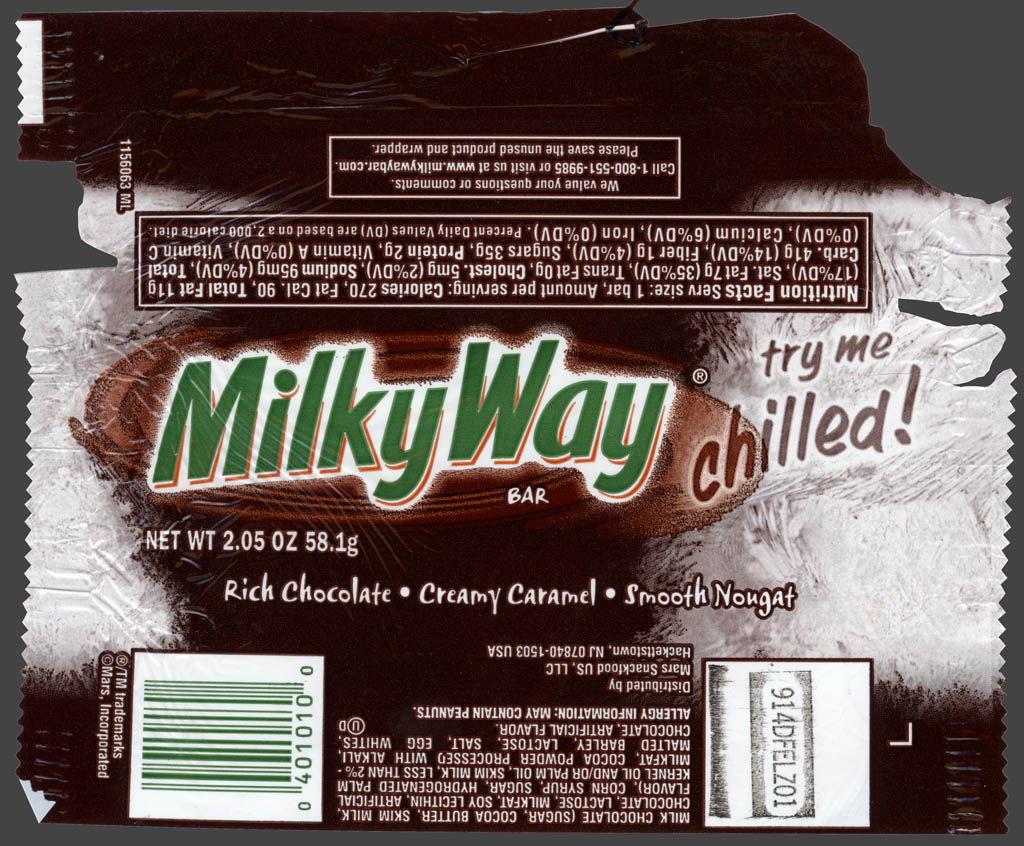 And just to keep the Milky Way theme, here’s a wrapper for an actual ice cream bar – these were sold in the shape of an actual Milky Way: 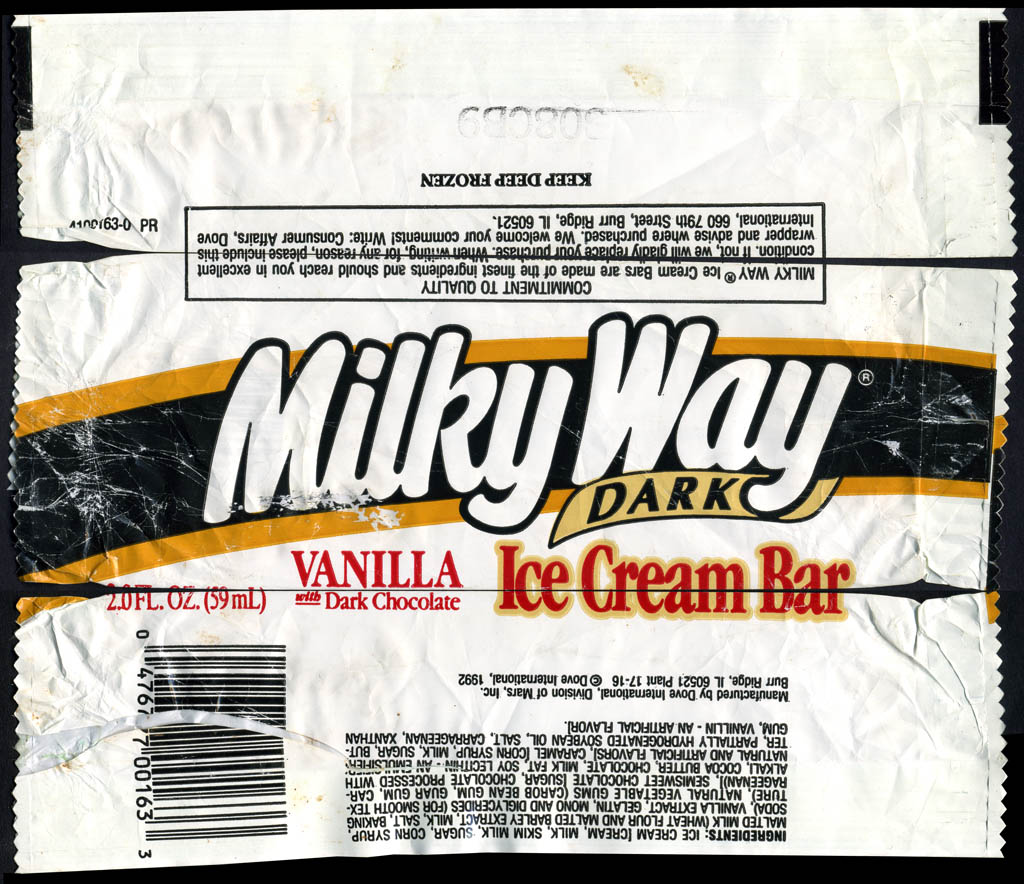 Lest we forget that Europeans enjoy ice cream, here’s a wrapper for a Mars ice cream bar I picked up, along with a group of other recent Mars bar packaging: 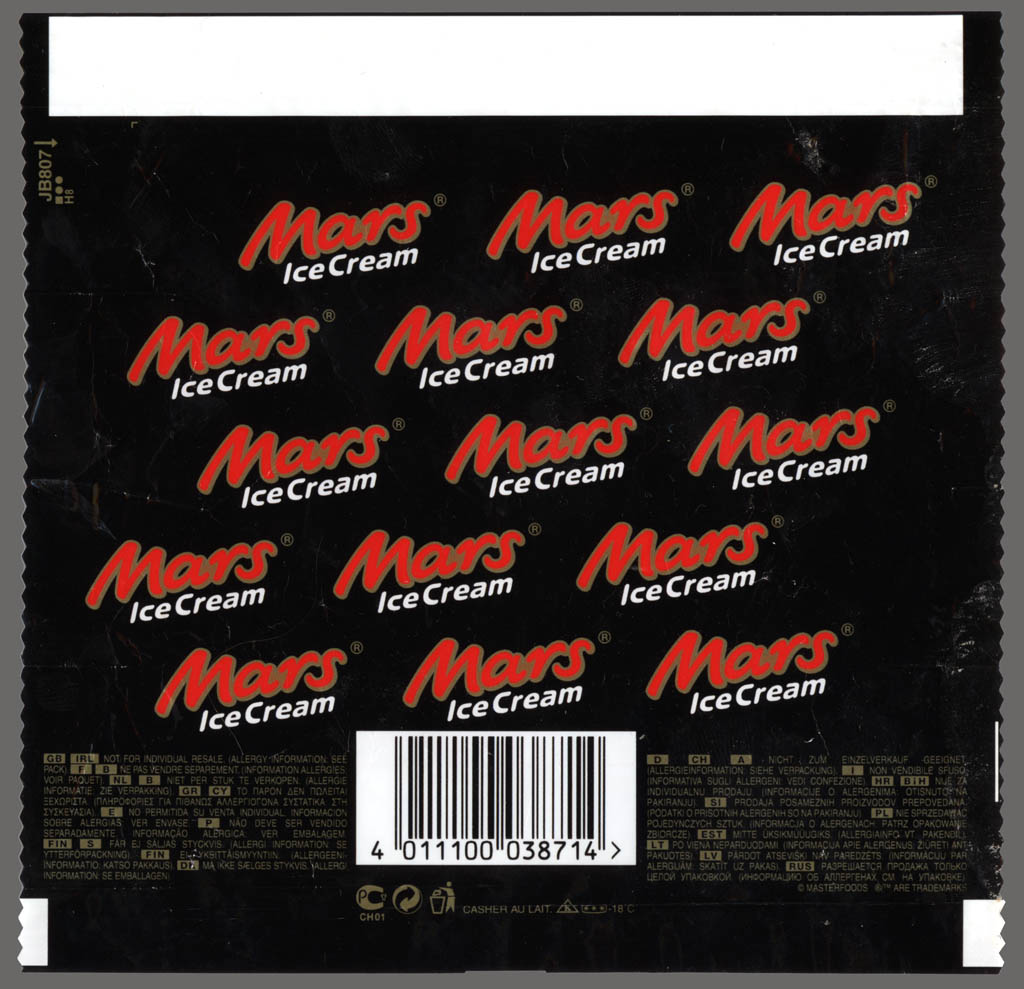 Unlike the ice cream bars offered by the M&M/Mars company, other frozen treats have used candy bar names but been sold in traditional ice cream bar shapes.  Here’s a vintage wrapper that is a bit of a classic, and one that I remember enjoying as a kid: 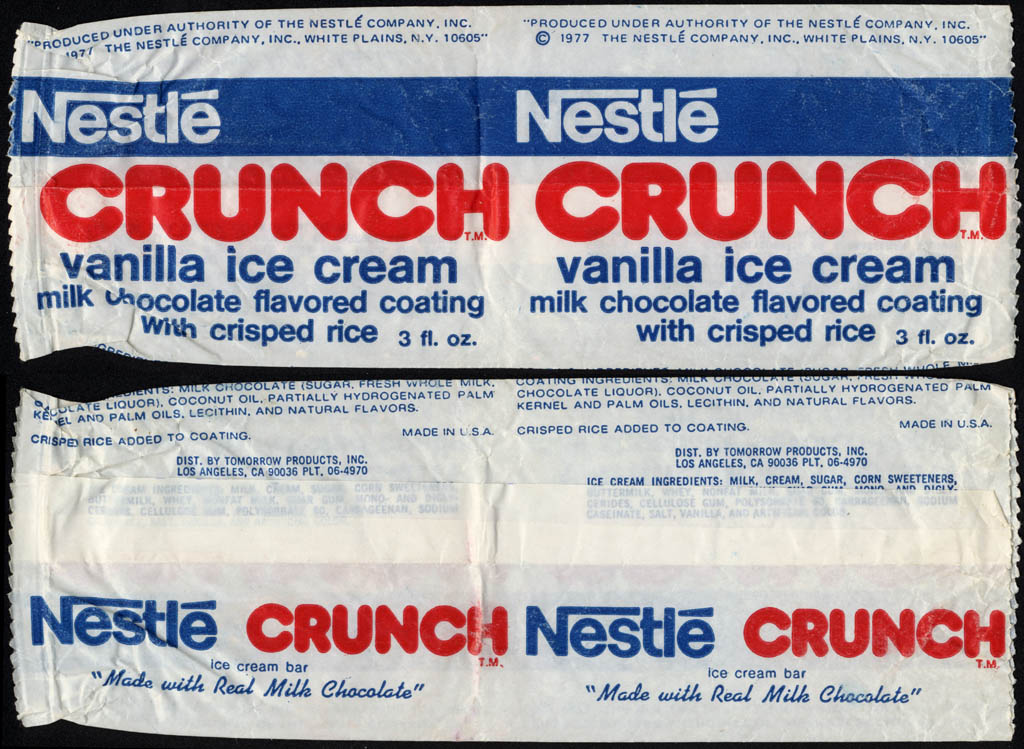 Heath is another candy bar that has long been a frozen isle staple: 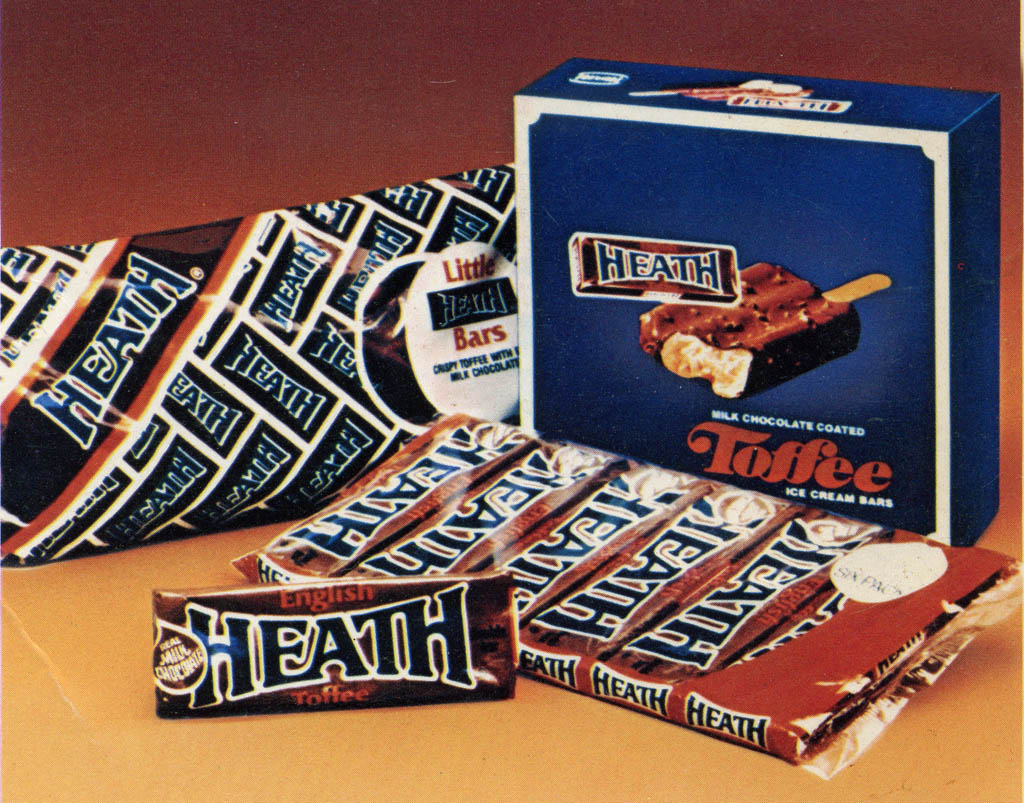 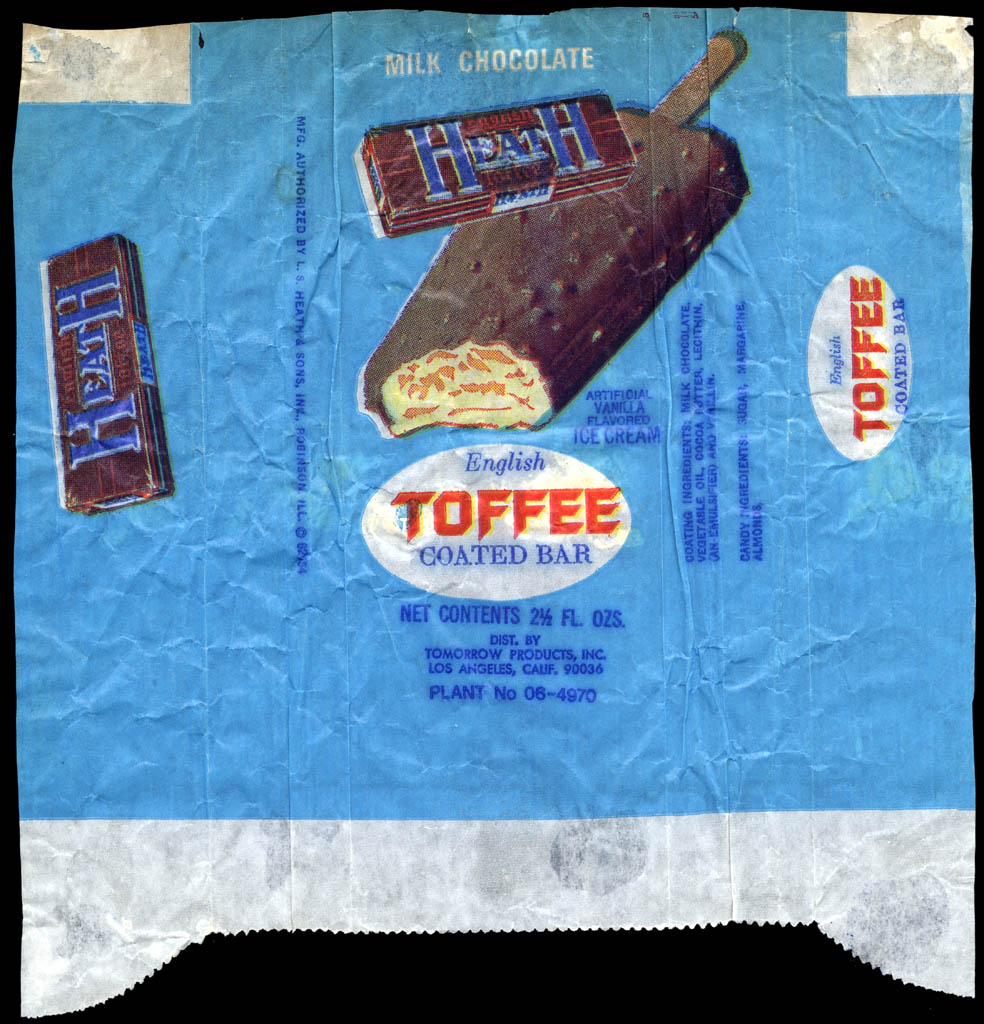 While Heath and Nestle Crunch frozen treats may be long-standing classics in the ice cream isle, here are a few that you may not remember.  These certainly came as surprises to me, and due to their obscure nature, I’ve found them to be especially appealing pieces of vintage confectionery packaging. 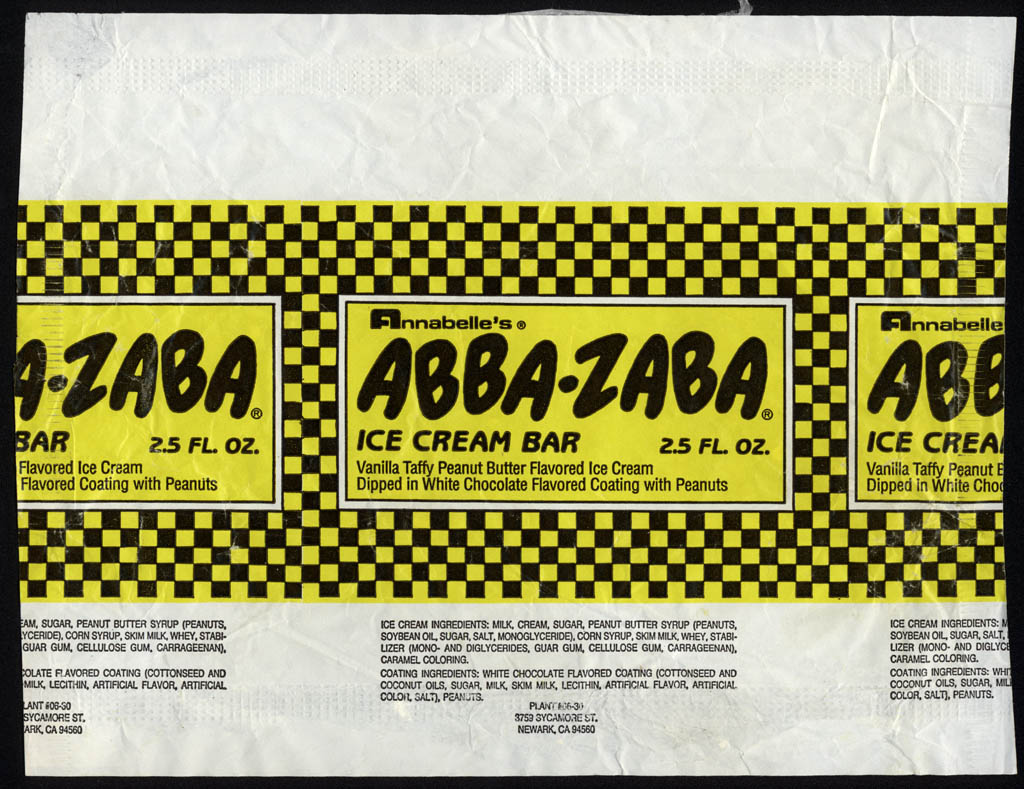 That’s the only Abba-Zaba ice cream bar wrapper I’ve ever come across.   Similarly unusual are a pair of Tootsie Pop ice cream bar wrappers I have.  Tootsie Rolls and ice cream is not a combination that I think of right away, but I could see the appeal.  I’d assume that these were around for a short time, and possibly only on the West Coast, as I’ve only ever found these two examples – both of which came from California. 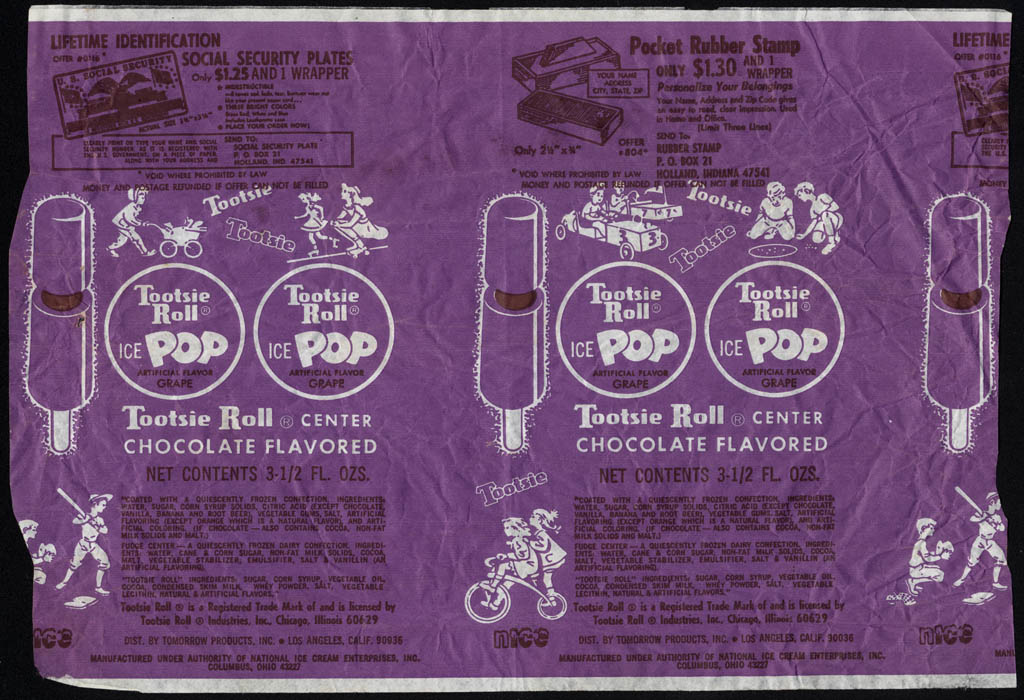 These days the ice cream section of the grocery store is full of great candy bar tie-ins.  I had wanted to show the packaging for one of my current favorites – the Reese’s Klondike Bar, but I couldn’t find the packaging in my files (it’s in there somewhere).  Needless to say, they are delicious.  So instead, I’ll show this earlier Reese’s ice cream treat from 1994: 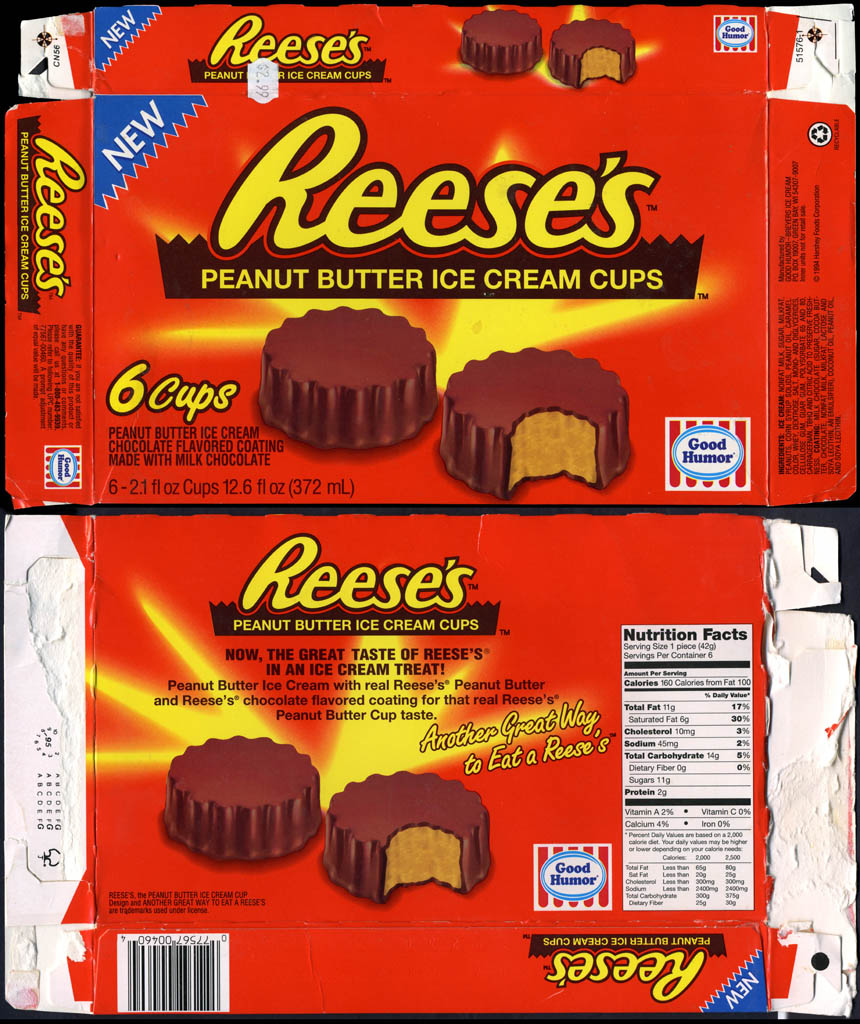 Here’s a single-sell wrapper for one of the Good Humor Reese’s: 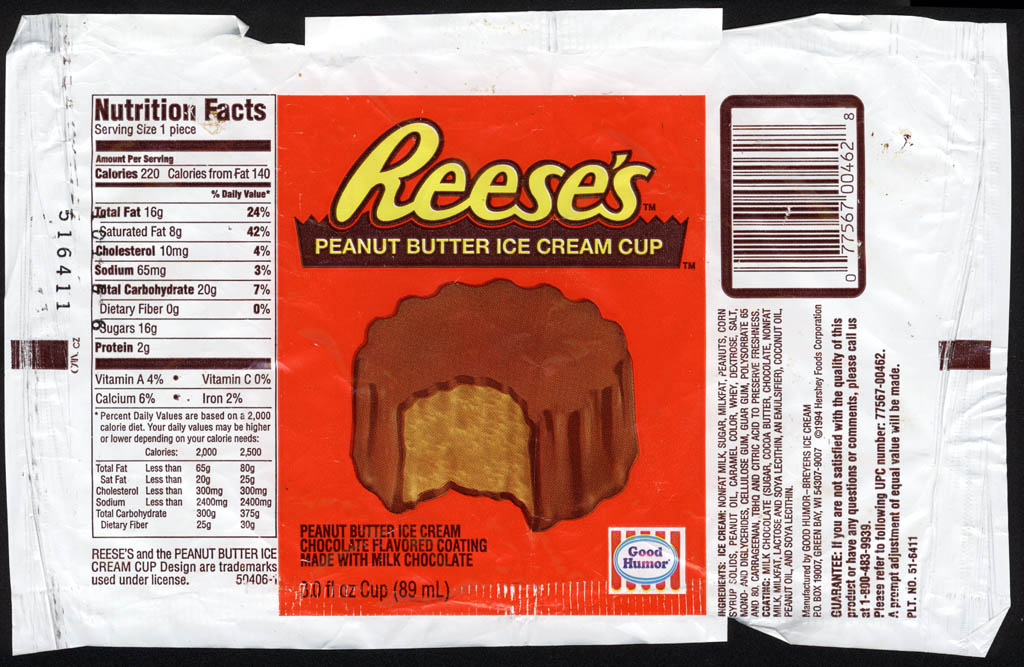 As you can see, a candy collector can find a lot of fun in the frozen isle.

One last bit to show today, is a group of packaging that was actually the impetus of today’s piece.  On a recent trip to a Target store, I was surprised at the assortment of candy-related freeze pops.  Some of them a direct candy brand tie-ins, and others were a bit more loosely tied to the confectionery world.  I’ll round out today’s frosty article, with images of a few: 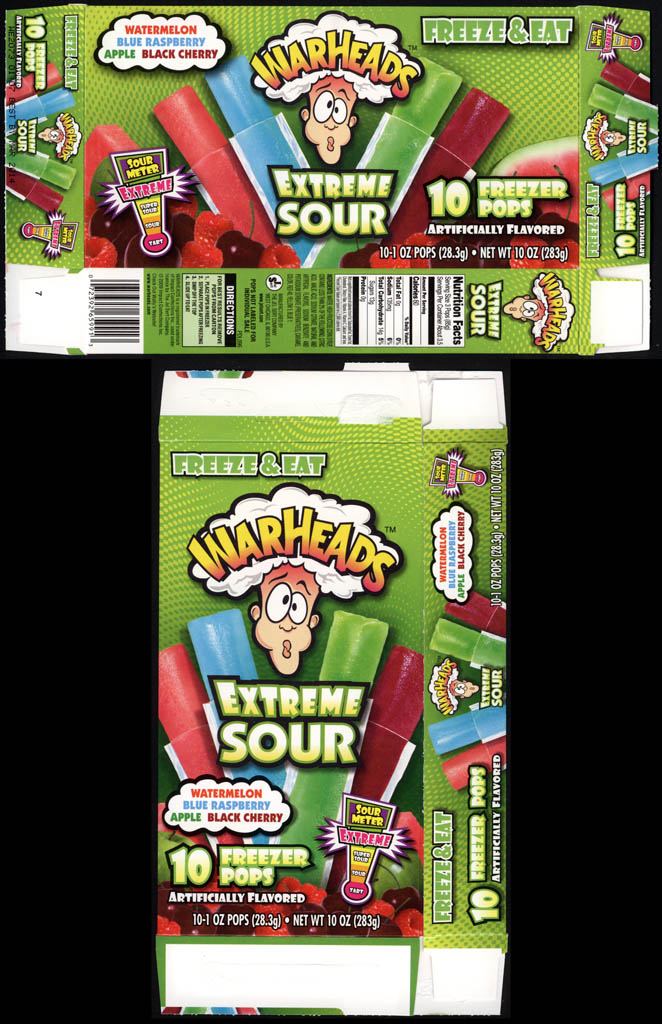 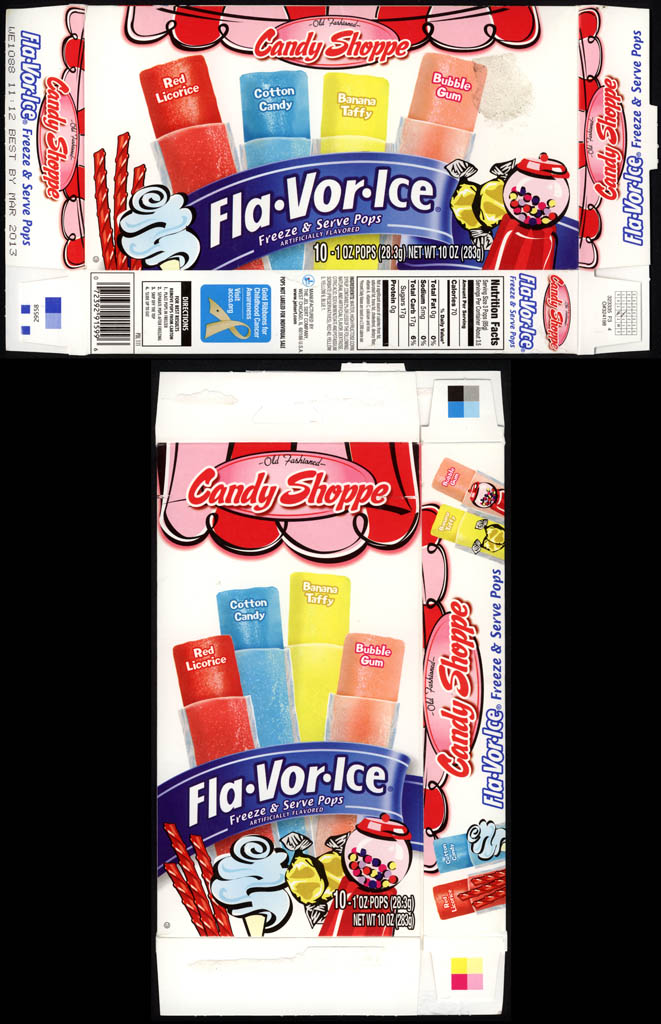 One last bit of frozen candy fun.  A look at a vintage Charleston Chew wrapper, revealing that they’ve always valued time spent in the fridge.

Put a Charleston Chew in the refrigerator or freezer, take it out, then slam the bar on a table, shattering it into delicious bite-size pieces.  Hence the slogan printed on the wrapper, “Crack it up!”: 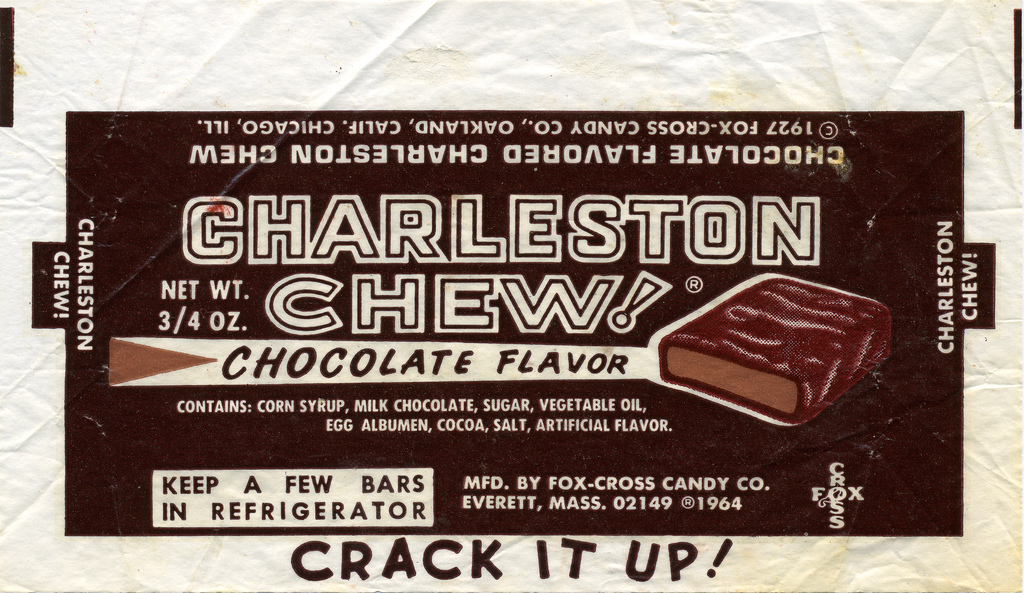 That’s everything for today.  Stop back by tomorrow for a little weekend movie tie-in.

A New York City based writer, editor and sometimes actor. After spending much of the 1990′s in the comic book business helping tell the stories of Marvel Comics’ X-Men as series editor, he has since split his time between developing his own entertainment properties while still consulting and working on others. Having been described as “the Indiana Jones of lost and forgotten candy”, Jason is one of the country’s premier candy collectors and historians with his discoveries appearing in countless blogs, magazines, newspaper articles, and books. Always happy to share his knowledge and unique perspectives on this colorful part of our popular culture, Jason has consulted with New York’s Museum of Food and Drink and has also been a featured guest on Food Network’s Heavyweights, France’s M6 Capital, and New York’s TheActionRoom.com. My Google Profile+
View all posts by Jason Liebig →
This entry was posted in 1970's, 1980's, 1990's, Hershey and tagged 1970's, 1980's, 1990's, 70's, 80's, 90's, candy, candy bar, collectible, collection, confection, confectionery, frozen, ice cream, packaging, retro, summer, sweets, treat, vintage, wrapper. Bookmark the permalink.