Right about now you might be thinking – when will this glorious wave of gum end?  Maybe that’s not what you’re thinking, but either way, I hope you’re enjoying these looks at what is likely the largest collection of contemporary gum in the country.

Today I’ve got another round of photos of eight display cases to share.  It’s a lot to take in, so make the jump and enjoy the view!

Display Case 25, the first case image shown today, contains an assortment of Big League Chew pouch bubble gum packages.  It also contains a few Big League Chew pouches that I spent all of last year hunting for, but never found.  That Tangy Apple flavor foil pack is one I have only found a tiny thumbnail image of, and it was too small for my Big League Chew Retrospective.   So while I didn’t have them for that, at least I can show  you these amazing images today.  On to the rest! 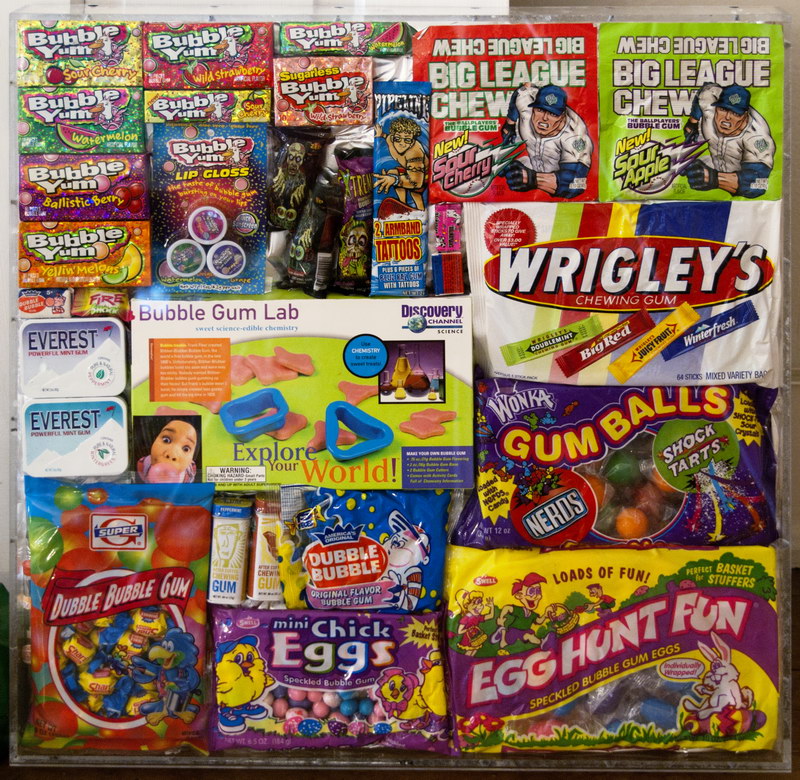 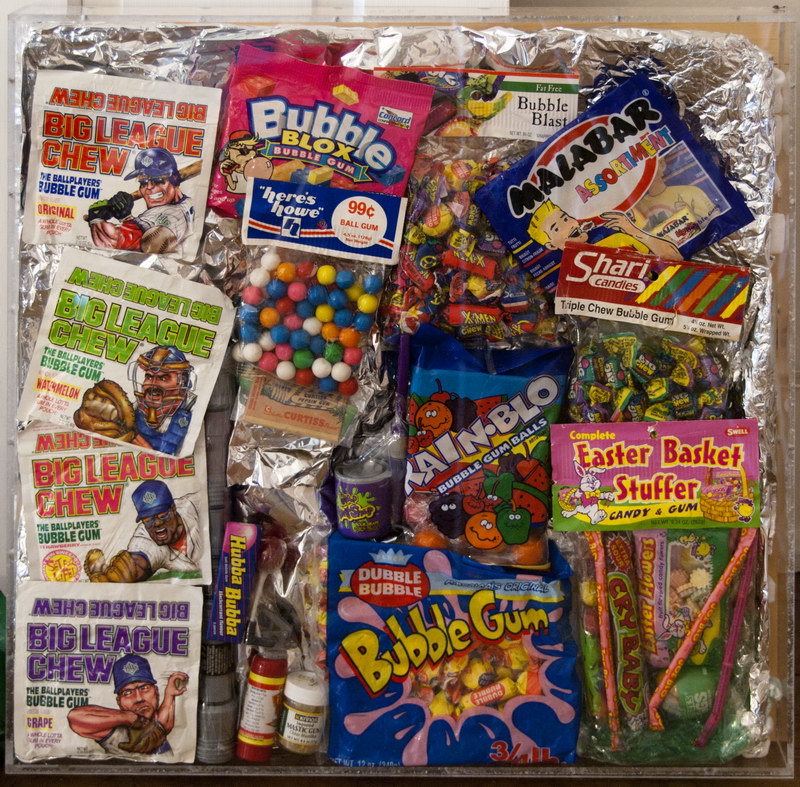 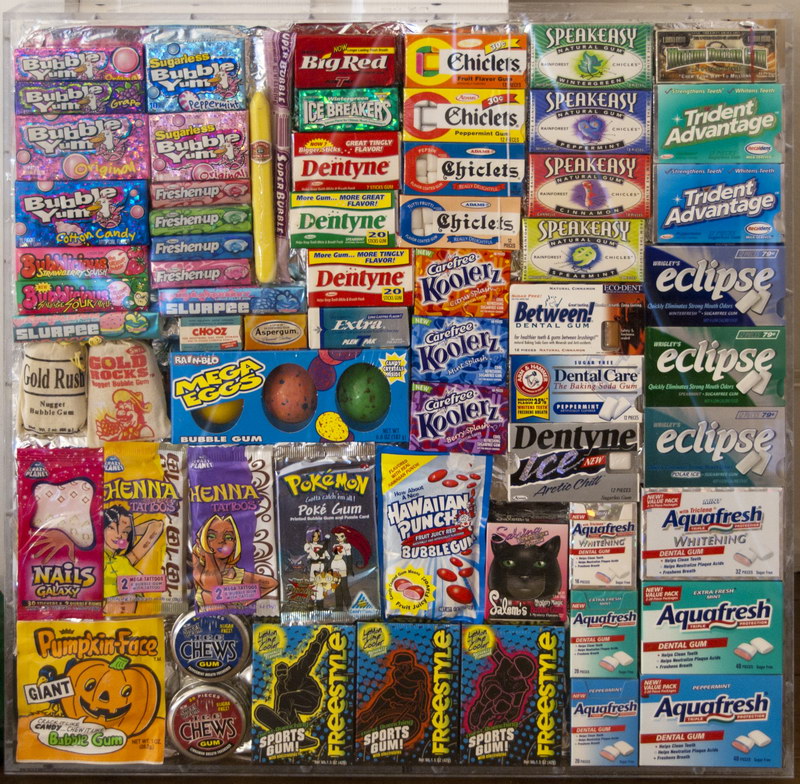 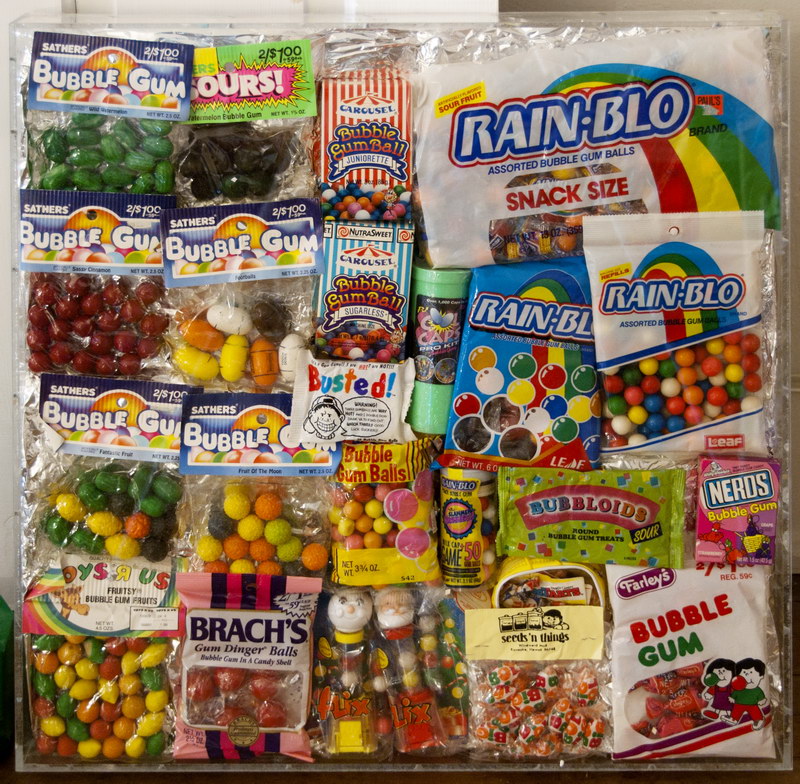 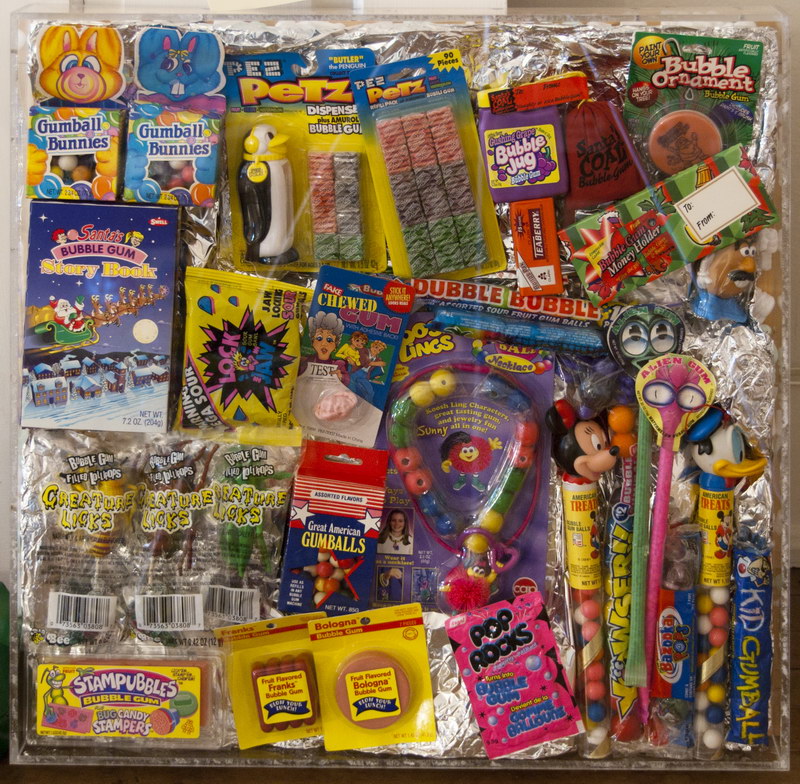 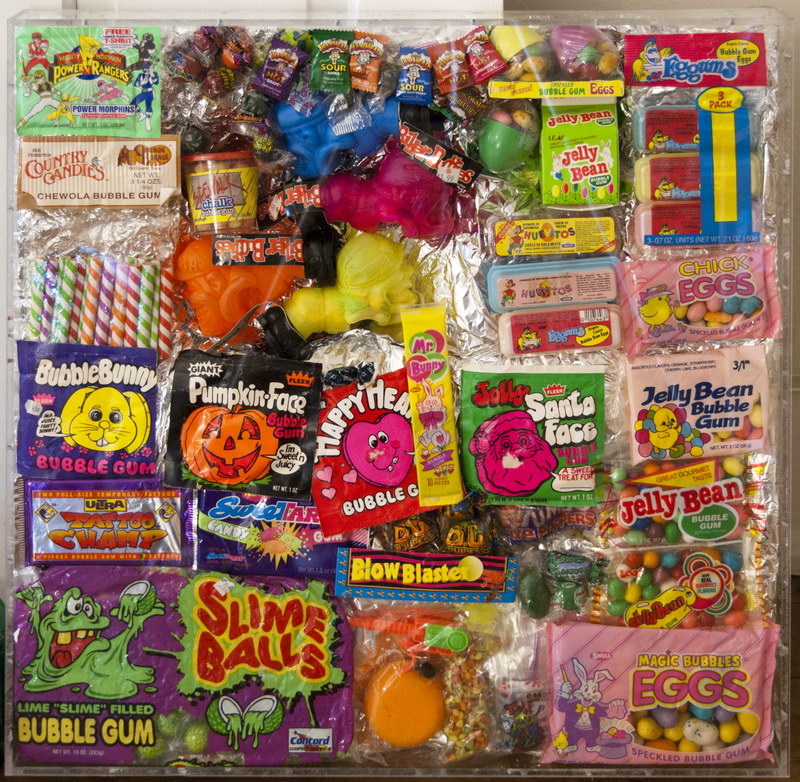 That’s it for today’s coverage of Jeff Nelson’s collection.  Tomorrow I’ll be wrapping up the display case photos from the trip.

I don’t know about you, but when I see it all laid out like this, I’m always amazed at the variety and volume of gum and bubblegum that’s been released, and Jeff has only been collecting since the early 80’s.  There was no shortage of this stuff in the previous decades, either.

Wednesday we’ll have a double edition of Wacky Wednesdays, to make up for the lack of an entry last week, and then some brand new material on Thursday.  I still have some great video that I want to share from the CollectingCandy.com road trip, as well as wonderful interview footage with Jeff Nelson, and I hope to have that on the site by the weekend.

A New York City based writer, editor and sometimes actor. After spending much of the 1990′s in the comic book business helping tell the stories of Marvel Comics’ X-Men as series editor, he has since split his time between developing his own entertainment properties while still consulting and working on others. Having been described as “the Indiana Jones of lost and forgotten candy”, Jason is one of the country’s premier candy collectors and historians with his discoveries appearing in countless blogs, magazines, newspaper articles, and books. Always happy to share his knowledge and unique perspectives on this colorful part of our popular culture, Jason has consulted with New York’s Museum of Food and Drink and has also been a featured guest on Food Network’s Heavyweights, France’s M6 Capital, and New York’s TheActionRoom.com. My Google Profile+
View all posts by Jason Liebig →
This entry was posted in 1980's, 1990's, Fleer, Gum, Topps and tagged 1980's, 1990's, 80's, 90's, bubble gum, bubblegum, collectible, collection, collector, confection, confectionery, gum, retro, sweets, vintage, wrapper. Bookmark the permalink.