Tonight I’ll be revealing additional images from the gum collection of Jeff Nelson.

Before we get to that, a little update on the CollectingCandy.com field trip.

Today was the last leg of a week-long sugar-filled journey, as we visited the studio and home of legendary writer/artist, Jay Lynch.  We sat down with Jay for a few hours talking comics, Wacky Packages, and of course candy.  The content of that interview will be the subject of a later feature here on the site, but I did want to mention it, as it was a great afternoon.

Now, getting back to Jeff Nelson’s amazing collection. 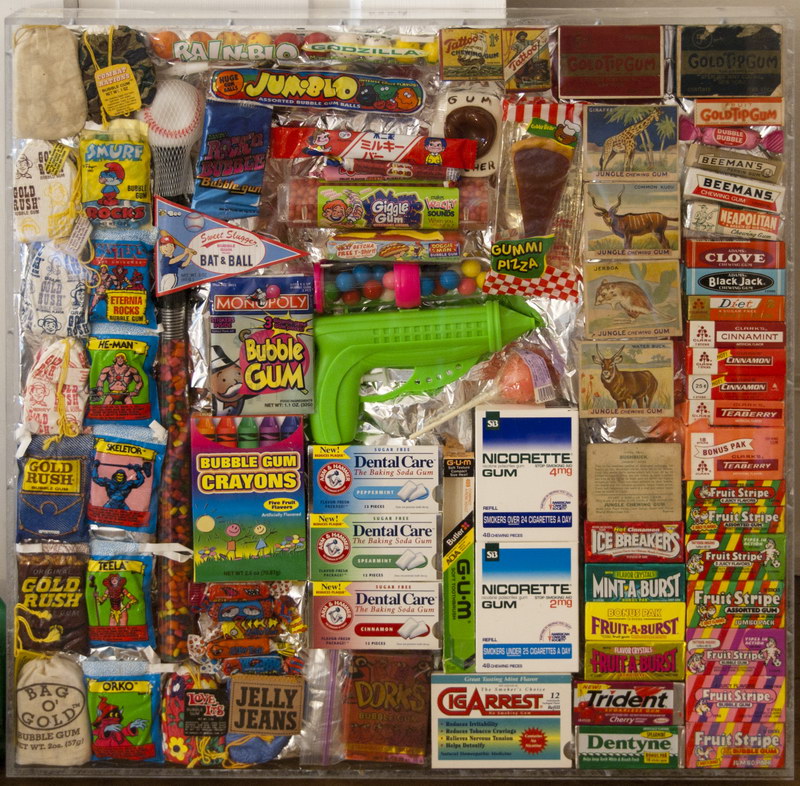 Now feast your eyes on seven more cases of gum-goodness: 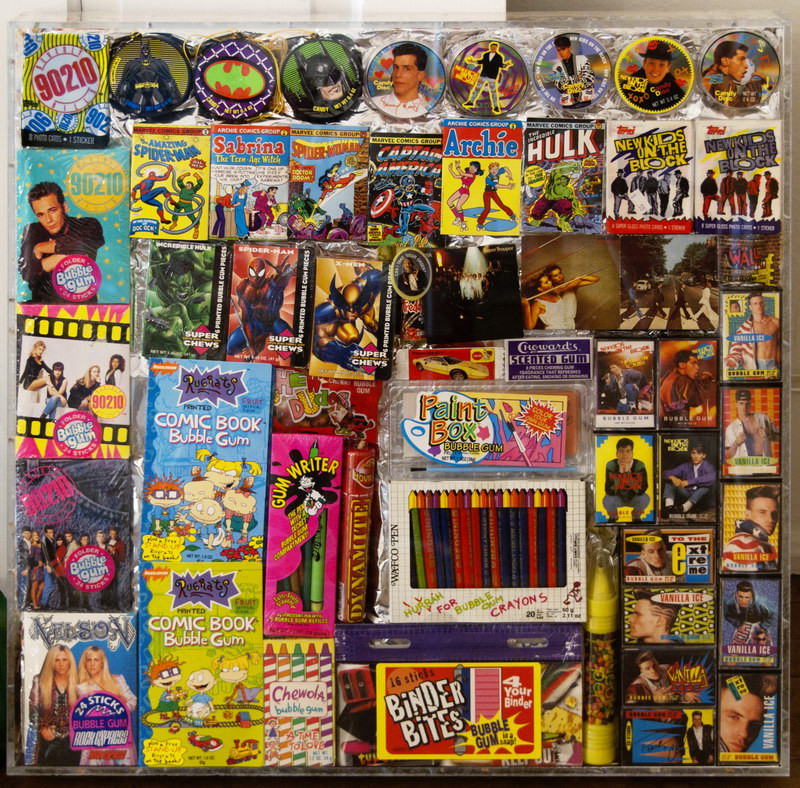 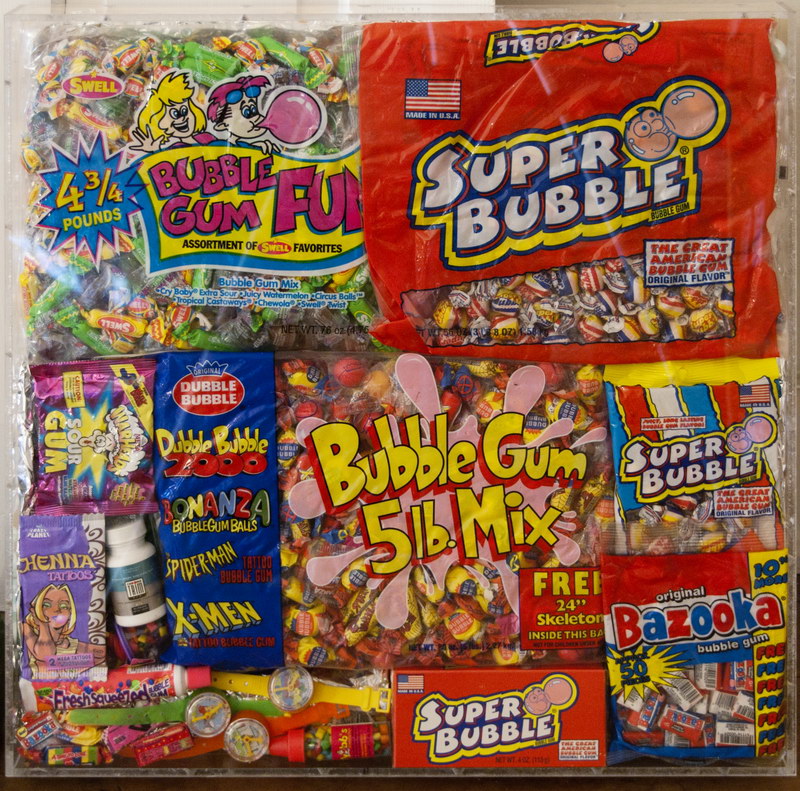 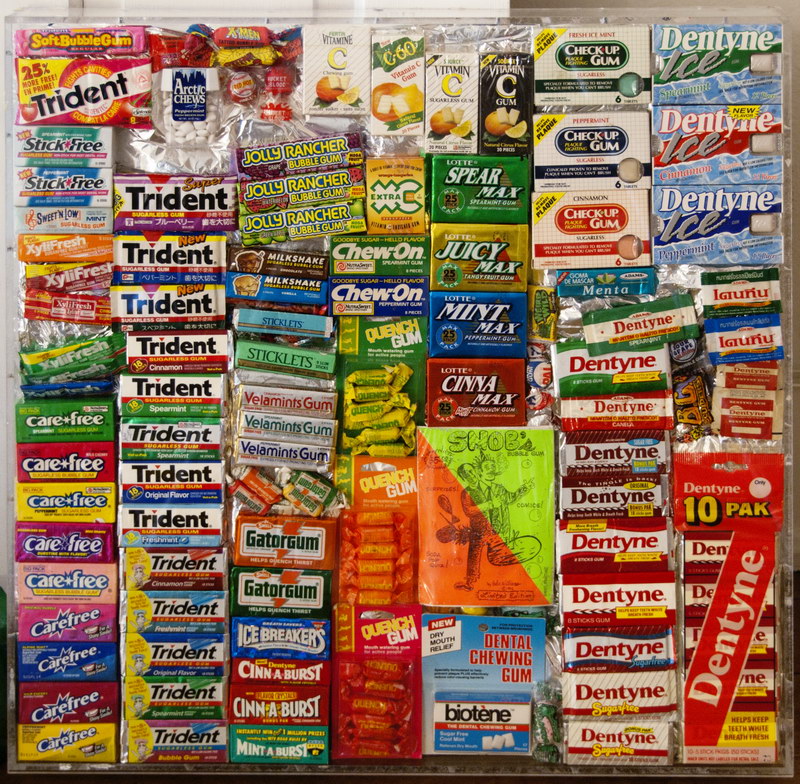 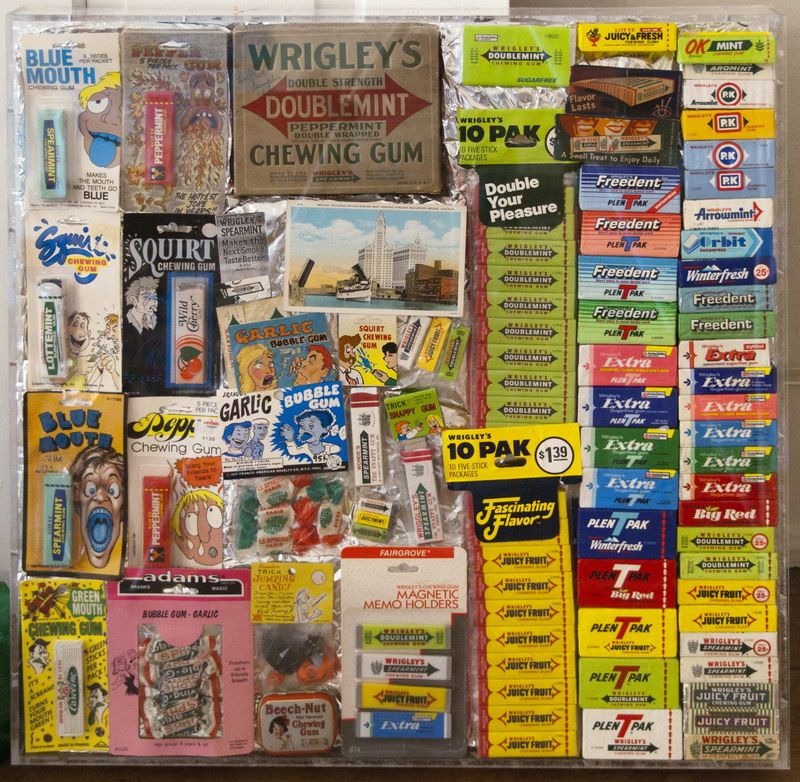 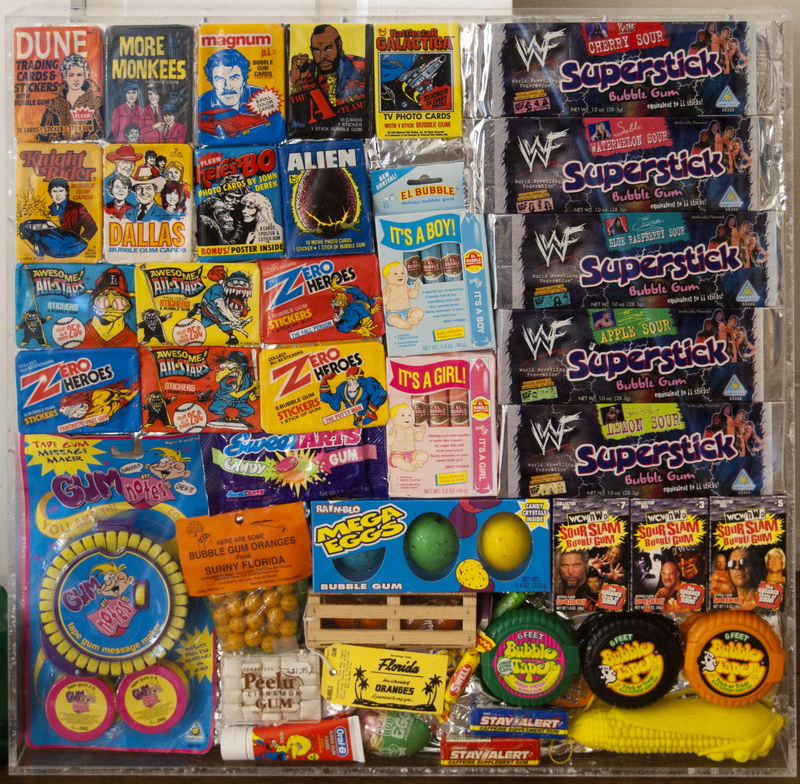 That’s everything for today.  Tomorrow we’ll be finishing up the road trip and making our way back to New York City.  With any luck, I’ll be able to round out the coverage of Jeff Nelson’s collection with the interview and video footage we shot.  Haven’t done any video editing for the site yet, so there’s a learning curve to climb, but with any luck, you’ll be seeing some fun field trip vids by Sunday night.

A New York City based writer, editor and sometimes actor. After spending much of the 1990′s in the comic book business helping tell the stories of Marvel Comics’ X-Men as series editor, he has since split his time between developing his own entertainment properties while still consulting and working on others. Having been described as “the Indiana Jones of lost and forgotten candy”, Jason is one of the country’s premier candy collectors and historians with his discoveries appearing in countless blogs, magazines, newspaper articles, and books. Always happy to share his knowledge and unique perspectives on this colorful part of our popular culture, Jason has consulted with New York’s Museum of Food and Drink and has also been a featured guest on Food Network’s Heavyweights, France’s M6 Capital, and New York’s TheActionRoom.com. My Google Profile+
View all posts by Jason Liebig →
This entry was posted in 1980's, 1990's, Bubble Gum and tagged 1980's, 1990's, 80's, 90's, bubble gum, bubblegum, candy, collectible, collecting, collection, collector, confection, gum, novelty, packaging, retro, sweets, vintage, wrapper. Bookmark the permalink.