When Mikes and Ikes get competitive. A fun new Just Born Promotion! 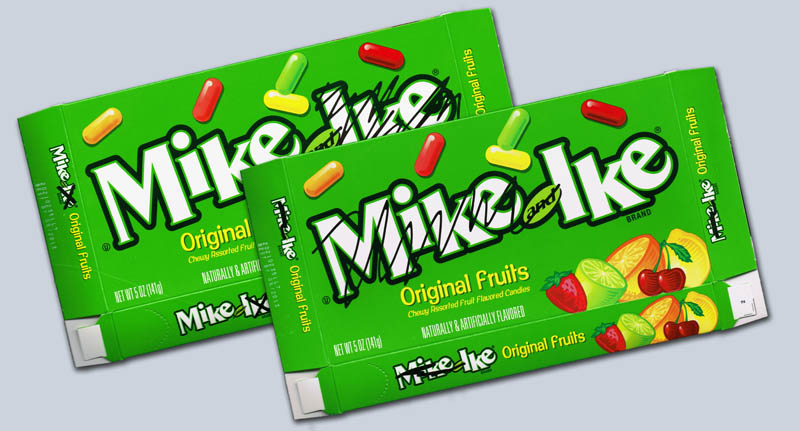 Though I mostly focus on all-things-vintage with regard to candy, I still do collect and celebrate current candy packaging and at their related promotions.  Yesterday, my brother informed me that he had found a fun new promotion on the packages of Mike and Ikes.   When he showed me images of the boxes, I thought for a moment someone had met a celebrity and had them autograph the boxes, but I was wrong.

Just Born has set “Mike” and “Ike” onto a bit of a friendly competition – and I’m curious as to where it might be heading.  Let me show off the full boxes so you can see what I mean: 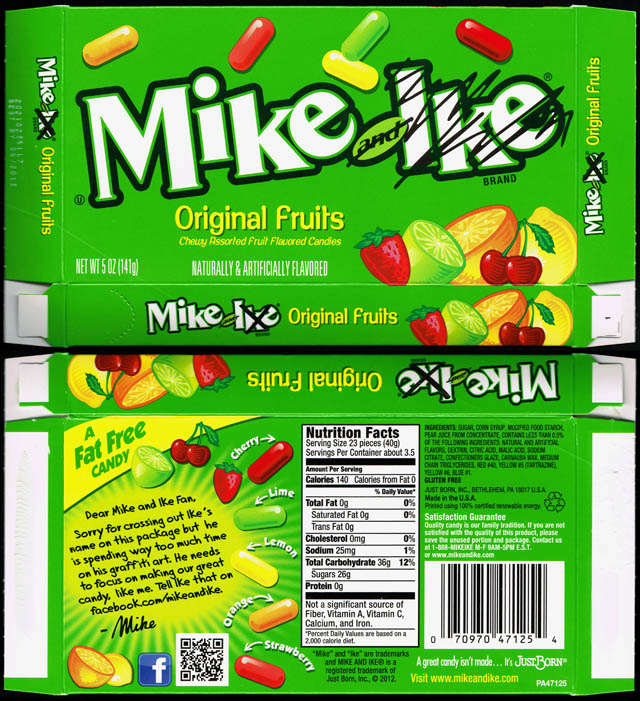 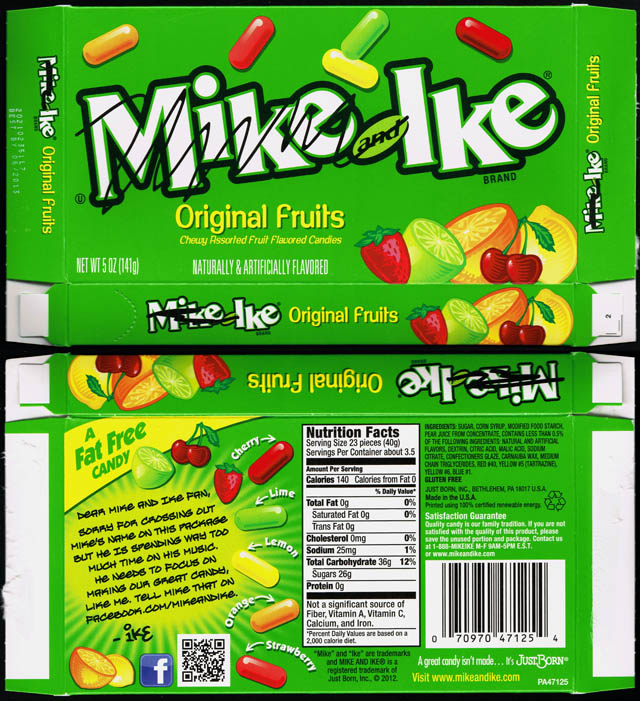 Here are the messages they’ve left for consumers and fans, in reference to one another:

Messages from Mike and Ike

I would have liked to have seen the separate “Mike” and “Ike” boxes get their own separate flavor assortments, but it’s still cool, and avoids the confusion that would inevitably follow a division of flavors.

I have to say, I always enjoy when companies play with their brands like this.  Though it’s quite a different promotion, I was also a fan when M&M’s lost their colors.

In these cases, the actual candy remains the same, but the look of the packaging or the visual of the confection has changed.

That’s all for today’s look at the “Mike” or “Ike” promotional packaging that I just spotted this weekend.   I would like to mention that I’m working on an expansive look back at the Mike & Ike brand, as well as the range of Just Born products.  It’s a huge amount of research, but when I get there, you’ll find it here.

Tomorrow I’ll be going back to the vintage, so stop by and check it out.