The Phoenix Candy Company is best known for their product Now & Later, but during the 1960’s and 1970’s, Phoenix also sold quite a few series of Candy-and-a-Toy boxed candy.  Today I’ll be covering their 1978 release, based on the King Features property Flash Gordon. 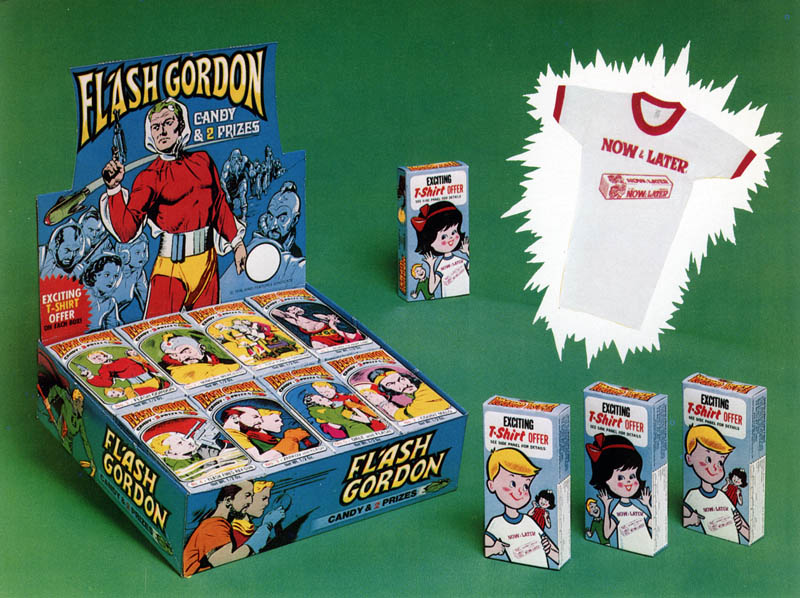 The above image is part of a one-sheet sales flyer for the Flash Gordon release that would have been distributed to retailers for ordering, or for advertising.  It’s great in that it shows a full display box, as well as a burst-out revealing the mail-away for this line – a Now & Later t-shirt.

It might be difficult to imagine now, but these toys in candy boxes were not uncommon when I was growing up in the 1970’s.  The toys were never a big deal, comparable to the small plastic Cracker Jack toys of the time, but still… as a kid, this was value!

I don’t know if Phoenix was always in the Candy-and-a-Toy business but these types of offers go back to the 1960’s and earlier.  They could easily be a collecting category unto themselves.

I have a pair of these Phoenix Company Flash Gordon boxes in my collection. 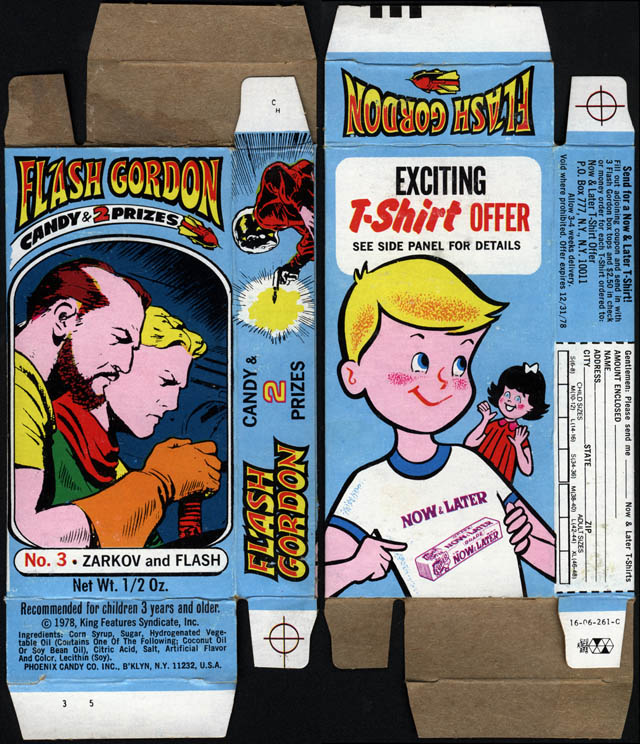 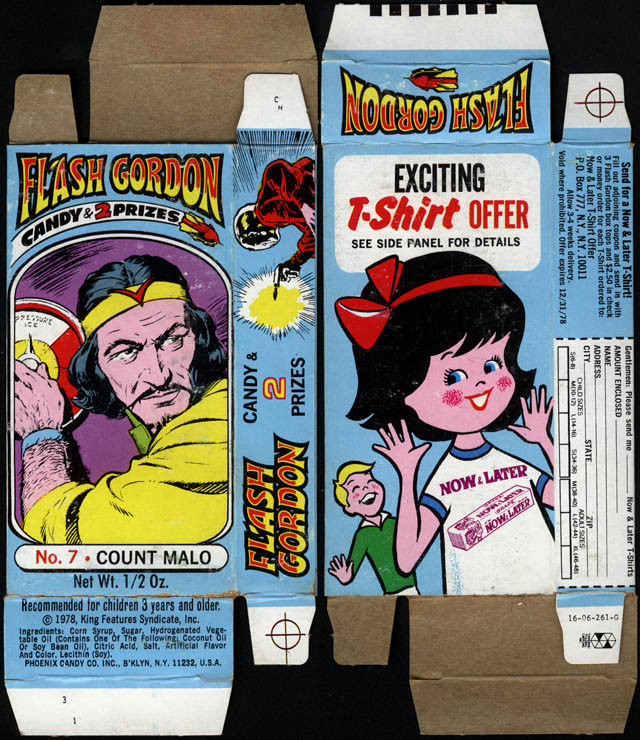 Phoenix licensed a number of properties for their “Candy-and-a-Toy” series, and they must have been successful, as is evidenced by the multitude releases over the years.  I recall Fat Albert, Welcome Back Kotter, Planet of the Apes, and more.  Sadly I don’t have images for those others to share today.

I suspect that, given time and a lot of hunting, I could write an expansive look back on just this part of Phoenix Candy history.  For now, I shall use what I have in my collection.

Here are two other Phoenix Candy-and-a-Toy series boxes I have.  As you can see, cartoons and comics were the go-to for the kind of property they attached to these.  But prime time television was also included.  Now that I think about it, I believe they did a Happy Days series of these. 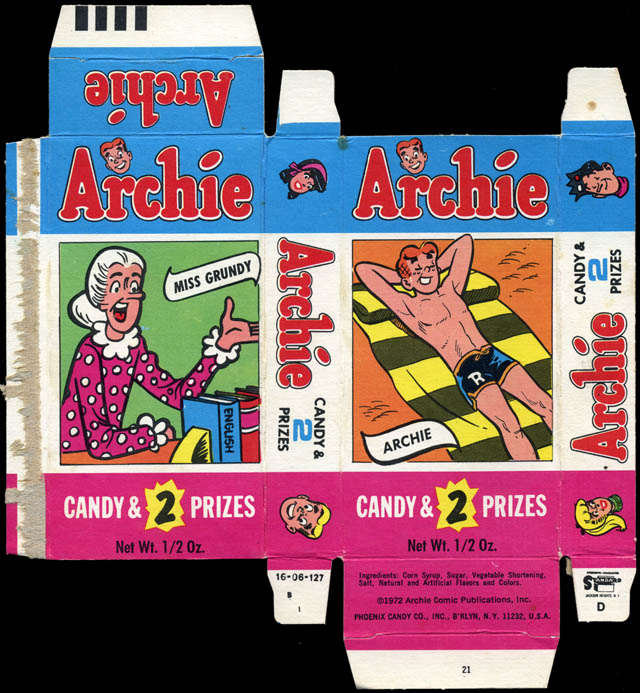 That’s all for this glimpse at a fun throwback genre of candy packaging – the Candy-and-a-Toy, from Phoenix Candy Company.  I hope you enjoyed it, and if you recall any of the other lines released over the years, drop a line and share.

A New York City based writer, editor and sometimes actor. After spending much of the 1990′s in the comic book business helping tell the stories of Marvel Comics’ X-Men as series editor, he has since split his time between developing his own entertainment properties while still consulting and working on others. Having been described as “the Indiana Jones of lost and forgotten candy”, Jason is one of the country’s premier candy collectors and historians with his discoveries appearing in countless blogs, magazines, newspaper articles, and books. Always happy to share his knowledge and unique perspectives on this colorful part of our popular culture, Jason has consulted with New York’s Museum of Food and Drink and has also been a featured guest on Food Network’s Heavyweights, France’s M6 Capital, and New York’s TheActionRoom.com. My Google Profile+
View all posts by Jason Liebig →
This entry was posted in 1970's, Boxed. Bookmark the permalink.