Couldn’t decide what to talk about today, so I put my hand in the grab-bag and came out with a rather unusual piece from Philadelphia Chewing Gum’s Swell subsidiary – Earth Shaker bubble gum. 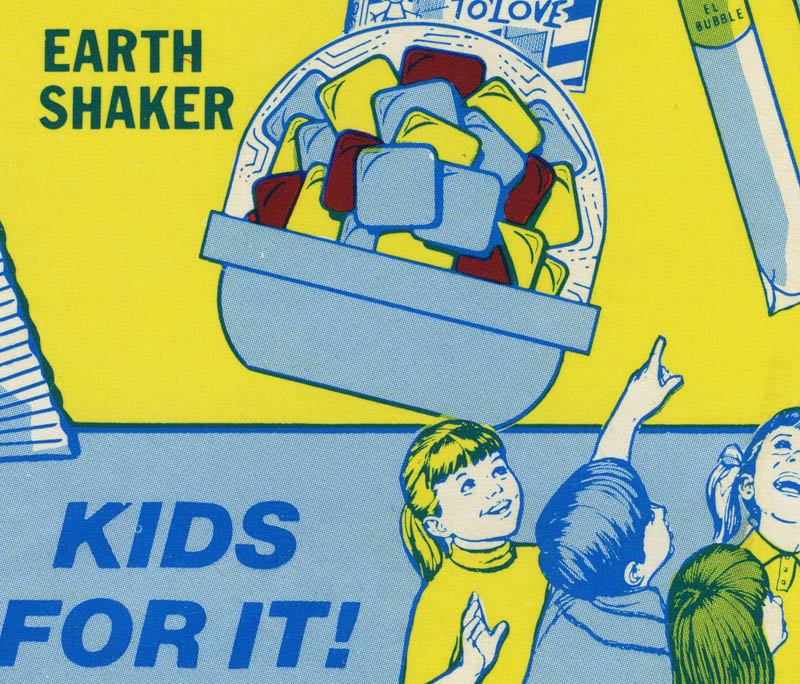 Earth Shaker promo from back of other display box - 1980's

My favorite aspect of Earth Shaker is the very thing that makes it a bit tough to cover as a candy collector – its packaging is as unusual as it is commonplace.  Earth Shaker gum, you see, was simply a smaller Chiclets-style gum, packaged and sold in a plastic capsule – the exact kind you’d find in a 25-cent vending machine.   I have one Earth Shaker sealed example in my collection – this likely dates to the middle 1980’s: 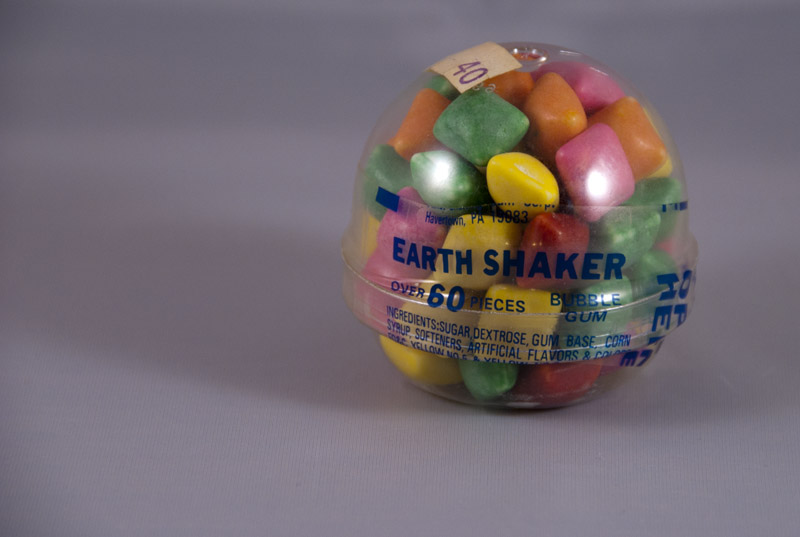 So if you’re looking for fun graphics, Earth Shaker is not going to provide them – at least not the individual containers.  The display boxes these were sold from did contain graphics and a colorful logo.  I don’t have any of those, but I did dig up a pair of interesting images from the late 1970’s.   This image shows us a standard display box from 1977: 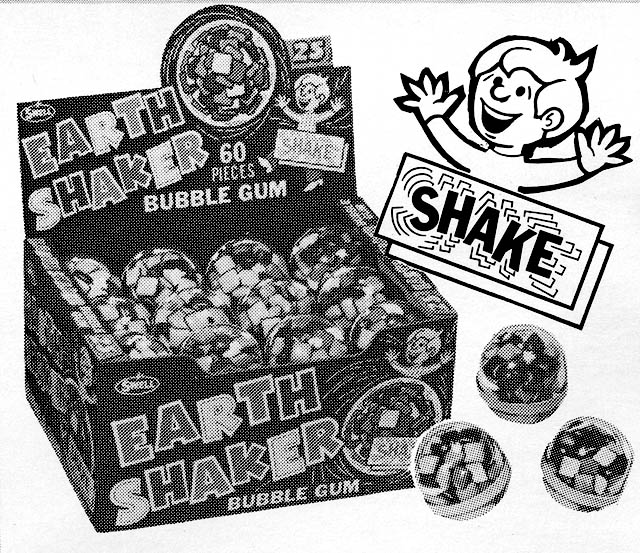 And here is a trade clipping that showcases a holiday edition of Earth Shaker, also from 1977:

My research suggests that Earth Shaker was introduced in 1976, and lasted until the late 1980’s.  I have not found evidence that it was sold in the 1990’s.

A New York City based writer, editor and sometimes actor. After spending much of the 1990′s in the comic book business helping tell the stories of Marvel Comics’ X-Men as series editor, he has since split his time between developing his own entertainment properties while still consulting and working on others. Having been described as “the Indiana Jones of lost and forgotten candy”, Jason is one of the country’s premier candy collectors and historians with his discoveries appearing in countless blogs, magazines, newspaper articles, and books. Always happy to share his knowledge and unique perspectives on this colorful part of our popular culture, Jason has consulted with New York’s Museum of Food and Drink and has also been a featured guest on Food Network’s Heavyweights, France’s M6 Capital, and New York’s TheActionRoom.com. My Google Profile+
View all posts by Jason Liebig →
This entry was posted in 1970's, 1980's, Bubble Gum, Gum and tagged 1970's, 1980's, 70's, 80's, bubblegum, candy, collectible, collecting, collection, confection, Earth Shaker, Earthshaker, gum, packaging, Philadelphia Chewing Gum, sweets, Swell. Bookmark the permalink.