When the film Beetlejuice hit theaters in 1988 it was pretty amazing.  It still stands as an extraordinary piece of film-making by visionary director Tim Burton.

For me it was the first time I noticed Burton’s work, or a candy bar I would come to learn had been around for decades.

Not only did the film showcase the unexpected and unforgettable use of Harry Belafonte’s rendition of Day-O (The Banana Boat Song), but it also featured the strange, non sequitur appearance of a Zagnut bar. 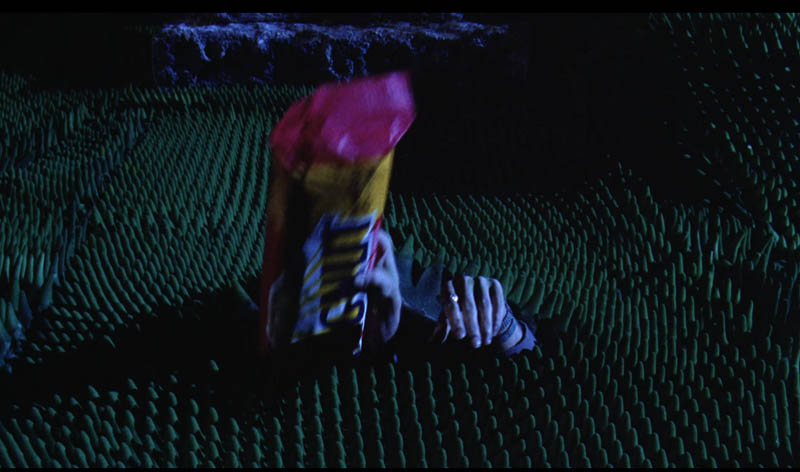 Beetlejuice offers it up

In the post-Family Guy world, out-of-left-field scenes like this are commonplace, but in 1988 you didn’t know quite what to do with it.  For me, I thought it was awfully cool and I never forgot it.

The scene takes place approximately 38 minutes in, when Beetlejuice finds himself still stuck in the miniature town landscape set piece – his erstwhile prison.   A fly walking along the artificial grounds is seeking food, and from out of the ground comes the miniaturized Beetlejuice hands, holding an attractive treat. 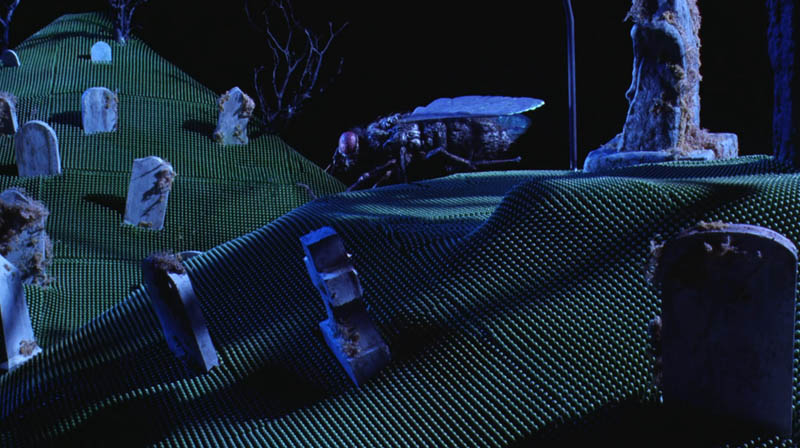 Beetlejuice - fly minding his own 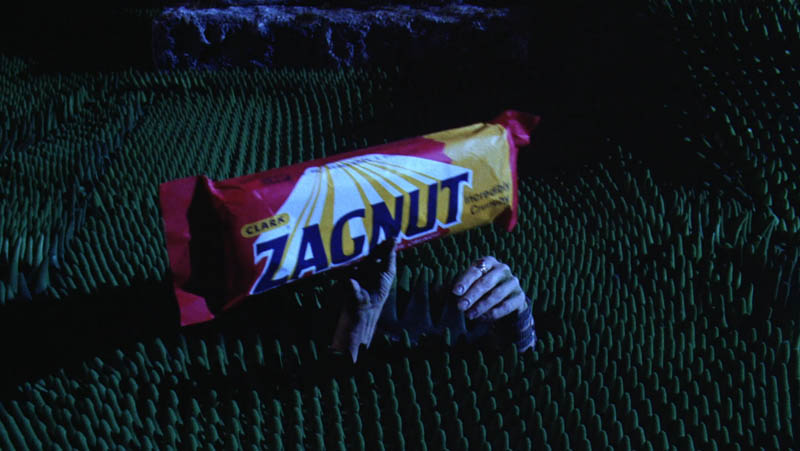 Beetlejuice - get over here fly! 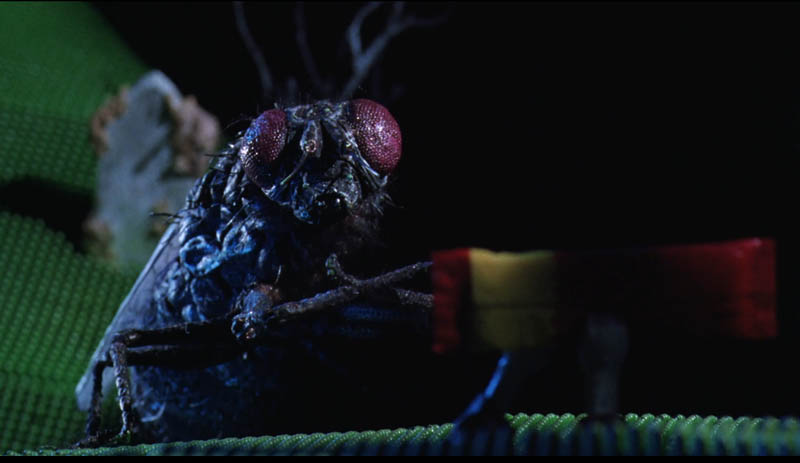 Unfortunately for the insect, he doesn’t make it out of the scene.  Instead, as he approaches for the treat, Beetlejuice grabs him and pulls him under.  The fly becomes Beetlejuice’s snack.  Creepy, right?

Even though Zagnut has been around since 1930, I don’t think I had encountered it as a kid.  Maybe by the 1970’s, it wasn’t getting great distribution anymore, or perhaps I just missed it.  Either way, my association with the candy bar is forever linked to this film.  I cannot pick up a Zagnut (a bar which I quite enjoy, now that I’ve had them) without quoting this Beetlejuice scene.  That’s the kind of nerd I am, I suppose.

This finally comes back to my collecting, because due to this film I’ve had a special affection for the bar, and by connection the wrappers.  It took a while, but I finally found the middle 1980’s wrapper style used in the film.    It joined my collection just last year: 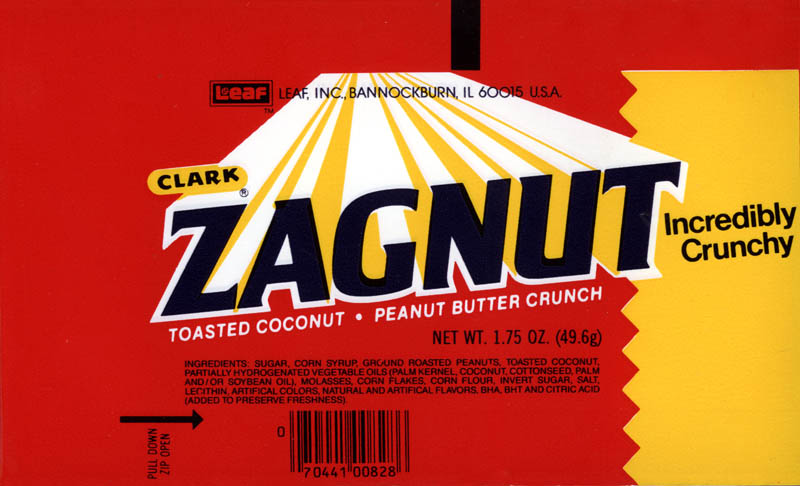 You may have noticed that the Zagnut wrapper has no folds or tears.  This example was trimmed from a printer’s roll of wrappers – so it’s unused and has never held candy, or been machine-sealed.   I acquired it from a gentleman who found it while cleaning out an abandoned printer’s building.

Just so you can see what a real wrapper like this looks like packaged up on a bar – here’s an image of a full Zagnut from the same era:

If you’ve enjoyed this tasty glimpse at the Zagnut today, pop in tomorrow, when I’ll be bringing together more pieces for a complete Zagnut-a-riffic posting.

A New York City based writer, editor and sometimes actor. After spending much of the 1990′s in the comic book business helping tell the stories of Marvel Comics’ X-Men as series editor, he has since split his time between developing his own entertainment properties while still consulting and working on others. Having been described as “the Indiana Jones of lost and forgotten candy”, Jason is one of the country’s premier candy collectors and historians with his discoveries appearing in countless blogs, magazines, newspaper articles, and books. Always happy to share his knowledge and unique perspectives on this colorful part of our popular culture, Jason has consulted with New York’s Museum of Food and Drink and has also been a featured guest on Food Network’s Heavyweights, France’s M6 Capital, and New York’s TheActionRoom.com. My Google Profile+
View all posts by Jason Liebig →
This entry was posted in 1980's, Chocolate, Uncategorized and tagged Beetlejuice, candy, candy bar, collectible, collector, confection, confectionery, film, Michael Keaton, movies, packaging, sweets, Tim Burton, vintage, wrapper. Bookmark the permalink.